Team Ninja’s Nioh 2 is one of the hardest games out right now. Its mixture of punishing Souls-like gameplay and complicated, interlinked mechanics comes together to create a hard but satisfying mix. Understanding the intricacies of the 11 Nioh 2 weapons and their skill trees aren’t just necessary to succeed, choosing two weapons to start with is one of the steps of character creation.

Fortunately, this article is here to break down how to differentiate each weapon type and, more importantly, highlight how they feel, ensuring that the weapons fit your character’s look. After all, Nioh 2’s Character Creation system makes imitating characters from other series really easy.

It’s also worth noting that weapon damage scales with where levels are allocated. While the game explicitly indicates the primary stat that drives a particular weapon’s damage, weapons scale off two other stats. For example, the Sword scales best with Heart but also scales with Strength and Skill but not as well. 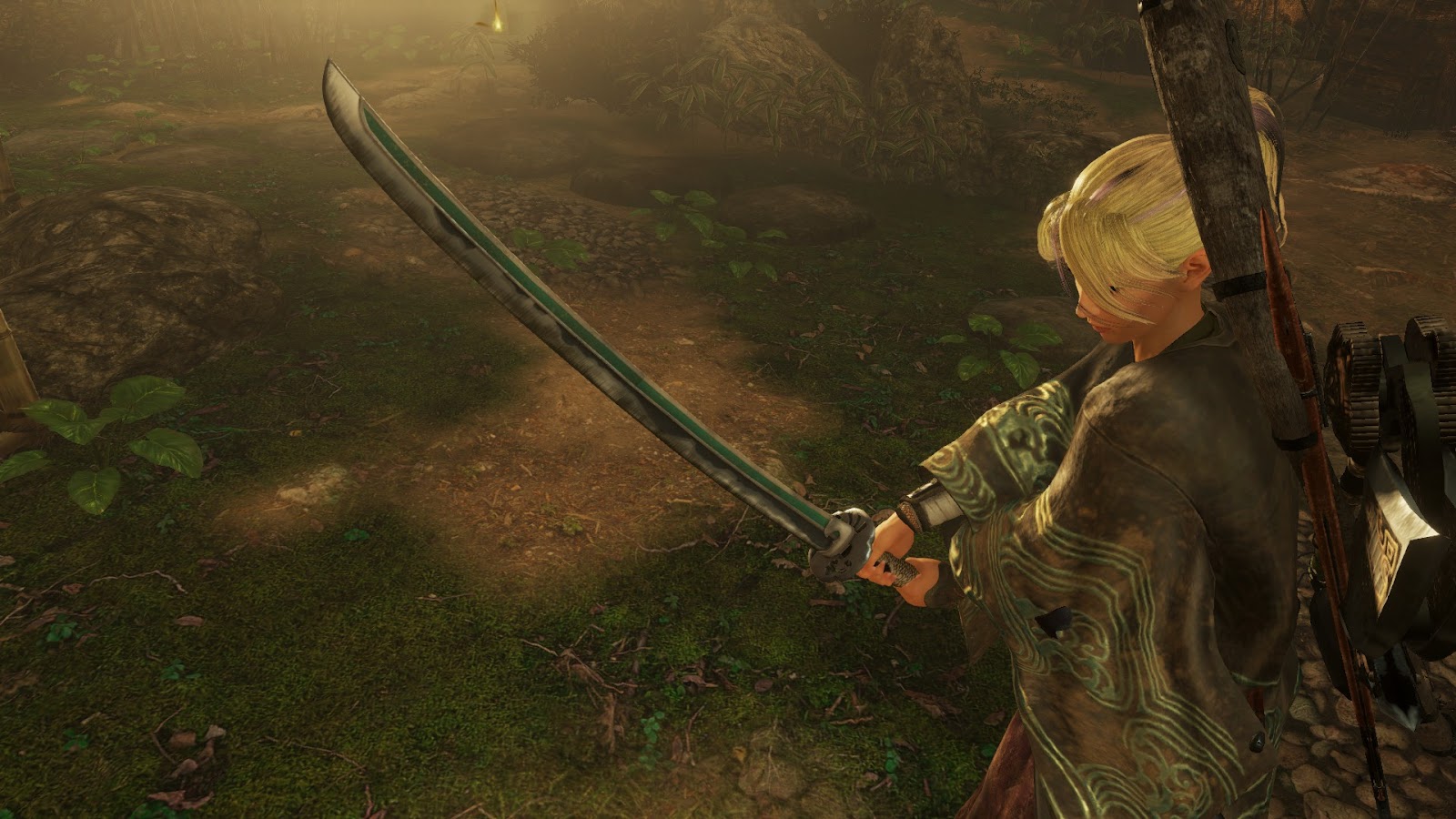 It’s hard to imagine any kind of fantasy game that doesn’t have a sword. It’s equally hard to imagine a game set in The Warring States Period without katanas. In the game, it’s a reliable weapon that is squarely average in all areas. It does, however, have multiple skills that allow you to use Iai Quickdraw, a stylish attack that can deal massive damage in an instant.

Not only is it fantastic for cosplaying Zenitsu from Demon Slayer, one of the mid-game sword skills makes it possible to chain Iai Quickdraw with blocks. 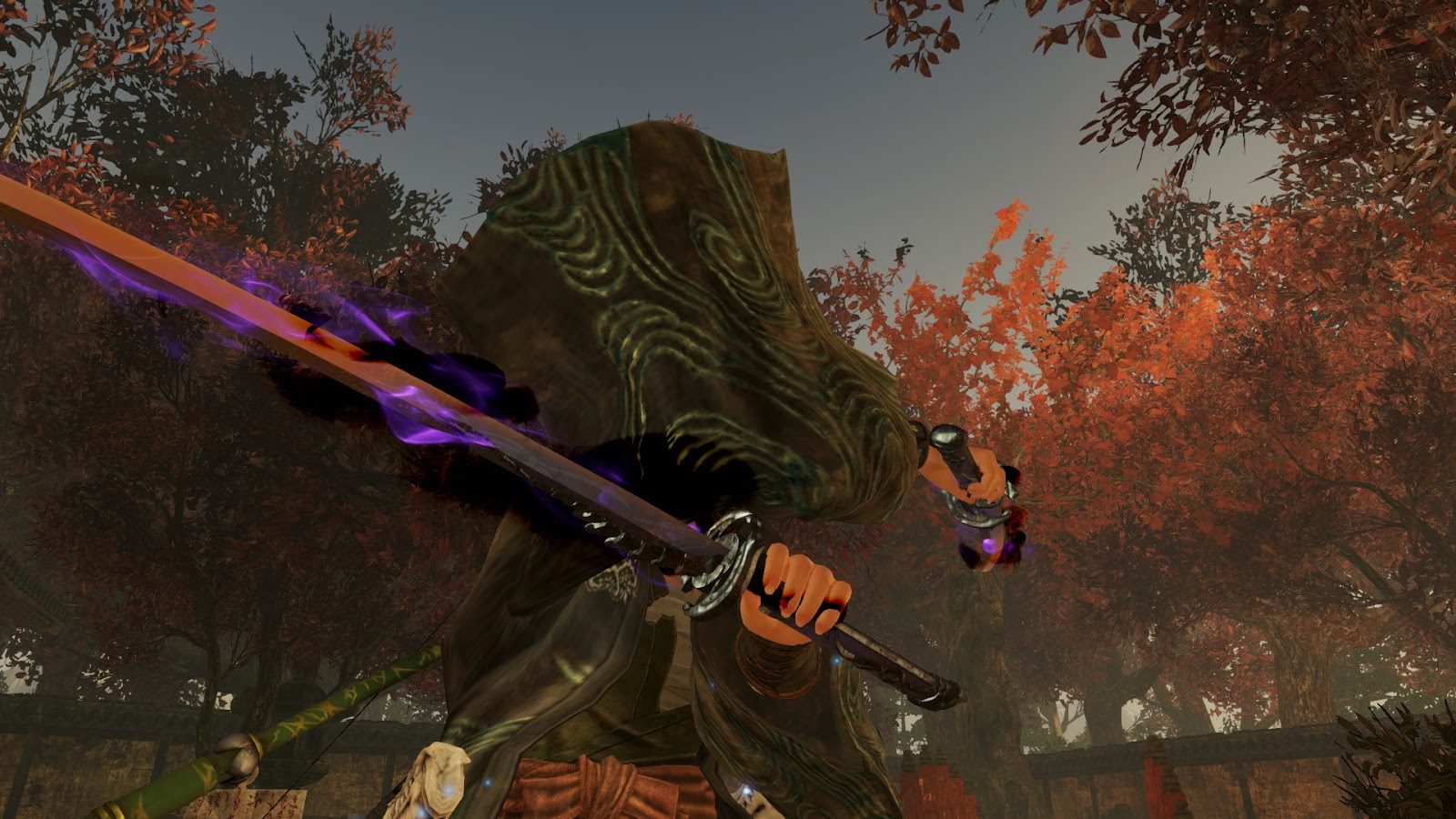 If one sword isn’t enough, there’s always the option of having two. While this weapon type isn’t as versatile as the Sword, it encourages parrying more, by providing a damage boost on successful parries with the Heavenly Flow skill.

It does also have some solid area of effect attacks with its high stance active skills. Dual Swords also encourage sustained attacks by giving a damage boost for maintaining a barrage of attacks which encourages a break from the staccato combat in Souls-like games. 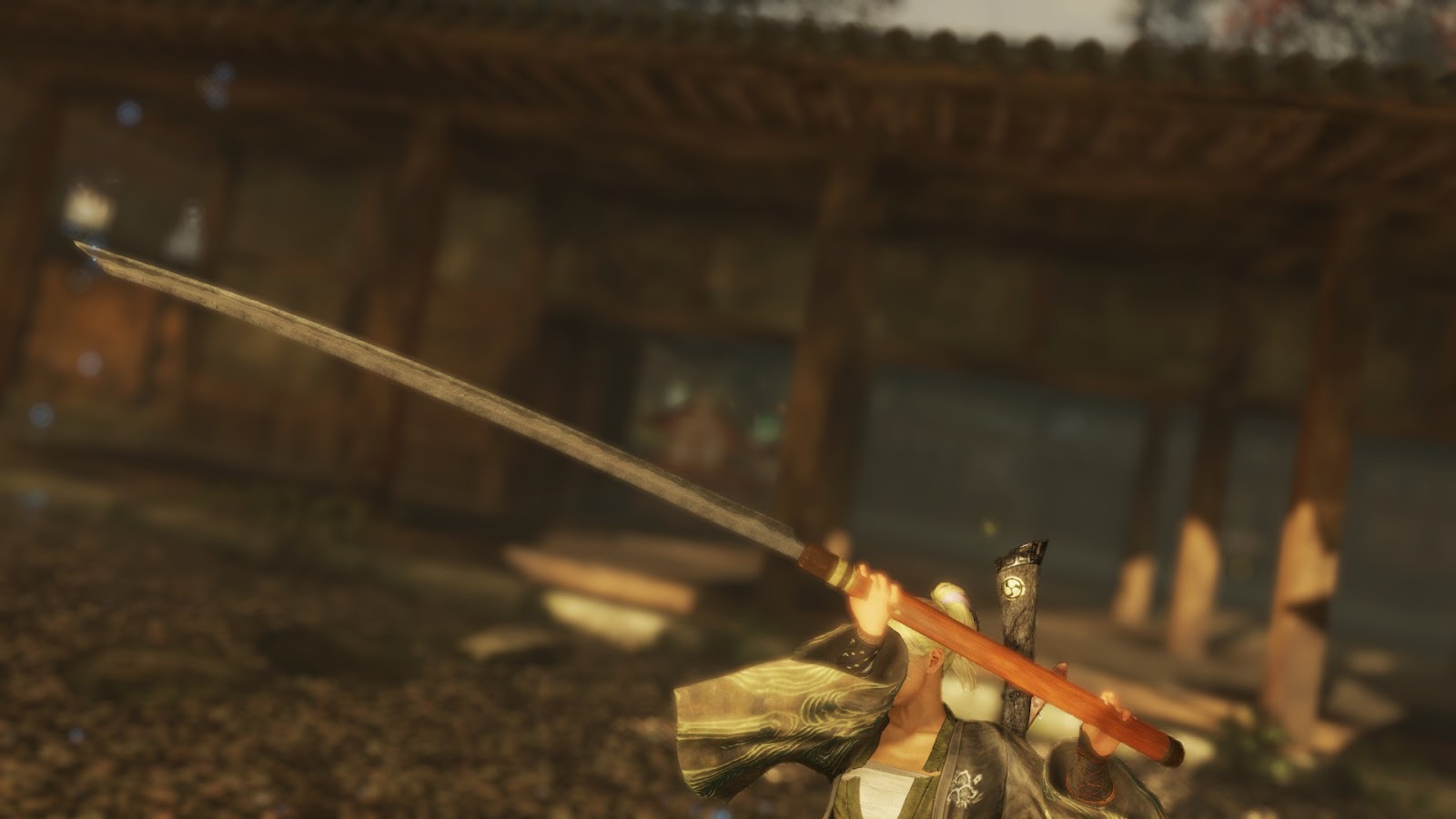 To the uninitiated, an Odachi is essentially a greatsword from western RPGs. It’s a two handed, slower and more deliberate version of the Sword, at least at the start. Once some skill points are invested into its skill tree, the Odachi is great for dealing a lot of damage in a short period of time with skills like Twin Moons.

The Waking Winds and Sunset Breeze skills allow Odachi users to switch quickly between stances to give it some fluidity. In contrast, some Odachi skills can trade movement speed for either ki regeneration or increased defence which does play a large part in its slower, more deliberate playstyle. 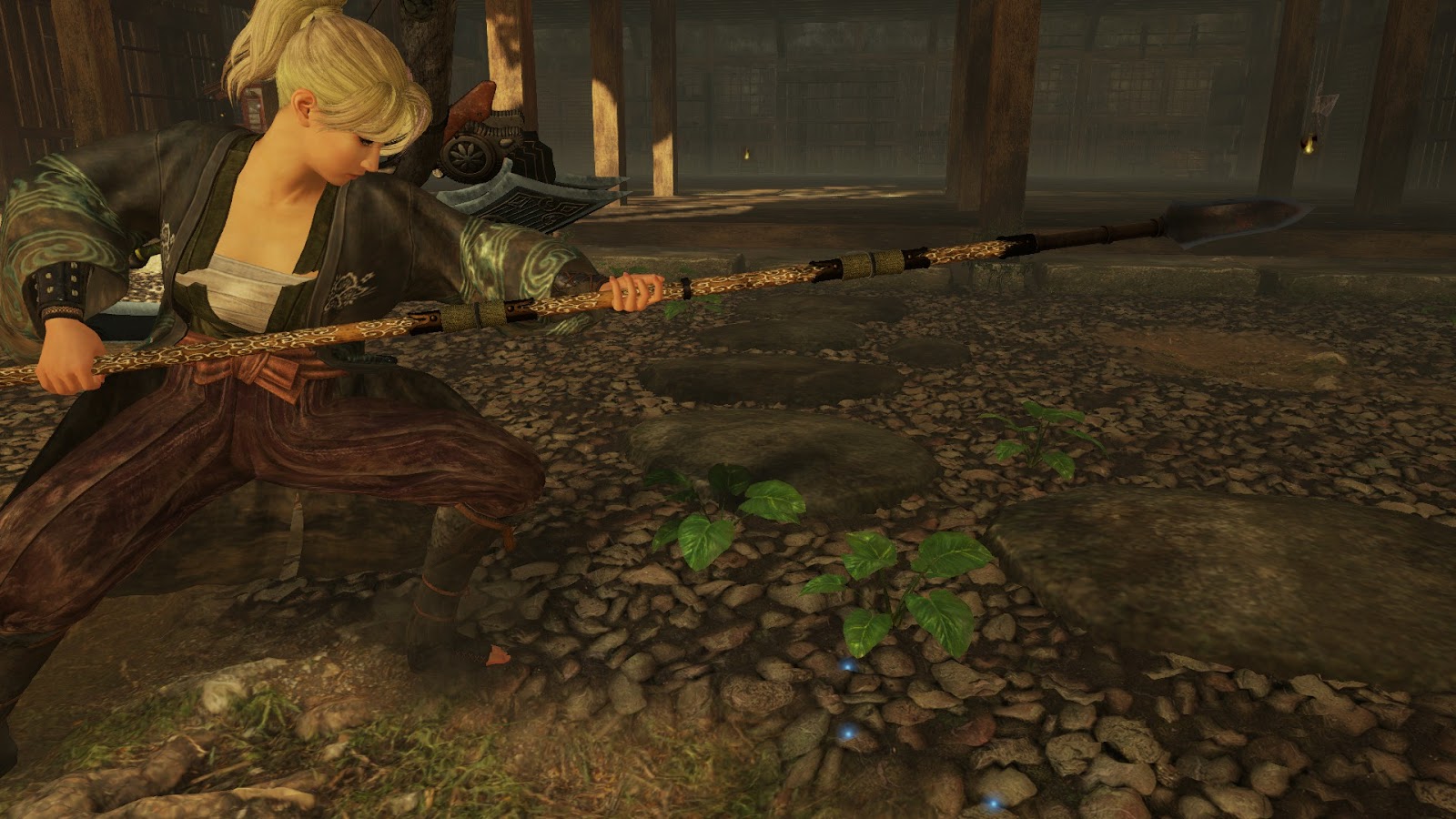 The Spear acts exactly how one would expect it to. It’s a reasonably quick weapon that can struggle when dealing with multiple enemies. However, it’s got the longest reach out of the Nioh 2 weapons since it’s a pointy thing on the end of a long stick. That reach helps its users prod enemies from a relatively safe distance. Its shortcomings at dealing with groups with enemies can be mitigated with active abilities. Also, its attacks use up quite a bit of stamina which is worth keeping in mind. 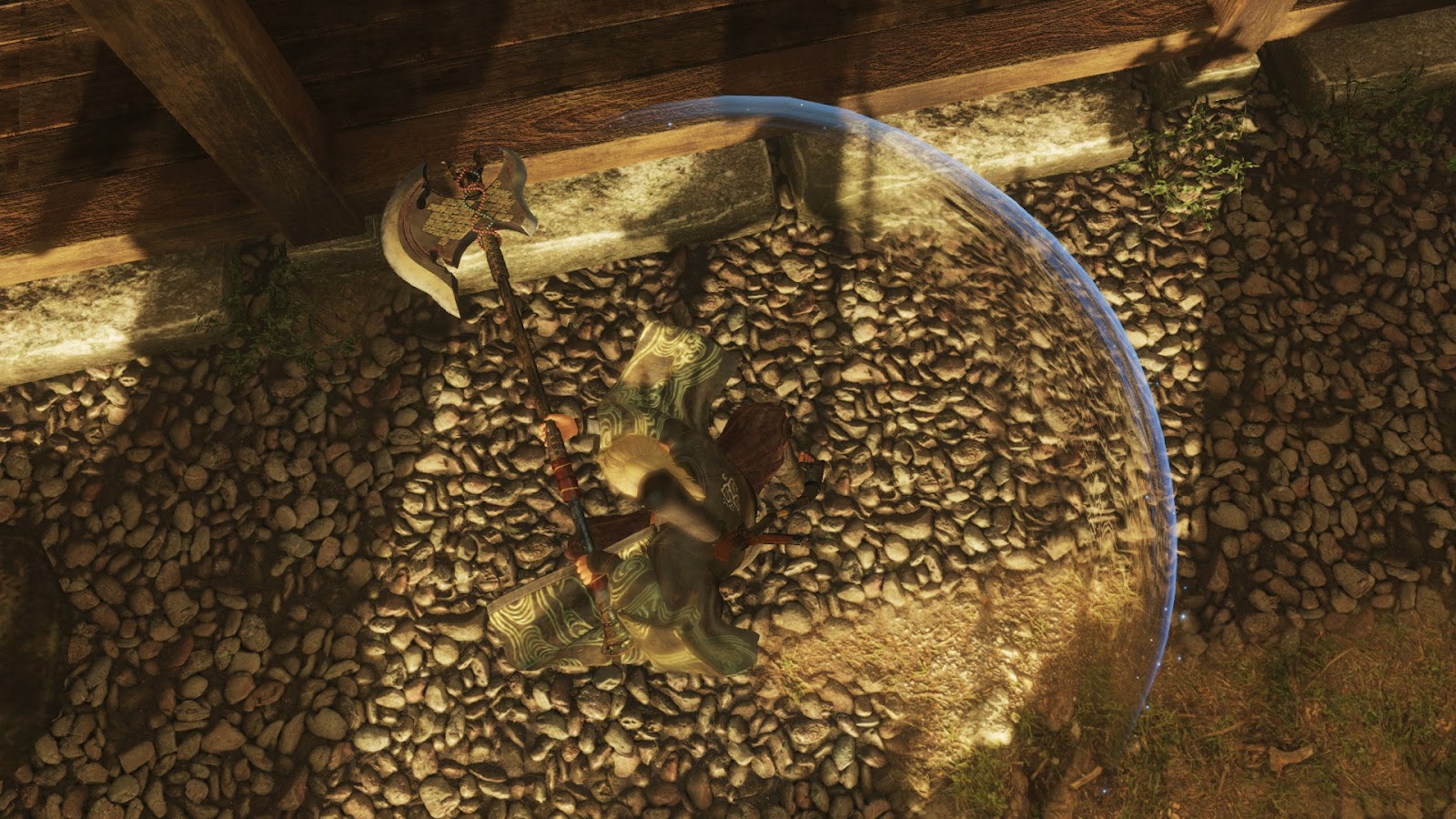 The Axe weapon type is a great offensive pick for dealing with crowds. Attacks are slow, lumbering, and take up a lot of ki, which makes it hard to play defensively. That said, most of its attacks are able to hit multiple enemies, even ones that target single enemies as the animations often include a wind-up sweep that has the potential to hit. Like the Odachi, these weapons have abilities that can trade movement for effects. In this case, movement can be traded for defence or raw damage. 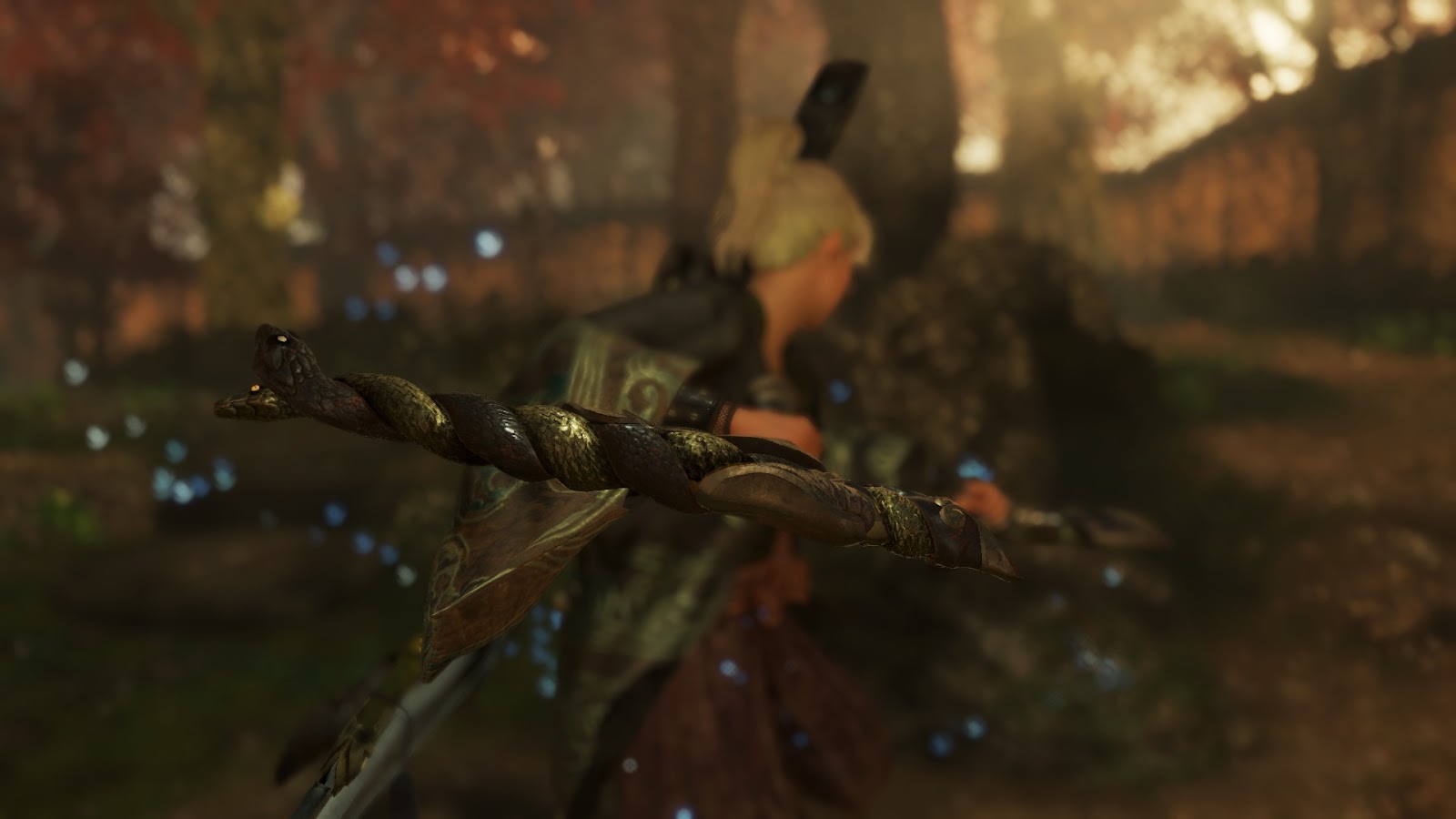 The tonfa are a fairly unconventional weapon type. They excel at creating long, ki-draining combos that make it easy to stun enemies. The early game shove skill allows them to easily deplete enemy ki reliably. The Demon Dance skills let users dodge on ki pulse which is fantastic when used defensively though it's hard to break the muscle memory that the other weapons build. 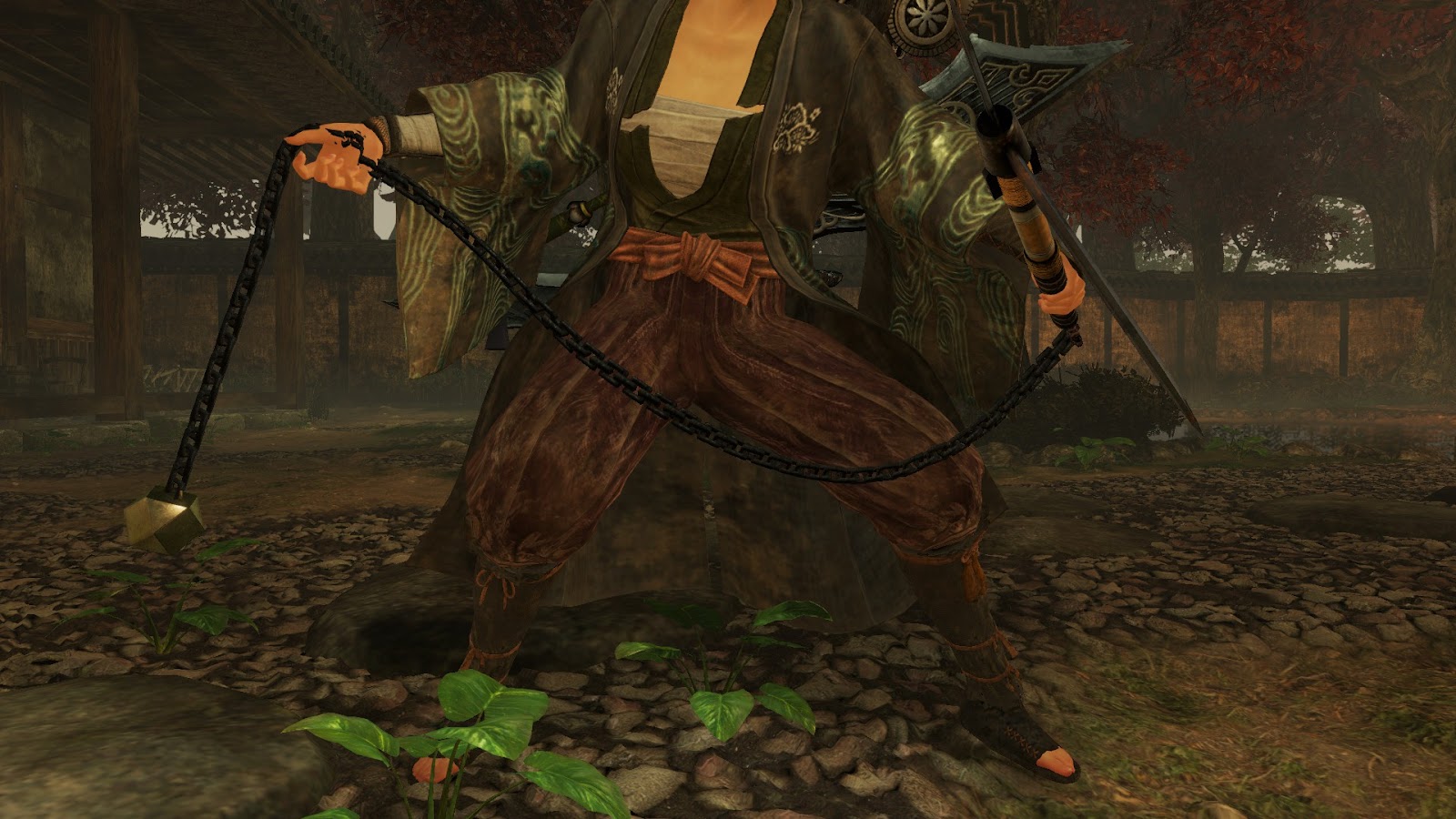 Kusarigama essentially boil down to a metal ball and a sickle connected by a chain. Naturally, this sort of unconventional weapon design translates well into gameplay. Kusarigama can alternate between long-reaching attacks and short-range fast swinging ones based on stance.

The skills available to the Kusarigama take advantage of this to allow users to reel enemies in and allow some truly fast attacks. The speed this weapon type is capable of allows it to easily apply status effects to enemies. Considering that it scales well with Dexterity, which strengthens Ninjitsu, this capability makes it helpful to ninja builds. 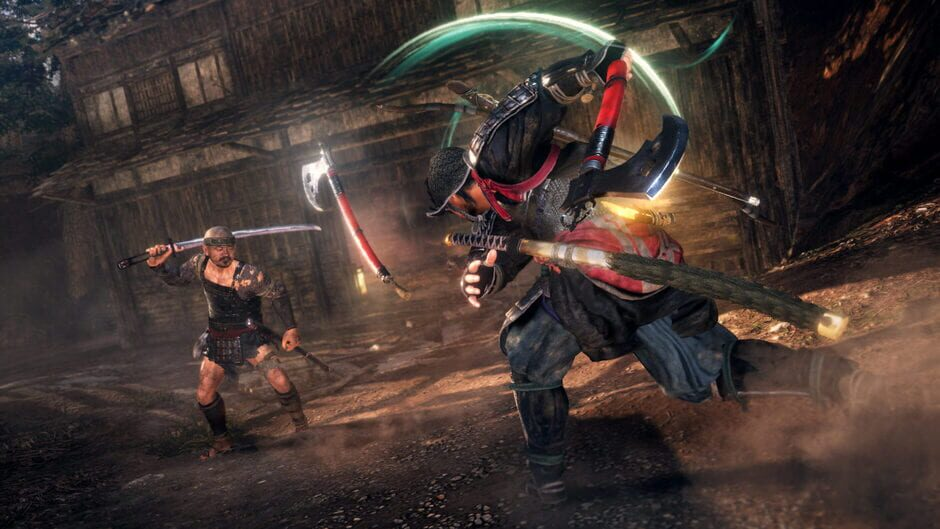 One could be forgiven for thinking that Hatchets are a ranged Nioh 2 weapon. Its skill tree is chock full of skills that involve throwing the hatchets in some way. In actual combat, they work well in blocking and breaking enemy blocks but it’s the throwing that makes them truly unique. Hatchets work fine in melee and can easily stretch out to strike targets further away. It’s also really helpful in luring enemies away from a pack without using valuable ammo to do it. 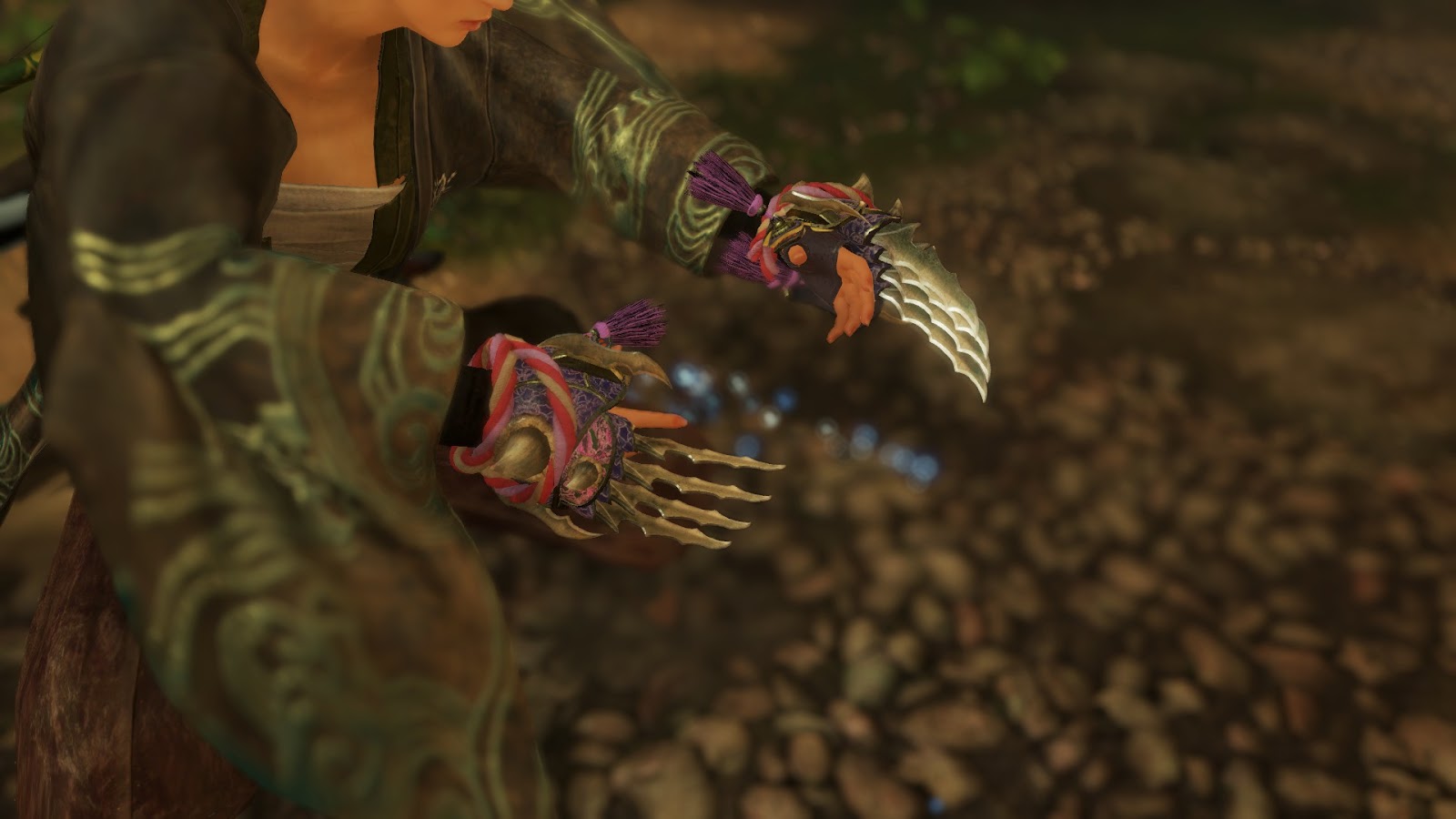 The Fists work similarly to the Tonfa. Instead of dealing high damage on each hit, Fists excel at wearing down enemy ki to open them up for finishers. However, Fists take combos to the next level. The Unbroken skill encourages such play by increasing damage based on the number of active skills used consecutively while allowing forward movement during a ki pulse. Letting out a barrage of attacks to weaken enemies makes Fists incredibly fun to use if very skill heavy. 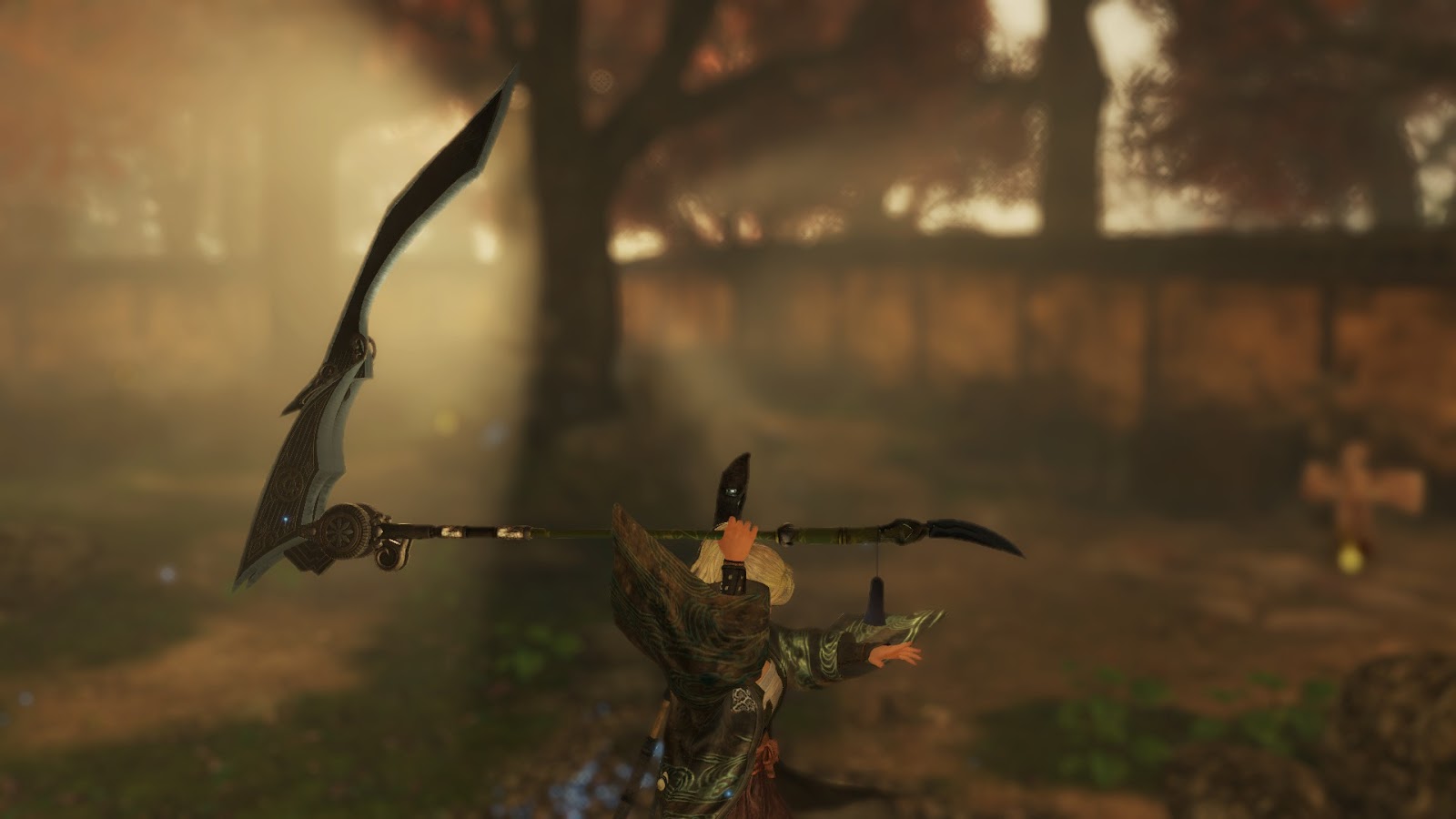 Switchglaives are easily the least realistic Nioh 2 weapons. This weapon is based around transforming from three different weapon forms that change with stances. Each transformation plays to the strength of the stance. Low stance helps with dodging and disengaging. Mid stance can stun and block and high stance deals damage. Switching between stances is incentivised by being able to change mid combo which makes this weapon type incredibly adaptable. 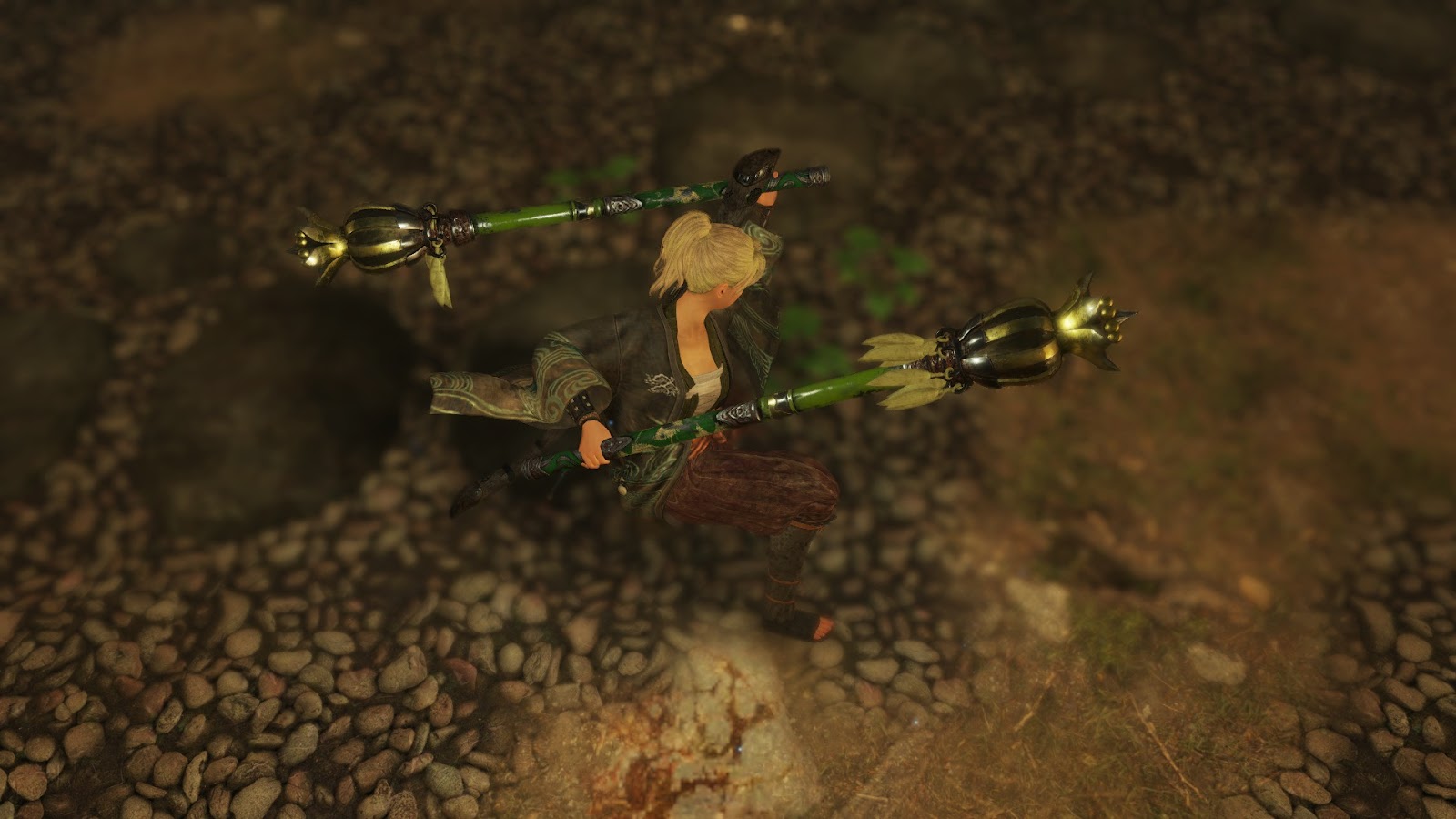 A Splitstaff is basically a pair of nunchucks glued together and used as a bigger stick. Like the spear, it has excellent reach and ki-hungry attacks that make managing ki a big part of its build. What helps it stand apart from the Spear, however, is its ability to split open into its halves. Abilities that draw on that characteristic further extends the Splitstaff’s range while striking rapidly, making it great for applying status effects.

The weapon choices available in Nioh 2 is one of the game’s most impressive aspects.Having an idea about how each weapon works might ease a new player into the game. I hope this guide helps you throughout your Nioh 2 journey!.

Also, be sure to check out

Related Stories
Subject Matter
Book a Demo. Ship Fast. Rest Easy. LaunchDarkly. by @LaunchDarkly
#promoted
How to Use Wabbajack to Install Skyrim Modpacks by @nicolasng
#gaming-fellowship
5 Rising Women Leaders To Watch in Tech by @stephaniezen
#women-in-tech
8 Best Roblox VR Games Everyone Should Try by @Limarc
#roblox-vr
What's Your Favorite Handheld Portable Gaming System? by @wheeljack84
#gaming-industry
Business @ the Speed of Thought and The Road Ahead Revisited by @maddykutechno
#business
The Achilles Heel of Authentication in 2020 by @richard-did
#coding