Why Media and Entertainment Can’t Do without Mobile Apps 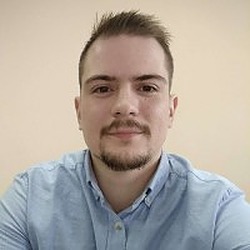 There are over 2 million apps available for download both for Android and iOS platforms, and the average smartphone owner uses at least 30 of them each month. The most popular app categories are social media, messengers, games, business, education, and lifestyle.

In fact, apart from the functional apps, gossip and entertainment apps could soon replace the tabloid media due to their accessibility and usability. Compared to static newspaper articles, the app offers an innovative way to digest the news, share them with friends, and even feel part of the game, which leaves the user hungry for more.

What is an entertainment app?

Social media apps are the most accessed platforms among both types of entertainment, branded and user-generated. People spend around two hours and a half daily on these platforms. Next come the music and podcast apps with their increasing share.

The decline of TV and cinema is the result of the rise of live-streaming apps. People love to have control over the time they choose to enjoy their favorite shows, and traditional TV programs don’t fit the modern lifestyle demands anymore. In fact, now spend more time watching media than in the past, just via different channels.

Gaming apps are also a considerable part of the entertainment industry, and the demand for them is rising, too.

The advantages of entertainment apps

With their accessibility and attention-winning capabilities, apps are a staple of digital engagement. People have their mobile devices with them all the time and they do pay attention to notifications. Using an app puts your company in a position to grab and hold that attention long enough to convey your message. This translates into several business advantages.

You don’t even need your own app to make people aware of your brand. Your company can use paid in-app advertising in the most popular apps to get to your target audience. Think of the ideal customer and then identify what apps they can be using.

If your strategy is direct engagement, you can develop a branded app to have another touchpoint with your existing audience. For example, a music show could have an app that allows fans to vote for their weekly favorites in return for points and prizes to keep users interested.

Reality shows can also benefit from having dedicated apps that help build communities and create buzz around the participants. Since each show is unique, the challenges of making the app relevant are always different but not unsolvable.

A few years ago, people used to download pirated materials like movies or albums because the costs of owning a copy was too high. The iPod revolutionized the way people downloaded and paid for music and opened the door for today’s music and video streaming apps. For a small subscription fee, users get access to unlimited songs, movies, and TV series. This content is typically high-quality, requires no additional know-how and software to access it unlike torrent downloading services.

Most entertainment apps also feature recommendation engines, which give the user more content similar to the one they already consumed, thus turning them into returning customers. Once a user becomes comfortable with a streaming or music app and they feel the price is right, they are hooked.

Before entertainment apps, only companies that conducted market research could uncover trends. Even so, there was a lag between the moment the data was collected and the findings generated. Today, all entertainment apps have built-in analytical modules as well as “Trending/Popular” sections, which offer real-time information about what people like and other metrics.

Having this kind of knowledge makes the guessing game unnecessary. In place of uncertainty, there is a data-driven strategy for encouraging user retention.

Apps get users’ undivided attention, which makes them excellent vehicles for advertising and upselling. In-app advertising of merchandise related to the content consumed has more chances of converting than random online marketing as users are already interested in the subject.

Well-designed apps make users hungry for more, inducing a binge effect. When it comes to entertainment, an app can keep people engaged for hours. It does so by showing them the latest episodes, making them curious about new releases, or pushing niche content which otherwise would never be discovered.

Apps are convenient and easy to access, therefore boosting engagement even at odd hours, like in the middle of the night. People tend to use their phone whenever they feel bored, distracted or even sad, and the first apps they turn to in these situations are the ones which promise entertainment.

Millions of users open entertainment apps every second. If you have a message that you want to disseminate fast and efficiently, the best idea is to wrap it in an entertaining form and use the power of apps. As long as the material is fun and easy to digest or at least provocative, users will share it. This means they will do the heavy lifting for you, saving your company time and money on marketing.

Although apps were initially designed to be functional tools, right now most downloaded apps are about entertaining. Almost every mobile phone user has a dozen of such apps already installed, so media and entertainment companies have an incredible opportunity to seize and engage these audiences.

Read more in our case study about I’m A Celebrity voting app development.

What You Need to Know Before Outsourcing App Development