Why Does Music Have such an Emotional Effect on Humans? 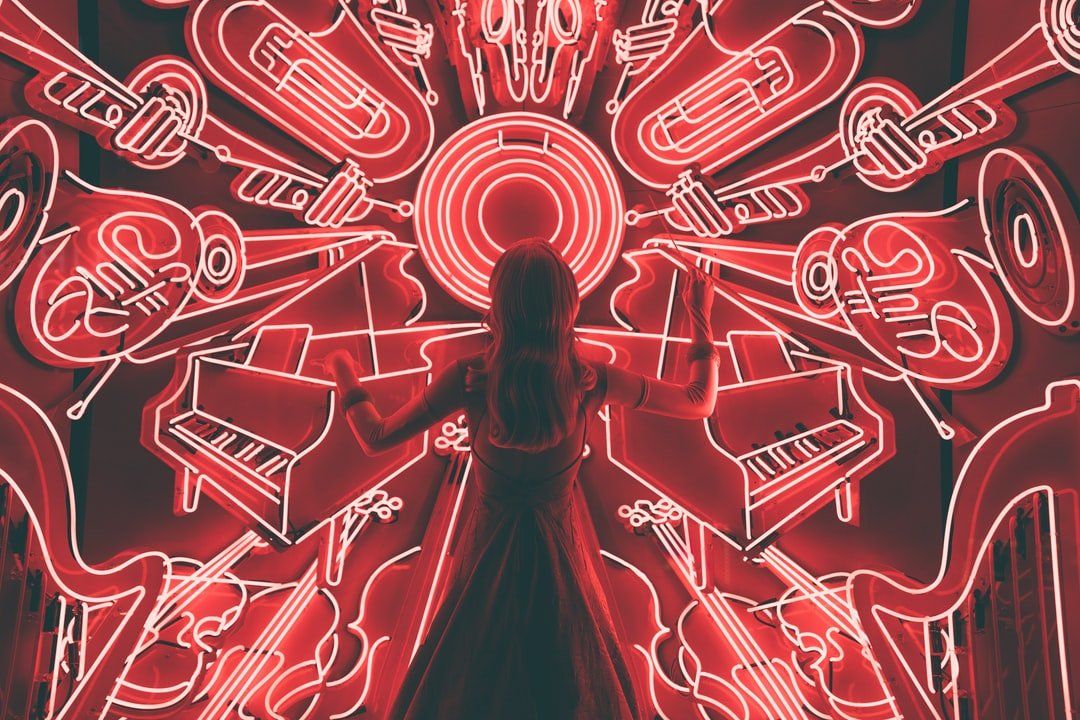 This Slack discussion by Richard, Austin, Arthur and Anna Bleker, and I occurred in Hacker Noon's official #slogging-beta channel, and has been edited for readability.

The lead image is via Spencer Imbrock on Unsplash.

richard-kubinaNov 12, 2020, 1:48 AM
sounds like music can cause adrenaline to flow, part of the fight or flight response :woah:

austinNov 12, 2020, 1:48 AM
richard-kubina funny, i was gonna say, my guess would be that early humans used sounds we would call musical to signal to each other, when hunting or in battle, then eventually, in everyday life. like now: we use a quick, short whistle to get attention. or the infamous "wolf whistle". point is, i think music was first used as a signaling method early on which sort of hardwired our brains, maybe even our genetic code, such that certain sounds make us feel certain ways.

that's my theory at least. the signaling aspect, i think that's solid, but the connection to emotions we have now, hearing music, is just pure speculation.

LimarcNov 12, 2020, 1:48 AM
That's very interesting Austin. There being a rooted cause in our evolution helps explain why some animals have been shown to respond to music as well.

I'm interested to see if there are any studies about how or why certain people gravitate toward certain kinds of music.

Of course, it's partly nurture: my sisters loved Backstreet Boys growing up and played them all the time. Now, I know some of their songs by heart.

But there's gotta be more to it than nurture because I have way different musical tastes than my friends or my immediate family.

Would love to read a research study on this topic.

austinNov 12, 2020, 1:48 AM
i'd agree it's part nurture, part nature. for example, i have this slightly embarrassing, irrational love for the "Jagged Little Pill" album by Alanis Morrisette. my mom used to play it all the time, right after it came out, whenever she would clean the house (at least twice a week, it seemed like). so there's that.

but yeah! i'd really love to see some expert analysis on the topic as well

richard-kubinaNov 12, 2020, 1:48 AM
that was a wildly popular and successful album Austin! I think you're in good company 😄

ArthurNov 12, 2020, 1:48 AM
From an evolution perspective, it looks like ears or hearing something were more useful for us than our nose.

We also can't see a tiger at night, but we can hear it...

And maybe while language was not invented - we still were able to communicate via some sounds. Like when a baby is crying - it's like an alarm sound that sending a status to the mother.

And we still must remember that we're just bathing monkeys.

Anna BlekerNov 12, 2020, 1:48 AM
My uneducated guess is that it was a daily form of bonding (i.e., hunter gatherers sitting around the fire and singing at the end of the day), and that it was used as a fitness signaler (if you're a good singer, it means you have exceptional control of your voice, which is a very important tool for human survival). So lots of people singing and making drum sounds all at once = music = ALL the emotions. My husband's theory is that early humans used to talk via singing, which is an interesting world to imagine.

Anna BlekerNov 12, 2020, 1:48 AM
The thing that weirds me out is that musical scales that sound awful and dissonant to me sound wonderful and pleasing in other cultures. There's some overlap in what "naturally" sounds good to us, which is just created by basic math (octaves, etc.), but there's also some big differences.

richard-kubinaNov 12, 2020, 1:48 AM
I like the comment
"Oh this one makes my skin crawl and itch funny
I seriously don't know why music is making me have such reactions. It's just noise"

"Nearly all this variation in context and sound comes from different ways of dividing up the octave and, in virtually every case we know of, dividing it up into no more than twelve tones. Although it has been claimed that Indian and Arab-Persian music use "microtuning" -- scales with intervals much smaller than a semitone -- close analysis reveals that their scales also rely on twelve or fewer tones and the others are simply expressive variations, glissandos (continuous glides from one tone to another), and momentary passing tones, similar to the American blues tradition of sliding into a note for emotional purposes."

richard-kubinaNov 12, 2020, 1:48 AM
I guess it doesn't change you perceive the different scales, but it is neat to know that they aren't alll that different. in any regard, I think one can nurture a love of any sound. Orrr is that just a group of folks with certain nature/nurture going on 🤔 😅 :man-shrugging:

richard-kubinaNov 12, 2020, 1:48 AM
like the small group folks with "https://en.wikipedia.org/wiki/Musical_anhedonia" whose brains can't enjoy listening to music ❗

austinNov 12, 2020, 1:48 AM
I mean, i'm a metalhead, and i used to despise metal. the "vocals" were so grating, i couldn't listen to it, but i was gradually introduced to "gateway metal" like children of bodom then got into the hard stuff 😅 whether you consider that music though, is another thread haha

richard-kubinaNov 12, 2020, 1:48 AM
https://www.rewire.org/listen-new-music/ is a good article referencing a Deezer and Spotify poll about how people stop seeking out new music around 30 years old. Mostly due to being overwhelmed with all the music out there. The article goes on to say why hearing new music makes you feel good though, going back to our friend, dopamine. :brain:

ArthurNov 12, 2020, 1:48 AM
Plus, when you only exploring old music - you are using those old paths that you synapses made in your brain.

Like you remember, that after a hard break up, you run just another emo-song, titled "Without You"(there are tons of them). And you just pulling same strings, listening to it 16 years later.

So, I think everyone should do this fitness for a brain and try to listen to different, even strange music - because it'll start to build new roads in your head.

Anna BlekerNov 12, 2020, 1:48 AM
richard-kubina that microtonal song makes me want to chuck my headphones across the room 😂