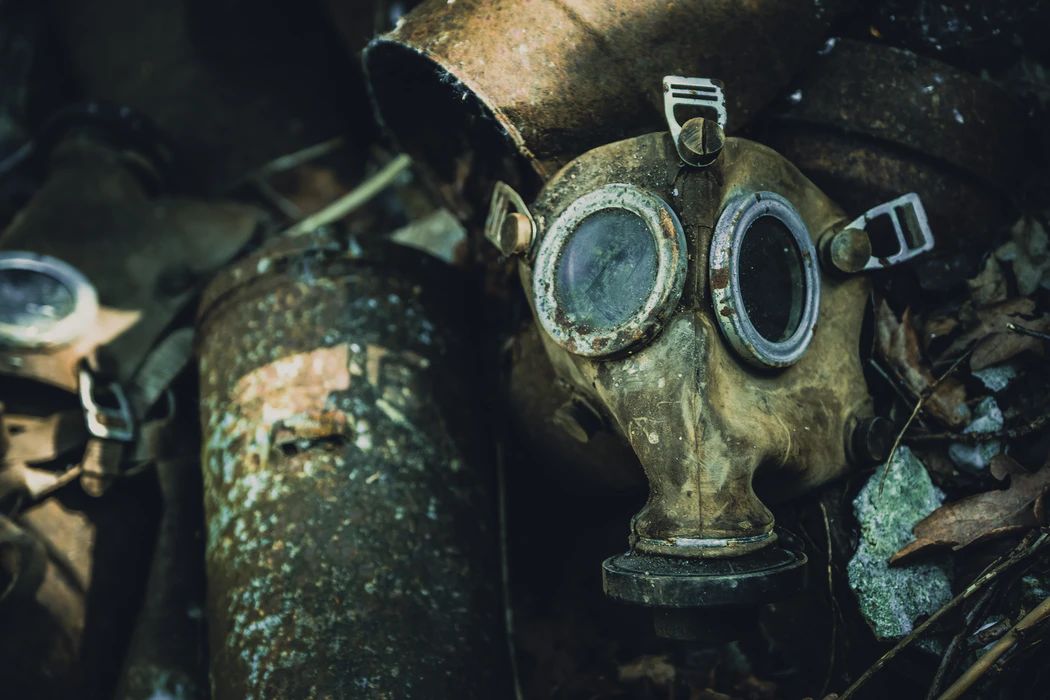 Mass censorship and de-platforming have been normalized at such break-neck speed that a new totalitarian milestone appears almost every month. Fortunately, cryptocurrencies have already paved the road ahead for a brighter, less surveilled future, leading to Web 3.0.

The importance of having an open internet

Freedom of expression is extremely powerful, which is why it is constantly under siege from different frameworks. Sometimes, this can be ‘hate speech’ while other times it could be ‘misinformation’. Whatever the case may be, we must not lose sight of the fact that the free flow of information on the internet is powerful enough to prevent wars.

This we have seen in action relatively recently with the Syrian gas hoax scandal. If you recall, the legacy media, in a coordinated manner, pushed the Syrian gas hoax to incite another devastating war, similar to the one that wrecked Libya and Iraq, destabilizing the region for decades to come. Even before the evidence to the contrary surfaced, the media’s reputation was sufficiently in the toilet to not pass the credibility check.

As an extension of the security apparatus, legacy media has a long history of perpetrating hoaxes, from Iraq’s WMDs to the Russia Collusion hoax. Although such previous scams have made the public wary of legacy media, having garnered record-low trust, it also created complexity by aggressively going after alternative media channels, accusing them of reporting ‘fake news and ‘misinformation’.

We have seen such instances of de-platforming countless times, as if some de-platforming chain is triggered, starting with MSM then following through with Big Tech and payment processors. In a nutshell, what had previously been reserved for the “Chinese social credit” system as a broadside rhetorical attack on state totalitarianism, has become commonplace in the West, although in a much more privatized and sophisticated manner.

For instance, the Biden administration recently announced it would form partnerships with private companies to surveil the domestic population in order to circumvent legal hurdles and the U.S. Constitution. Clearly, the trend is moving towards more severe censorship in which the internet is immersed in consumerism, with little else going on or allowed to go on.

The internet’s centralized points of suppression

It is no secret that Google grew into its ‘behemoth’ stature because it is an extension of the security apparatus. At this point, it would be easier to list the activities Google is not involved in. While it completely dominates the search volume and internet traffic, it also engages in a wide range of manipulation to skew what is searchable and findable.

The same can be said of Facebook and Amazon, which digitally burned more books under its “Kindle” system than have ever been burned under a totalitarian regime as Amazon handles 83% of e-book sales. From every vector, it seems that the largest, domineering tech companies are in sync when it comes to the suppression of freedom of expression. Moreover, when an alternative company tries to meet the high demand for free speech, it too is assailed in a coordinated fashion, as we have witnessed with Amazon banning Parler from its AWS cloud service.

It is safe to say that the World Wide Web has become an abomination in light of what its creator, Tim Berners-Lee, envisioned it as — a decentralized, open exchange of information. Now, it is riddled with choking points. However, the good news is that Bitcoin (BTC) has already demonstrated the case for decentralization. As a sovereign, leaderless, deflationary currency, the cryptocurrency is now widely in use as a hedge against inflation.

Bitcoin and other cryptocurrencies are able to counter centralized monetary power because they are decentralized and secured by blockchain. Can this technology be used to accomplish the same for the internet? 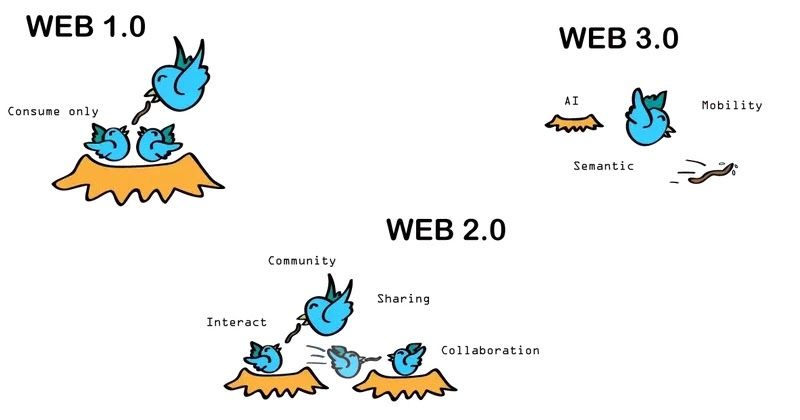 From the 1990s through to today, the World Wide Web has undergone two distinct phases:

Web 1.0 – Static pages, low content-creation, personalized pages. Not very user-friendly, so it was mostly a read-only experience, as Berners-Lee likes to describe it.

Web 3.0 is still a theoretical framework, as we only entered Web 2.0 relatively recently. Also referred to as the Semantic Web, it envisions the internet as something that goes beyond being effectively governed by a single search engine. Web 3.0’s key marker is its reliance on AI to connect users to more relevant and meaningful data.

In other words, Web 3.0 is supposed to be the culmination of a machine’s understanding of natural language. Moreover, semantic metadata would allow users to more expediently connect to whichever content and service they need. Such content would then be seamlessly distributed among devices and apps, leveling the Web 3.0 experience.

Lastly and even more importantly, the Semantic Web is poised to decentralize user data, so that it becomes portable and owned by the user. In the current Web 2.0, corporations leverage your user data, often without your permission, which is why most services on the Internet seem to be free. 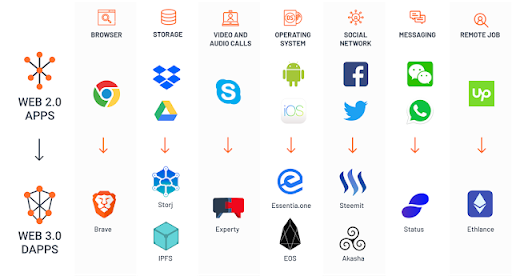 When we think of the practical implementation of Web 3.0, or DWeb, we can largely thank Protocol Labs, the pioneer in this field. You may have already heard of or even own their Filecoin storage token. This project interlinks with their InterPlanetary File System (IPFS) as a P2P storage network protocol and with libp2p. The latter allows developers to run network applications independent of location, runtime and address services.

These key components alone — decentralized data storage and eschewing HTTP identifiers — make for a solid foundation for the future of DWeb. In the future, one could access content based on content relevance, not geo-relevance. This way, information can be accessed and retrieved without relying on a single point of failure in the form of a single server.

Alongside Protocol Labs’ projects, others are in the works which aim to substitute existing services such as:

Interestingly, hybrid alternatives are also emerging which combine blockchain, an app, and a website. For example, Odysee, formerly known as Lbry, uses the LBRY blockchain protocol to make uploaded videos, images, and documents unbannable, with the website itself being built on top of this censorship-resistant protocol. By the same token, LBRY can be used to reward content-creators in the form of micro-transactions, nullifying the need for ads and preventing the corruptive hand of sponsors from sneaking in.

Hurdles to Web 3.0 are significant but worth overcoming

As you can see, any service can be made to be decentralized. Although it is more difficult to do so, the technical side of things is the least of the concerns. One that is far more important is the heavyweight of the network effect. In other words, people tend to congregate and use services following the paths of least resistance, the ones that are immediately available using the least amount of effort and which are also the most popular.

When we compare Twitter and Gab, there is little difference in functionality. However, the difference that makes all the difference is the popularity of one over the other. Fortunately for DWeb, corporations are becoming increasingly aggressive in trying to stifle people’s thoughts and words. Therefore, a turning point is likely to occur for the network effect to take place within the decentralized space.

Lastly, there is the issue of DWeb not becoming centralized again. After all, each of the mentioned projects is under development by specific companies that seek to make money. The solution to this problem may lie in DAOs — Decentralized Autonomous Organizations — accompanied by healthy competition. In the end, try as they might, it will be difficult to put the ’internet freedom paste’ back in the tube. Although the chilling effect of de-platforming will be successful and yield auto-censorship for millions, the trajectory of history has always been determined by a small, entrepreneurial minority.

Related Stories
Subject Matter
Which Polkadot Projects Stand Out the Most? by @anton-dzyatkovskii
#decentralized-internet
Gamification through Tokenization Can Disrupt the Fitness Industry by @Ishan Pandey
#fitness
Decentralized Governance & Governance Tokens by @andrarchy
#decentralization
Atomic Swaps Will Revolutionize Trading and Make Monitoring of Markets Hard for Regulators by @Ishan Pandey
#atomic-swap
How Augmented Reality (AR) is Changing the Recruitment World by @nimisha
#virtual-reality
Branding & Digital Marketing Lessons To Learn From The NBA by @faizan4it
#digital-marketing