Houston, We Have a Pizza Robot 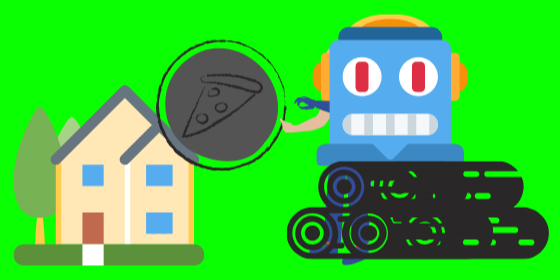 And other very important tech news from today.

More than 100 people were gearing up for a dual challenge: building a global currency on top of blockchain technology, especially for those underserved by banks, and convincing people to adopt it despite the fact that Facebook built it. The result is Libra, a new crypto coin and payment infrastructure. Its aspirations are set out in a white paper released Tuesday. Mission: “a simple global currency and infrastructure that empowers billions of people.” It begins with a new cryptocurrency designed for payments ranging from micropayments to remittances without fees (“as easy to send money as an email”) as well as enabling more exotic “smart money” use cases like dynamic contracts, which could enable blockchain-based loans or insurance.

Facebook CEO Mark Zuckerberg dropped from 16th best CEO in 2018 to only 55th this year, according to Glassdoor's seventh annual CEO awards.

We had one question: What aspects of a company’s workplace culture as reflected on Glassdoor can help predict a great CEO in the eyes of employees? Following the quality of senior leadership, the most important predictors of high CEO approval ratings on Glassdoor are a positive business outlook and the quality of a company’s workplace culture and values. Employees view CEOs more favorably when companies have a bright financial outlook, and when they are in mission-driven workplaces with a clear culture and values that emanate from the CEO.

Houston, We Have a Pizza Robot

Robotics company Nuro will soon unleash its self-driving vehicles on the streets of Houston. This isn’t a ride-sharing partnership, or a new Tesla competitor, but a trial run at the future we’re all waiting for. Starting this fall, Domino’s plans to employ a fleet of Nuro vehicles, each electric and self-driving, to deliver piping-hot pizza directly from its ovens to your doors. Each of the electric autos has a top speed of around 25 miles-per-hour, and they’ll soon share the roads with human-driven cars.

With this no-way-to-really-fact-check information, the claim is that Murder Mystery broke records to be the biggest opening weekend film for Netflix (check them out, flexing "weekend opening numbers" like the Big Screen). However, we don't know fully what this means.

Twitter to Remove Precise Location Feature because "Nobody Uses It"