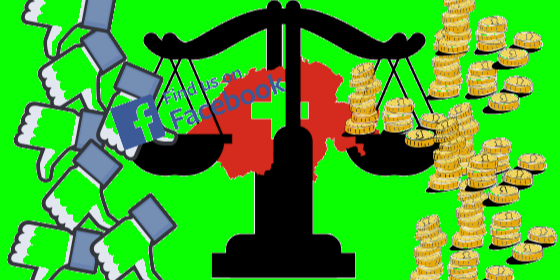 "The real risk is crooked developers", and other gems!

Apparently Facebook has already forgotten how allowing anyone to build on the Facebook app platform and its low barriers to “innovation” are exactly what opened the door for Cambridge Analytica to hijack 87 million people’s personal data and use it for political ad targeting.

josh constine for techcrunch: the real risk of facebook's libra coin is crooked developers (they'll steal your money, not just your data)

We cannot allow Facebook to run a risky new cryptocurrency out of a Swiss bank account without oversight.

The lesson, as if we needed yet another example, is that whatever scandals may trail the big Silicon Valley companies they are not scaling back, whether that means studying how to eavesdrop on people’s brainwaves to read their minds or building a currency to circumvent borders and national regulation. Call it the shoot-the-moon philosophy of corporate growth, taken from the high-risk, high-reward strategy in the card game Hearts—you either thoroughly dominate the opposition or you crash in flames. You know what should keep us up at night? What if Facebook actually succeeds?

Whelp, we created THE UBER of Central Banks! #blockchain #Libra

Creating a global currency is a bold move on Facebook’s part, given that this announcement is happening as Facebook is being criticized or investigated for massive privacy violations, anti-competitive practices in the advertising market, eroding the free press and fomenting ethnic cleansing. However, it is consistent with Facebook’s goal of continuing to connect the world no matter the consequences, by creating a medium of exchange that can potentially bypass central banks, bank regulators and existing currency systems.

Years ago, Mark Zuckerberg made it clear that he doesn’t think Facebook is a business. “In a lot of ways, Facebook is more like a government than a traditional company,” said Mr. Zuckerberg. “We’re really setting policies.” He has acted consistently as a would-be sovereign power. For example, he is attempting to set up a Supreme Court-style independent tribunal to handle content moderation. And now he is setting up a global currency.

— matt stoller for the new york times: launching a global currency is a bold, bad move for facebook

Libra isn’t, strictly, a cryptocurrency (for tediously technical reasons). Unlike the yo-yoing bitcoin, its value is set against a basket of what we’ll call “real” currencies such as the peso, pound and dollar; that’s decided by the Libra Association of about 100 organisations including Facebook, Visa, Mastercard, eBay, PayPal, Spotify, Uber and others. They’ve each paid at least $10m to be involved and thus endowed the project with a $1bn pot.

— charles arthur for the guardian: alarming and unnecessary: facebook’s new cryptocurrency must be resisted

Related Stories
Subject Matter
Download Mysterium VPN - First 20 GB streaming FREE by @Mysterium Network
#promoted
'Smart people with bad ideas can always pivot.' —LA MP Mark Tung by @natasha
#hackernoon-shareholder-series
Top 5 Tech Resources To Read Quality Technical Content by @catalinmpit
#software-development
Let's Watch Dogs Sniff Out COVID in Finland and Imagine Our Future by @z3nch4n
#coronavirus
30th Anniversary of the Web: My Experience From 1991 to Now by @danielkehoe
#history-of-the-internet
Why The Death of Libra May be a Good Thing For The Crypto Landscape by @pljobes
#facebook-libra
The Future of Battery Technology: What’s Next? by @scotthickman
#technology