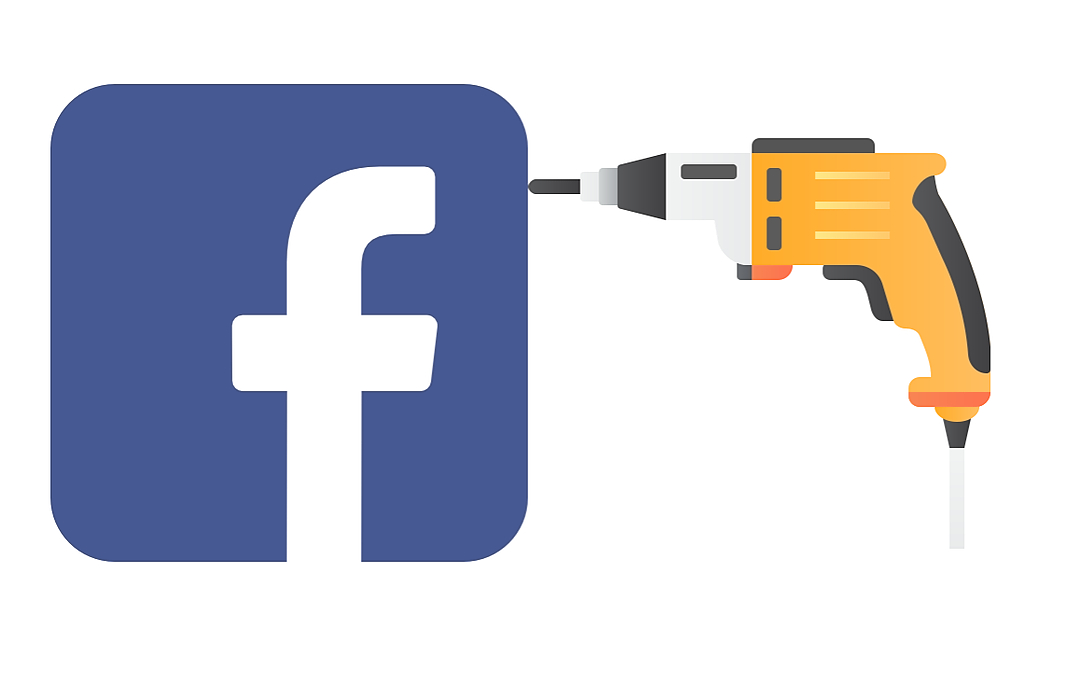 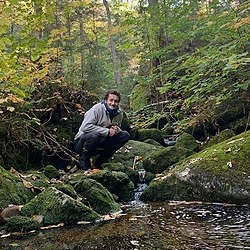 Libra Is Not A Gateway Cryptocurrency

Oh Facebook. I remember when you were just a kid, full of people’s lunch menus, workout pics, and the occasional political ramble (OK, so some things never change). Now you’re trying to create a cryptocurrency. It was easy to be excited when Libra was first announced. This must mean big things for Bitcoin and for cryptocurrencies of all sorts. That excitement quickly died.
It’s honestly a shame Facebook is even calling Libra a cryptocurrency. It’s one big facade. They’re the con man promising you a decentralized, tamper-proof digital currency when all you’ll be getting is a glorified PayPal that will steal your anonymity and sell your data like hotcakes.
I don’t blame people for seeing Facebook’s Libra as a big step forward for blockchain and decentralized technology. They see that Libra puts crypto on the radar. They think that if people are willing to use Libra, they’ll be willing to use Bitcoin. I get it.
But Libra is not a gateway cryptocurrency. It’s not the start of a worldwide shift towards digital currencies. In reality, Libra is EXACTLY why crypto matters at all. It’s the answer to the classic question: “Why do we need Bitcoin?”

Great question. I wondered the same thing.
Why would a company that’s getting regularly slammed for censorship, election manipulation, and data abuse suddenly make a move into the realm of finance?Why would Facebook thrust their necks out in an environment where people are already wary of “sell-us-your-soul” social media platforms?That’s not the face of someone who loves testifying before Congress. Source: WSJWhy would they take on the U.S. SEC and House Financial Services Committee in what they must have known would be a costly slog through a cumbersome regulatory environment? I’m sure that Zuckerberg is anything but excited to go before Congress again. And all this for something that is barely distinguishable from PayPal?

No. Upon initial review, it’s easy to think that perhaps Facebook made a mistake. Or maybe it was purely an opportunistic gamble. Jump on the cryptocurrency bandwagon before it fully leaves the station and Google makes an entrance. Spearhead regulatory efforts to earn the praise of both crypto-fundamentalists and Facebook shareholders. But that’s not it. This isn’t just a “let’s-be-the-first-to-do-this” mentality. This is part of a much, much broader move by Facebook, and the Feds should be happy to hop on the Libra train (whether they will is hard to tell. I don’t think our lawmakers have a good enough understanding of either finance or technology to see the writing on the wall).
The recent exit of seven of the Libra Association’s founding members shows just what Facebook is willing to endure to get this through.

What is the move?

The public outcry over data concerns and the regulatory shit show is Facebook’s price to pay, not an unforeseen consequence. In fact, I would imagine it’s all going according to plan.

We all know that we all played it…source
The reality is that Facebook’s business model has shifted dramatically from its inception. No one under the age of 40 is posting regularly on Facebook and FarmVille has long since faded to irrelevance. They have billions of dollars and a finger on the social media pulse, so they regularly buy up those companies that catch lightning in a bottle (think Instagram, WhatsApp, etc.). They make them an offer they can’t refuse and then add that app into the United Apps of Facebook. God Bless.
But they’re clearly not content to stop there.
I expect that what Facebook envisions is to be the all-in-one digital identity manager. They’re already doing this. Look anywhere and you’ll see the convenient “Login with Facebook” button. You can use Facebook to prove your identity so you can swipe away to your heart’s content on dating apps. And the Facebook cash cow just keeps on growing as they drill deeper and deeper for that precious data. Drill baby drill. 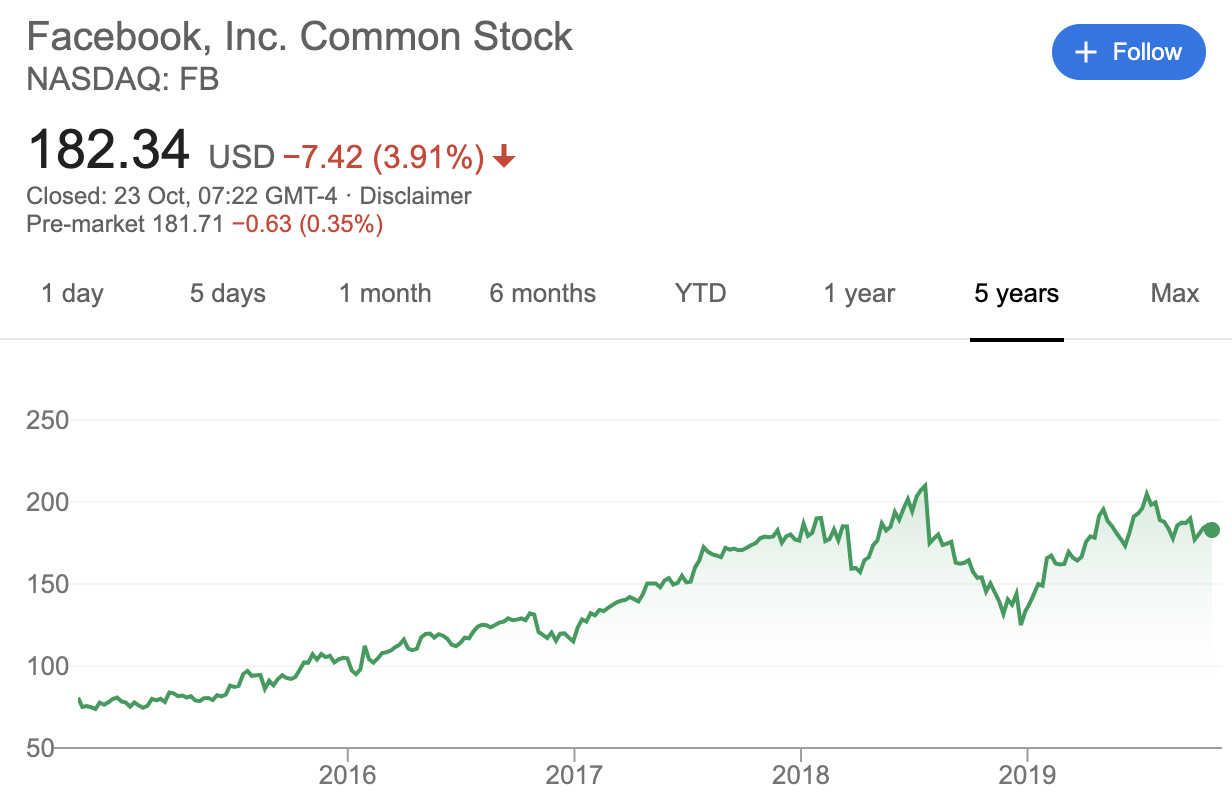 Libra is like the offshore oil rig of data collection. It’s opening up a whole new oil field for data drilling, all under the guise of “censorship-resistant” and “decentralized.” Yeah right. Now don’t get me wrong, if Libra works it will be convenient. It will be the “sign up through Facebook” button of digital subscriptions. Signup for Netflix, Spotify, or Tinder Gold with a click of a button. Pay bills, rent cars, earn rewards, send money to friends, or contribute to your fantasy league pool with no more trouble than logging in with Facebook today. Venmo is nice, but this would be Venmo 2.0.
Consider too that Libra is the puzzle piece that conveniently brings financial data into the digital identity picture for all Facebook users. Imagine the value of these digital identities when spending habits and financial metrics are included. All owned by Facebook. It’s like a Facebook wet dream. This is like the Cookie Monster discovering edibles for the first time (cookies that make me want to eat more cooookies?!). I wish I had been a fly on the wall for that Facebook board room meeting.
The Feds will support Libra. Happily, with open arms. They’ll guffaw and huff until they’re convinced that Facebook will play by their rules and why wouldn’t they? Facebook is trying to tap into the world’s greatest data field. The Feds will be glad to classify Libra as a cryptocurrency because it will take the heat off their regulatory suppression of Bitcoin. They’ll yell “we’re not against crypto! Look, we let you have Libra!” They’ll remind us that if we play by their rules, they’ll let us have crypto. But only if the cryptocurrency looks like Libra.
That’s what I think of Libra. It sounds less like the champion for the success of decentralized technologies and more like the manifestation of every Bitcoiner’s nightmare. This doesn’t bring us closer to Bitcoin. It reminds us exactly why we need decentralized assets. Facebook is the reason that every single one of us should be concerned with the exploitation of our data. If anything, Facebook and Libra are the antithesis of Bitcoin.
Let that sink in for a second.

I don’t mean to be a downer. If Libra works out it will end up being extremely convenient for all of us. I used the “Login with Facebook” feature twice just in the writing of this article. But we can’t lose sight of what Libra actually is. It is a ploy to collect a complete picture of every Facebook user. It is another move in the large scale exploitation of our data. Remember that.
Now, definitely go double-check your private keys. I’m not going to tell you to go delete your Facebook or not use Libra. I’ll probably use it. But know exactly what it is you’re doing. Remember that Facebook owns everything you give it. So be you’re careful about what it is that you give them. And don’t let anyone call Libra a cryptocurrency.
FOLLOW me on Twitter: @noamlevenson
I love getting questions or suggestions, so comment away! I do my best to respond to all thoughtful comments.

What is Modern Monetary Theory (MMT)? [My Two Cents] 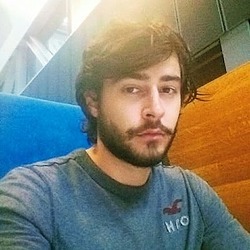