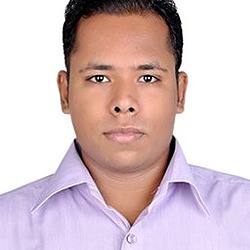 There were speculations around the market regarding the world’s most popular operating system Android. In March, this year, Google released the beta version of Android 10 as they’re considering this latest version close to their heart. And undoubtedly, it is the 10th version of Android, and so Google is all set to make it revolutionary. Moreover, even customers are eagerly waiting for the release of Android 10.
Since the release of the beta version, we were digging around the speculations to bring to you all the new features that will be included.
Finally, we can ensure that there will be dramatic changes in this revolutionary version of Android.
In this article we’ll be unveiling some exciting features of Android 10:

Google did innumerable experiments for adding the dark mode for the past few years in Android, and finally, it has paved the way. You can activate this feature through a quick-tile setting or when you switch on the battery saver mode.
Moreover, you will also encounter a screenshot shared by Google above, explaining that the dark mode activation will impact Google Photos, Search, and Podcasts.

As the name suggests, it will affect the messaging apps eventually. This feature will already know the answer or response to the question asked in the message. It will pop up the relatable answer to you.
However, this feature is available in Android, but only in Google Apps, well, now you will find this feature in all the messaging apps in Android 10. This is a handy way that will help you save time and type long messages.
More so, you can also open location on the text message, and it will be directed to Google maps immediately. Isn’t it amazing?
Many Android users have given feedback on dull and slow sharing processing in this operating system. Fortunately, Google has revamped this menu as it plays an inevitable role in this connected world.
The sharing menu is no doubt expected to be faster than the legacy menu, along with recommending several contacts and apps for sharing.
One of the best features for the user-facing lovers in Android 10 is Focus mode, which is typically an extension of the Digital well being suite.
As the term is all about staying focused, it means it will lighten the apps in the background that keeps distracting and hide the notifications as well.
Besides, digital well being is also getting upgrading with the enticing parental control app, namely Family links.

Apple has always bashed Google because of the level of privacy and security it offers. The android operating system is often considered as an unsecured platform.
And with the statement of Sundar Pichai (CEO of Google), It seems that Google will be focusing more privacy measures in the all-new Android 10.
Android 10 will be enabling users to access single files rather than accessing all the data with the help of Scope storage. To put across, now you music player library will request for permission concerning the music and video libraries rather than accessing every library.

Earlier, it was a few smartphones that offered multitasking feature, but now in Android 10, it has become mandatory. You might have encountered the Facebook messenger bubbles while you’re chatting and using other apps.
Similarly, Android 10 will keep the bubble as an app you were using recently along with the ability to use some separate app at the same. These floating alerts will keep you connected with every app and accomplish your activity.
Android 10 is introducing Project Mainline that will allow Google to patch specific core system workings with an OTA update. This will enable you to update your device or apps without restarting it because many of us avoid updating the device due to restart factor.
The mainline can update 12 core systems, which are as follows:
Android 10 is undoubtedly an advanced version that will enable users to transcribe media locally in real-time. If your device detects speech patter, you can see live captions floating on videos. This will work in real-time as well as only locally on-device, which means it doesn’t require internet connection.
A live caption will immensely prove to be helpful to deaf people as reading the captions on videos and podcasts they can understand the concept of the video.

Many Android users found challenges while activating Google Assistant in their device. But in Android 10, you will find the Google Assistant at the corners of the device, and you can enable it with just a simple swipe inwardly.
This will significantly assist you to enjoy a hands-free day by commanding Google Assistant to do the routine work for you.

HUAWEI and Xiaomi smartphones allowed their customer base to share Wi-Fi via QR codes. And we are glad to see that Google has also adopted this trend in the Android 10. This feature is quite easy to use. All you need to do is tap on the Wi-Fi connection, hit the share button, and then verify your phone’s password or fingerprint.
After that, you will see a QR code on your screen, and your friend can access the internet by just scanning it.
Even android app developers will be able to take a sigh of relief. With so many exciting features, you can add creativity and innovation in your app efficiently. It is alleviating the efforts of developers and pushing them to develop a robust and scalable mobile app.

Android 10 will create a benchmark in the market after its official release because the features are quite exciting.

5 COOL EXAMPLES OF INTERNET OF THINGS APPLICATIONS AND HOW TO DEVEL...