Ten Trending Academic Papers on the Future of Computer Vision 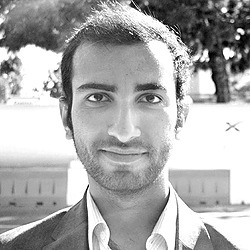 Full Paper: https://www.catalyzex.com/paper/arxiv:1906.04160
TLDR: Given audio speech input, they generate plausible gestures to go along with the sound and synthesize a corresponding video of the speaker.
Model/Architecture used: Speech to gesture translation model. A convolutional audio encoder downsamples the 2D spectrogram and transforms it to a 1D signal. The translation model, G, then predicts a corresponding temporal stack of 2D poses. L1 regression to the ground truth poses provides a training signal, while an adversarial discriminator, D, ensures that the predicted motion is both temporally coherent and in the style of the speaker
Model accuracy: Researchers qualitatively compare speech to gesture translation results to the baselines and the ground truth gesture sequences (tables presented by the author show lower loss and higher PCK of the new model)
Datasets used: Speaker-specific gesture dataset taken by querying youtube. In total, there are 144 hours of video. They split the data into 80% train, 10% validation, and 10% test sets, such that each source video only appears in one set.

Full Paper: https://www.catalyzex.com/paper/arxiv:1905.08776
TLDR: The researchers present a system for learning full-body neural avatars, i.e. deep networks that produce full-body renderings of a person for varying body pose and camera position. A neural free-viewpoint rendering of human avatars without reconstructing geometry
Model/Architecture used: The overview of the textured neural avatar system. The input pose is defined as a stack of ”bone” rasterizations (one bone per channel). The input is processed by the fully-convolutional network (generator) to produce the body part assignment map stack and the body part coordinate map stack. These stacks are then used to sample the body texture maps at the locations prescribed by the part coordinate stack with the weights prescribed by the part assignment stack to produce the RGB image. In addition, the last body assignment stack map corresponds to the background probability. During learning, the mask and the RGB image are compared with ground-truth and the resulting losses are backpropagated through the sampling operation into the fully-convolutional network and onto the texture, resulting in their updates.
Model accuracy: Outperforms the other two in terms of structured self-similarity (SSIM) and underperforms V2V in terms of Frechet Inception Distance (FID)
Datasets used:
- 2 subsets from the CMU Panoptic dataset collection.
- captured our own multi-view sequences of three subjects using a rig of seven cameras, spanning approximately 30 degrees. - 2 short monocular sequences from another paper and a Youtube video

Full Paper: https://www.catalyzex.com/paper/arxiv:1902.05978
TLDR: The proposed deep fitting approach can reconstruct high-quality texture and geometry from a single image with precise identity recovery. The reconstructions in the figure and the rest of the paper are represented by a vector of size 700 floating points and rendered without any special effects.(the depicted texture is reconstructed by the model and none of the features taken directly from the image)
Model/Architecture used: A 3D face reconstruction is rendered by a differentiable renderer. Cost functions are mainly formulated by means of identity features on a pretrained face recognition network and they are optimized by flowing the error all the way back to the latent parameters with gradient descent optimization. End-to-end differentiable architecture enables us to use computationally cheap and reliable first order derivatives for optimization thus making it possible to employ deep networks as a generator (i.e,. statistical model) or as a cost function.
Model accuracy: Accuracy results for the meshes on the MICC Dataset using point-to-plane distance. The table reports the mean error (Mean), the standard deviation (Std.).are lowest for the proposed model.
Datasets used:  MoFA-Test, MICC, Labelled Faces in the Wild (LFW) dataset, BAM dataset

Full Paper: https://www.catalyzex.com/paper/arxiv:1812.06164
TLDR: Facebook researchers use AI to generate recipes from food images
Model/Architecture used: Recipe generation model- They extract image features with the image encoder. Ingredients are predicted by Ingredient Decoder, and encoded into ingredient embeddings with ingredient encoder. The cooking instruction decoder generates a recipe title and a sequence of cooking steps by attending to image embeddings, ingredient embeddings, and previously predicted words.
Model accuracy: The user study results demonstrate the superiority of their system against state-of-the-art image-to-recipe retrieval approaches. (outperforms both human baseline and retrieval based systems obtaining F1 of 49.08%)(good F1 score means that you have low false positives and low false negatives)
Datasets used: They evaluate the whole system on the large-scale Recipe1M dataset

Full Paper: https://www.catalyzex.com/paper/arxiv:1904.03303
TLDR:  A team of scientists at Microsoft and academic collaborators reconstruct color images of a scene from the point cloud.
Model/Architecture used:  Our method is based on a cascaded U-Net that takes as input, a 2D multichannel image of the points rendered from a specific viewpoint containing point depth and optionally color and SIFT descriptors and outputs a color image of the scene from that viewpoint.
Their network has 3 sub-networks – VISIBNET, COARSENET and REFINENET. The input to their network is a multi-dimensional nD array. The paper explores network variants where the inputs are different subsets of depth, color and SIFT descriptors. The 3 sub-networks have similar architectures. They are U-Nets with encoder and decoder layers with symmetric skip connections. The extra layers at the end of the decoder layers are there to help with high-dimensional inputs
Model accuracy: The paper demonstrated that surprisingly high quality images can be reconstructed from the limited amount of information stored along with sparse 3D point cloud models
Dataset used:  trained on 700+ indoor and outdoor SfM reconstructions generated from 500k+ multi-view images taken from the NYU2 and MegaDepth datasets

In SPADE, the mask is first projected onto an embedding space, and then convolved to produce the modulation parameters γ and β. Unlike prior conditional normalization methods, γ and β are not vectors, but tensors with spatial dimensions. The produced γ and β are multiplied and added to the normalized activation element-wise.