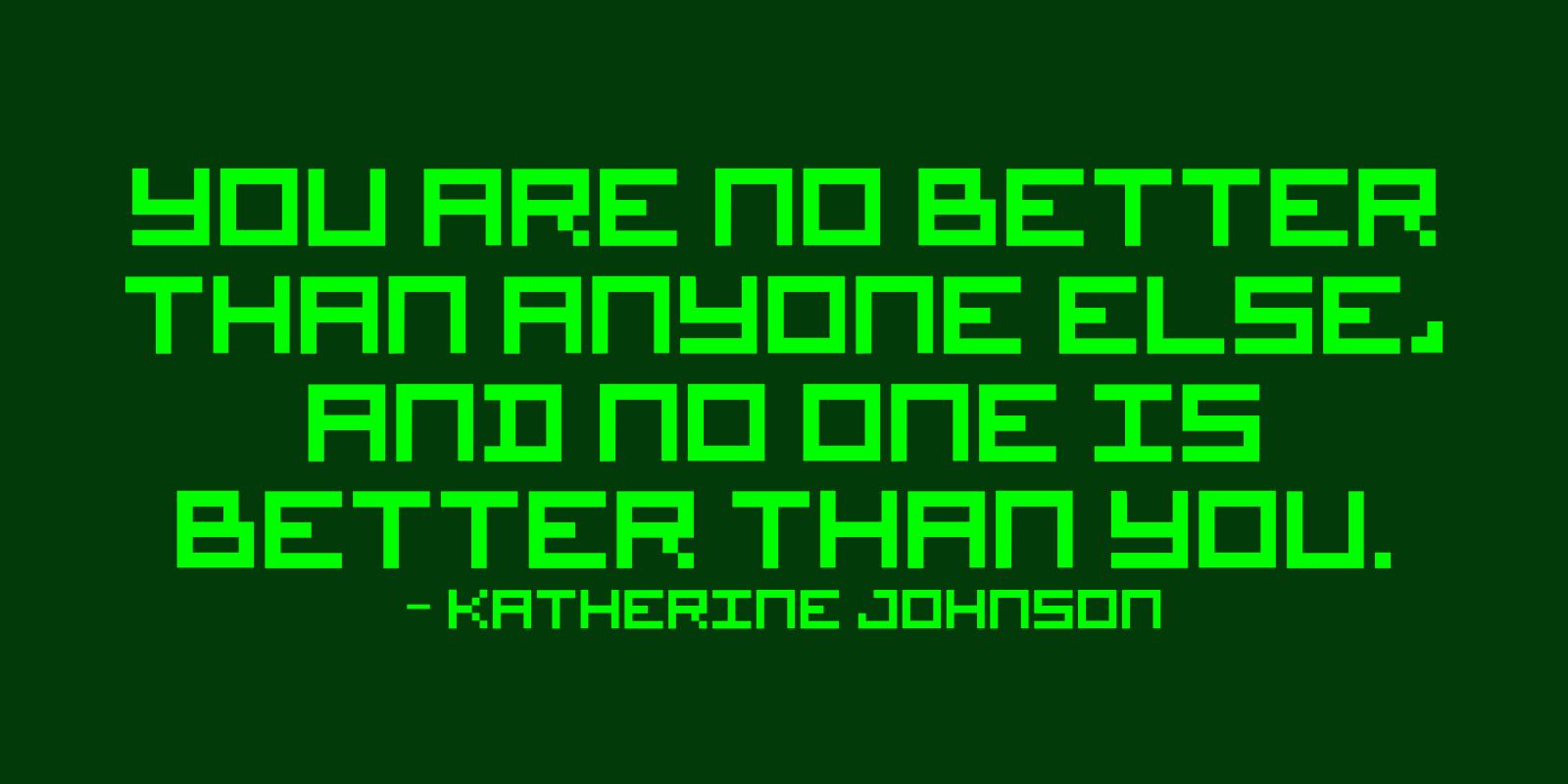 “Proof” is one of those words that starts to seem funny if you look at it too long. Interestingly, our current understanding of the word only really took shape in the late 19th century, and its earliest etymology traces back to the Latin ‘probare’, meaning ‘to test’:

Proof’s sexier sister-phrase, “Social Proof”, was first coined by Robert Cialdini in his 1984 book, Influence, and it’s a key concept in one of his six Principles of Persuasion:

Social Proof has since become a pretty ubiquitous umbrella term used by marketers, makers, product owners, and founders to describe any activity or feature designed to cue a given user behavior by highlighting the same behavior being performed by other users. 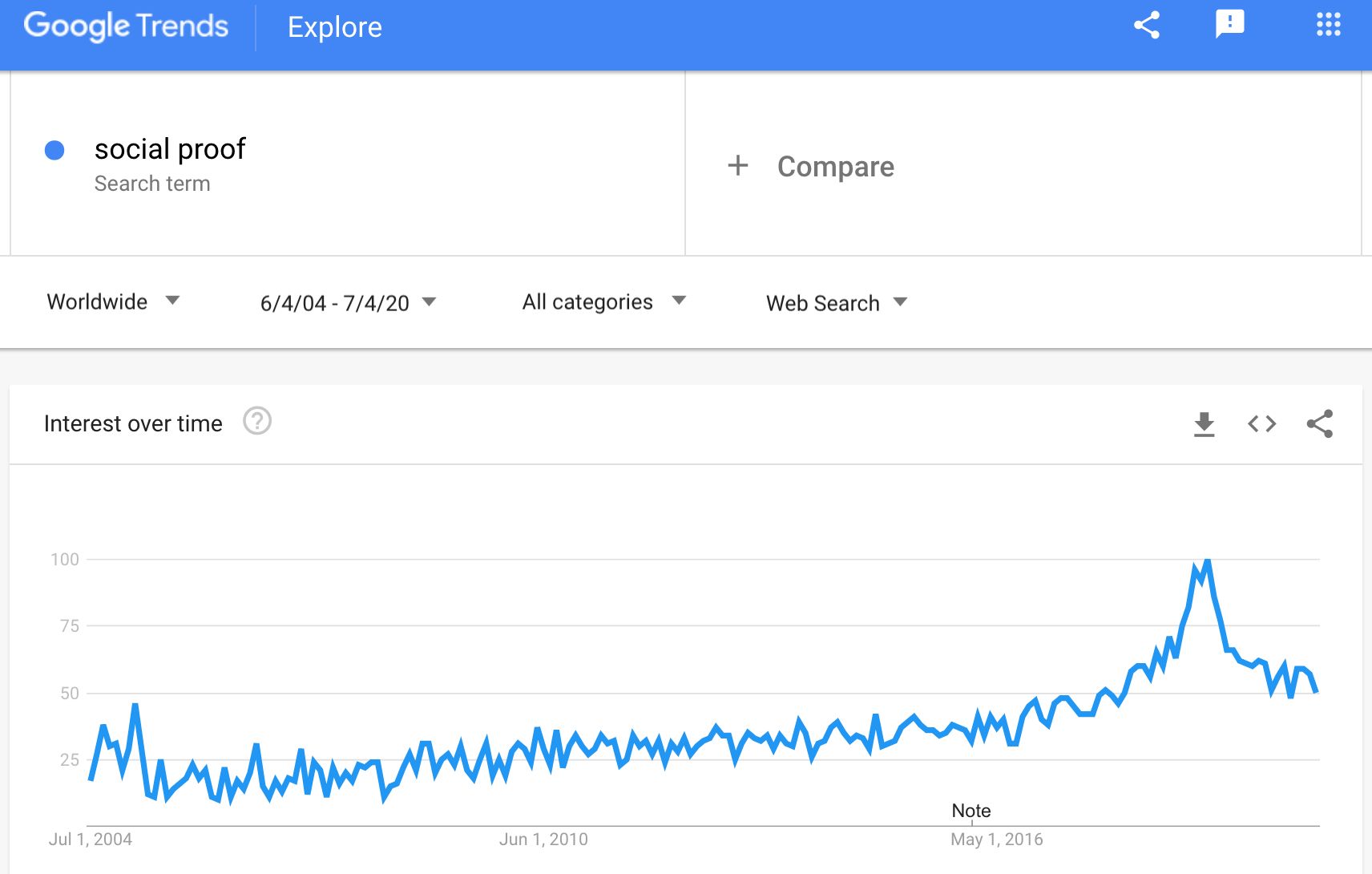 As Hacker Noon writer Hojung Kim explains, in his story on How to Engineer Viral Social Proof,

“[We knew we] could start from two first principles.

Users will always respond to:

1. The right incentives — rewards or prizes to incentivize user actions; and

In software, social proof is everywhere: from Amazon’s ‘Customers also bought…’ to the likes, retweets, comments and shares that power every social media platform that’s ever gained enough traction to stand the test of time.

The fact that people and brands buy likes and followers is not new information. 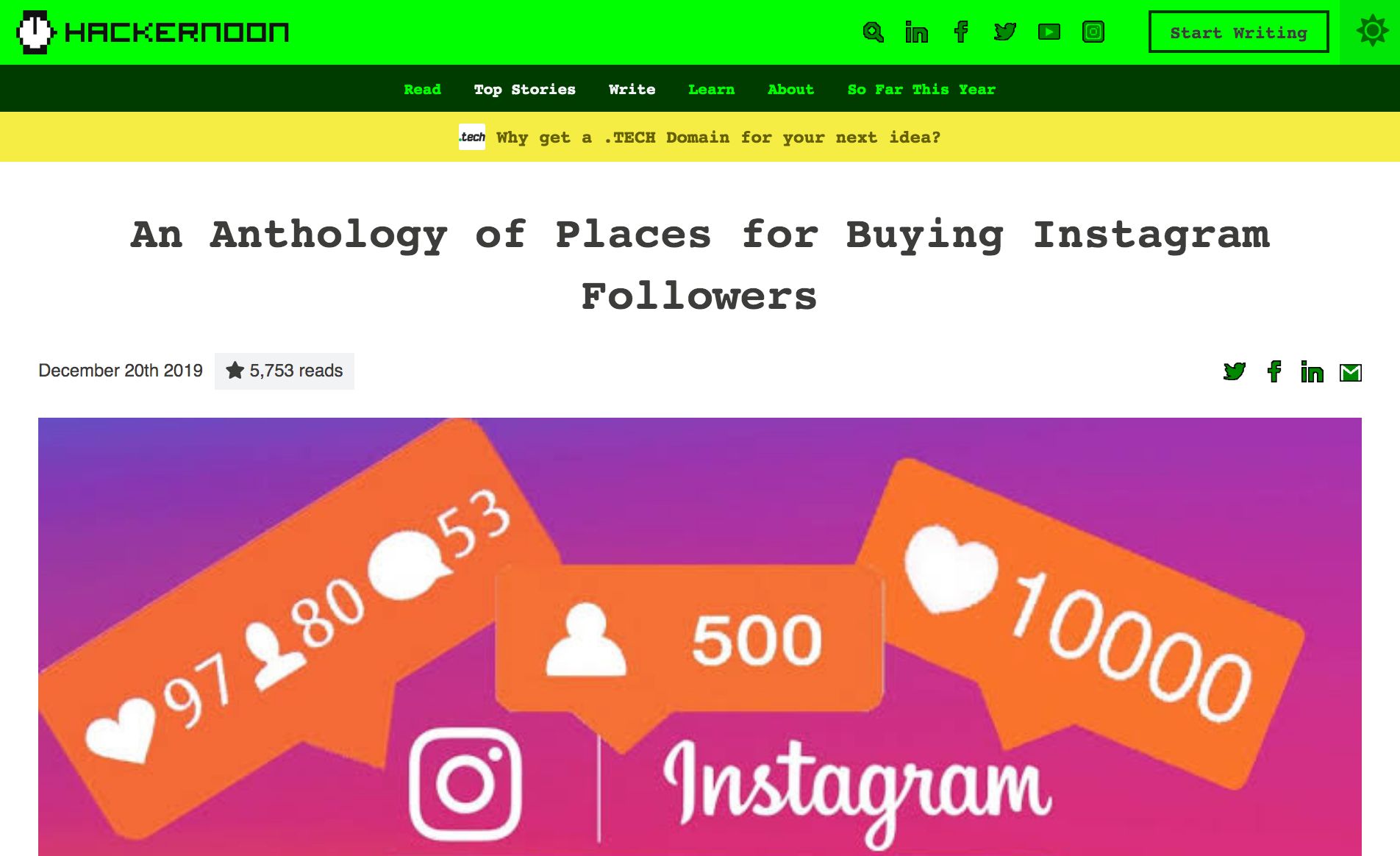 Neither is the fact that social media has had a transformative effect on the evolutionary function formerly known as self-esteem.

“The social psychologist Mark Leary coined the term sociometer to describe the inner mental gauge that tells us, moment by moment, how we’re doing in the eyes of others. We don’t really need self-esteem, Leary argued; rather, the evolutionary imperative is to get others to see us as desirable partners for various kinds of relationships.

Social media, with its displays of likes, friends, followers, and retweets, has pulled our sociometers out of our private thoughts and posted them for all to see. Human beings evolved to gossip, preen, manipulate, and ostracize. We are easily lured into this new gladiatorial circus.”

What’s worse: according to a May NPR article entitled Researchers: Nearly Half Of Accounts Tweeting About Coronavirus Are Likely Bots, “researchers culled through more than 200 million tweets discussing the virus since January and found that about 45% were sent by accounts that behave more like computerized robots than humans.”

So That’s Why Social Proof Kind of Sucks, Now

What’s to be done about it?

A simple solution might be to focus on measuring the right things, when it comes to building features designed to amplify social proof. We at Hacker Noon suspect that's what Instagram was attempting to do by removing likes for that short while - shifting focus to comments, longer captions, and other forms of engagement.

At Hacker Noon, many of our latest improvements to the reader and writer experience are the products of social proof conversations. Readwrite covered some of these developments, but most notably:

1. We added time reading created on the profile page (example): 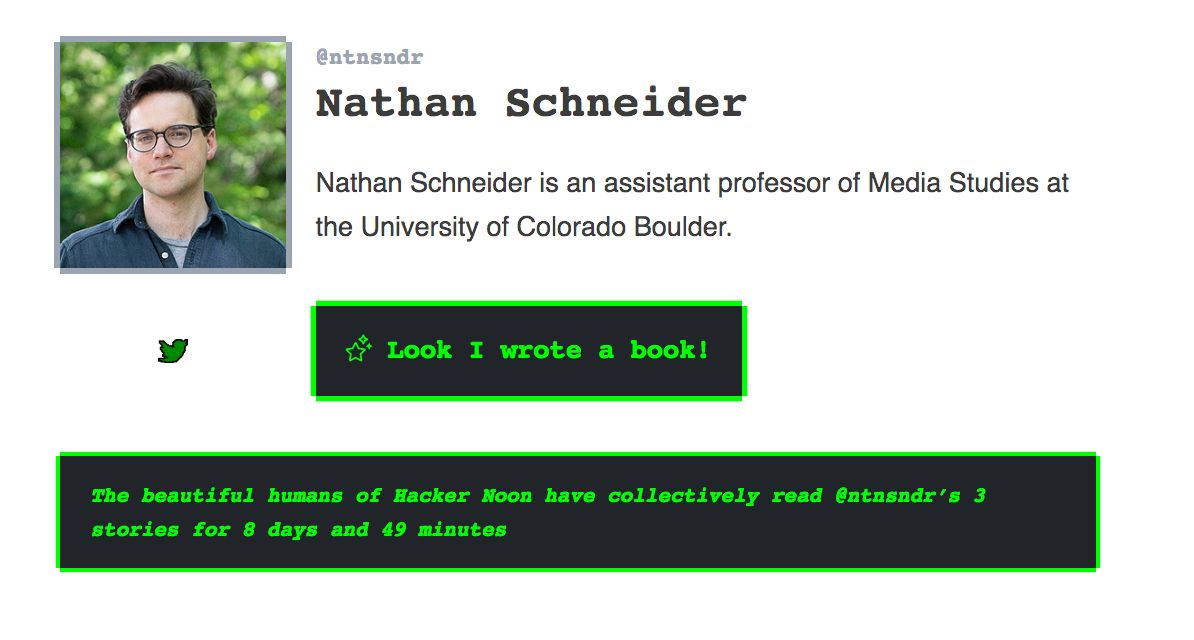 2. We added reads to the story page (example):

And, in the words of our CPO, Dane Lyons, this is why we’ve chosen to make these social proof related decisions:

"Social proof is one key element of the broader question: What motivates people to engage with Hacker Noon? Some readers want a simple signal to help decide if a story is worth reading. And writers want a reward signal to help facilitate a virtuous writing habit. So simply adding a subtle number of story reads at the top of the post helps both the reader and the writer.

We haven't yet been able to invest as much energy as we'd like into social listening analytics or custom story commenting/reacting functionality. So stay tuned for more Hacker Noon social proof in the coming months."