The Fall of a Video Rental Empire: How Blockbuster Grew too Big to Change 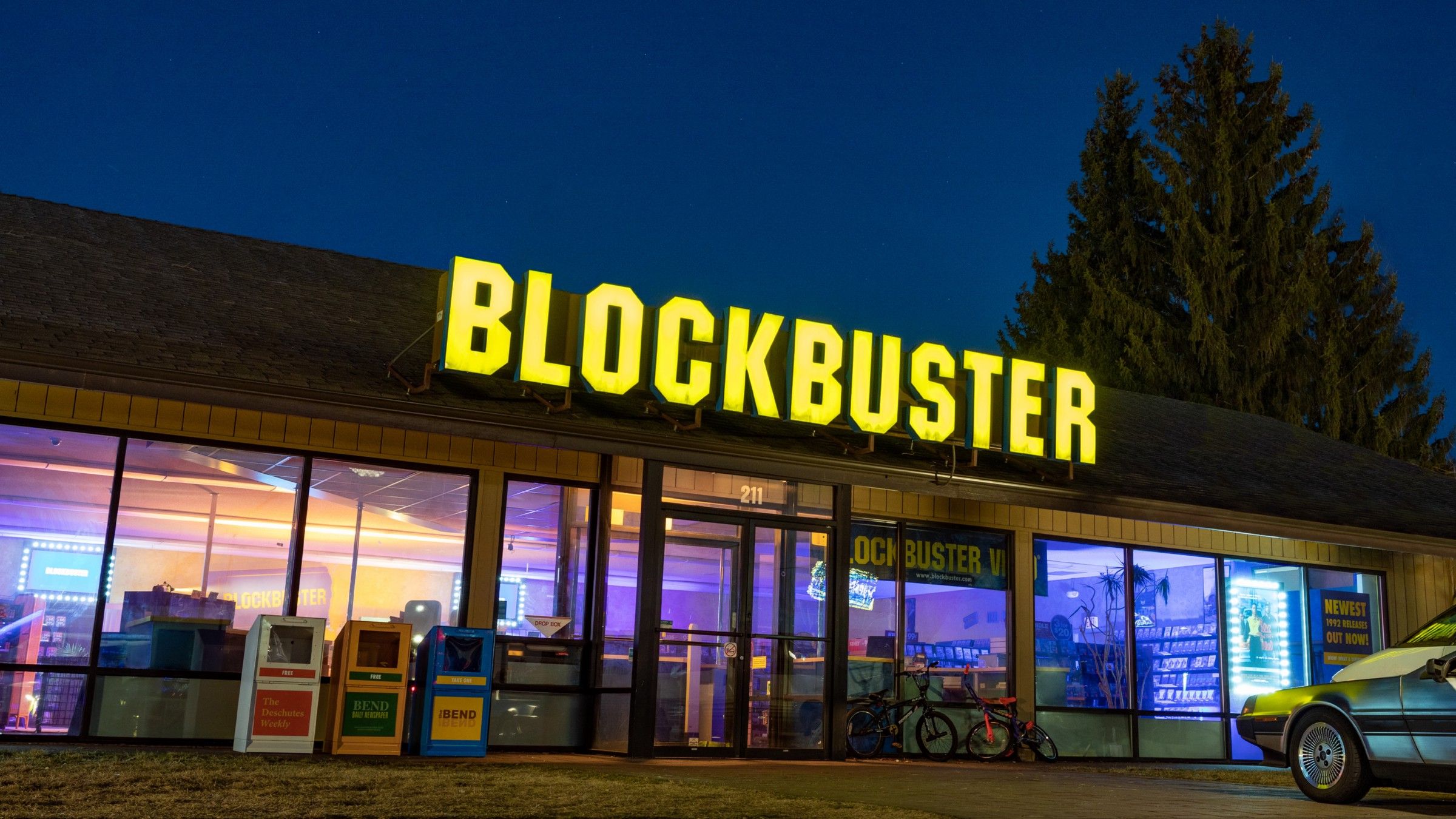 Does anyone remember the famous Blockbuster, the popular video rental store you used to frequent?

Do you remember walking through the doors and heading over to the new releases, recognizing some of them from the week before and getting excited when you saw something new?

At its peak in the late 1990s, Blockbuster owned over 9,000 video-rental stores in the United States, employed 84,000 people worldwide, and had 65M registered customers.

But fast-forward a decade, and Blockbuster ceased to exist, having filed for bankruptcy with over $900M in debt.

What made Blockbuster different from Netflix; differences that ultimately led to its demise?

The conclusion of this article is not what Netflix did to survive that Blockbuster didn’t. And I’m talking about the classic Netflix back in the late ’90s, not the current way of streaming content, but the sending of DVDs to your house because that’s what Netflix was during this time. They didn’t start streaming until around 10 years ago.

The 2 major distinction we found are:

1. Netflix sent the movies to you, whereas with Blockbuster you had to go to the movies. So with Netflix, it was more convenient for the customer but it was also more restrictive. There’s more freedom with Blockbuster because you can get movies at any time, without having to wait for the mail. This aspect is really just a matter of preference.

2. The other big difference is that Netflix is a subscription charge, whereas Blockbuster charges per movie. This is where Netflix has the edge. For what you pay during your weekly trip to Blockbuster, you could get a full month of unlimited rentals.

So the logical thing for a Blockbuster to do to compete would be to offer subscriptions for unlimited rentals at their stores, right?

But it’s not as simple as it sounds. 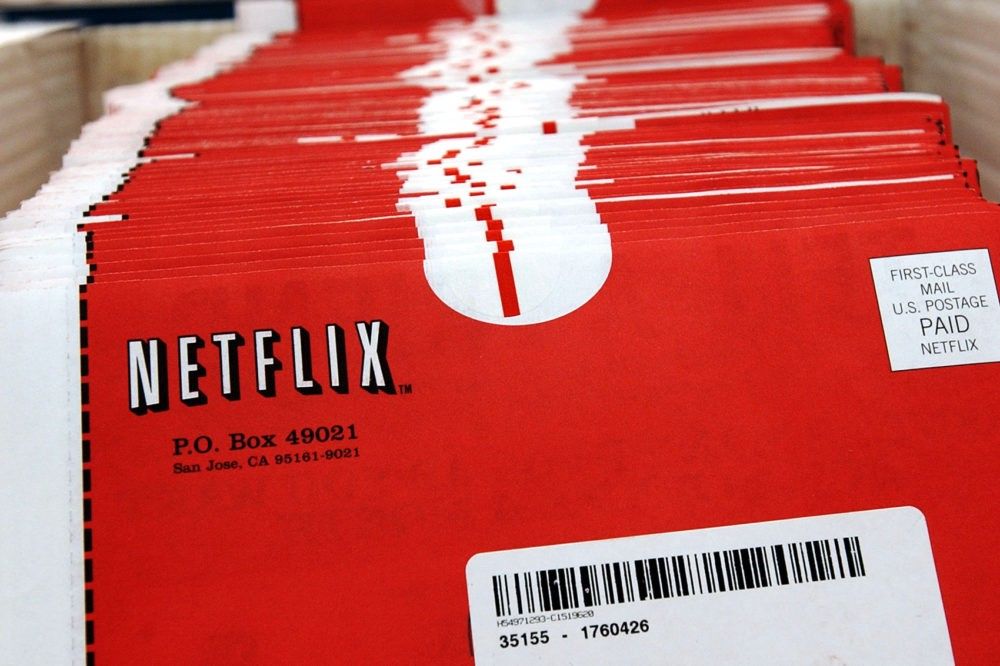 You probably heard that Blockbuster turned down a $50 million deal to purchase Netflix (which was worth 194 billion in 2020.)

At the very same time, they were entering into a 20-year deal that involves streaming video-on-demand using fibre optic technology. That was much more costly than it would have been to purchase Netflix. The only problem is that the deal was with Enron. Unfortunately, the technology didn’t work and Enron went bankrupt soon after and nothing came of it. It was a deal that could have put Blockbuster a couple of steps ahead of Netflix.

Blockbuster was the first rental service to serve billions and billions of home videos to a mass audience. It popularized the VCR and built up a chain of stories that peaked at 9,100 in 2004.

In a company’s annual reports filed with the SEC, they include a section that identifies possible threats to the company.

In almost every year that Netflix existed, they were listed as a possible threat as well as video-on-demand services.

In the report from 2001, they actually talked about their efforts to enter into the market by teaming up with DirecTV, so don’t make the mistake of thinking that Blockbuster was just ignoring all this. They were well aware of it and making efforts early on.

A significant amount of revenue generated by Blockbuster is through something called late fees estimated around $300m in 2004. This is something that’s impossible to collect if the customer has an unlimited rental subscription.

They were generating a healthy amount of income from late fees and were resistant to change their structure to something that would completely eliminate this source of income.

However, in 2004 they started offering a subscription service called Blockbuster movie paths. And beginning the next year, they announced the elimination of late fees. But the thing is that if you’re still renting out movies the traditional way, late fees are sort of necessary. They needed to have those movies back on time and the motivation for the customer to do it was through the late fees.

Eventually, they tried to enter every market at the end of 2006. They launched Blockbuster total access, which was another online subscription service that allowed customers to check out multiple movies at a time they could go:

2. Exchange them at any Blockbuster store.

It gained a lot of subscribers initially but quickly went down as it was more expensive than Netflix and I suppose the convenience of exchanging the movies in-store wasn’t worth the extra money for the customer.

In 2010 blockbuster went bankrupt. Dish Network bought the company soon after, but haven’t been able to do much with it. They’ve tried similar things integrating it into their satellite service but it seems they’ve basically given up.

It would take some brilliant minds to make that name relevant again and I doubt it would even be worth it.

The whole renting movies in-store and taking them home model is obsolete today. It was becoming obsolete with the subscription model being popularised.

The simple fact is that the service Blockbuster provided became useless, and the only way they would have been able to survive is changing their entire structure to match their rival's. It is not surprising that restructuring an entire business is difficult to do.

They needed to break into that video on demand and video by mail industry and as we saw they gave it a try:

1. They tried it with Enron Direct TV and started providing their own services.

2. We see this by the fact that they continued to open more stores while they were experimenting with other services and seeing what would catch on and be profitable. They predicted that it was the way of the future.

But it seems they underestimated how quickly the future came, they didn’t feel the urgency to do it early on, and once they did it was too late.

I’m sure if I pulled you aside 35 years ago and asked you if you thought that video rental stores would be completely irrelevant in 5–10 years you would have said of course not, and that’s what Blockbuster thought.

Blockbuster is a victim of the world changing around them. If they were able to tell the future they probably could have started restructuring their business model early enough to have an edge on Netflix.

But we can’t fault them for not knowing the future in the early 2000s. They were in a time where they needed to make changes fast but they weren’t aware of it. The sad truth is some companies aren’t meant to last forever.

Maybe it was just time for Blockbuster to fade into the sunset. I don’t like thinking of them as the joke that they’ve become, I prefer to remember them during a time when things were different and when life was simpler.

The Ways in Which AI has Changed the Way We Move, Work, Search and ... 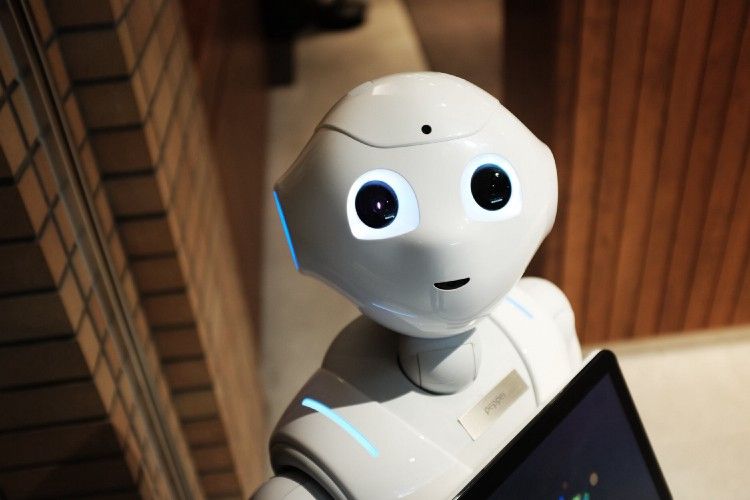