Pocketalk Review: Is this Translator Device Worth the Hype? 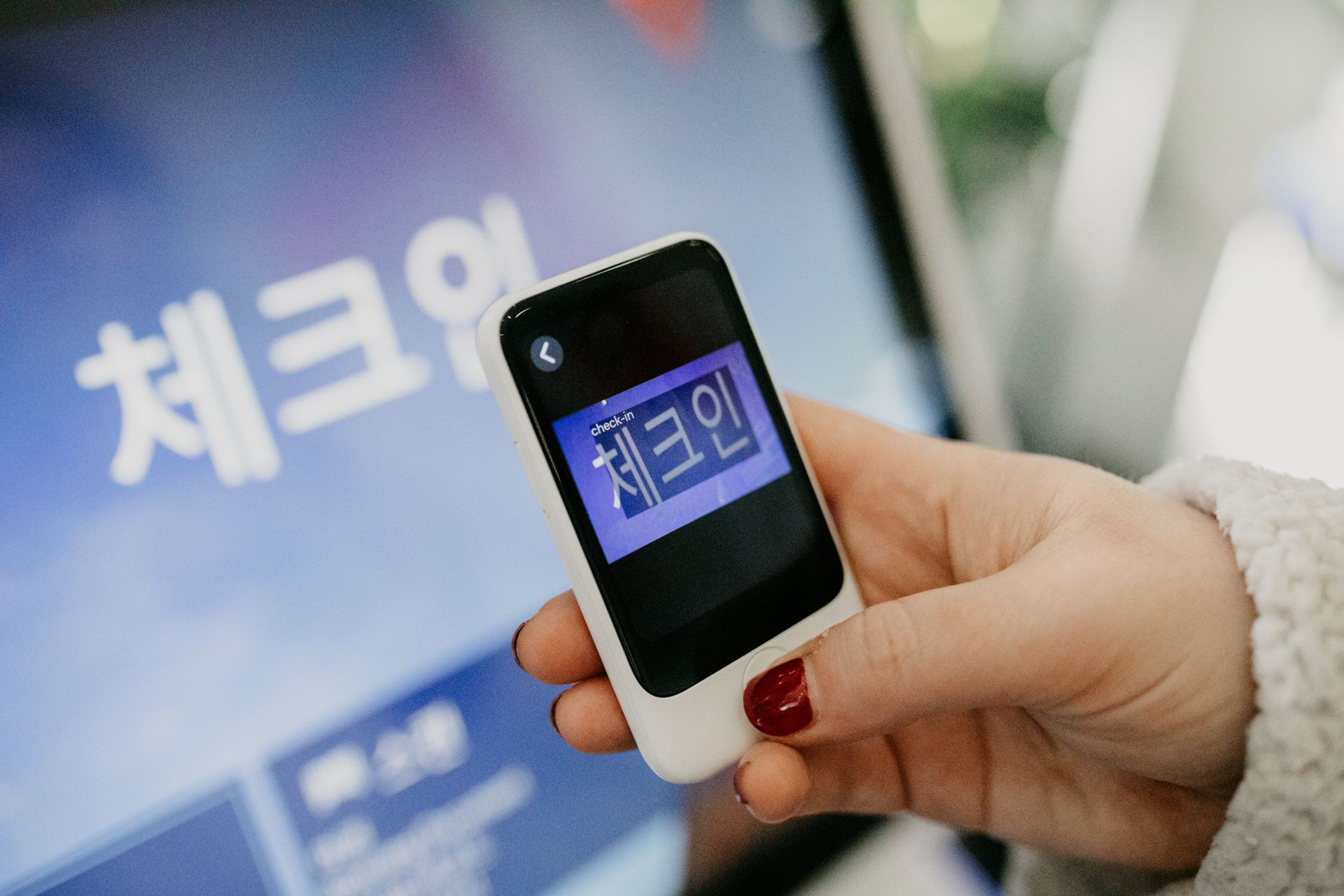 Pocketalk is a mobile translator device that supports over 70 languages and works in over 130 countries. In our Pocketalk review, we will explain why this device may or may not be a worthy investment for you and/or your company.

Full disclosure: The views in this review are mine and mine alone and do not reflect the Hacker Noon company as a whole. Pocketalk did send me a review unit for this article. However, I have not received any compensation to write this review, and thus these opinions are my true opinions.

Recently, my fiance and I were planning our wedding in Japan. It's important to note that my family members live in Canada and the United States.

None of them speak a word of Japanese. 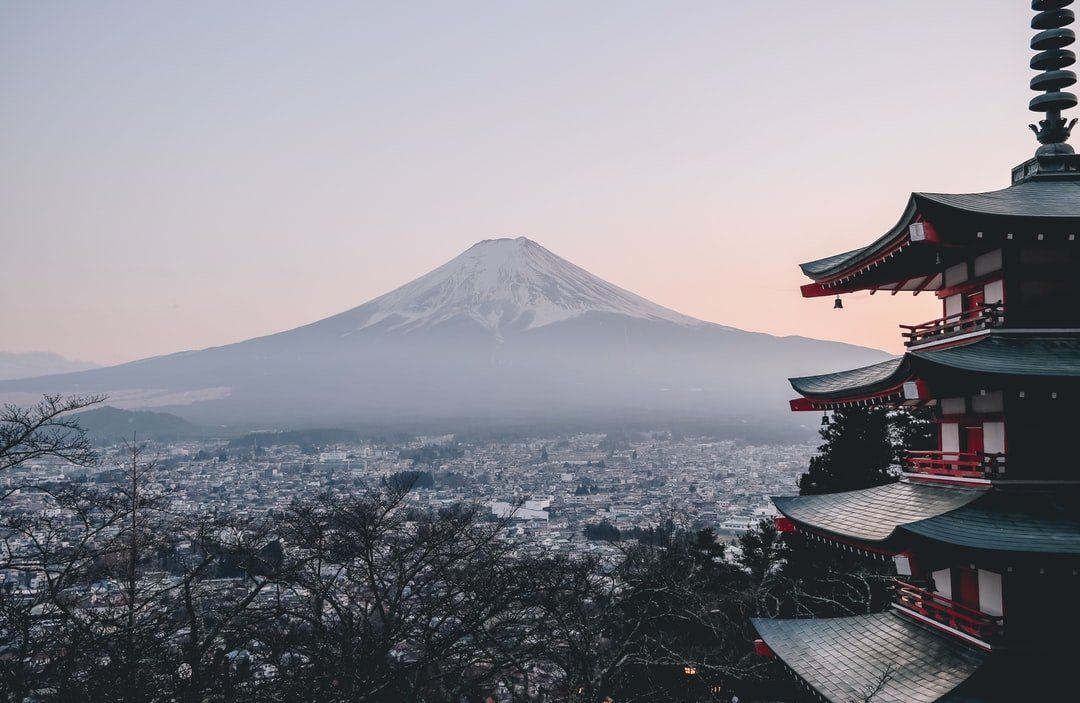 Image via Manuel Cosentino on Unsplash

Therefore, we thought about ways to make the coming trip easier for them. We were even considering hiring a professional translator to help our two families communicate.

Then, I remembered a colleague of mine mentioned he had the same issue for his wedding, and he opted to purchase a Pocketalk translator device. He swore by the device and since he and I work at a translation and AI company, his recommendation carried a lot of weight for me. This anecdote sort of shows the power of word-of-mouth marketing.

After testing the Pocketalk translator for 2 weeks, both my fiance and I agreed that it was the perfect device to help our two families communicate.

To begin this Pocketalk review, let's start with a brief introduction to this mobile translator device, developed by the Japanese company Sourcenext.

You may have seen Pocketalk commercials on Facebook and Youtube when the company was going hard in their marketing phase.

Here is one of these ads to jog your memory:

Put simply, Pocketalk is a mobile translator device that works with just one simple click of a button. After the initial setup, all you need to do is input your language and the language you want to translate to.

After that, all you need to do is press and hold the main button, speak, and let go.

Who is the target market?

To find out more about the business strategy of the company, I spoke to Sourcenext CEO Noriyuki Matsuda.

"Pocketalk unlocks possibilities, whether that is while exploring a new country, signing a new business deal or learning in the classroom," says Matsuda. 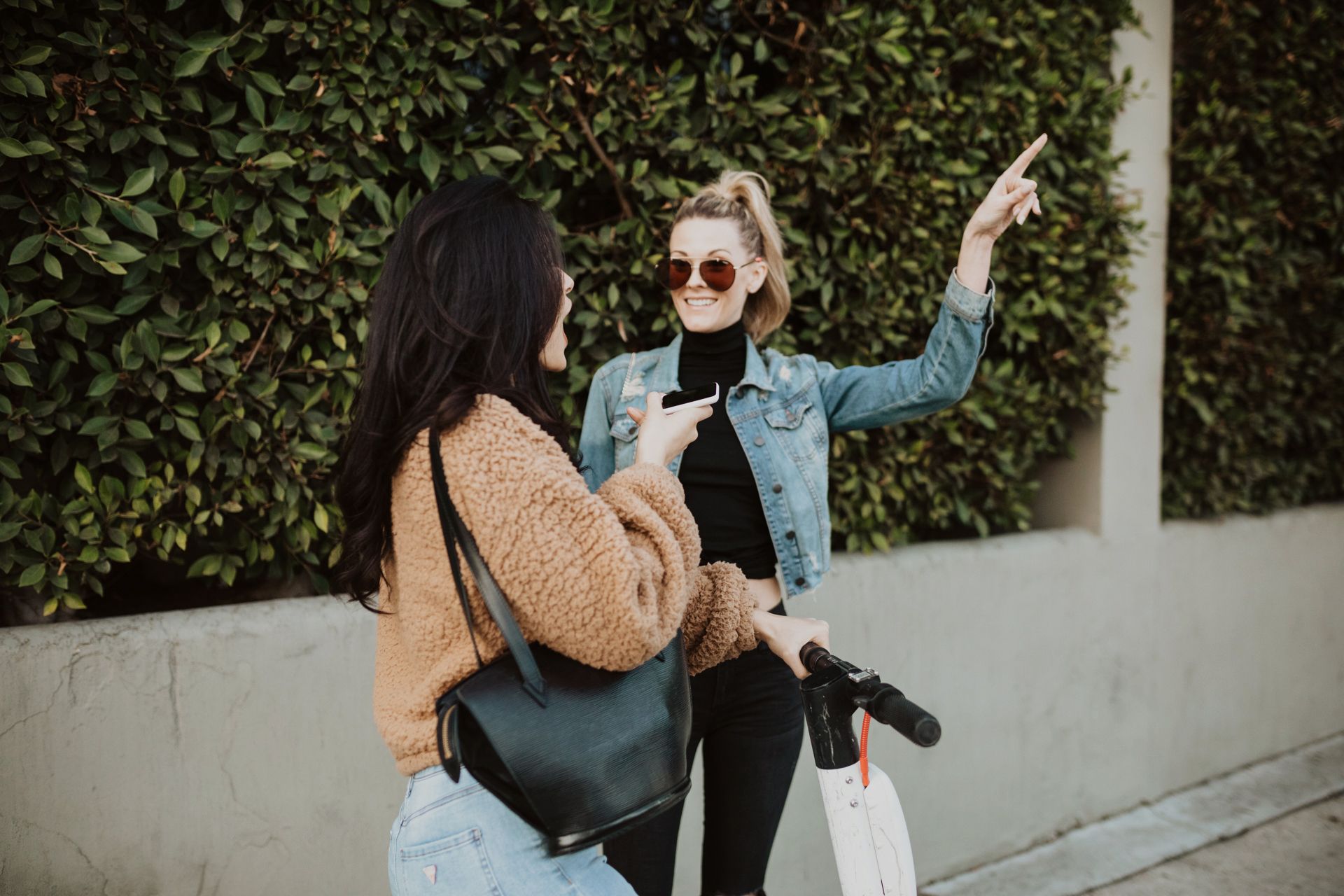 "For the leisure traveler, one can feel confident in taking on adventures in new places and engaging in meaningful conversations. With communication that is truthful and accurate, the business traveler can keep the focus on just that, business."

Matsuda also told us that Pocketalk was great for classrooms and healthcare settings. While I won't get into it in detail here, the company donated 600 Pocketalk devices to first responders in need of translation services.

Throughout my two-week review of Pocketalk, I was constantly impressed by both the hardware and the software of the device. 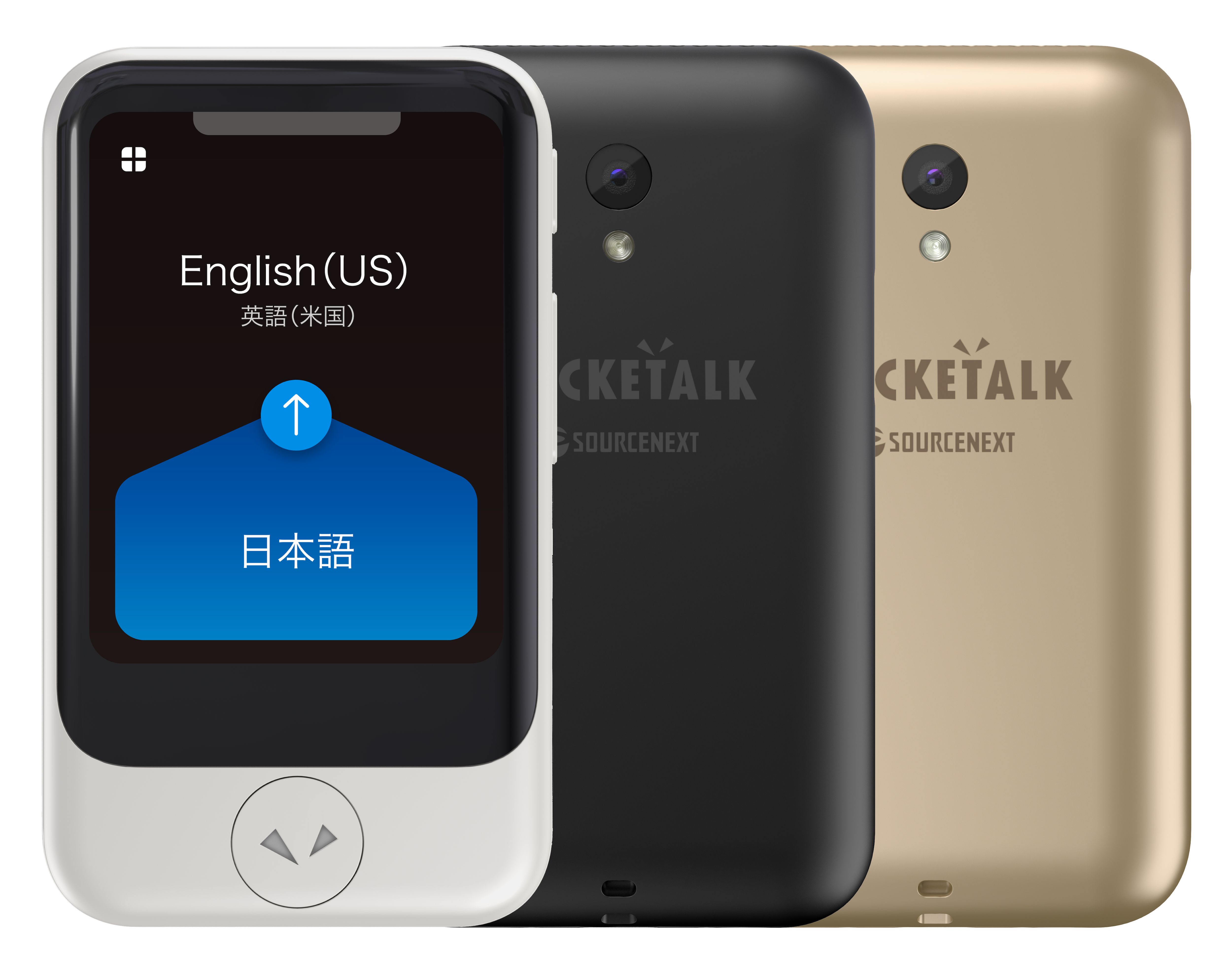 Pocketalk's translations were very accurate, and that is because all translation happens in the cloud. Sophisticated machine translation engines process your inputted speech, translate it, and produce an output instantaneously.

I want to emphasize the word instantaneously, because you can literally watch the device translate the words on the screen while you're speaking.

In the intro to this article, I made sure to write the disclaimer that I'm not getting paid for this review, because it's always going to sound like an advertisement when I geek out over any tech. Apologies for that in advance.

My Review of Pocketalk's Best Features

We live in a world of constant technological advancement and often take it for granted. To understand how remarkable mobile translator devices have become, let's break down a few things that have to happen behind the scenes for these instant translations to occur.

First, the Pocket Talk translator device uses a speech-to-text engine to capture your words and convert them to machine-readable text. It then uses a text-to-speech engine to convert the translation into audio for the receiving party to listen to.

Speech recognition is a beast of its own that we won't get into here. Let's just say it isn't an easy thing to do. Even the likes of Amazon and their Echo devices haven't perfected this yet.

Built-in Global SIM for Machine Translation in The Cloud 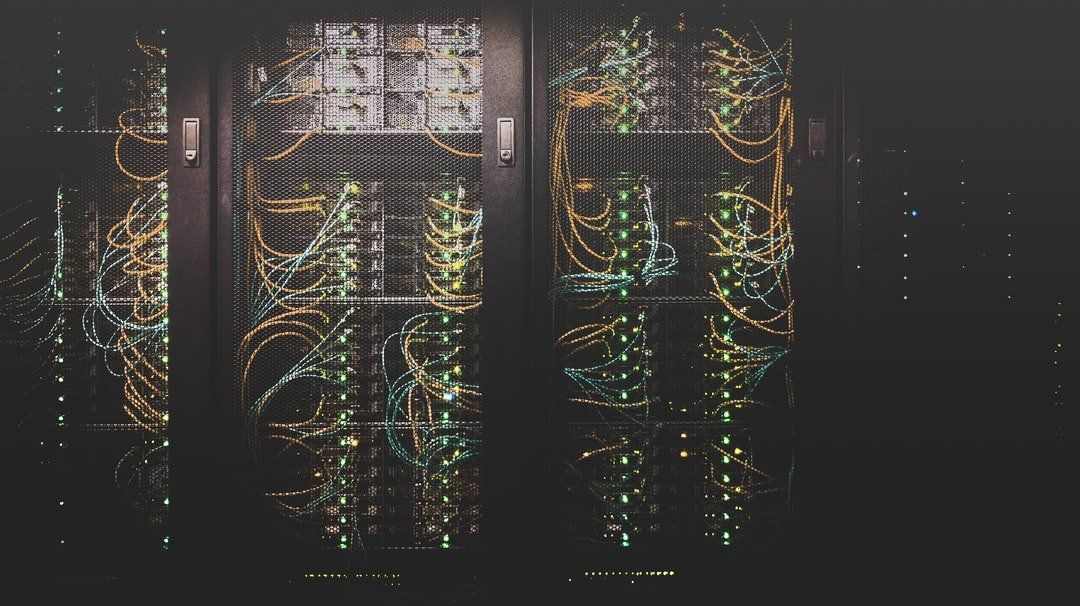 Image via Taylor Vick on Unsplash

Second, the text is then sent to Pocketalk's machine translation engines in the cloud where the text is translated into the target language. The fact that this happens in the cloud requires a network connection. Which brings me to one of the best things about the device:

Every Pocketalk device comes with a built-in Global SIM card that gives you internet access in over 130 countries.

As someone who has done both of those things, I can't stress enough how much stress relief you get with a built-in Global SIM card.

Finally, once the text is translated, a text-to-speech engine converts the translation into audio which is played to the receiving party.

One extra touch that I liked about the device is that the synthetic voices which read the translations aloud had, for the most part, decent natural intonation.

I've tried to train my own synthetic voice in the past. While the tech is improving rapidly, it isn't easy to create natural-sounding synthetic voices.

I think this is a small detail that many people don't realize makes a difference, especially in a setting like a wedding where two families are getting to know each other. 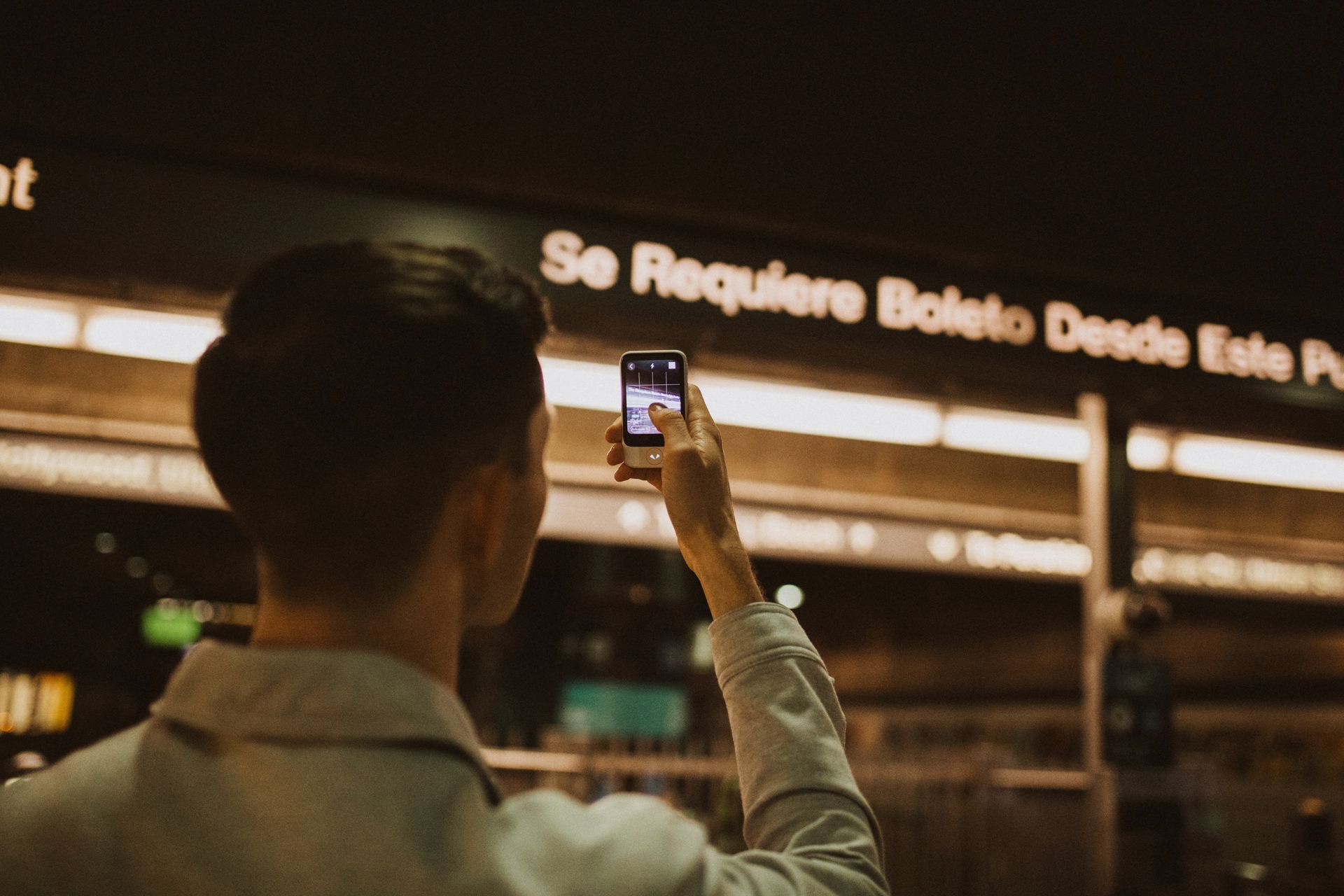 The camera instantly translates text, the written word, and signs. It should be noted that this feature works in only 55 of their 70+ supported languages.

You can use Pocketalk to take a photo and it will translate the text, and superimpose it on top of the original image. This is a great feature for things like menus in restaurants, maps, and road signs while traveling.

My Pocketalk Review: The Verdict

I hate giving number values for things in tech reviews like rating aspects of the device out of 10.

Instead, like my colleague did for me, I will simply give you my word-of-mouth review and define 3 personas who I would or wouldn't seriously recommend this device to.

I tested this device in Japanese-English and English-Japanese and the results were great. I wish I had this when I first came to Japan. On the other hand, it may have lowered my motivation to learn Japanese, so the verdict is still out on that one. 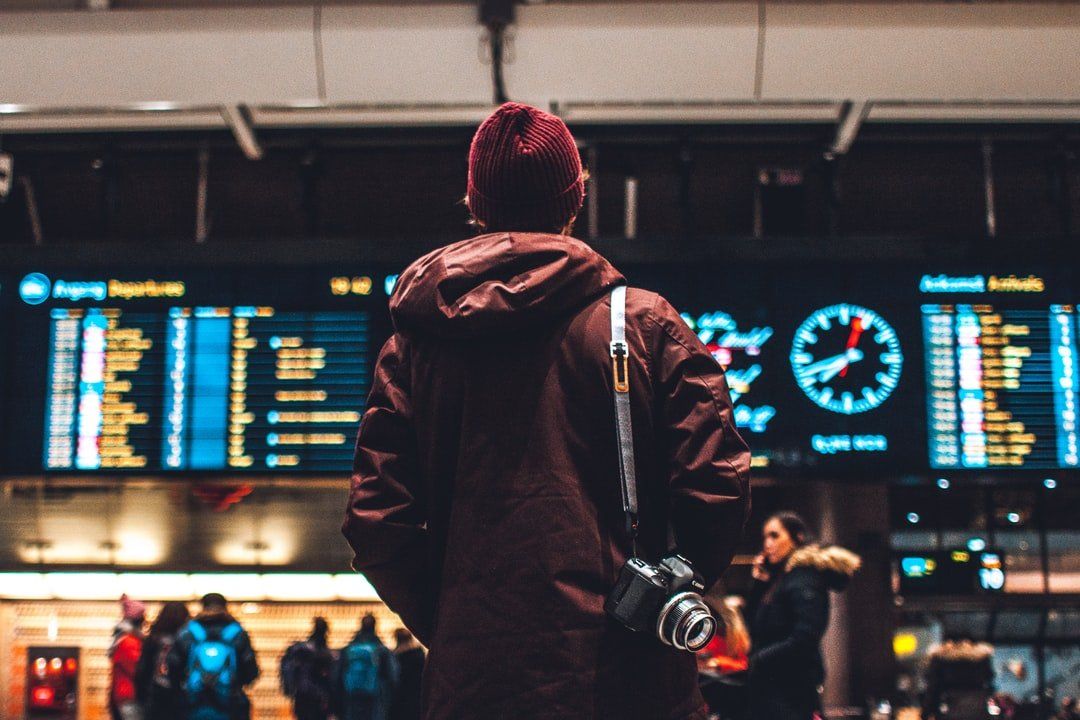 Image via Erik Odiin on Unsplash

I can't tell you how many times my phone died because I was draining the battery trying to follow Google maps or translate something in a shopping mall. If I'd had this standalone device, I'd have been confident enough to ask strangers for directions or ask shop clerks for prices.

Many of the best (non-chain) restaurants in Japan don't have English menus. Taking a quick picture of the menu can greatly ease your pain when trying to order food in a country where you don't speak the language.

Pocketalk's accuracy is remarkable. However, in Japanese and English, the speech recognition engine wasn't 100% accurate all the time.

Obviously, this is fine for daily conversation and traveling. But I couldn't recommend someone to use this device when discussing the details of a contract for example. 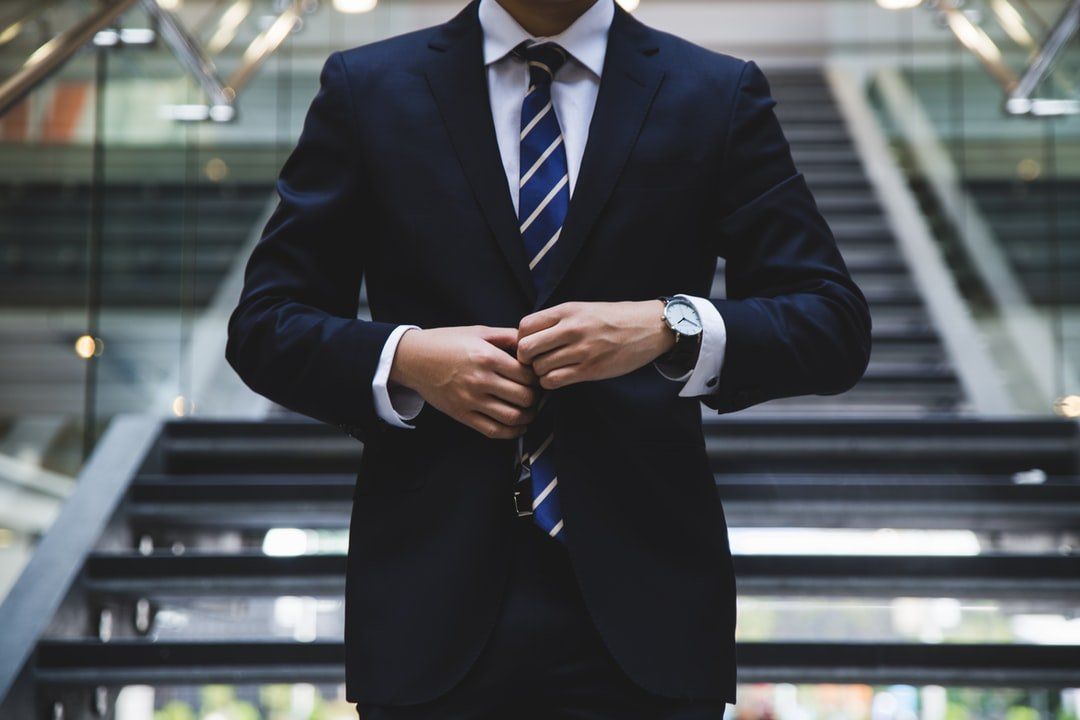 Image via Hunters Race on Unsplash

If you're going to do business in Japan (or any other country) regularly, you should try your best to learn the language or always have a professional interpreter for important conversations.

For some people, 80 - 90 % accuracy may be okay in certain business conversations. But just as a personal rule, I wouldn't feel comfortable with anything less than 100% accuracy when discussing serious business propositions or contracts.

But of course, if you just want a device to help talk to foreign colleagues over lunch and less serious situations, a Pocketalk would be great. Hiring interpreters is very costly. Hiring an interpreter just for a few hours could cost more than the total cost of a Pocketalk device.

Perhaps one cost-efficient option would be to hire an interpreter for the serious meetings and discussions where they are needed, and then use a mobile translator for less-critical parts of your business trip.

This is the toughest one out of the three. I am torn when it comes to using a Pocketalk for language study. 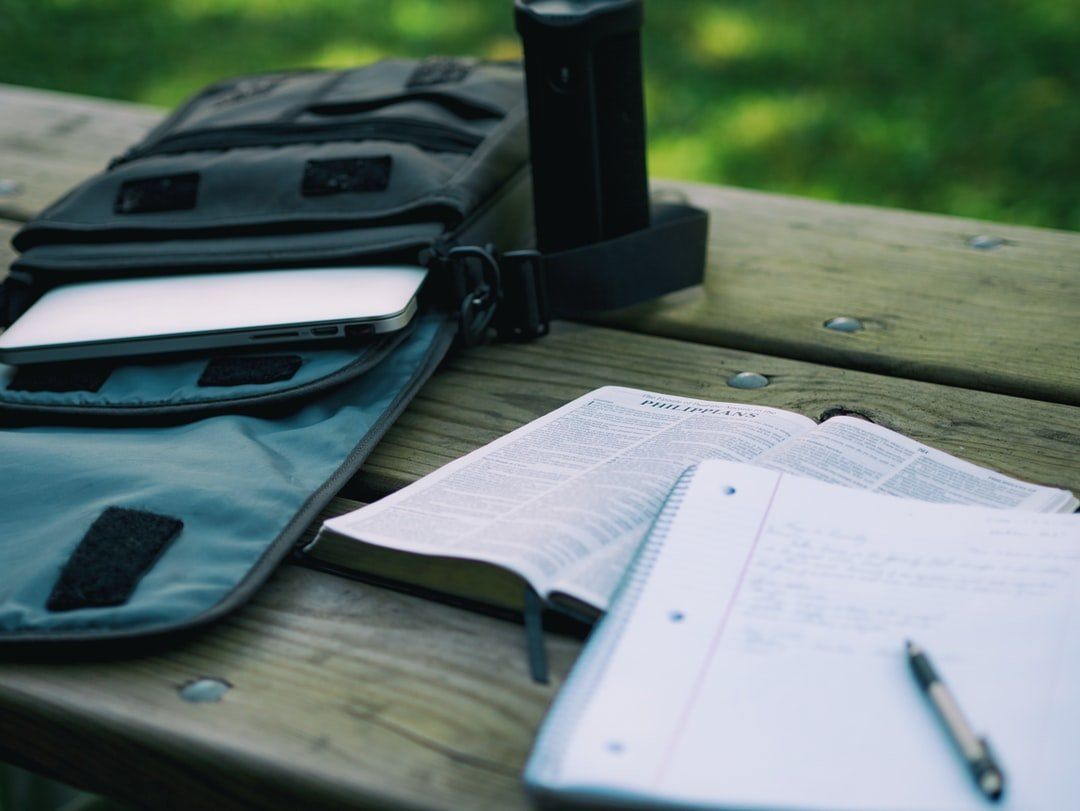 Image via Aaron Burden on Unsplash

I was an English teacher in Japan for 2 years and I am an advocate for the 100% immersion system where the teacher teaches the class 100% in English. I think if students were using dictionaries or translator devices like Pocketalk, it could act as a safety net that slows down their learning.

On the other hand, when I study Japanese, there are often times where I have 99% of the words I want to say, but just don't know how to say 1 of the words in Japanese. In that instance, a Pocketalk would be perfect. I could just translate the one word I need, and then I could say the sentence on my own.

This could limit the number of times in the class when I say "Sorry sensei, I don't know how to say this word. What is ____ in Japanese?"

In that sense, it would make the class smoother. So when using a mobile translator device for language study, it really depends on your language level and use case.

I hope you found my Pocketalk review useful. Again, I'm not being paid for this review at all. I apologize if it sounded promotional at times, but I always get enthusiastic when talking about new technologies that I like.

As someone whose first computer had Windows 98, even the slightest technological advancements amaze me. And being able to communicate in multiple languages at the touch of a button is an accomplishment I greatly admire.

Related Stories
Subject Matter
Enter The Decentralized Internet Writing Contest by @HackerNoon+FreeTON
#promoted
Top 15 Chatbot Datasets for NLP Projects by @Limarc
#ai
What Retailers Can Do with Excessive Inventory Pile Up from the Pandemic by @alahausse
#fashion
How to Build an MVC App On Rails by @sajjad-ahmad
#web-development
10 Ways Tech Is Increasing Workplace Productivity by @laurenjoe
#productivity
2n3904 Circuit: Multisim's BJT Circuit Simulation and Analysis by @lily-hathaway
#consumer-electronics
The Tech Industry is a Balancing Act Between Two Value Systems: Cash and Humanity by @KiraLeigh
#society