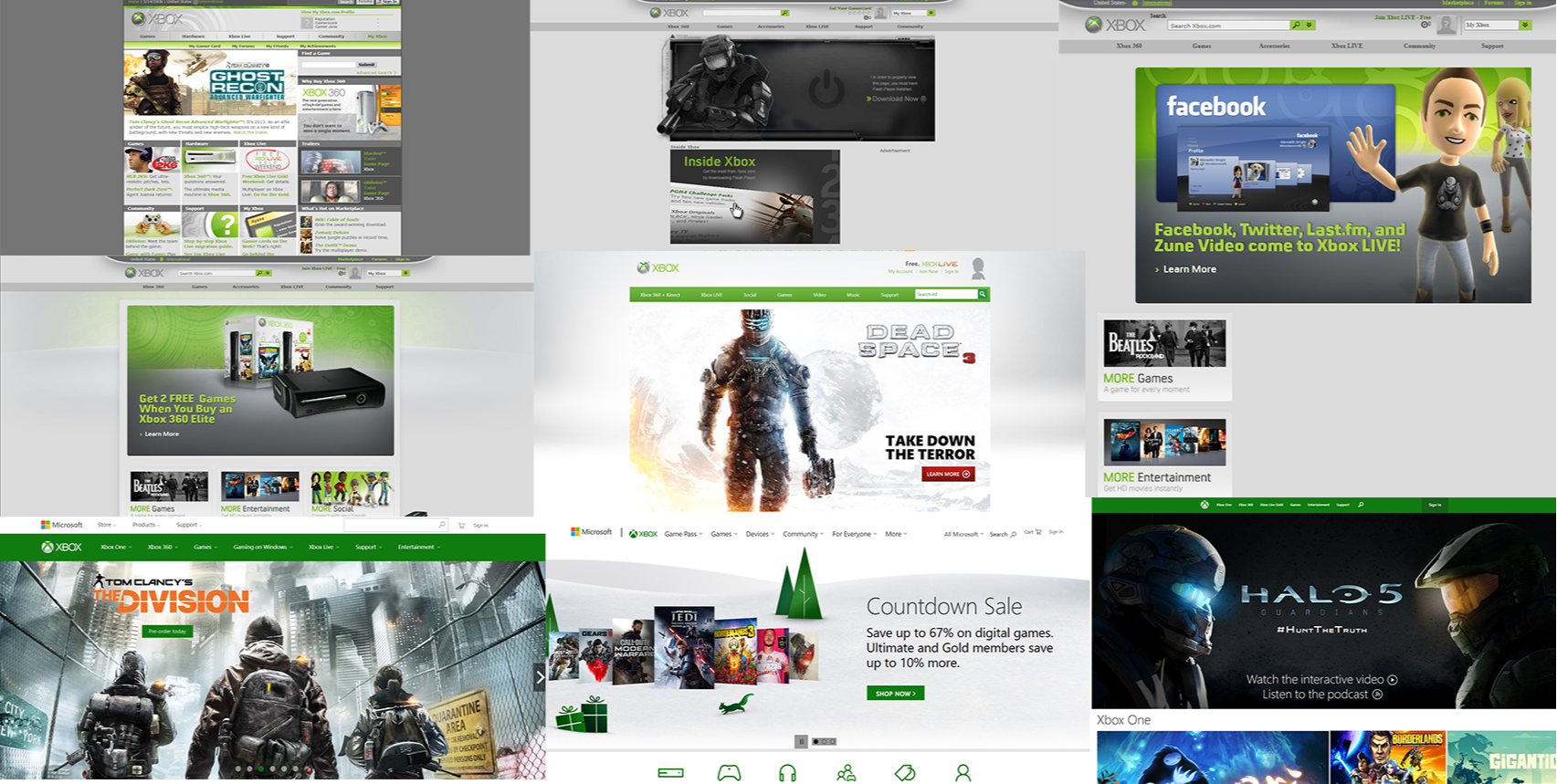 We cover the biggest names in tech today and the amazing (and not so amazing) things their homepages say.

Xbox is one of the major gaming companies in the world. Created and owned by Microsoft, it was launched in 2001, and since then, it has become a global brand. In this review, we will discuss the evolution of the Xbox website and see how the design elements improved over the years.

In 2003, the website was not very well organized. Honestly, it was cluttered, and lots of space was not being utilized at all.

However, the navigation of the website was pretty good. It also had a sign-in button and a search bar. The color scheme, however, was pathetic. Grey and green did not go well at all.

In 2004, the website stayed pretty much the same. The only changes were the new games and ads.

In 2005, the design looked much better due to the addition of backgrounds that featured the latest games and characters. The homepage also featured a list of upcoming games.

In 2006, the website was changed completely. It featured the new Xbox logo and design schema. The navigation was pretty much the same; however, some buttons were switched. Xbox also personalized the experience for the user by posting ratings on the homepage.

2008 brought a significant change in the design elements of the website. The website became less information-centric and more minimalistic. The navigation, however, remained similar. The colors became uniform, and the new, a bit darker, shade of grey looked more appealing. 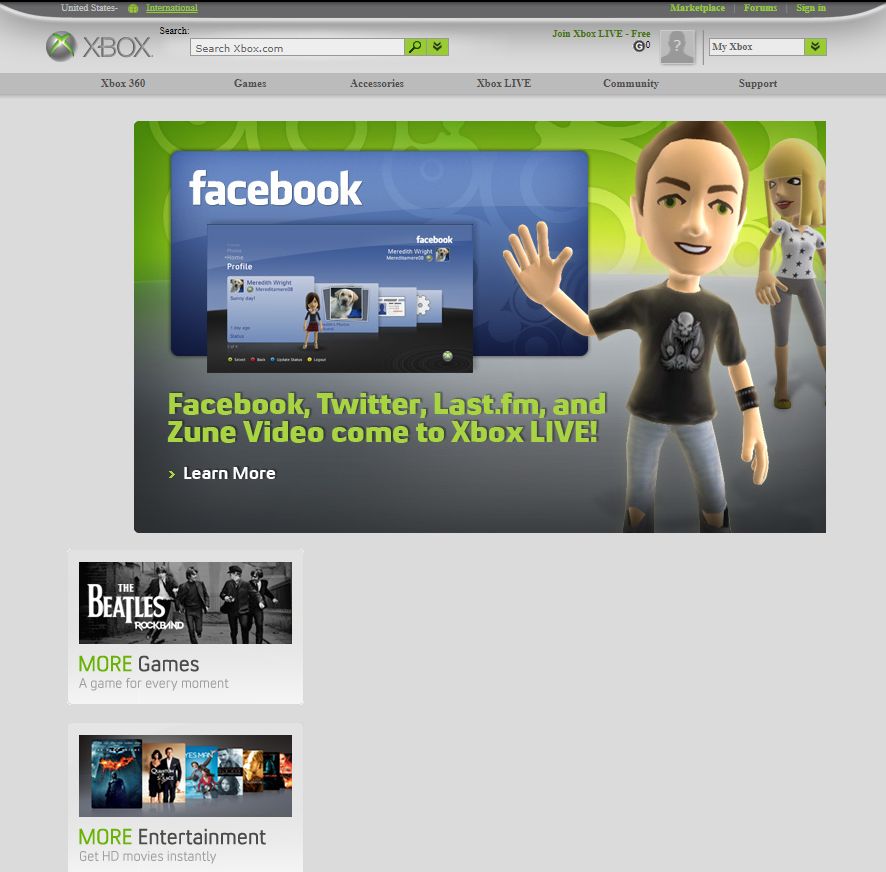 In 2009, Xbox tried to utilize more space on the home page, but honestly, the proportion of elements wasn't great. The navigation and color scheme stayed the same.

In 2010, Xbox also tried to play around with the background to complete the aesthetics; however, it was not a perfect effort. The navigation panel and buttons were the same.

2011 was a much better design year for Xbox. The layout was much better and uniform. Xbox also featured avatars on the top right corner of the screen. White, a brand-new color, was added to the theme, which improved the overall aesthetics and the logo as well.

The best thing was the navigation panel. It featured a neat and clean look, which honestly improved the general sense of the homepage.

2012 started featuring more elements. It had a neat and uniform layout. Also, the focus on information was eminent in the design as well. Other details were almost like the previous version.

2013 featured a significant change. The home page got rid of all the extra elements. It showcased a slide show of upcoming games which improved the overall design as well. Other elements remained the same. 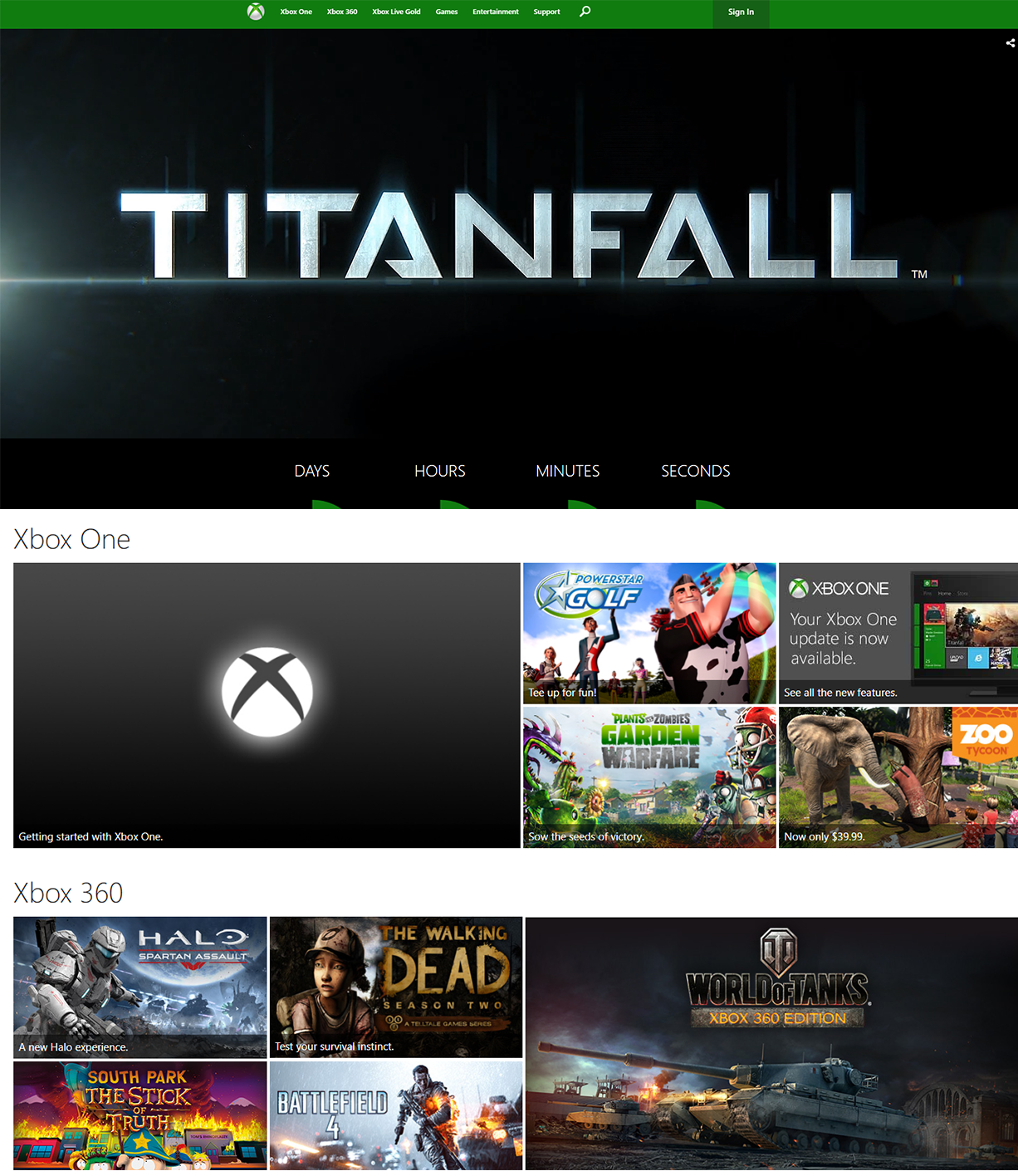 2014 was the year when Xbox began to utilize space very well. The design was a mix of 2011,2012 and 2013. Xbox also featured darker colors for the overall theme. The website likewise had a more optimized navigation panel, which also improved the overall look. 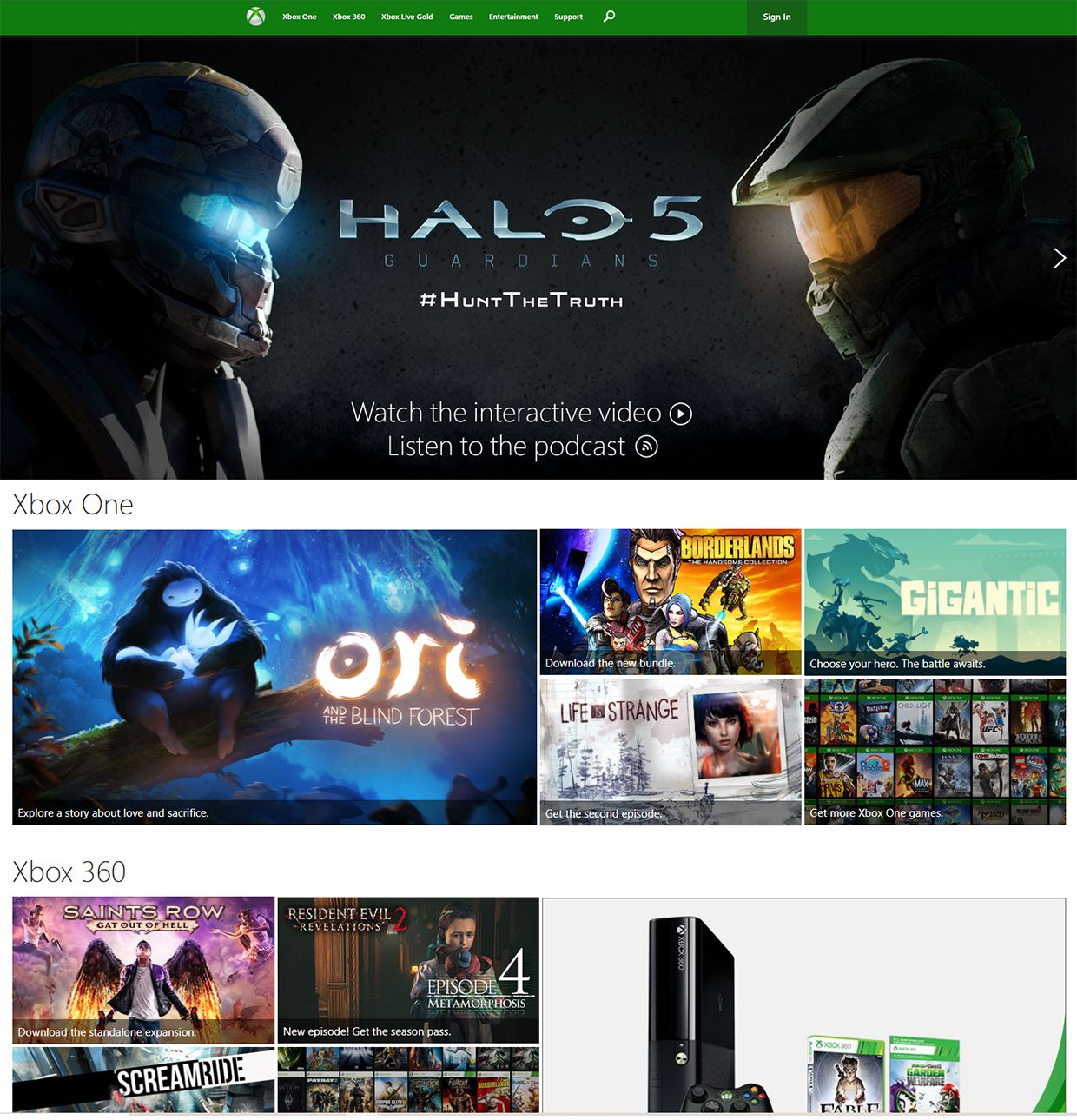 In 2015, Xbox did not change any design element, and the website remained almost the same as 2014.

In 2016, Microsoft made things more accessible by introducing 365. The website, like all other Microsoft websites, featured the company’s branding.

The navigation panel had more buttons, and the slide show element was the major highlight of the webpage. Although the design was much better, the separate green and white branding for Xbox and Microsoft did hurt the overall uniformity.

In 2017, the design became more uniform with the introduction of white instead of green but separate elements for Microsoft still ruined the overall uniformity of the website.

2018 was almost the same as the previous year; however, a few more buttons and dropdowns were added to the navigation panel.

In 2019, Xbox finally realized the problem of two separate navigation panels and merged both. The overall design looked much more uniform. Also, the introduction of vector elements improved aesthetics.

Related Stories
Subject Matter
Book a Demo. Ship Fast. Rest Easy. LaunchDarkly. by @LaunchDarkly
#promoted
How the Twitter Homepage has Changed in the Past 10 Years by @toptechcompanies
#twitter
A Custom Chart by Using the HTML Component Plainly Explained by @velo
#velo
Business @ the Speed of Thought and The Road Ahead Revisited by @maddykutechno
#business
The Achilles Heel of Authentication in 2020 by @richard-did
#coding
5 Must-Read NFT Articles for Blockchain Enthusiasts by @theroundup
#nft
9 Best Fallout 4 Weapons Mods in 2021 by @nicolasng
#fallout-4-modding