Farm Animal NFTs are Selling for an Average Price of 1,880 USD 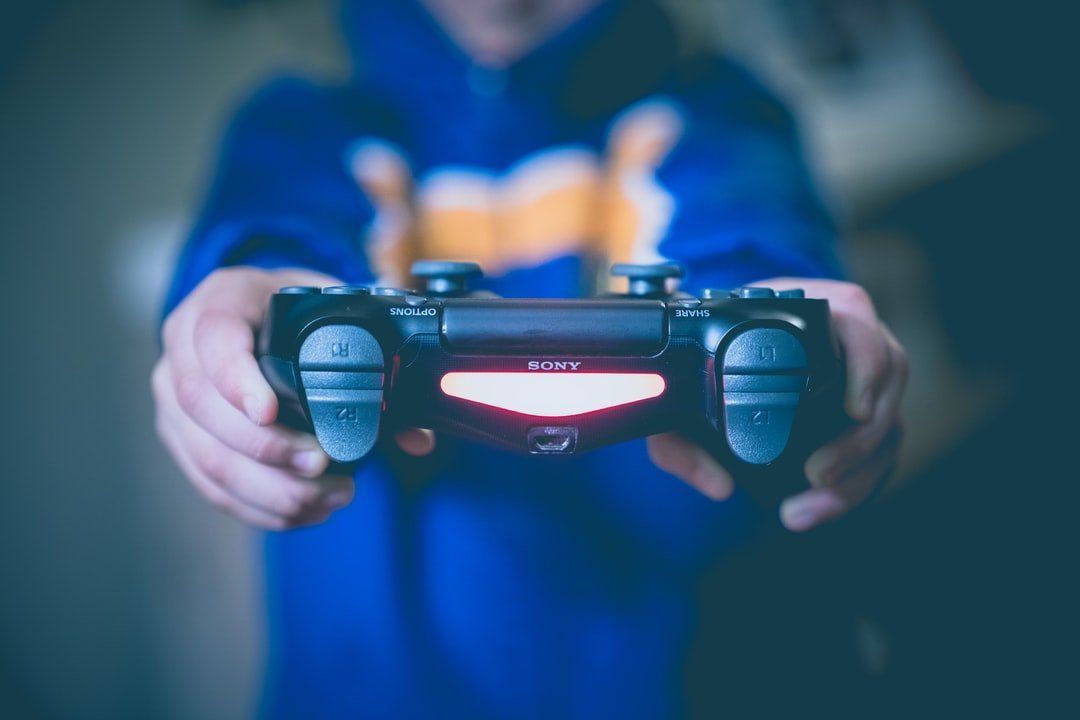 Since FarmVille, gamers have been jumping from one farming game to the next in pursuit of the highest rewards. Digital tokens called non-fungible tokens (NFTs) have become a game-changer by giving gamers ownership rights to the in-game digital assets on their farm. That’s the allure of a new MMOG game called ‘My Neighbor Alice’ whose farm animal NFTs are selling for an average price of 1,880 USD on the Chinese NFT marketplace Treasureland. The price of an MNA NFT for Berta the cow or Helga the sheep may seem exorbitant but it could be the best investment these gamers ever make in the blockchain.

The social simulation game was designed to introduce gamers to blockchain gaming and the collectible digital tokens behind a global craze in gaming. NFTs turn digital assets into verifiable, tradable tokens that allow gamers to own their cherished digital goods. What they win, create, and buy in one gaming world they can now play, trade, and sell in another.

This tamper-proof evidence of ownership in a collectibles market devalued by forgeries is behind a global boom in the trading of NFT-backed digital assets. The Chinese gamers are part of a surge in hobbyists during the COVID pandemic contributing to record high prices for newly tokenized collectibles such as sports trading cards.

The throngs of gamers in China and Japan, the two largest online gaming markets, entering the NFT marketplace are pushing blockchain gaming into the mainstream. The infusion of NFTs into Asia’s gaming and consumer culture can be seen from China’s luxury goods market to Japan’s manga culture.

Readying for an onslaught of Asian gamers into blockchain gaming, more Asian crypto businesses are setting up shop in The Sandbox gaming metaverse. Most recently, leading Japanese crypto exchange Coincheck acquired a large number of LANDs in the form of ERC721 non-fungible tokens for its NFT marketplace.

CoinCheck’s NFT marketplace is the biggest development in the Japanese NFT market since J-Pop girl band top charter SKE48 instantly sold out its first set of NFTs in the fall. Japan’s beloved J-Pop bands, through the issuance of NFTs and promotion of crypto brands, have been one of several key influencers on gamers in the NFT market.

Asian investors, who have become the largest backers of NFT art, are another. Singapore-based investor Vignesh Sundaresan, known as Metakovan, recently paid $69.3 million for the first crypto art auctioned at Christie’s, Beeple’s ‘EVERYDAYS: THE FIRST 5000 DAYS.’ The runner-up was China’s Justin Sun of Tron and Rainberry (formerly BitTorrent).

This year, crypto art will become fully immersed in Asian culture, as crypto art exhibits open and Manga-inspired crypto comic books launch. The comics are being directed by none other than the creative director of Animoca Brands, the parent of The Sandbox, Kevin Abosch. Kevin, whose crypto art has sold for $1 million, is behind blockchain game F1 Delta Time, where tokenized Pirelli tires and engine blocks sell alongside $75k digital racing car collectibles as top-selling gaming NFTs.

Perhaps the ultimate status sign that NFTs have arrived in Asia is their presence in the Chinese luxury goods market. A pair of luxury sneakers is becoming a must-have item among some gamers. New Chinese digital brand RTFKT is selling NFT-tokenized sneakers ranging in price from $1,500–$10,000, with one FEWO shoe by FEWOCIOUS recently fetching $28,000. Atari sneakers with a holographic theme are currently best-selling NFTs.

Asia artists, like their counterparts elsewhere, see the opportunity to sell art and find jobs in the crypto economy. Over 10,000 tokenized artworks are listed on China’s BCAEX digital art gallery on the blockchain, which has sold close to half a million dollars in the crypto-collectibles. Meanwhile, Asian voxel artists are quickly making a name for themselves in NFT game art. Two of the three winners of The Sandbox's most recent VoxEdit Celebrity Contest were from Japan. Many of them will find jobs creating digital assets for blockchain games. 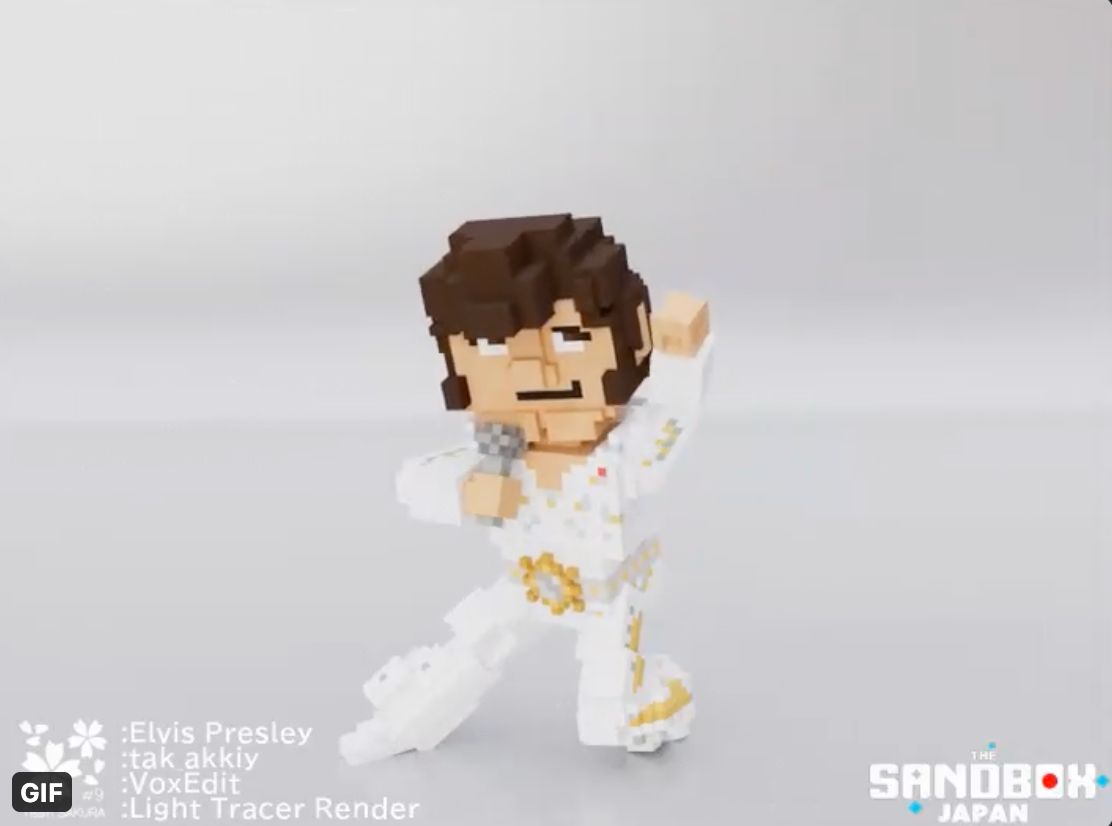 Some of these gaming NFTs already have market value before the game releases, such as the charming avatars and fantastical creatures they fight in the ‘Hack the Tao’ game created by Italian artists Sergio Scalet and Nadia Squarci — a project incubated by The Sandbox's Game Makers Fund. The award-winning ‘Hack the Tao’ crypto art has been exhibited globally.

Celebrity-backed brands are valued the highest. Digital game collectibles based on some of the more than 60 major IP brands including those of the Smurfs and Care Bears in The Sandbox already sell at a premium. Sandbox theme park owner Atari has partnered with Bondly to bring NFTs for gaming, music, and more to the Atari Metaverse. Rappers Ja Rule and Soulja, football great Rob Gronkowski, and techno-pop artist Grimes are some of the celebrities issuing NFTs, which could end up in games.

With digital wallets stashed full of NFTs, gamers can leave closed gaming worlds and participate in the global economy. Blockchain gaming shifts economic power from gaming owners to the players. The value of NFTs became material for many unemployed workers in developing countries during the COVID pandemic.

In The Philippines, an ‘Axie Infinity’ craze took hold as word spread that players were supplementing and even replacing their salary playing blockchain games. ‘Axi Infinity’ is the number one blockchain game on Ethereum, with close to 24,000 players.

Yield Guild Games, a community of blockchain gamers from The Philippines emerged to invest in NFT businesses and assets. The guild has set up its headquarters at its Sandbox estate, a recently acquired 144-plot estate, which is in addition to a 6x6 Sandbox estate and 88-plot Savanna estate in ‘Axie Infinity’. In addition to play2earn earnings potential, the guild expects members to benefit from job creation for guild members in open gaming economies.

Because NFTs can be used across games on interoperable blockchains, the Chinese virtual farmers and Filipino Axie collectors could trade their digital items on other gaming platforms anywhere in the world. The NFT gaming world is rapidly expanding.

Playtoearn lists 219 blockchain games with close to 10,000 NFTs already listed — a drop in the NFT bucket. The Sandbox has more than two dozen new games ready to launch in its metaverse. Each digital asset in a game — from a castle or dragon to a mushroom — can be turned into an NFT with the VoxEdit digital asset and NFT maker.

Related Stories
Subject Matter
Join Free TON Community and Participate Contests! by @Free TON
#promoted
Will Crypto Market Survive the COVID-19 Outbreak? by @heygeorge
#companies-respond-to-covid-19
How DEXs Fuel the Development of the Decentralized Internet by @anton-dzyatkovskii
#decentralization
Dogecoin: Everything You Wanted To Know About This Memecoin Making A Mockery of 'Serious' Crypto by @@nawazmohammed
#cryptocurrency
How to Create Rock Paper Scissors Spock Lizard in JavaScript by @matviihodovaniuk
#javascript-tutorial
Introducing Total Relighting by Google by @whatsai
#artificial-intelligence
How NFTs Work And Why They Are A Bridge Between Digital World And Real Life by @alfredodecandia
#nft