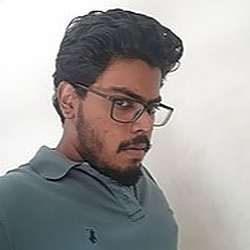 Artificial Intelligence (AI) is a fascinating invention of mankind. Fusing the computational power of a machine with the intellect of a human undoubtedly creates new possibilities of innovation and tremendously increases the likelihood of realizing those which were already conjectured.
The power of AI in both improving and manipulating human life is a widely depicted phenomenon in the sci-fi entertainment genre, particularly those which are set in the dystopian future. Stories of sentient machines plotting to conquer and replace humans as the master race of the planet are becoming the staple narrative of futuristic, dystopian sci-fi movies.

However, I am not discussing about that kind of a scenario in this article. This article was written to discuss something else; something about AI which is more relevant to modern times.

Artificial Intelligence has reached a point where people have various applications and platforms suggesting them content that they like based on their history of activity in those applications and platforms. Systems which make this possible are known as recommendation systems. These systems make extensive use of proven, effective algorithms of Machine Learning: a major sub-field of Artificial Intelligence.

This is a great feature that has been for a long time.

Social Media platforms are very powerful tools of communication. They’ve already cemented their place in history as essential cyber tools for socialization. This was the goal of creating them, and now, they have reached it.
Nowadays, Social media platforms are becoming incredibly useful for activities such as marketing, activism, sales etc. Social Media platforms have also started utilizing certain varieties of recommendation systems. These systems, however, are more complex and use a wide variety of data pertaining to personal information and activity on social media.

They recommend or generate a variety of content based on the activity or preferences outlined by a particular user profile.

Social Media platforms and e-commerce platforms can be regarded as prime examples of the effectiveness of recommendation systems. Recommendation and suggestion algorithms are now being adopted in several other facets of the internet.
Technological caveats of these systems are perhaps widely discussed, but that is clearly not the subject of this article. The subject that is discussed here is a more of a timeless character (or flaw) of the human condition, and how it is amplified by a cutting-edge AI technology.

What is cognitive bias?

Cognitive bias is a broadly discussed subject in psychology. In fact, it is a broad spectrum of various kinds of biases individuals can have. Cognitive bias is simply deviating from rational and/or logical thought when making a certain judgement or an assertion about something.

It is simply clouding your judgement with certain beliefs, emotions and convictions that may distort rational thinking.

Cognitive bias is present in an individual due to the influence of many factors. Several kinds of cognitive biases are rooted to an individual’s tendency to justify his beliefs through selective analysis of facts or incidents. Confirmation bias is a popular example of this.
People tend to search for information that confirms their prior beliefs or hypotheses. This is a sort of wishful thinking with evidence. Of course, there are certain cognitive biases which are not caused by an individuals motivation, but rather caused by misrepresented or missing information.

Content recommendation systems are great tools for tailoring information to suit the preferences of the people who interact with them. In social media platforms, if your activity shows a pattern about your interest about a certain subject, the recommendation systems would generate and suggest content for you to watch.

Of course, one could always choose who and what to follow in Social media as purely a matter of individual choice.

There’s a saying that in this information age, ignorance is a choice. Given the advancements in technology, there’s both truth and untruth in it. The truth is that you have swift and easy access to information and knowledge in the present. You can delve more into information in order to refine your opinions, should you wish to do so. The untruth is that there are ways which could reinforce your ignorance.

With the advent of content recommendation systems, you can get information automatically tailored to your leanings. This enforces cognitive biases such as confirmation bias. The more content that you receive in relation to a viewpoint in your profile that is detected by machine learning algorithms, the more you make projections that this particular viewpoint is shared among others in general.
Social Media platforms such as Facebook, Google and Yahoo employ a concept called “filter bubble” to tailor various content according to the preferences of their users. Facebook has its own tools to filter the information you want to see, to decide whose content you should read and, of course, automatically generate content.

Search engines such as Google and Yahoo are said to use the filter bubble concept to tailor search queries according to the preferences of a profile.

The Machine knows no Bias

It’s rather clear that content recommendation can potentially enforce certain cognitive biases among unsuspecting users. So Is there a solution to this? In the current context, a coherent solution to this is rather distant. Machine Learning is unbiased.
It learns to act on data which is provided to it. Content recommendation systems operate on this principle. There’s nothing inherently biased in these systems.
Maybe, at some point in the distant future, there will be efficient AI systems, devoid of human vices and imperfections, which will process and store information that can be referred by humans.

The caveat of this is that machines will have a profound influence on human perception.

Currently, this isn’t a very big downside of the use of social media platforms. One can still choose to resist cognitive biases by simply perusing different sorts of information from different parties on social media.
It’s of best interest to users to be aware of the nature of content recommendation in social media. In the end, it’s only us who hold the ability to mitigate our own biases.