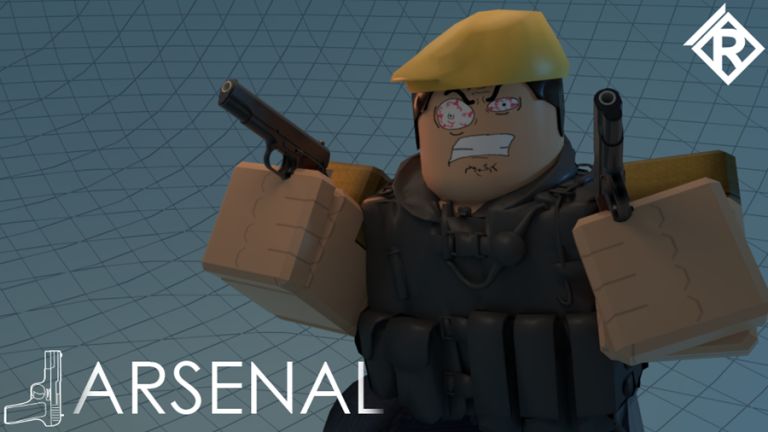 Out of all the things people have made on Roblox, the FPS games are some of the most impressive. A good first-person shooter needs precise controls, good maps, and better guns. Somehow, the talented game designers on Roblox have achieved all of those and more. Shooters emulating everything from Call of Duty’s more popular game modes, Battlefield’s scale, and even a near-perfect recreation of Counter-Strike exist in Roblox and they're amazing.

As always, we’ve got the 5 best FPS games on Roblox here on this list for you to check out.

Gun Game might not be as famous a mode as Team Deathmatch or Free-For-All but it’s been around for at least as long as Counter Strike 1.6 and has been included in some of the more recent Call of Duty titles. The mode is basically climbing up a weapon tech tree by killing enemies. Each kill rewards you with a newer, and often better, weapon and would bring you closer to reaching a certain number of kills and winning the match.

Arsenal is based almost entirely on this mode and takes it to its logical extreme. Most games treat Gun Game as a diversion from their core experiences and limit the weapons to fairly grounded options. Arsenal has you going from the classic American BAR to the MG42 before going up to Railguns, Mario’s fire flower and Barrett 50. Sniper rifles. The first time was a confusing rush of trying to get the weird weapons I got to work for me.

Overall, Arsenal plays to its strengths and will give you one of the best Gun Game experiences in gaming, let alone of the best Roblox FPS games on the market. 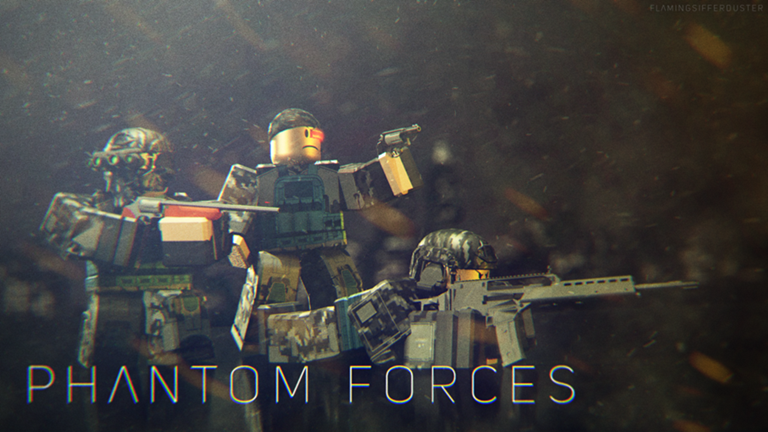 Phantom Forces’ gameplay is more grounded than most of the other games on this list. While there is a Battlefield-esque squad deployment system, it can take a while to get back into the fight and time-to-kill is short, encouraging a slower style of play. The prevalence of snipers incentivises distance-challenged players to find cover in buildings, where much of the combat takes place.

Special mention needs to be given to this game’s bullet penetration system. Seeing bullets punch through walls creates an intense atmosphere even in buildings because it’s impossible to really be safe. Getting wallbanged is surprisingly easy and encourages you to never stay still and to take advantage of the crouch and prone positions.

There’s an impressive variety of weapons and skins to get, though they’ll need to be unlocked by spending currency earned by playing and from a Counter Strike style key and box system. It’s a shame but may not be too much of a problem if you plan on sticking around. 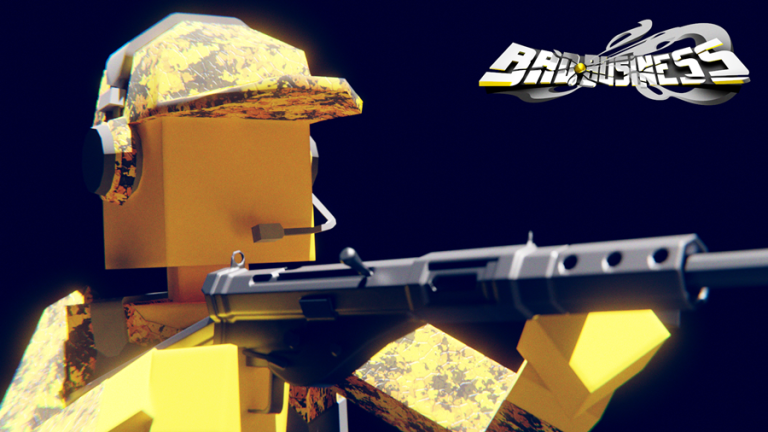 Where Phantom Forces kept things grounded, Bad Business went wild. This Roblox FPS game is all about speed and aggression, something supported by its insane movement system. It seems to call on mid-2010s movement shooter mechanics with fast vaulting, faster sprinting and a slide to look slick. The only thing it doesn’t have is a wallrun.

The guns are satisfying to use with great sound design and really good reload animations. They have decent kick which makes earning kills a little harder considering Bad Business’  higher time-to-kill than most games.

When it comes together, you might find yourself sprinting as fast as Usain Bolt, vaulting over cars and leaping into windows to slide down a hallway, killing one guy and getting gunned down by Zero Two armed with a Trans flag P90.

Which is probably a good time to discuss the character design and weapon customisation. Bad Business has its own character models unique from Roblox’s. It lets characters have better looking animations when doing the things that make it so much fun. 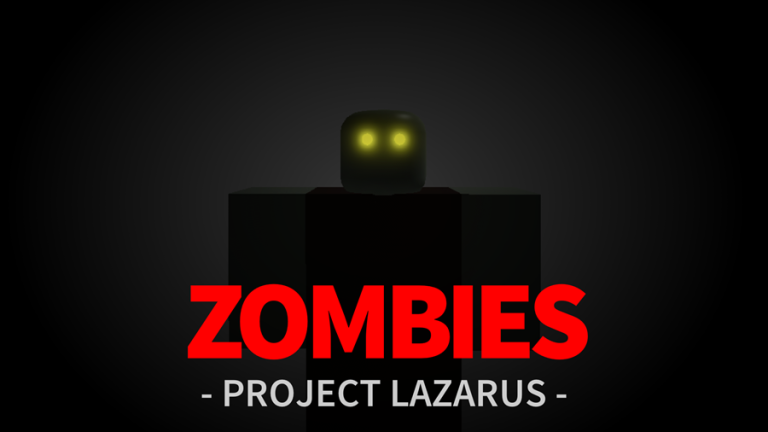 As the name implies, this Roblox FPS game is all about zombie survival. In this case, Call of Duty style Zombie survival. It has everything you would expect from that game mode: repairable barriers, perk drinks, purchasable weapons, and more. The gunplay is, like the other games on this list, solid.

The sounds are similar enough to immerse you in the experience, though the graphics are poor, even considering that it’s a roblox game. It also lacks the hints of story that made the original zombie mode more compelling. John F Kennedy and Fidel Castro won’t be fighting zombies together in here.

The game’s difficulty scales appropriately to the level and will become progressively more difficult, perhaps being the most challenging out of the games on this list. 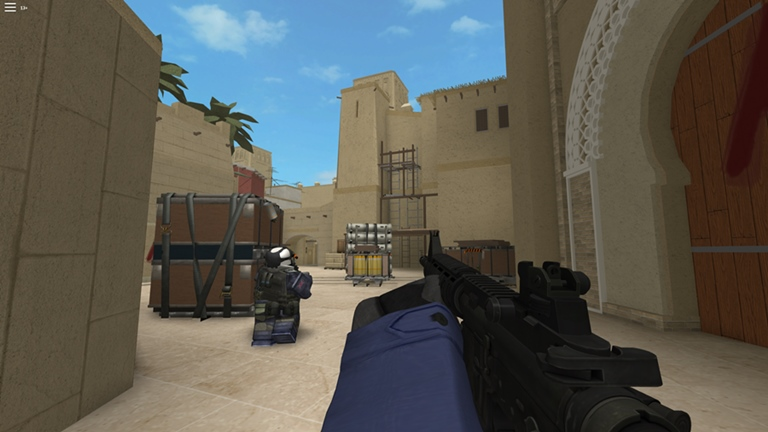 Counter Blox appears to have just one aim: to recreate Counter Strike, and it does it incredibly well. Maps appear to be faithful recreations of classics like de_dust2. Weapons appear to have the same handling characteristics that you would expect from their original counterparts.

If you’ve played CS:GO, there’s nothing I really need to add to this Roblox FPS game. It just does what it needs to do perfectly. If you’d like to have a taste of this game, just give it a try.

To stay up to date with all fighting game news and content, make sure to subscribe to our newsletter down below!

Related Stories
Subject Matter
How to Show FPS in Apex Legends on PC by @nicolasng
#pc-gaming
The Legend of Zelda: Breath of the Wild Sequel Set for 2022 Launch by @wheeljack84
#nintendo-switch
How Health Tech is Shaping the Future of Healthcare by @khunshan
#health-tech
An Introduction to Pain Management: How To Deal With Pain by @juxtathinka
#pain
How to Hack Roblox and Should You Do it? by @nicolasng
#roblox
How To Build and Deploy an NLP Model with FastAPI: Part 2 by @davisdavid
#natural-language-processing