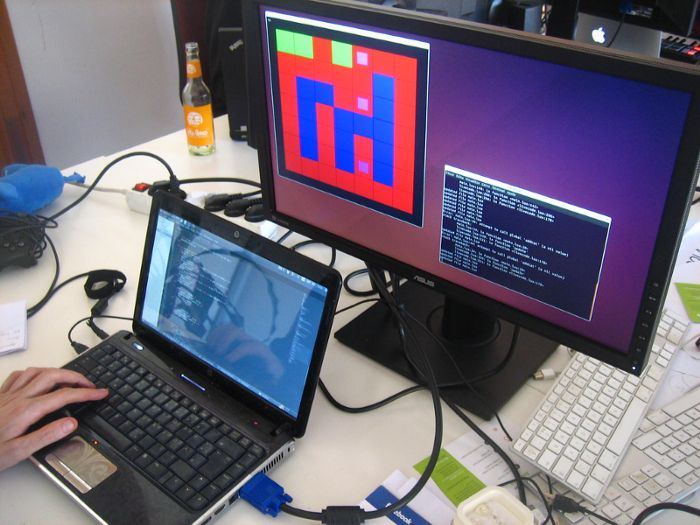 With so many game engines to choose from it can be difficult to focus on only one. Especially without any experience in the world of game development. That is why I made this list of game engines each with a summary of why it is a great option for beginners.

The Unity game engine is seen as the top rival of the Unreal Engine because there is always a hot debate among fans which is the best of the two.

Unreal is considered to be more solid for 3D games and better in the graphics department than Unity which happens to be more versatile, great for mobile app development, and 2D games. Popular games made in Unity are Hearthstone, Pokemon Go, and Ori and the Blind Forest.

With Unity, you will be using the C# programming language and that one is much easier to pick up than let’s say c++, the language of Unreal. If you already have experience with Java than you will have an easy time picking up C# because C# is Microsoft’s version of Java. If you don’t want to do any coding Unity has a couple of visual scripting options like Bolt, Playmaker, and Adventure Creator. With the new Unity 2020 update, Bolt is now included for free with every plan.

Another pro of using Unity is its big community. On Udemy and YouTube, there are many free tutorials available. Even on their website, they have a learning section where a lot of the content is free. The one thing Unity is most famous for is the number of platforms it exports to with relative ease. PC, Mac, mobile, and all the major consoles from PlayStation to the Nintendo Switch. This is why Unity is one of the best options for aspiring independent game developers. 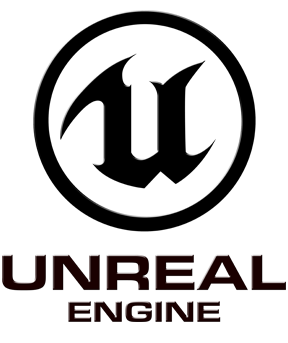 Unreal is the game engine probably every gamer has heard about because it’s used by a lot of triple A game development studios. Notable games are Gears of War, Fortnite, Rocket League, PUBG, and Borderlands.

It is one of the best game engines because of its graphical capabilities. Like unity, it can be used to build a game for almost every platform out there. The pros of using this engine are that you don’t need to know how to program. The editor has a built-in tool called blueprints that instead of making you code, uses a visual system of nodes that you can drag around. The different nodes contain the logic for what happens in the game like the movement of the player.

With the blueprints, you can create any game you want but if you want specific functionality that is not possible in a node then you need to learn c++. C++ is a great language but compared to Python it can be a hard language to start with, so it may be advisable to first learn something like C# or Java. If you first learn the basics of another programming language then it’s easier to get a full grasp on c++. Unreal is great if you want to focus on 3D games and not 2D.

Godot is an open-source game engine that is great for creating 2D games but it can also make 3D games to a lesser extent. It is relatively new compared to the other engines mentioned in this article and there are no examples of games that are big commercial successes.

But that doesn’t mean this engine is not highly capable of making great games. On the engine’s website, you can find a couple of examples of what is possible with the engine. The main programming language Godot uses is GDscript, which is a Python-like language. It also has support for c# and other languages.

It even has a visual system like Unreal's blueprints for beginners or people who just don’t want to code. Unlike the other engines, Godot is completely free, whereas with the other engines you may need to pay royalties if you or your company makes a certain amount of money with a game. All in all, this engine is great for people just starting in the world of game development.

This engine has been around for a while now. First released in 1999, it has produced a lot of successful indie games like Nuclear Throne, Hyper Light Drifter, CrashLands, and Hotline Miami.

The engine is in my opinion the easiest to use out of all engines in this list. It has some 3D capabilities but it doesn’t come near to what the other engines have to offer. So if you want to do mainly 3D games you have to look somewhere else.

Game Maker has its own Python-like scripting language and a built-in visual drag and drop environment that is very straightforward to use. You can mix dragged blocks and your scripts together to control your game.

The pixel editor that is included in the Game Makers development environment is feature-rich and has support for layering and frame-by-frame animation. You can create art in the game maker itself instead of going to another app like Photoshop or Aseprite.

Although this game is very well suited for aspiring indie devs who want an easy time creating their game you do need a big wallet because for every platform you want to publish to you need to buy a separate license. So I recommend this engine to people who want to make 2D games and are able to spend some money.

This game engine is also very easy to use. I used Construct 2 for a while before moving on to Game Maker and Unity. 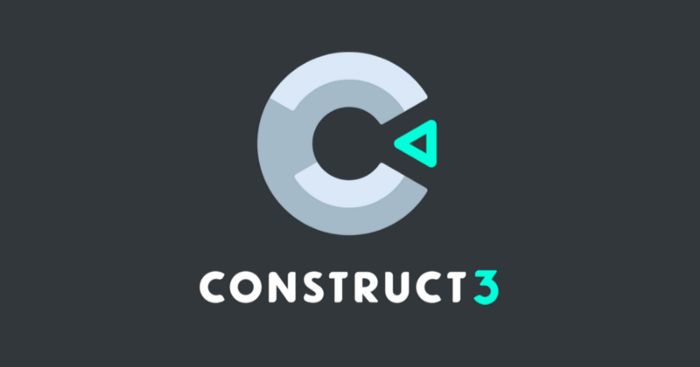 Now with the third major release of Construct, the user interface runs completely in the browser. So you can potentially work on your games wherever you want, on your smartphone or pc, every device that has a browser. Like Game Maker the engine is best suited for 2D games and is great for games that will end up running in the browser.

There are a couple of great examples that are made with this engine but none are big names. The one I like best is The Next Penelope. You don’t need to code because the game has a drag and drop event system that looks like a spreadsheet.

For people making their first game, it comes with a lot of free templates to get started with. However, the engine is not free and you will need a subscription to unlock Construct's full potential. The free trial does let you export your game but has a limit on the events you can add to your project, so you will eventually need to upgrade as your project is going to become bigger. This engine is great for people who don’t want to code now or in the future and only want to focus on art and or game mechanics.

Hopefully, with this information you can make a better-informed decision on which game engine to get started with.

Oh You're Going to Your First Game Jam? Read Me First 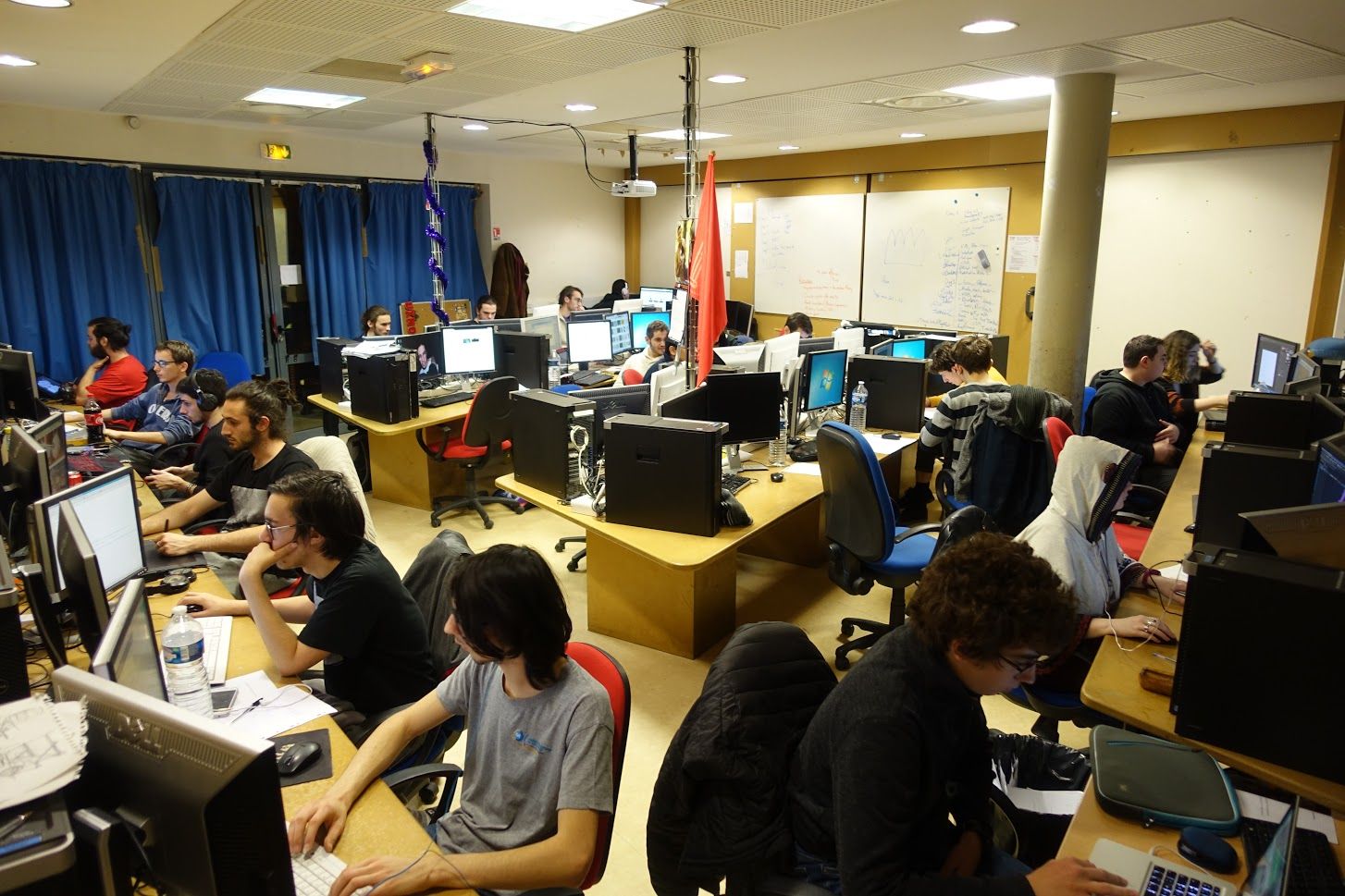 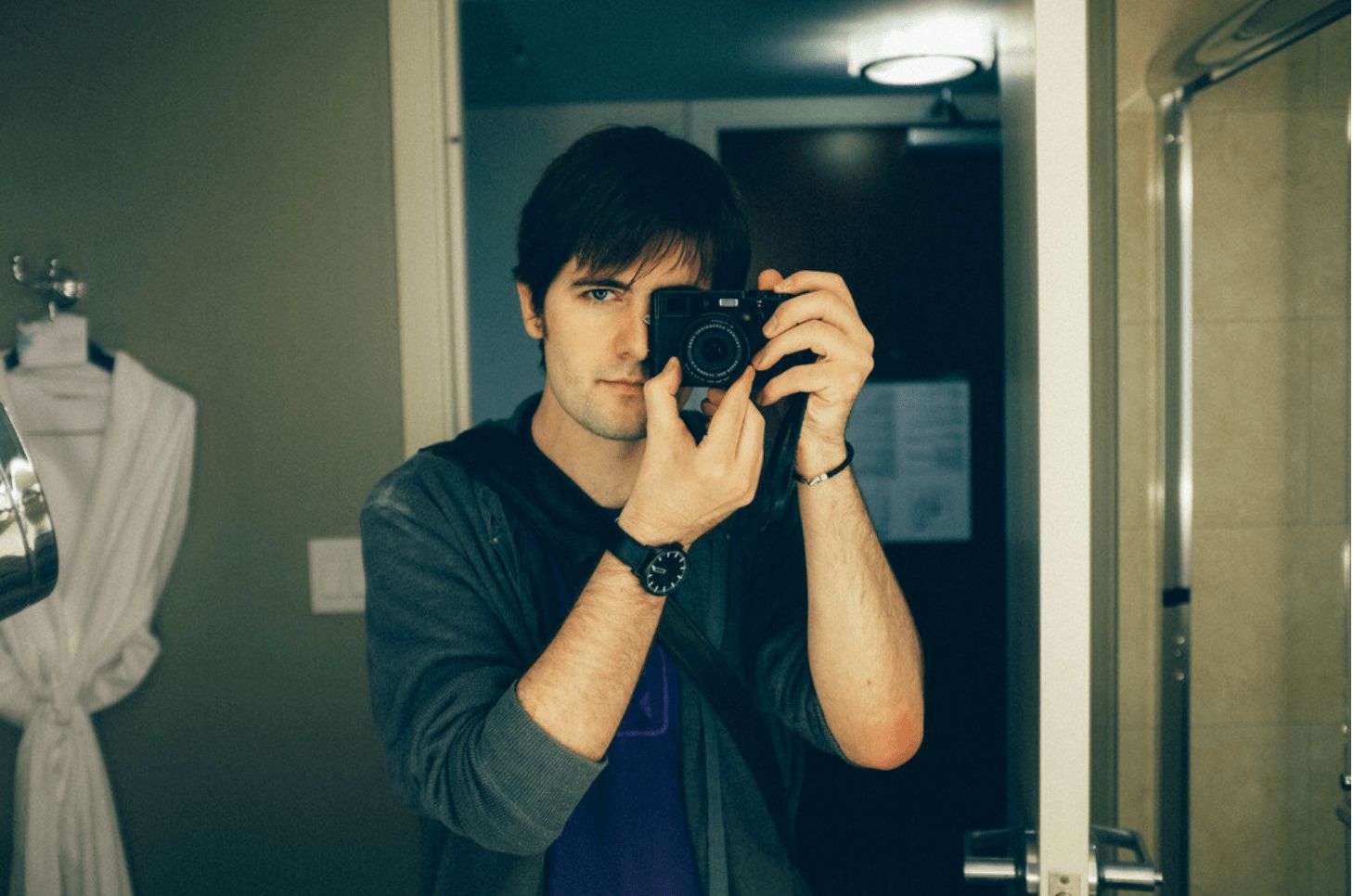