Why Should You Go With GoLang [Newbie's Guide] 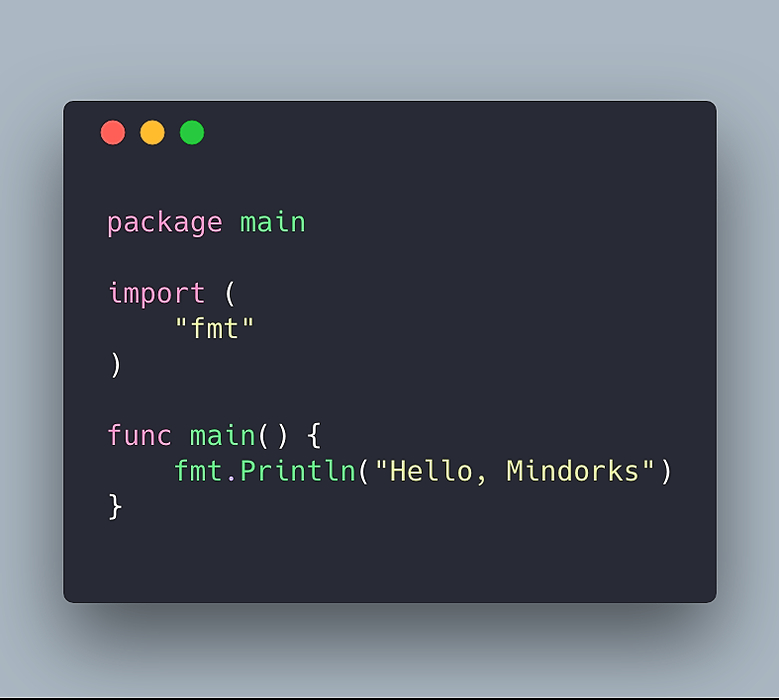 Go is a programming language that was designed in 2007, and this fact directly puts it into the young budding category. Even it is fairly young, as compared to others, it has a lot to offer. No, don't get confused with its adorable and goofy Gopher mascot. This language is more like a dominant alien trying to rule the universe of development!

So if something would eventually be ruling the entire universe, shouldn't we know about it in detail? It is better to use it like armor, rather than taking a hit. Wonder, if this is the reason why web app development companies are using Go as a core language for creation?

On that note, let us get to know the Gopher a little better to choose the best for ourselves.

What Is Go Language?

Go was publically announced in 2009 by its creator Google. It is an open-source programming language, statically typed, and produces compiled machine code binaries. This language includes build-in types like arrays of varying lengths, key-value map and it also supports the standard library.

According to some developers this Google language is just like C for the 21st century with syntax. Because just like C it has an easy-to-learn and simple syntax. It allows the users to manage objects, safely use memory, deliver static/ strict typing with concurrency, and collect garbage.

It is hands down, one of the fastest-growing programming languages. As per Rob Pike, Robert Griesemer, and Ken Thompson the aim to develop Go was to combine the immaculate features of the rest of the languages. Therefore, they were able to create GoLang with following properties:

It has successfully replaced the traditional features of class inheritance with interfaces and type embedding. With Go compiler and a Text editor, one can easily set up an environment to implement the language.

Why Was It Launched?

At this point you might be wondering, why Google specialists even thought about launching the personal programming-language? If yes, then take a look at a couple of reasons:

As the development was going on, there were only two things on their mind:

Hence, the development took place with a motive to eradicate all the drawbacks present in C/C++. At the same time, they also focused on integrating advantages from all the other languages.

According to its founder the following line explains its complete philosophy- “One problem should have one solution”. And because of this it is a comprehensive and intuitive language, displaying high performance while data processing.

How To Implement This Programming Language?

Since it is an open-source language, anyone can use it for specific needs. It is easy to contribute to it and tune Go to work as per one's requirement. But the list of its natural habitat for creation of the distributed web application includes:

With its leading feature like concurrency, taking care of several requests and interaction with users is executed much faster with minimal CPU overhead. Top six areas in which Go is used include:

Why You Should Use GoLang?

It is easy for GoLang users to accomplish a lot without learning or importing complicated secondaries libraries. Its own standard library is sophisticated and does not overwhelm the user. Reducing the risk of errors from conflicting functions names is easy.

Slice is one of the Go's smallest additions that provides a simpler way to incorporate data structures into code blocks. Hence, a single line of code is enough for multiple tasks with complicated workarounds.

2. Very simple to use

Being a budding programming language, it is not as popular as Python, JavaScript, or any other languages. But it is very easy to understand. With clean syntax and lesser complicated functions, newcomers can easily understand it. The slick syntax makes it easy to read, making it an ideal choice for a complicated development.

Even tough GoLang is simple to read and write, it does require to document programs. Hence, there is smart documentation with standard policies in place including libraries and functions. In case one forgets to put the document in place, Google sends out an alert.

The simpler code of Go allows it to be a lot safer. It is easy to find errors, and with garbage collector it is easy to prevent memory from bleeding off in the code. The increase in simplicity boosts security.

With GoLang one can use all features, capabilities that cloud services providers deliver. For example, EC2, AWS S3, SQS, DynamoDB, SNS, etc. One can connect the GoLang SDK to take it from the official source of the service provider.

GoLang has achieved high compiling speed by converting the code directly to machine level commands. With a different operational system, the compiler can run programs on machines with simple commands.

What Is Its Perfect Fit?

Well, with all its advantages listed, it is important to know about the places where it can be used. So take a look:

Does Anyone Actually Use Go?

It might be a new language, but it is gaining momentum as businesses are picking up their interests in this language. Despite varying opinions about Go's feasibility and characteristics, this adorable Gopher has already been turning a lot of heads in the market. Some of the world-known enterprises that use GoLang are:

These are just a few, there are a lot more present in different industries from education to finance, who think using GoLang is beneficial for their business.

Interesting Stuff About Go That You Must Know!

But now you must be having a precise idea about GoLang. So what do you think, will it work for you or will you give it a pass? Whatever the choice is, this language has a lot in store for your growth. So don't let it GO, as it is one of the most in-demand programming languages.

Until the next update, stay tuned.

Related Stories
Subject Matter
How To Build and Deploy an NLP Model with FastAPI: Part 2 by @davisdavid
#natural-language-processing
Jupyter Notebook Tutorial Using the Modzy Python SDK by @modzy
#modzy
Creating a Forum CMS with React.js and Ruby on Rails by @Aaron Rory
#programming
How to Find The Stinky Parts of Your Code [Part XI] by @mcsee
#refactoring
React Internals: Basic Concepts and Notes by @thecuriouscoder
#javascript