Why a Majority of Startups Prefer ReactJS 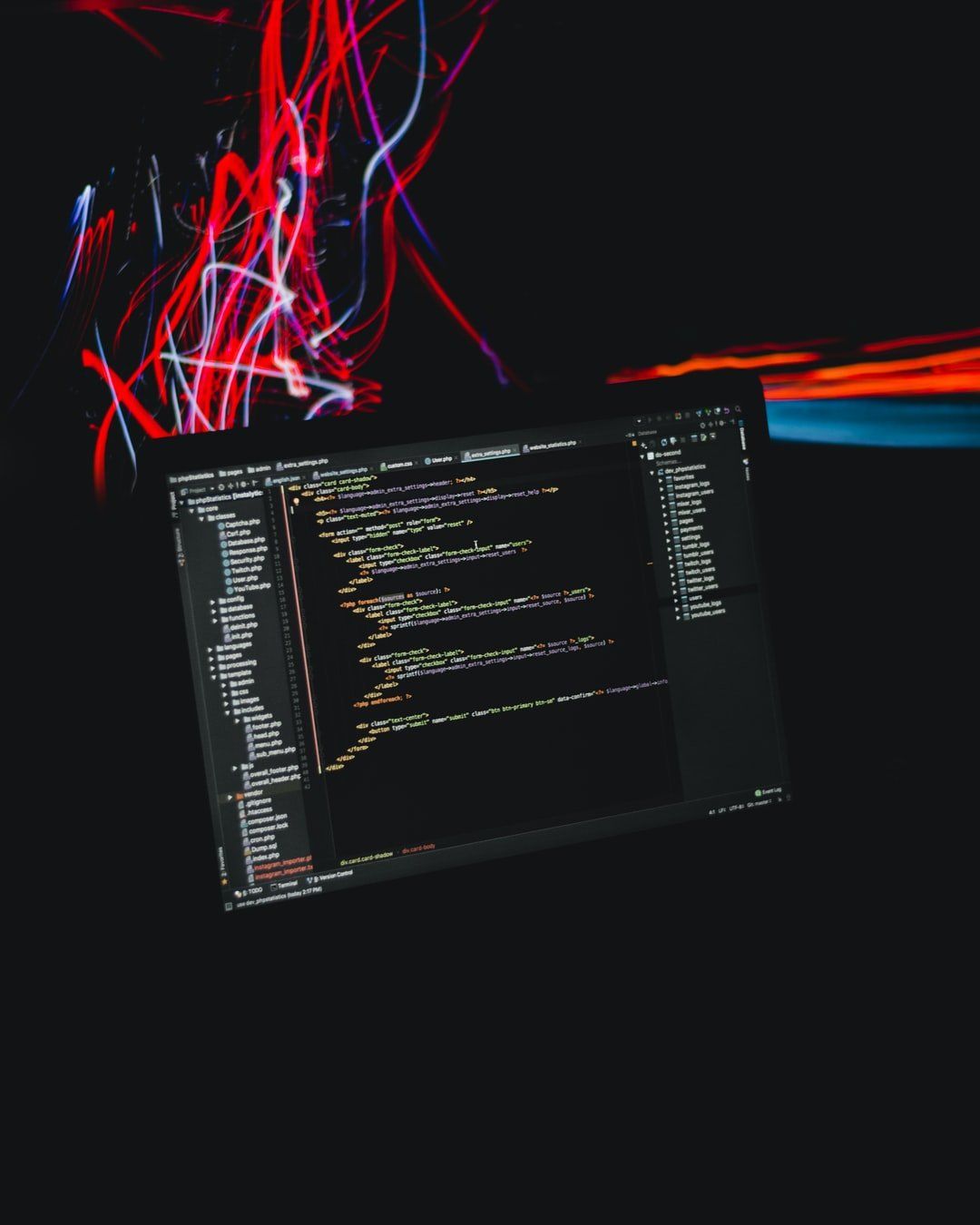 Research Analyst with a thirst for Technology.

Like the rapid advances in other arms of technology, programming languages are constantly evolving. Amid this rapid progression, competition is getting fierce and startups have to adjust to the changing trends to sustain growth. ReactJS development is experiencing growth in the tech world too and new & established businesses are capitalizing on its huge potential.

According to ThinSlices, each week there are close to 8 million ReactJS downloads and this front-end development language is among the top 3 in its genre.

Despite the constant JavaScript updates and alterations, React has been stable enough to offer a safe place for developers. To aid businesses in choosing the right framework for their projects, today, we will try and learn how ReactJS popularity is stacking up against Angular and Vue.

What’s new about ReactJS Development in 2021?

At the beginning of 2019, React developed Hooks API. This useful feature was a life-saver for ReactJS developers and it completely revolutionized how React components were built. Conventionally, web and app developers can either go for class-based or function-based components or use tools such as Redux to create components.

With the introduction of Hooks API into ReactJS development, developers can now sort it all as a function and do it without rearchitecting the entire code block. The React 2019 update also allows developers to reuse the logic throughout the app. These features combine to enhance process rendering, make the job simple, and make the application dynamic & responsive.

Is ReactJS better than Angular and Vue?

The increasing ReactJS popularity has given rise to debates on React vs Angular vs Vue in the web and app developers community. So let’s become a part of this discussion and understand if one language is superior to the other, based on the following aspects.

According to a study, when companies were looking to hire developers online, ReactJS job postings saw 28% more coverage across some of the most well-known job platforms. Moreover, a Stack Overflow survey found that React.js is the second most loved framework at the moment, on the list of “most loved, dreaded, & wanted frameworks”. 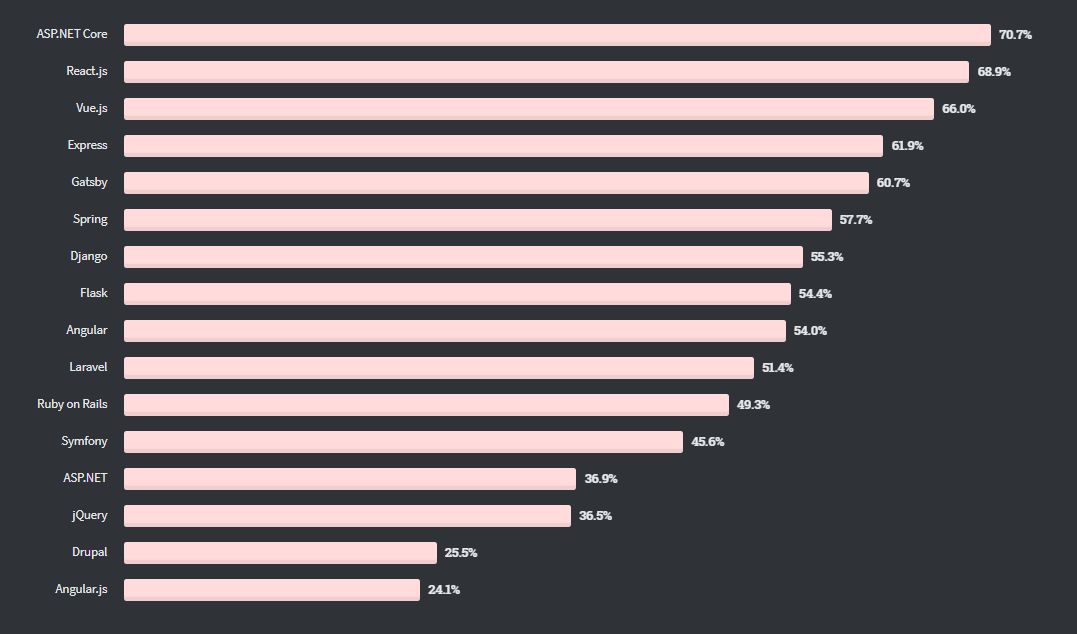 When it comes to React vs Angular & Vue in the library and support group size department, React.js leads the way. Compared to VueJS, both React and Angular have larger community support. One major reason behind this is the backing of big tech players Google and Facebook.

The support of these two companies alone makes AngularJS and ReactJS development a favorite among startups and even accomplished businesses.

When a sample of developers was asked if they would opt for ReactJS development, over 64% nodded with a positive response and said they would choose it again. On the other hand, VueJs and Angular stood at 23% and 28% respectively. 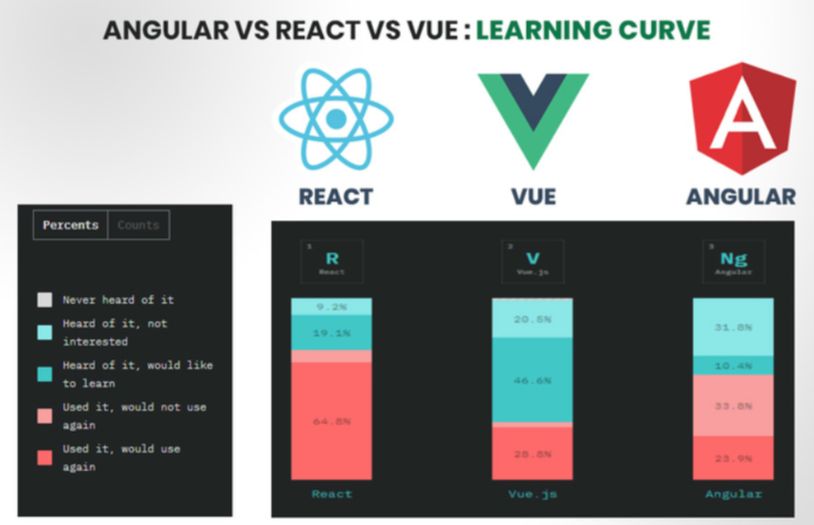 The ease of learning is another major reason why startups prefer outsourcing ReactJS web and app development companies.

One of the biggest benefits of React development, however, is its high performance and the integration of Virtual DOM (Document Object Model). This allows the servers to perform constant checks and updates to ensure app stability, without influencing all the other components.

ReactJS is, no doubt, one of the best frameworks to incorporate into your web and app development initiatives. It is reliable, time-efficient, and budget-friendly, which makes it the go-to choice for startups and established businesses as well.