Understanding the Impact of Artificial Intelligence on Agriculture

According to recent projections by the UN:

The world’s population will reach the 9.1 billion people mark by the year 2050. In contrast, only an additional 4% of the Earth’s surface will become available for cultivation.

The UN estimates that food production needs to increase by approximately 70% while also accounting for food security and managing environmental impact. 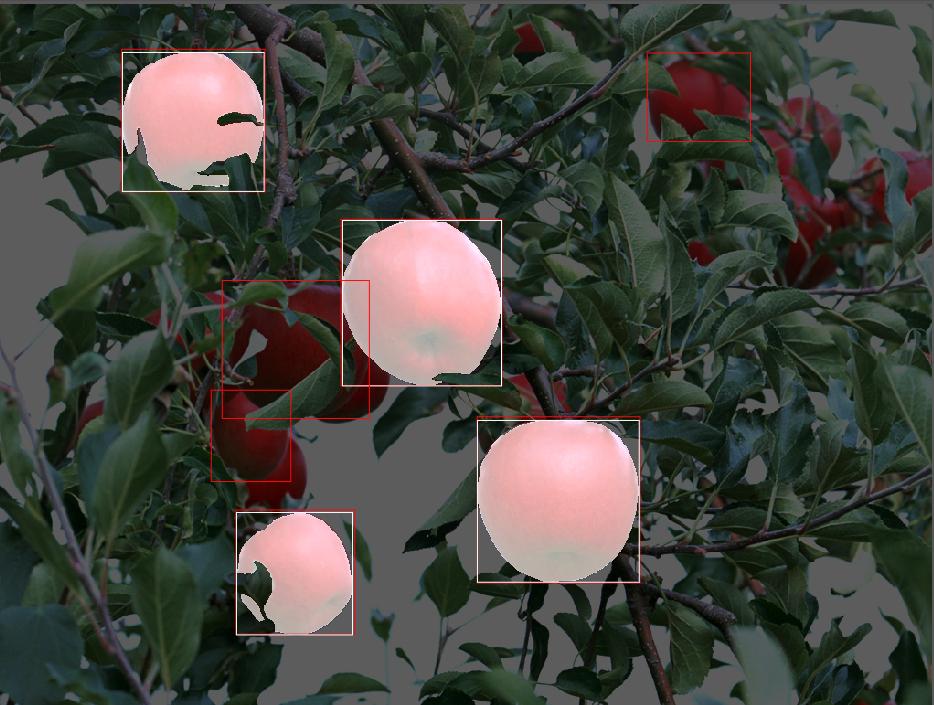 Many AI applications are powered by computer vision algorithms, which rely on annotated images from agricultural operations.

The major applications of artificial intelligence in agriculture often fall within one of the following three categories:

Let's take a closer look at each in turn.

In particular, weed control robots are growing in popularity as farmers look for more efficient alternatives to mass spraying of herbicide. Herbicide resistance in weeds is a developing problem, with an estimated 250 different weed species already showing some form of resistance to current herbicides. The spreading of weeds is estimated to cause a loss of approximately $43 billion dollars worth of crops a year. For these reasons, farmers are looking for effective ways to combat weeds.

Robots employing computer vision algorithms can target weeds and spray herbicides with high precision, thus reducing the development of herbicide resistance in weeds. Precision spraying done by robots can substantially reduce the amount of herbicide that is sprayed on crops.

Advances in autonomous driving allowed for the development of self-driving tractors. Driverless tractors can optimize operations on the farm and can speed up the rate at which fields are tilled, while enabling workers to take on other tasks. The speed of the tractors, obstacle detection and avoidance, and the definition of preset routes is handled by an AI system that is part of the tractor. A supervisor can monitor all operations from a central control room and can take remote control if necessary.

In terms of crop harvesting, automated harvesting can compensate for labor shortages. Current estimates forecast a potential 6% decline in the agricultural labor force available between the years 2014 and 2024. Automation can help in maintaining crop production rates even during a shortage of labor.

The Harvest CROO Robotics Strawberry robot is just one example of such an automated harvesting system. This robot is designed to pick and package strawberries. 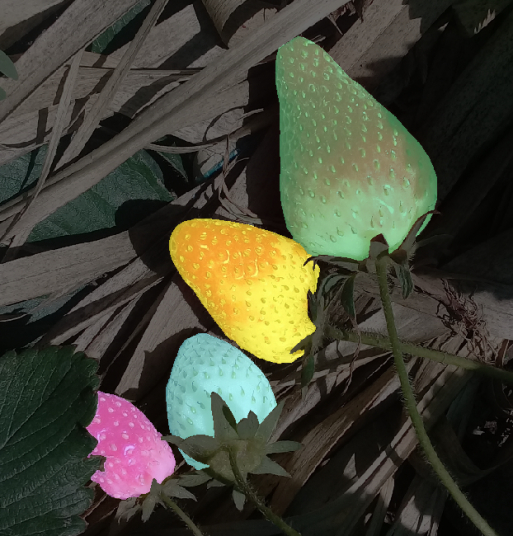 Its manufacturer claims that around 8 acres can be harvested within a single day. In comparison, to complete this task in one day you would need to employ 30 workers. It's estimated that around 40% of a farm’s annual costs are spent on labor expenses, wages, and salaries. Vegetables and fruits are particularly time-intensive regarding the harvesting process. Robotic crop pickers could significantly reduce production costs for these crops.

Other agricultural robots include the Energid Citrus Picking System, which harvests citrus fruit, and the Vision Robotics which can carry out a wide variety of tasks like pruning vineyard and thinning plants with its robotic arms.

In addition to data collected on the ground, aerial data collected by planes, drones, and satellites proves useful in analyzing agricultural conditions. Aerial images of fields combined with computer vision algorithms and image annotation allow farmers to analyze their fields for potential problems and needed improvements. Drones, planes, and satellites can be used to collect data much faster than humans on foot or in ground vehicles can, enabling even large areas to be analyzed rather quickly.

Images collected by planes and satellites can give access to valuable information regarding the condition of crop fields.The main advantage of taking images with planes and satellites instead of drones is that the images are taken on a larger scale. Drones are more useful for taking images close up, while airplanes can capture images of fields that are kilometers across. Aircraft see more use on a day-to-day basis than drones do, taking more images than drones. However, usage of drones is growing at a rapid rate and if they could reach parity with planes if this growth rate continues.

One of the drawbacks to using planes is that they can be expensive compared to drones, as it often costs thousands of dollars to get a set of images taken by plane. Because of the cost involved in taking images by plane, an agricultural operation may only get images by plane a handful of times over a year. In contrast, drones are substantially cheaper and useful in getting images that can potentially identify differences over the course of a growing season. 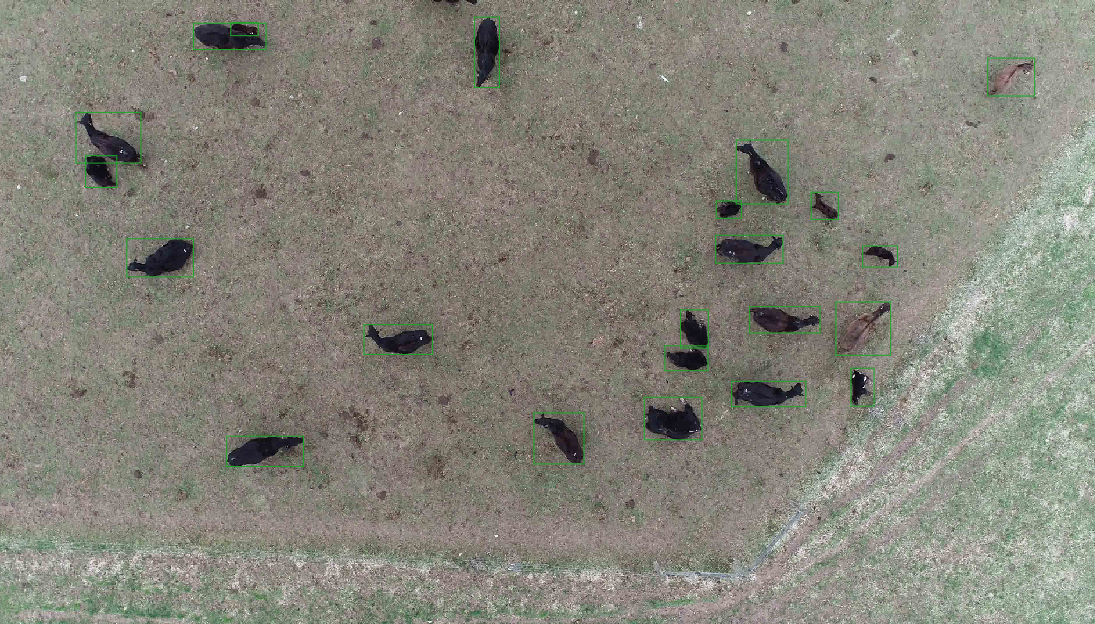 In terms of satellite imagery, the biggest advantage of using satellites is that a human pilot isn’t needed to obtain images. Affordability and consistency are aspects of satellite imagery that makes it attractive to agricultural managers. Plans can be created that deliver images weekly with appropriate scale and location. In addition images taken by satellite are usually very affordable, costing in the neighborhood of a couple hundred dollars a month for a farm around 5,000 acres in size.

The biggest drawbacks to using satellite imagery is cloud cover and lack of resolution. Cloud cover evidently interferes with the collection of data, but resolution is also an issue when doing stand counts of fields. Common resolution is around 3 meters at ground level, which isn’t sufficient to count individual plants.

A common application of artificial intelligence in the agriculture industry is the monitoring of crops and soil. Farms produce hundreds of thousands of data points daily, covering concepts ranging from soil nitrate levels to crop height and pest damage. With the assistance of machine learning algorithms, data can be analyzed rather quickly and easily. This enables the creation of mobile apps that can, among other things, alert farmers to possible crop threats, monitor weather data, and track livestock health.

Apps that utilize computer vision algorithms can interpret and analyze image data, and this ability means that they can pick up on visual information like damaged leaves, soil color, and plant shape to help farmers manage crops. Examples of agricultural apps that use computer vision include Plantix, aWhere, Farm at Hand, and Xarvio.

1. Plantix: Plantix is an app that helps farmers practice precision agriculture. Precision agriculture refers to the use of AI to enhance pest control methods, detecting diseases, and combating poor plant nutrition. AI-powered sensors can drastically reduce the amount of herbicides and pesticides that are applied to crops by targeting only regions with high weed concentrations. Apps such as Plantix claim having the ability to determine the health status of crops and soil and to report on problems like soil nutrient deficiencies by analyzing images of crops.

2. aWhere: aWhere is an app that uses satellite imagery to analyze billions of data points collected from around the world. The image data is used to help farmers increase their yield, as well as analyze crops and predict weather patterns. aWhere gives farmers localied, personal predictions and analysis. The app can even predict the production of crops in other regions of the world, which can help the users of the app adjust price in response.

3. Farm at Hand: Mobile apps like Farm at Hand are focused on crop yields. It enables farmers to track the progress of tasks like planting, spraying, and harvesting, enabling real-time data that ultimately can lead to higher crop yields. Computer vision algorithms are used to highlight individual fields, and the user can set seasonal plans for the different fields or view reports for specific fields.

4. Xarvio: Xarvio is a scouting app that lets app users take images of crops and identify potential threats to crop health, like diseases, pests, and weeds. It can be  quite difficult to identify diseases that only affect certain regions, as they tend not to be well documented. Xarvo’s computer vision algorithms let photos taken by the user be analyzed and compared against a database. The database is constantly added to by both global and local agricultural operations. Thanks to the constantly improving database size and quality, the app continues to become more useful.

5. Microwork: Microwork.app is an app dedicated to collecting ground truth images used to train a network. The images are collected through crowdsourcing, proving a fast and effective way to build a training dataset for computer vision tasks like those discussed above.

With a continuously increasing need for reliable food supplies, artificial intelligence can play a key role in supporting the agriculture industry in keeping up with the growing demands. Advances in the areas agricultural robots, aerial data collection, and mobile apps, often powered with computer vision, will allow the agriculture industry to increase efficiency and production rates.