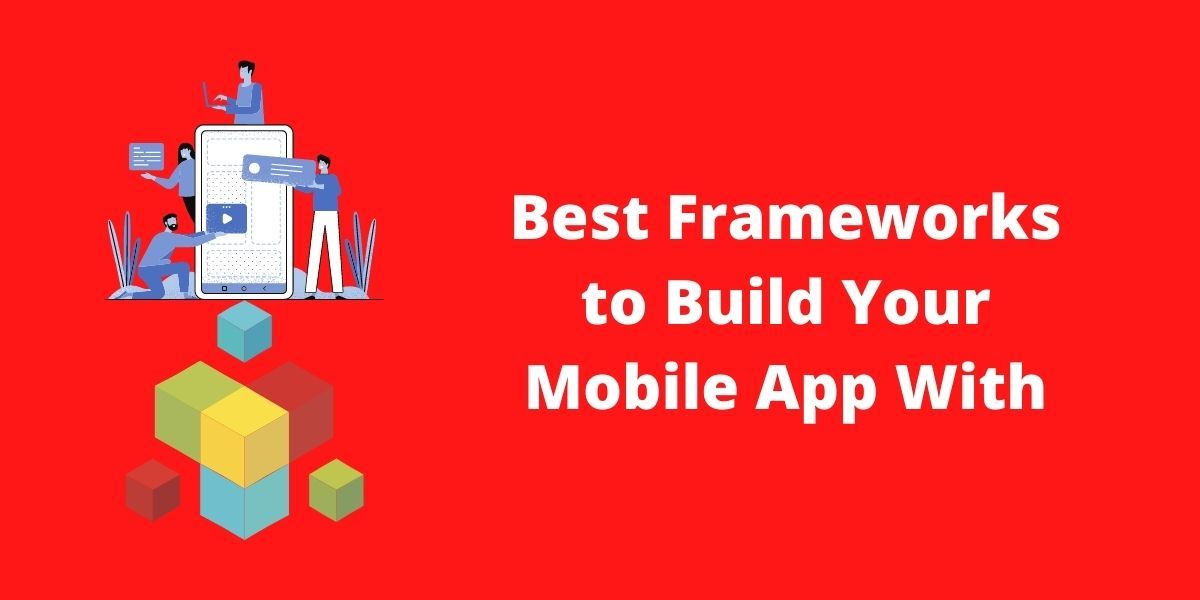 Devansh is a tech savvy. He mainly talks about AI, Machine Learning, and Software Development.

Did you know that an average American checks their phone every 12 minutes and uses more than 30 apps every month? Not only that, but 90% of that time is spent on Mobile Apps. It seems that there is a huge appetite for Mobile Apps.

Before you try to know the best mobile frameworks in 2021, you should know that there are 2 major ways to create a mobile app - Native and Hybrid (Cross-Platform).

Native Apps are those that are dedicatedly developed for each platform, i.e. 2 separate apps for both Android and iOS. Hybrid Apps or Cross-Platform Apps, as the terms suggest, are those where you can use the same code to build Mobile Apps for both platforms.

There are several frameworks in the market, but you need to have a distinction between Native and Hybrid Apps before you decide on the best mobile framework in 2021.

Hybrid Apps are known for the following features:-

Native Apps are known for the following features:-

Comparing Native and Cross-Platform App Development Frameworks is like comparing apples with oranges, until we get down to the most important parameters - popularity, support, and functionality.

Based on the above parameters, we’ve deduced a list of best mobile frameworks in 2021 that you can use for building your own Mobile App:- 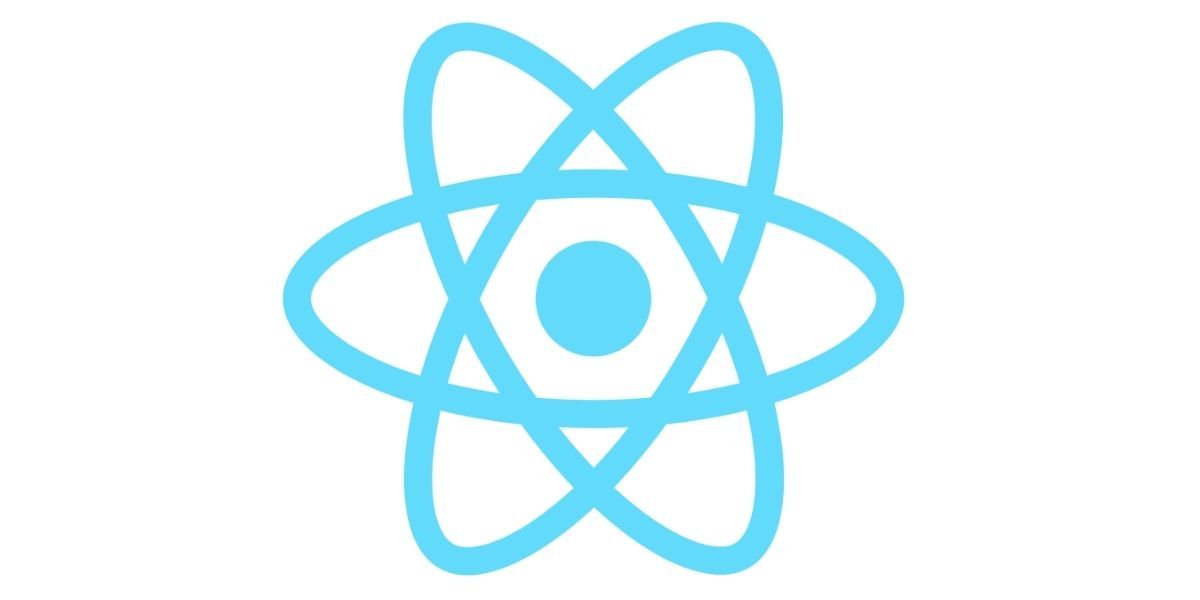 Folks at Facebook came up with React Native with the idea of building Mobile Apps simultaneously for both Android and iOS, using the Javascript programming language. Since you don’t have to redesign the UI and UX for building an App on a different platform, all of a sudden, it becomes extremely attractive to a lot of entrepreneurs for several different reasons.

Because of code reusability, a developer doesn’t have to rewrite the code for Android and iOS. It’s compatible with 3rd party plugins, provides immediate deployment features and is easy to maintain. Instagram, Soundcloud, and UberEats are some of the many popular Apps built with React Native. 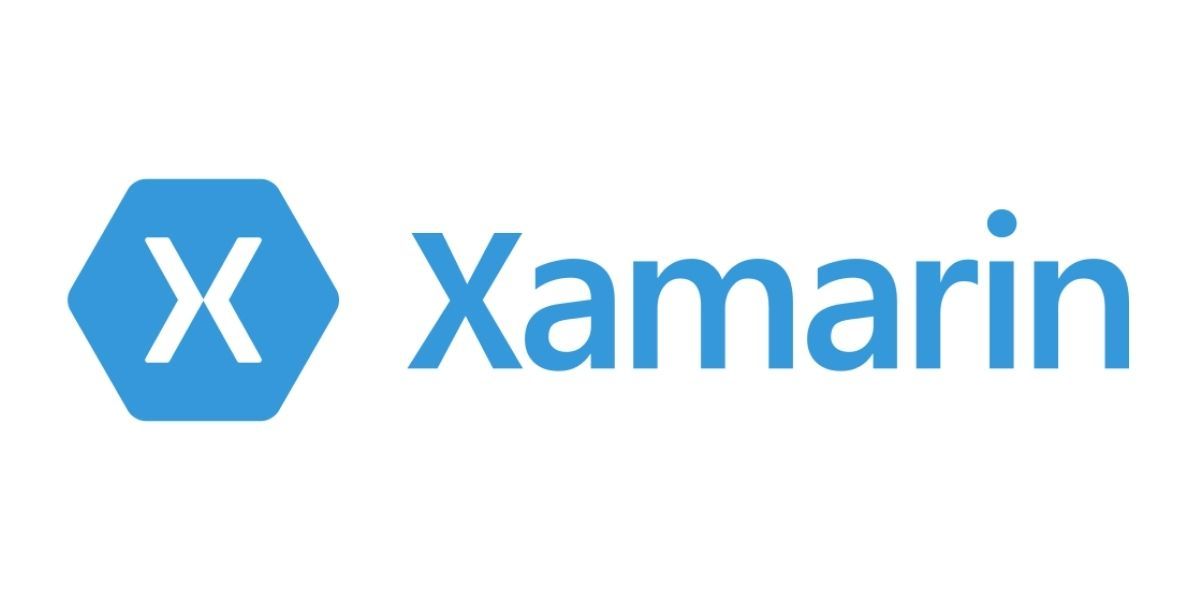 Xamarin comes packed with all the tools and libraries that you could possibly want. It has the ability to offer a better performance experience by using Native UI Elements. Most importantly, Xamarin supports the ability to share common codebase so as to make the development process more cost-efficient. 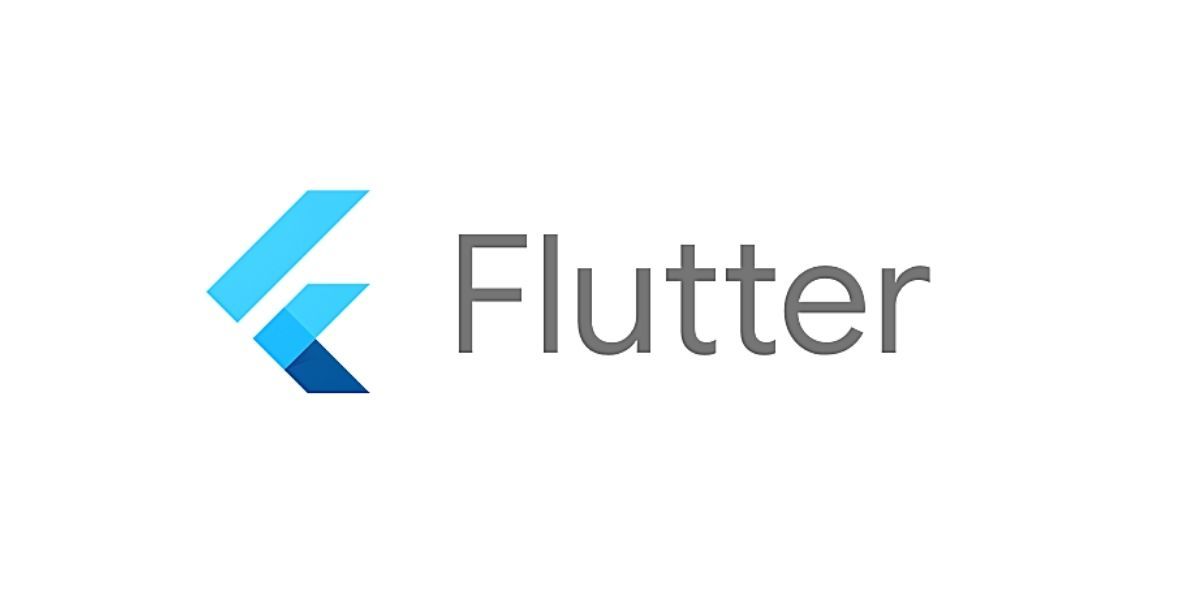 This framework is developed by Google. It’s a UI toolkit which is used to build native applications for Mobile, Desktop & Web platforms. It’s a cross platform mobile App Development framework that uses a single codebase for both Android and iOS. The widgets in this framework are highly customizable and can build great quality Mobile Apps.

Since it uses a single codebase, building Mobile Apps using Flutter is time and cost efficient. It uses the 2D rendering engine called Skia for developing visuals whose layered architecture ensures effective functioning of all components. Google Ads, Hamilton and SpaceX Go are some of the popular Mobile Apps built on Flutter. 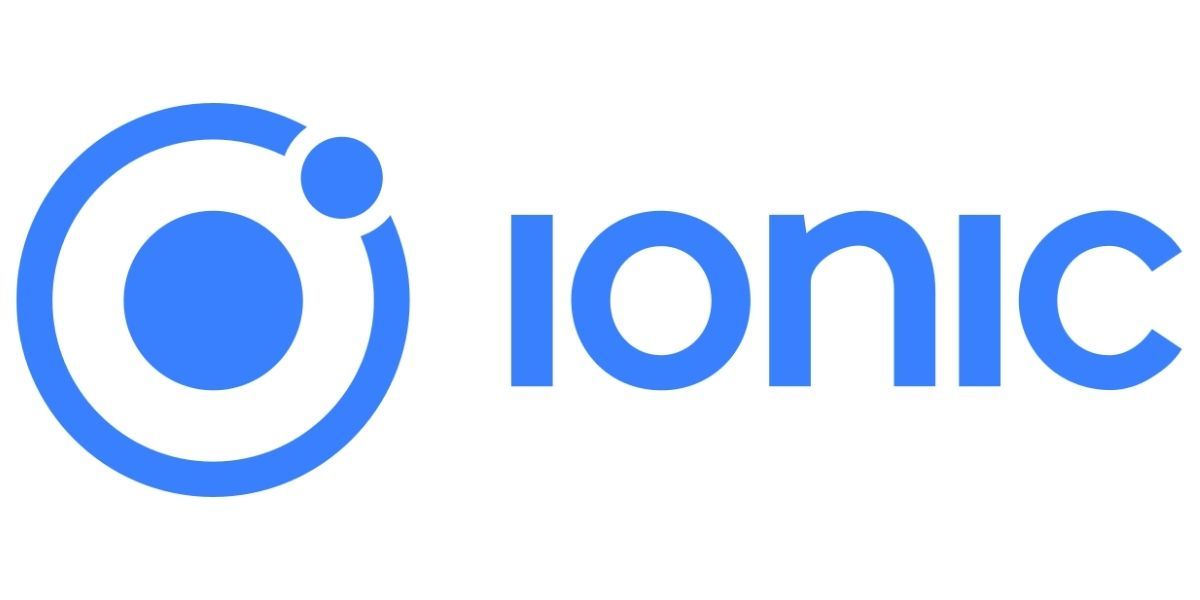 Ionic is an open-source SDK (Software Development Kit) developed in 2013. Created by Max Lynch, Ben Sperry, and Adam Bradley of Drifty Co., Ionic uses web technologies like HTML, CSS, and Javascript to create cross-platform apps for both Android and iOS. 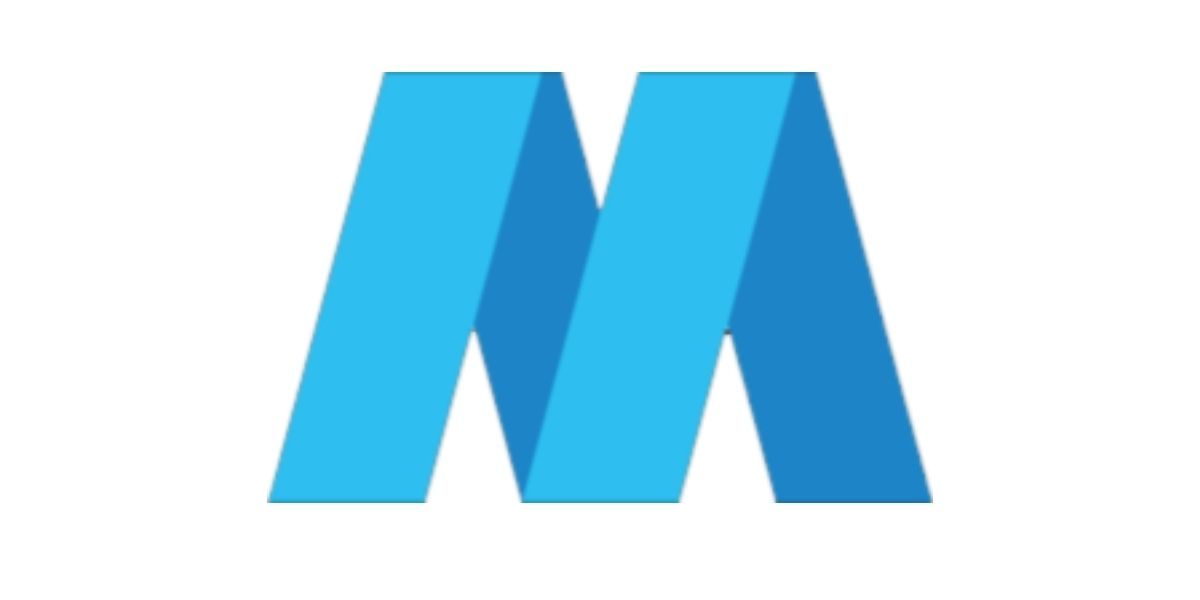 This framework is a merger of Bootstrap and Angular that offers interactive UI components like overlays, sidebars, switches, navbars, scrollable areas, etc. to offer an intuitive interface for the users. It is lightweight, and supports fastclick.js and overthrow.js for creating a rich user experience.

Mobile Angular UI supports cross-browser compatibility that allows automatic handling of JavaScript code for each browser. Hotelier News and iKeyBox are some of the popular Mobile Applications built on Mobile Angular UI.

What Makes An App Great?

There are so many apps in the market, what makes them good? Is it the functionality? User Experience? Utility? Well, it’s all of those, and perhaps even more. However, let’s discuss what makes an app stand out.

One thing that an App can do is set itself apart by offering great degrees of convenience to its users. You’ll see this in every successful app. Be it a game, a cab ride app, or a food delivery app, at some level, they’re all offering convenience.

Mobile games allow us to not have to resort to PCs or Consoles. Cab riding Apps help us to book a cab via the App, instead of having to go out and get in touch with a taxi service center, and similarly with Food Delivery Apps.

As outlandish as it sounds, using a smartphone lying on a bed is a lot more convenient than sitting up and using a PC or Laptop to do the same. That’s right. We’ve peaked as humans.

Step into the shoes of your target user and try to understand what problems they may be having, what they do as an alternative, how they spend their entire day, and how you can help eliminate all their problems.

If you aren’t answering these questions, you can’t create a great Mobile App. The fundamental principle of building an app is understanding who your user is going to be, down to the last detail you can get your hands on.

When you have developed your user’s archetype, you can start planning how you’re going to solve their problem, what is going to be the pricing model, and what kind of user experience you would like to deliver them, which brings me to my next point.

I’m sure you’ve used several apps before. There are apps that scroll a little slower than the other or aren’t as intuitive as the other, especially when you compare Apps that are competitors like Amazon and Ebay, or Gett and Uber.

You’ll see subtle differences based on which you’ll prefer one over the other. Besides, there are apps that crash and have glitches that cause a lot of inconvenience to the end user. You have to make sure that none of that happens.

Instead, the user experience you would want to deliver to your end user should be extremely intuitive, snappy and interesting to use. You can model that by looking at competitors’ apps and design your own technical scope document based on all of those.

Let’s say you have a mobile app for people to buy music instruments. You will make sure that there should be all the instruments from guitars, drums, violin, etc. But if you have related equipment like mics, amplifiers, audio interface and headphones, your user won’t have to go on another platform to buy those.

Point is, if you fulfill more than one category of requirement of a user, he’ll likely resort to using your one app instead of using 5 different apps for different things. If I see sports equipment being sold on Amazon, I may prefer it over Decathlon (that’s a massive generalization and it depends on the equipment, but that’s still true to a degree).

This was the list of the best mobile app frameworks in 2021 that you can get your hands on and build an amazing mobile app for your business. If you still have any questions, you can always consult an App Development Agency that will point you in the right direction, based on your requirements.

To be fair, there are several other frameworks out there with the help of which you can develop some great mobile apps. Just pick what you resonate with and start building your app, or feel free to hire a Mobile App developer to do so. You may even want to learn about Mobile App Marketing tactics so as to understand how to sustain in a competitive market.

AI Chatbots for Business: Why You Need One Now! 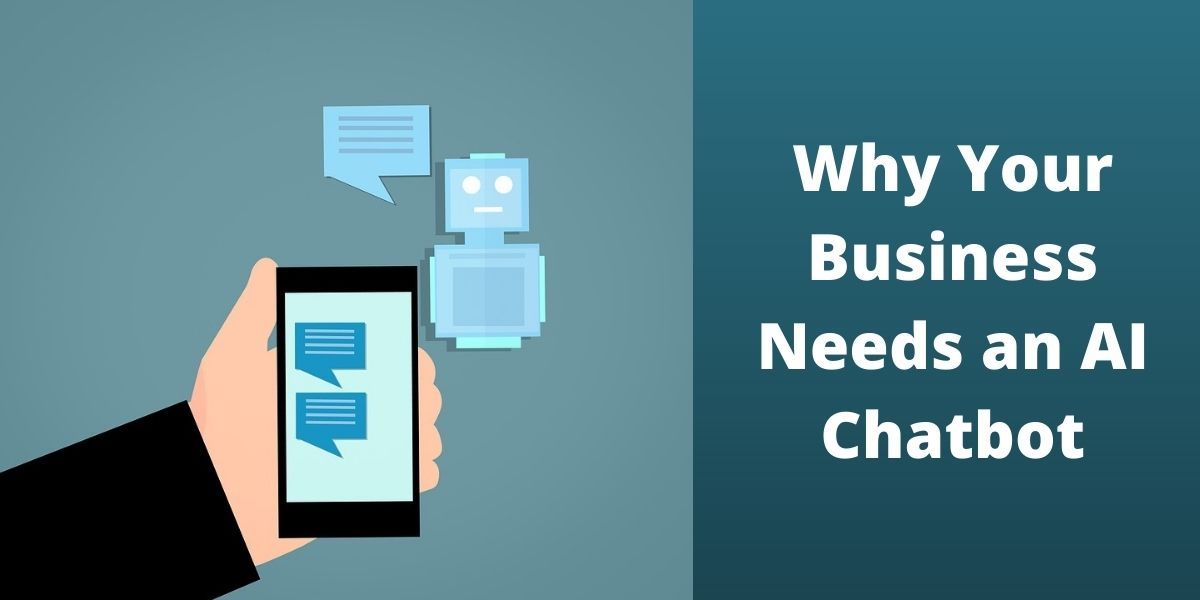 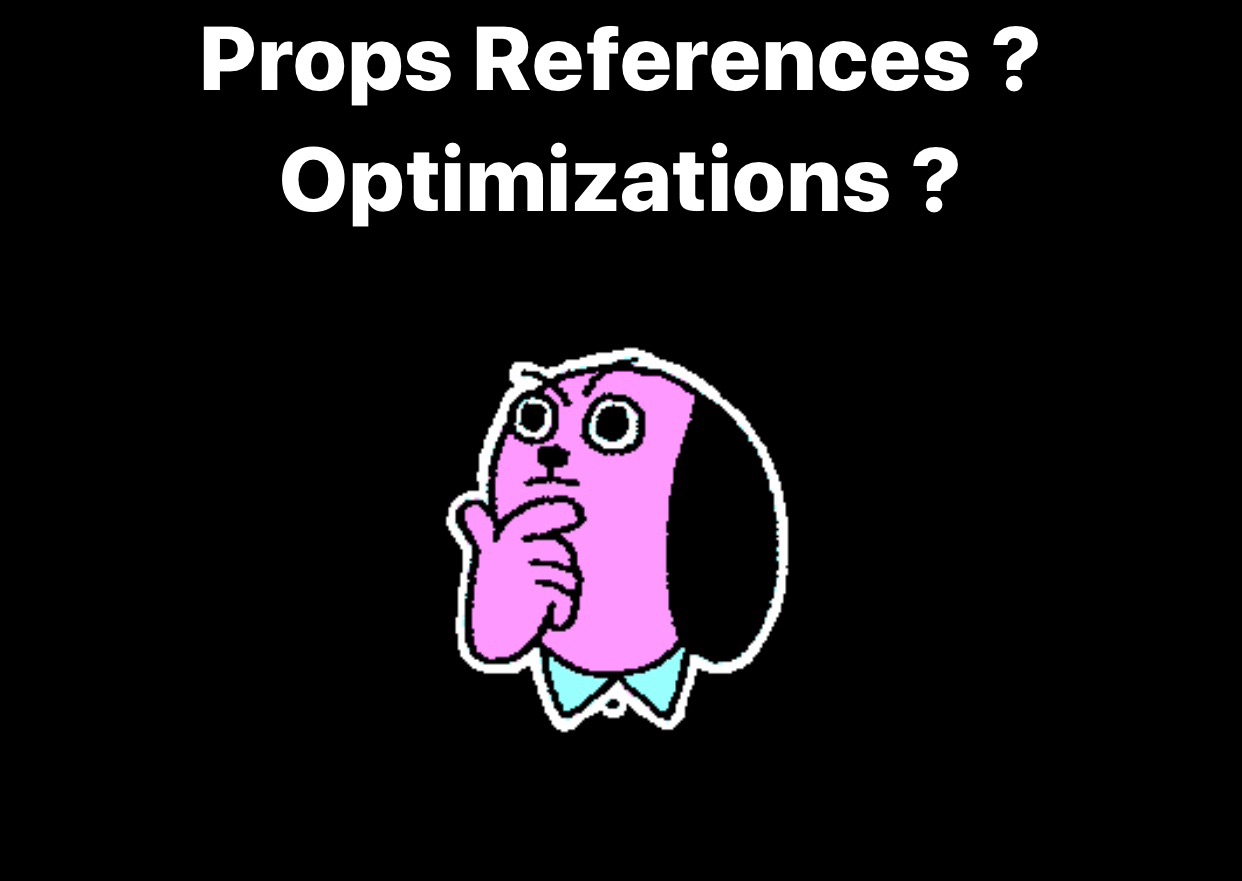