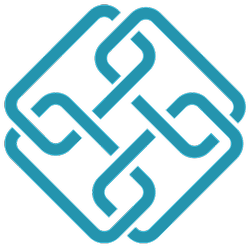 ELEV8’s vision is that new emerging technologies such as AI, blockchain, cryptocurrencies, and digit

The following article is part of our Masters of Blockchain story series. Each piece in the series breaks down a chapter from the popular Masters of Blockchain, written by Andrew Romans.
In Masters of Blockchain, Romans delivers everything you need to succeed in the blockchain industry. He describes the advantages of blockchain technology, token sale trends, strategies in raising money via ICOs, STOs, and other token offerings, the current regulatory landscape, and numerous other need-to-know topics. In his research, Romans spoke with over 200 of blockchain’s most influential people, recording what it takes to become a true master of blockchain.
Andrew Romans will be speaking live at ELEV8CON this December.
“In 2009 Starwood made a commitment to their shareholders in response to the liquidity crisis in the States that they would become asset light, sell the assets sitting on their balance sheet and concentrate on being a management company. I originally bought the 5-star St. Regis Aspen Colorado Hotel from them for $ 70 million in September 2010, invested another $ 50m into the renovation program and gave Starwood a 50-year management contract subject to performance. I did this using my Bangkok-based OptAsia Capital Co. Ltd in a GP-LP structure. Having done a number of other successful real estate deals in Hollywood and we had a lot of people asking us how to piggy back onto our deals. We then came up with the idea of creating single asset Real Estate Investment Trusts (REITs). Unfortunately, unless you are among the very small percentage of super wealthy families that can buy a $ 300m or $ 70m property you simply do not have access to this assets class. The only way to get any exposure would be to buy into a diversified REIT. What happens there is that you end up investing into a strategy rather than a specific asset.
We embarked on the first single property hospitality REIT registered with the SEC in January of 2018. We went to IPO, but realized half way through the process that this will not be a scalable business because the cost of a listing on the NYSE is just so prohibitive that it just does not make sense for a single asset. We then observed what was happening with digital assets and ICOs and thought to issue a token with smart contracts that was backed up by a real asset and not simply an idea on a white paper. Our thinking was to connect an investor with a product. We convinced a lawyer to go for it. That was the easy part. Our mortgage lender JP Morgan was much more difficult to convince. To see their name in the same sentence with the word “crypto” was a challenge as they did not want to be guilty by association with any of the scams that were becoming all too common in the ICO universe. The same was true for Marriot. In the end it took us about six months, but eventually they did come around thanks the professional pre-existing relationships we have with these third parties. We were able to complete an $ 18m private placement in October 2018. This is one of the first trophy asset tokenizations where effectively there was an offering document, there was a placement and there is a platform with tokens being issued on the ERC20 platform that will commence trading in October of 2019.”The Wave of Tokenization Is Coming
And the real estate industry stands to benefit more so than most others. Although lucrative, real estate investing has historically been plagued with poor liquidity and start-up costs that prevent the majority of the world from getting involved. On the low end, purchasing a piece of commercial property costs a couple hundred thousand dollars, requiring either a) deep pockets or b) some type of investment fund.
Real estate tokenization flips that model on its head. Tokenized real estate assets are effectively blockchain-based digital tokens that represent fractional ownership of a property. Creating these tokens reduces costs, improves market efficiency (i.e., liquidity), and lowers the barrier of entry to invest.
Several blockchain platforms have now infiltrated the real estate market, offering cryptocurrency versions of properties around the world. Today, you can purchase tokens that grant you ownership of condominiums, resorts, beachfront properties, and much more.
But it wasn’t until recently that blockchain real estate contained the numerous options that it does today. As late as mid-2018, tokenized real estate securities didn’t even exist.

Many credit Stephane De Baets, President of Elevated Returns, as launching the first real estate security token offering (STO). Spending his early life in Europe and Thailand, he currently lives in New York, where he specializes in financial structuring, M&A, and most importantly, asset management.
Even though De Baets currently owns several properties, the journey to his impactful real estate STO began with the purchase of a single hotel. In September 2010, De Baets bought the St. Regis Aspen Colorado Hotel from Starwood for $70 million. In an attempt to open up the property investment to the public, De Baets and his team created a single asset Real Estate Investment Trust, or REIT for short.
But All Didn’t Go as Planned
Their original plan was to sell public shares of the St. Regis REIT through an initial public offering (IPO). However, they quickly ran into issues:

“We went to IPO, but realized halfway through the process that this will not be a scalable business because the cost of a listing on the NYSE is just so prohibitive that it just does not make sense for a single asset.”
So, What Could They Do?
In 2018, as they were scrapping their IPO plans, De Baets and his team took notice of a novel trend taking hold – initial coin offerings (ICOs). Although an interesting concept, they viewed many of the ICOs as nothing but “an idea on a white paper,” offering no real backing. Moving against the grain, they instead decided to leverage this new asset class with something that contained real, inherent value – the St. Regis Hotel.
“[We] thought to issue a token with smart contracts that was backed up by a real asset…Our thinking was to connect an investor with a product.”
A secure token offering (STO) was the obvious route for them to do so. As an SEC-approved asset, it allowed them to give the public a regulated security offering at a fraction of the cost of their dismantled IPO. Through the STO, they were able to eliminate the mountain of intermediaries that an IPO typically requires. De Baets explains,
“…whether it’s your accounting firm, your lawyers, the printers, the Edgar system – these are the people taking a huge amount of money out of the transaction, and it’s just so inefficient.”
An STO utilizes blockchain technology to directly connect investors with the assets in which they wish to invest.
It’s Not All Sunshine and Rainbows, Though
STOs do have some drawbacks. Because they’re SEC-regulated, they contain a strict set of rules that you must follow if you plan to launch one. For example, the SEC required De Baets to enforce a one-year lockup on the St. Regis REIT in which investors couldn’t trade their tokens. Because this rule creates more risk, it lead to a decrease in investor interest.
Additionally, the user experience of STO purchases has not yet reached the level that many consumers expect. While De Baets saw significant interest through an Indiegogo campaign, much of it faltered off when creating an account to purchase the token.

But, De Baets Is Still Confident In a Tokenized Future

He and his partners have plans to tokenize an additional $3 billion worth of real estate assets worldwide. He envisions a future in which your real estate tokens not only grant you part ownership of a property, but can also be spent on rental payments, for instance, from the same developer.
Blockchain companies aren’t limiting themselves to property tokenization, either. Large firms, such as Deloitte and PWC, are exploring blockchain solutions regarding property searches, due diligence, leasing, title management, and several other topics.
We’re still early in the timeline of blockchain real estate. And there will likely be many more applications far different than the uses that anyone is thinking of now. Perhaps, De Baets describes our current situation best:
“…we are at the equivalent of dial-up internet days, and one day people will laugh that anyone was arguing about this back in 2019.”
We couldn’t agree more. 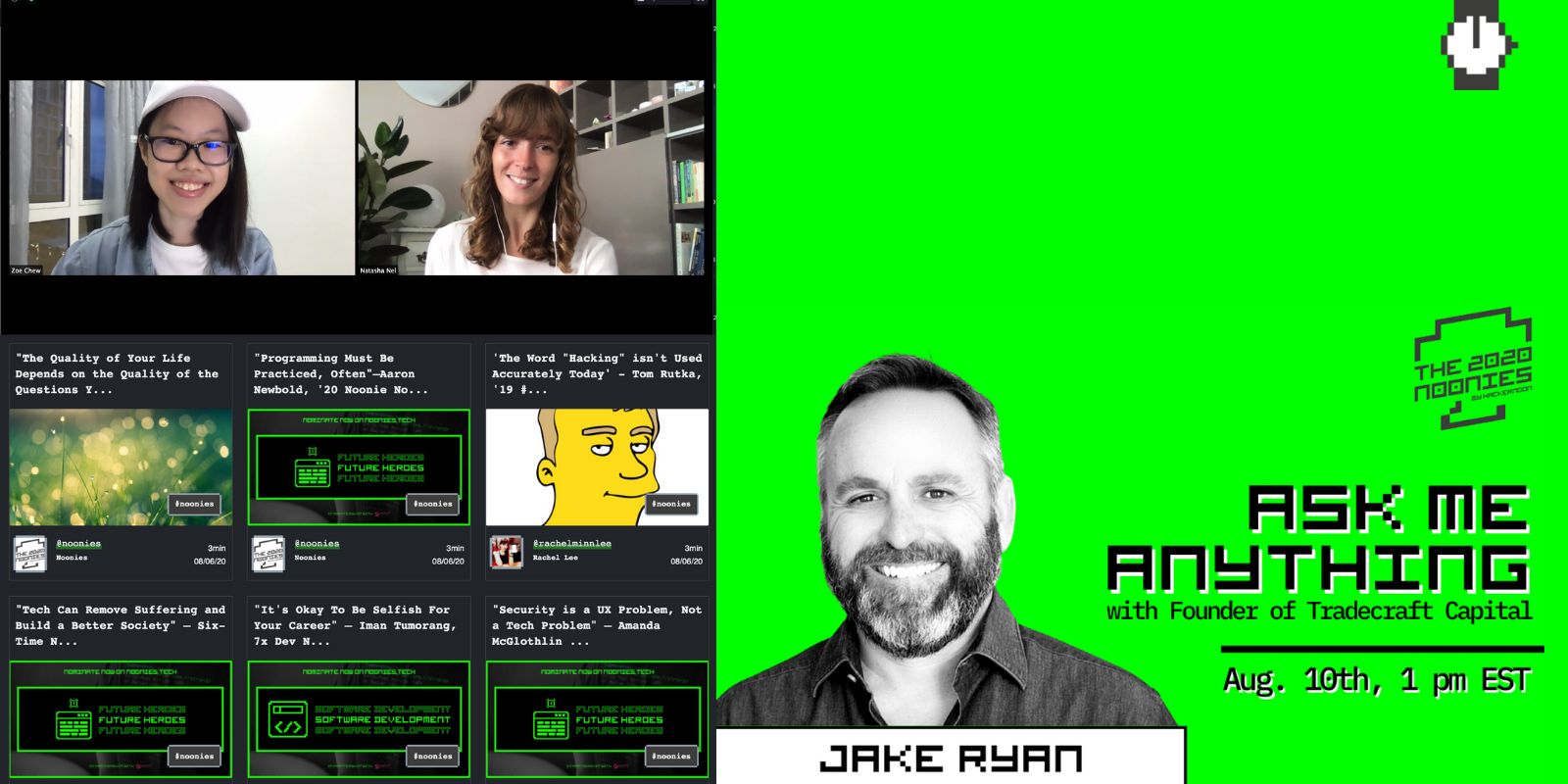