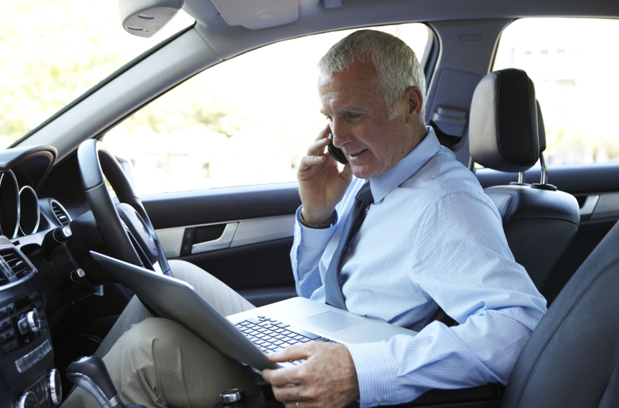 The transformative force of technology can be felt in all types of businesses, including the automobile industry. Technology has helped to transform the various aspects of the automotive sector include the buying process and the driving experience.

Here are some of the hottest technology trends in the car industry right now:

VR and AR technologies have begun to make their way into the automotive industry. While they have been around for years, their impact in the car industry is expected to be quite huge in 2020. It is expected that the size of the VR and AR industry in 2020 will be around $20 billion, which is nearly double the figure of 2018.

In the car industry, VR and AR technology is being used to create virtual showrooms. As a result, a carmaker does not need to have all the cars on site. Customers can put on their VR headset from the comfort of their home and view a car. For instance, you could even take a car for a ride on some epic driving routes around the world using VR.

With current technology, the fastest you can hope to charge a Tesla at a specialized charging station is around one and a half hours. While this is fast, it is still much slower than it takes to fuel an ordinary car. However, there are technological innovations taking place that could reduce charging times to full battery capacity to just 20 minutes.

3. The internet of Things

The Internet of Things has taken off in a big way in the car industry. It is because of people’s desire for inter-connectivity. Carmakers are simply unable to ignore this need. One reason why 2020 will be a huge year for IoT is due to the mass rollout of 5G technology. It ensures faster speeds, which makes vehicle inter-connectivity flawless. It is expected that by 2020, the number of interconnected cars will hit 250 million. The interconnectedness could help to reduce accidents and traffic jams. Consequently, car insurance firms such as Verti Insurance could offer lower premiums for people who drive vehicles with such technology.

Driving cars requires that you ignore all other aspects and focus on the road. However, that is not possible in the modern interconnected world. Consequently, carmakers are introducing voice control into modern vehicles. It allows a driver to maintain control of their car using just their voice.

5. Enhanced Safety Due to AI

There are already solutions in the market. One good example is the Automotive AI platform created by Affectiva. The platform was released about a year ago and it has the role of monitoring the behavior of drivers as well as their emotions. For instance, the AI can help to decide if a driver is sleepy or using their phone while driving. The driver gets a notification, which will help to reduce the risk of an accident. While it is already in use by some carmakers, it could soon become an industry standard.

Current technology allows cars to make autonomous decisions in brief and controlled situations. However, that could change in the future as self-driving car technology evolves. One day, cars could be fully autonomous and not require a driver in the driver’s seat to ply public roads.

3D printing has been around for several years. It has slowly found its way into the automotive car industry. Some of the leading manufacturers are using the technology to create some of their parts. However, most of the cars have been experimental and they have not been mass-produced. It looks like things will change in 2020.

XEV, an Italian startup, was the first to create a mass-produced 3D printed car. To create the car, they worked with Polymaker, which is a Chinese company that has invested heavily in the 3D printing industry. Almost all components of the car are 3D printed. The car is known as LSEV and it will be released in Asia and Europe sometime later this year.

While current suspension systems are quite advanced, compared to just a few years ago, there is room for improvement. In the future, active suspension systems could help eliminate any carsickness caused by motion within the cabin. Cars achieve active using technology that predicts the layout of the road and makes the necessary adjustments.

Many people spend a lot of time in their car and carmakers are catching on. Consequently, they are spending more on making cars as comfortable and personalized as possible. The personalization includes a full suite of various technologies such as the AC and the entertainment system. One benefit of this personalization is that cars can perform many tasks without human intervention. As a result, customers can be able to spend their time more productively when on the roads.

10. Use of the Blockchain in the Supply Chain

Above are the hottest trends in the automobile industry. These trends could one day become the industry standard. However, some may take longer to hit mass-market adoption than others. Some of them are still in the early stages of development. Consequently, they still require a lot of investment by players in the car industry. However, it is important to know which technologies to keep a close eye on. It can be quite useful when shopping for your next car.