The Past is Prologue 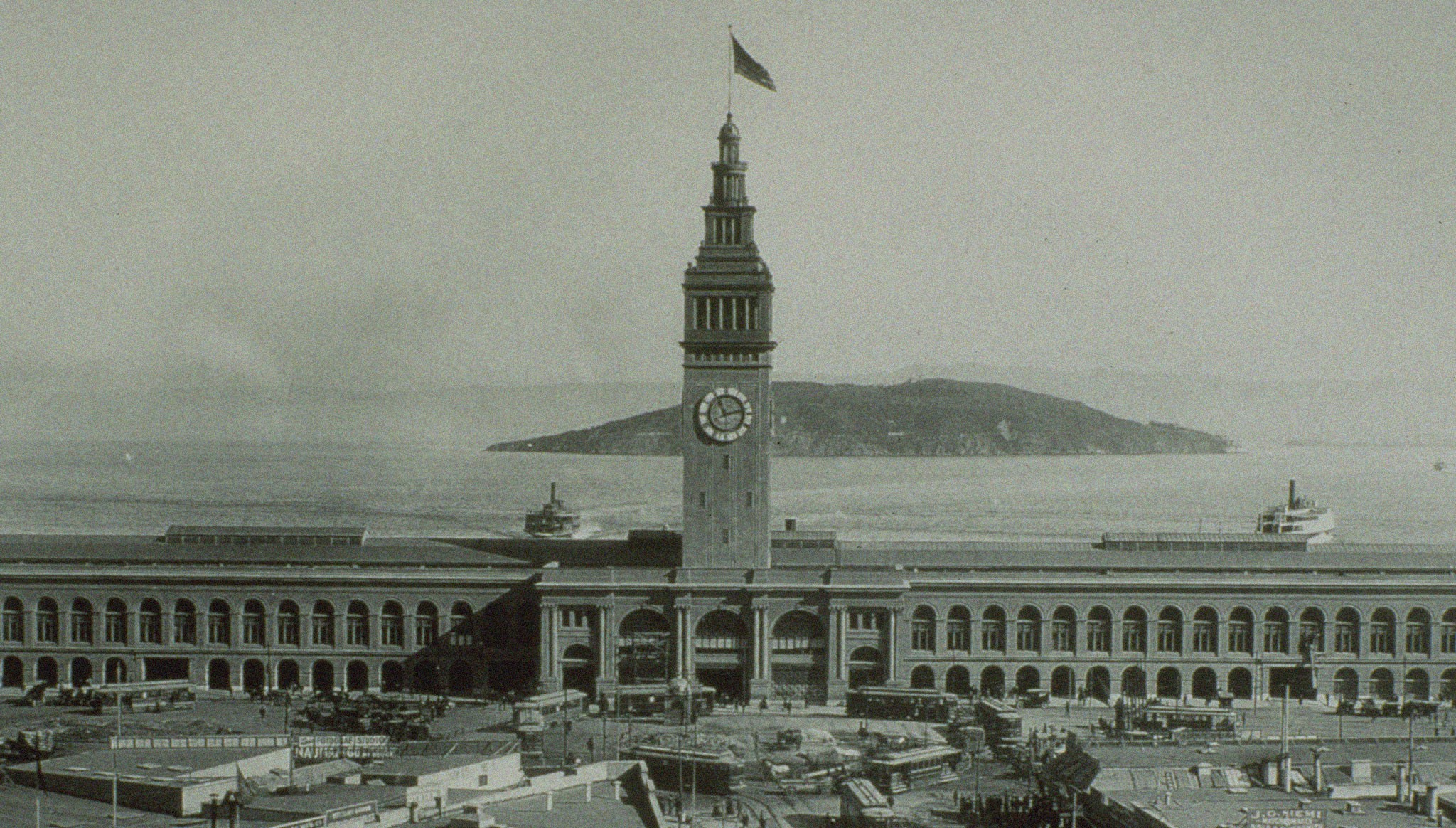 “We all were sea-swallow’d, though some cast again,
And by that destiny to perform an act
Whereof what’s past is prologue, what to come
In yours and my discharge.”

As 2017 comes to an end, it’s appropriate to reflect on changes during the past 12 months. But the passage of time is continuous, and changes are much more pronounced when aggregated over years and decades.

The San Francisco Ferry Building opened in 1898 as the transit hub for the burgeoning city. The Ferry Building quickly became one of the busiest transit terminals in the world — second only to London’s Charing Cross Station. It has seen its share of history; the well-built structure survived the 7.8 magnitude earthquake in 1906 (which destroyed 80% of the city) as well as the 6.9 magnitude earthquake in 1989.

The defining characteristic of the Ferry Building is its 245-foot (75m) clock tower. It still houses its original clock made in 1898 — the largest wind-up, mechanical dial clock in the world. The clock face serves as a reminder of the passage of time and the evolution of San Francisco.

In San Francisco, the Ferry Building is the focus of every New Year’s Eve celebration. On the stroke of midnight, the venerable clock rings in the new year while basking in the celebratory glow of fireworks.

“He trod the water,
Whose enmity he flung aside, and breasted
The surge most swoln that met him; his bold head
‘Bove the contentious waves he kept.”

Ferries were the only mode of transportation across the San Francisco Bay until the 1930s, when both the Bay Bridge and the Golden Gate Bridge were constructed.

The Golden Gate Bridge spans the 1 mile (1.6km) strait connecting the Pacific Ocean and the San Francisco Bay. The suspension bridge was finished and opened in May 1937; this past year marked its 80th anniversary.

Experts doubted that a bridge could be built across the strait due to the swirling tides and frequent strong winds.

Construction began in January 1933, and the bridge was completed ahead of schedule and under budget.

At the time of its opening, it was both the longest and tallest suspension bridge in the world. It remains the tallest bridge in the United States

It is far more resilient to the threat of earthquakes.

With its eastbound and westbound lanes on either side, the Bay Bridge has the widest bridge span in the world.

“I’ll deliver all;
And promise you calm seas, auspicious gales
And sail so expeditious that shall catch
Your royal fleet far off.”

Motorized vehicles were already common in the 1930s, and the two bridges in San Francisco were created to carry vehicles — predominantly automobiles. Almost everyone associates the automobile with Henry Ford.

But Ford’s greatest contribution to the automotive industry wasn’t his first vehicle (the Quadricycle) or his Model T.

Instead, it was Ford’s innovation in manufacturing that enabled broad adoption of the automobile.

The moving assembly line for the Model T began operation in October 1913, allowing each car to be produced in 93 minutes — faster than it took paint to dry!

Over 100 years have passed since the first moving assembly line for automobiles. Every year, 100 million cars are produced in over 50 countries. The United States produced 80% of all motor vehicles in 1950, but today that percentage is around 12%. In 2016, China built 28 million vehicles — four times as many were built in the United States.

For the past century, the dominant propulsion method for automobiles has been the internal combustion engine — despite the fact that electric vehicles were among the earliest automobiles. In 1900, 28% of cars on the road in the U.S. were electric. But popularity of electric vehicles declined due to the limitations of storage batteries and the availability of cheap petroleum.

Interest in electric vehicles has revived in recent decades, primarily due to environmental concerns of burning fossil fuels.

At the forefront of the electric vehicle resurgence is Elon Musk, CEO of Tesla.

Each Tesla automobile contains thousands of small lithium-ion batteries for storing electricity. This approach has resulted in much cheaper and lighter battery cells for Tesla vehicles.

California is the largest plug-in car regional market in the United States. Over 46% of all plug-in electric vehicles sold in the U.S. were sold in California between December 2010 and March 2015. After 100 years of technology advances, electric vehicles are poised for broad adoption across the globe.

“Be’t to fly,
To swim, to dive into the fire, to ride
On the curl’d clouds”

The development of the automobile (and accompanying infrastructure) enabled people to travel vast distances on the ground. The world became even more accessible with the invention of aircraft.

Mankind has yearned to fly for over two thousand years. The earliest flight was several hundred years BC, in the form of man-carrying kites in China. In the mid-15th century, Leonardo da Vinci studied bird flight and designed a hang glider with fixed wings and control surfaces (though it did not fly). Experiments with gliders provided the groundwork for heavier-than-air craft.

Orville and Wilber Wright began experimenting with gliders in 1900. They defined and evolved three-axis flight control: roll, pitch, and yaw.

Over the past century, advances in engine technology and aerodynamics have enabled an entirely new industry: modern commercial flight.

According to the World Bank, 3.69 billion passengers were transported by airplanes in 2016 — a tenfold increase from 1970.

Technology advances give birth to new industries. As these nascient industries expand, businesses emerge to service the growing addressable market. Over time, the best competitors achieve market dominance and the industry consolidates. This happened to aircraft manufacturing in 2017.

“The cloud-capp’d towers, the gorgeous palaces,
The solemn temples, the great globe itself.”

With the rise of new technology and industries, the physical landscape of San Francisco has also changed: it is literally rising.

For decades, the San Francisco skyline was defined by the iconic Transamerica Pyramid. The building was commissioned to be the headquarters for the eponymous holding company of life insurance and investment firms. Construction began in 1969 and was completed in 1972.

But as of 2017, the Transamerica Pyramid is the second tallest building in the city. It’s a changing of the guard as the new Salesforce Tower asserts its position in the San Francisco landscape.

Salesforce Tower (formerly known as the Transbay Tower) surpassed the Transamerica Pyramid as the tallest skyscraper in San Francisco. Its roof height is 970 feet (296m), and will have an overall height of 1,070 feet (326m)

The rise of Salesforce Tower heralds the dominance of the technology industry in the city. According to a research report from real estate firm CRBE, there are over 79,000 high-tech jobs in San Francisco. A nearby tower — also under construction — will house thousands of Facebook employees.

There are literally hundreds of other tech startups headquartered in the city.

It’s an evolution of San Francisco, consistent with its past: a destination for those seeking opportunity. But this time the gold rush is digital.

“Now I will believe
That there are unicorns”