Two weeks ago i published this post about how we can detect fake viral news, using the Outbreak, a tool designed at automatically identify viral news, before they go viral.

Working non-stop for 2 weeks, i now started tracking over 4000 Facebook posts coming from 30 Facebook pages that usually post fake or misleading news, to see if i can identify fake viral news, before they go viral.

Instead of having journalists that need to go and read every post and article posted by this websites, we detect just the ones that are getting viral, and send them to a human to evaluate if this is a fake or accurate article.

I chosen as a study-case a Article published on 6th December.

A quick visit to Snopes reveal the real story. 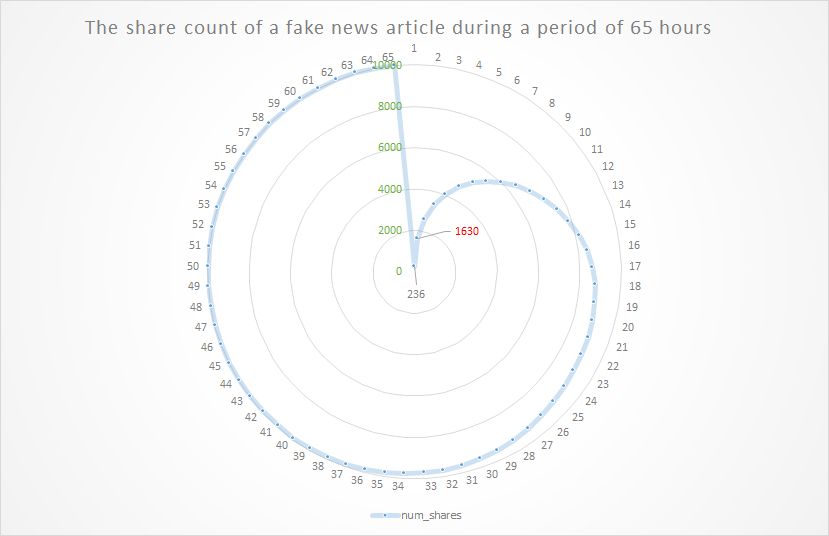 5 more hours needed to pass until the article had over 5000 shares.

By the same time, the fake article had 8000 shares on the fb page alone.

And this is just one of the parts. We also have the number of likes, comments and emotions. Using this, we can train the algorithm to do predictive analysis.

One of the commonality of this fake articles is that they generate strong emotional responses. And this can be detected using Google Cloud NLP API or Watson API. Combined with facebook reactions data, we can get a better understanding and we have better tools then just one year ago. 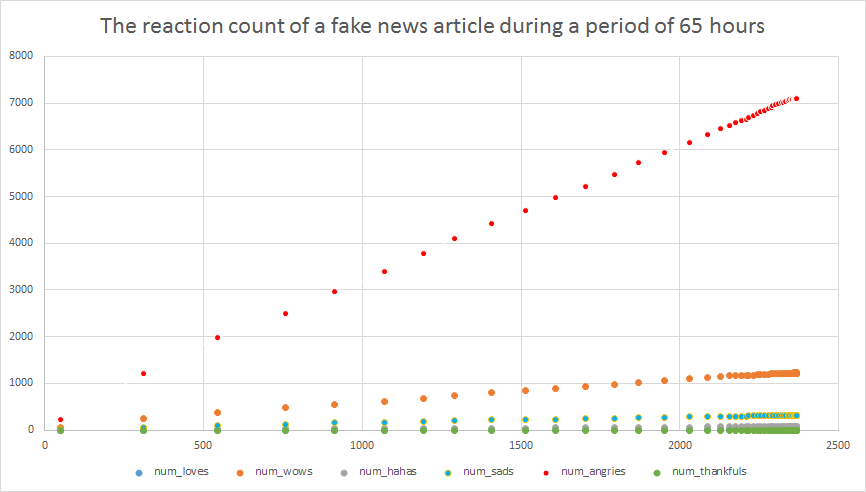 I want to continue working on this project, this is why i set-up this crowdfunding campaign with the aim of raising $5000 to be able to get a better server infrastructure and pay for some part of the time that i dedicate to this project.

Sorry for the language mistakes in the article, English is not my first language.

In the last 3 years i`m a collaborator with the Organised Crime and Corruption Reporting Projects (OCCRP), were i do data analysis and pattern recognition to uncover patterns of corruption in unstructured datasets.

In September 2016 I have moved to San Francisco, to start a new life here.

Related Stories
Subject Matter
Partner with us for Digital Product Development by @AWH
#promoted
The Outbreak: How to Detect The Real Viral Posts Compared to The One Hour Share Spike by @baditaflorin
#social-media
The Self-Employed Worker's Guide To Pay Stubs by @hamzah-adil
#entrepreneurship
It's Time to Return to Indie Communities by @rosemary-oneill
#community-building
8 Key Traits Of The Perfect Co-Founder by @paolodotta
#picking-a-good-co-founder
How Platforms Like Facebook Can Make Algorithms More Transparent by @jaipaul
#social-media
InvoZone CEO Furqan Aziz on Passion, Failure, and Monday Rituals by @shahmeer
#founder-interview