The Oldest Industries Remain the Same

5 Tech Companies That Impacted My Life this Week

This is a new series about the never ending involvement of tech companies in the mundane. In relation to this 31 year old man owning property for the first time :-), here’s what I like and don’t like about five tech companies this week: 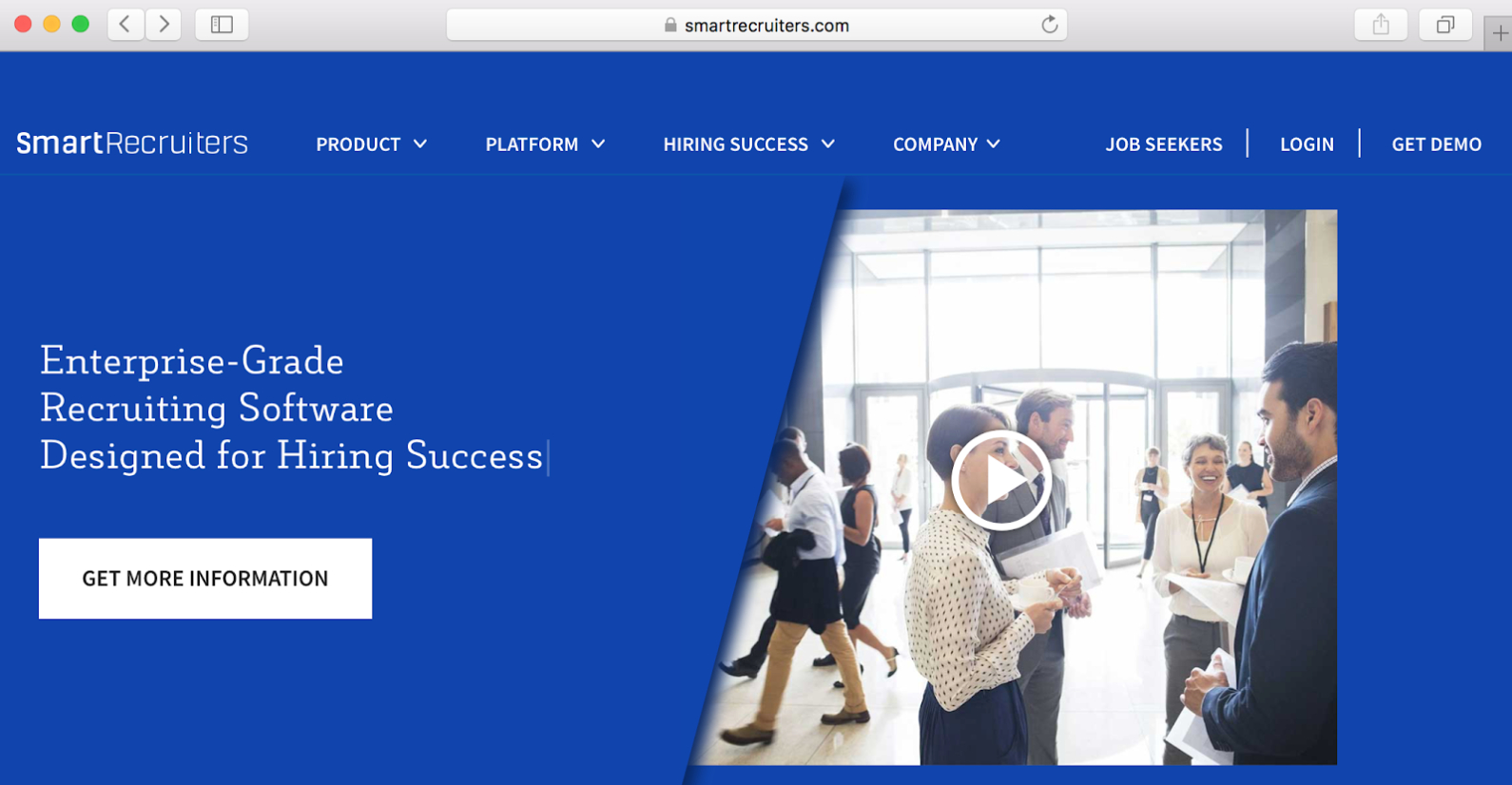 I’m simply not talking to you about buying a house right now without SmartRecruiters. In their recent round of funding, they offered a buy back for early shareholders. I decided to sell, and that’s the down payment. Looking back, startup equity is dope. We grow, I grow. Aligned incentives. Yadda yadda. But when I dig into the company’s valuation and my contribution, I feel like this startup equity should have paid for the whole house. At the same time, if you told jobless 21 year old me that this next job will last three and a half years and then cover your home’s down payment ten years later, I probably would have taken the deal. Now that I’m further along in my own business and can look back on the talented people I used to work with, I better understand that startups don’t scale - especially to their level - unless most early team members greatly outperform their role.

Better is a mortgage lead generation site for incumbent lenders. From what I gathered across numerous meetings, their business model is: advertise low rates, scale a system for evaluating leads, become the lender, hold the loan for about one month, and then sell the loan to best bidder. They’ve raised hundreds of millions from Goldman Sachs, Kleiner Perkins, and many other smart people… but the experience really turned out to be a waste of my time. My profile didn’t quite fit into the profile they sell to the incumbent lenders, but the sales person thought we could close a mortgage together in 21 days. The information gathering flow is smooth UX - if you build fintech, you should check out how they collection customer information. Their team is not on the same page about who they want to do business and who they don’t want to do business with. Plus, their appraisers come from a third party network, which does not effectively have coverage in my region. Better couldn’t get an appraisal on time, and they told conflicting information about when it was scheduled and rescheduled. They did refund the appraisal fee. Overall, Better is selling mortgages to the same six(-ish) players you can reach out to directly yourself (and probably get a better deal for your situation). I had high hopes for this company because I thought the mortgage industry was ripe for disruption.

Very cool that they could do 2.2% on savings - that’s why I created a savings account with Ally. They recently lowered to 1.9%, and that’s more where  the rest of the market is. The underlying idea is so pure and simple: having no physical banks saves money, and that saving is converted into a high interest percentage for the customer. The challenge comes in serving the customer. The software is simple enough to use. This past week, my customer use case was wiring a down payment. Previously, making the good faith escrow payment upon signing a contract for a house, I was able to wire the money from Alley in less than two hours. That works. But the day of closing, the money needed to be wired before the sellers could sign. I requested a wire in the morning for the down payment of my house. Heard nothing. Two hours later I spent a half hour on the phone, mostly on hold trying to get them to initiate the wire. When the sellers were in the office in the afternoon refusing to sign until the money transferred, I spent another hour plus talking and on hold with Ally… and eventually, ten hours hours after the wire request, it worked. The deal didn’t die, but this bank made a life-moment-day into a maybe-my-bank-will-undermine-my-deal me day. A high savings rate is great, but if you’re working with Ally, be cognizant of the fact the wires can take 10+ hours during business hours. 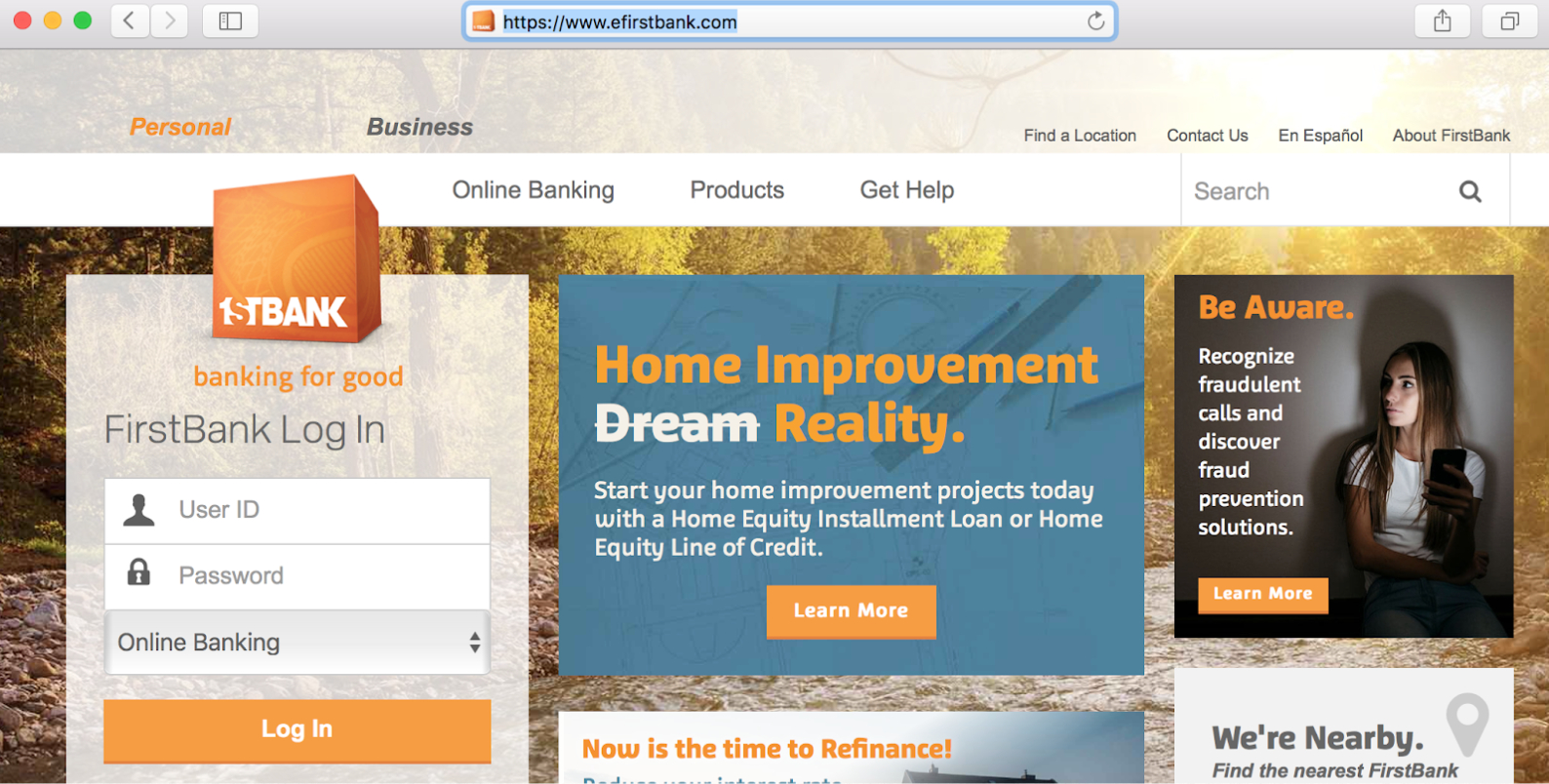 FirstBank became my lender :-) They’ve been around since the 1960s and hold $19B+ in assets. They are founded in Colorado and trusted by many local businesses. FirstBank’s just keeps making money, they publish their rates on their site, they honor those rates for those who qualify, and they move fast. I spent far less time talking to FirstBank than I did to Better, where it was challenging to get the right person at the company to talk to for specific terms, domain expertise, and questions. There is a simplicity to being a customer of what has already proven to work and being sold to by a person who understands the details of the deal. At the end of day, a loan is about paying on time so their interest won’t takeover. I had to put a little more down, but I’m happy with the interest rates. And to anyone thinking, 'hey that’s a bank and not a tech company, but this series is about 5 tech companies that impacted your life this week.' First off, thanks for reading and remembering the heading. But mainly, the workforce for companies of substance are increasingly more technical. And at a more basic level, the math behind the banking terms is the tech. For the customer, technology is entrenched in their daily life. I expect all banks to spent more on technology to provide their own interfaces, apps, experiences, and competitive advantages. 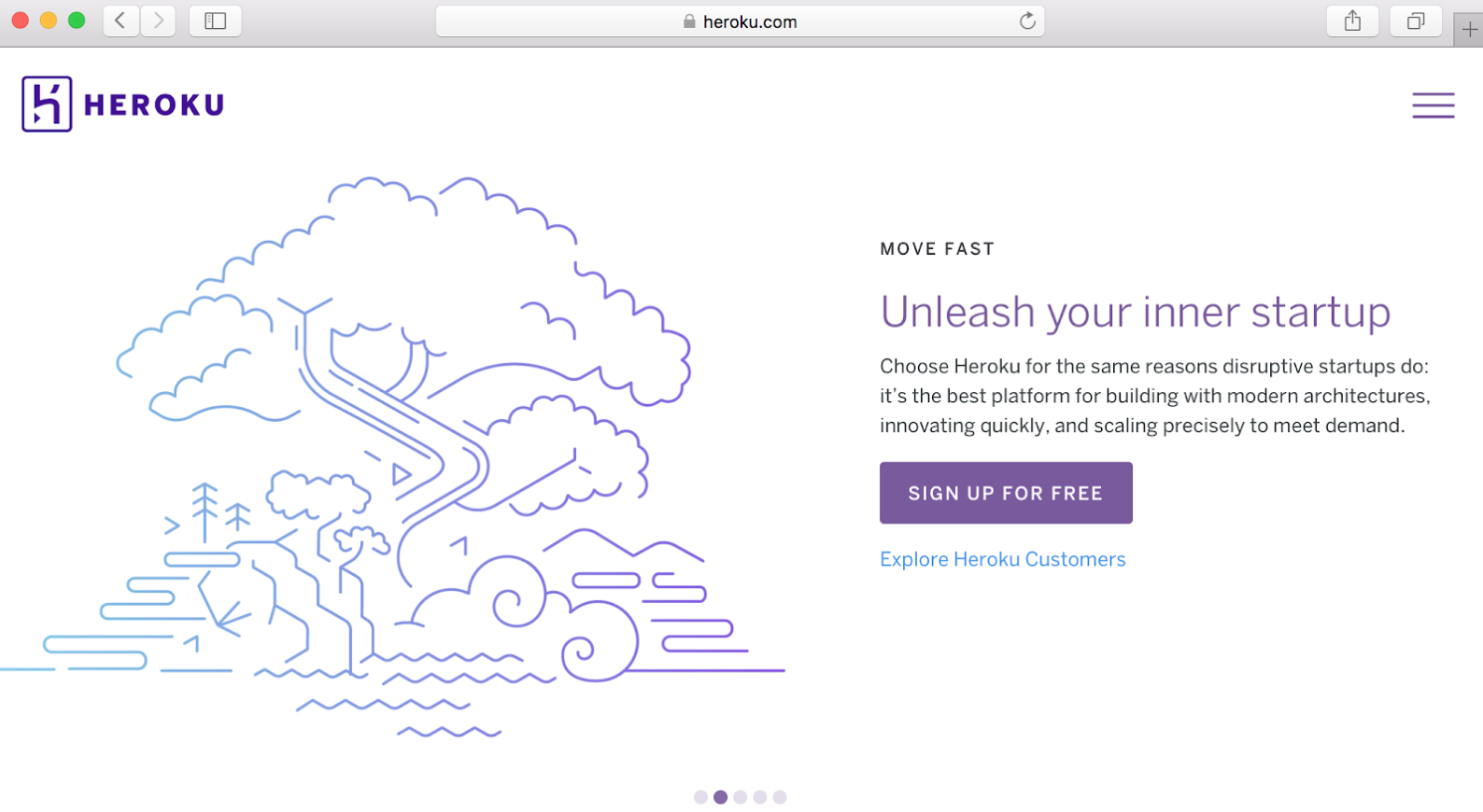 Heroku is the place to build apps, as well as, an upcoming Hacker Noon sponsor :-) Dane and I actually used Heroku to build the failed PaidStory MVP before working together on Hacker Noon. It’s helped so many people get products off the ground (and in our case, go through the necessary failures to get the next product off the ground). Heroku runs a decent portion of the web, and Salesforce acquired them 2010 for $212M (all cash). When I first moved to San Francisco there was no tower Salesforce Tower, and now it defines the city’s skyline. That’s how old I am.  And now at my small company, Salesforce can become a top navigation and brand as author sponsor without me doing anything. I didn’t make the meeting, take the meeting, or execute the contract --- the team did. Utsav did. The business works! As a startup founder, it’s easy to remember the days when it feels like you are the only one who will the milestones into existence, but when you become an established business, the expectation imho becomes that the team wills all the company’s milestones.  Anyways, remember to celebrate the little moments in solidifying your business. Btw, the growth strategy of tech companies buying technology to level up developers productivity across the internet — just works. Excited to hear more about what’s next for Heroku.

Circling Back to The Oldest Industries Remain the Same

If it’s worked for a long time, it’ll probably keep working. Can technology make it work better? That’s the logic behind the lowest risk technology plays. If you can just find the path to a definitive marginal advantage, an entire business can emerge. But then competition follows. The smart incumbents will not outsource the marginal technological advantages to another business. Real estate is maybe the oldest way to make money.  When it comes to the real estate process, I gave the upstarts a chance at my business but the more established players provided better experiences and rates. Tech companies are always saying, we’re disrupting this and we’re disrupting that… but the tried and trued business methods that work will not be uprooted easily. I’m a customer making (somewhat) rational decisions based on time and money, much like everyone else. Competition is good, it pushes companies to improve. Banks will get better UX like Better.com. Startups will get better trained staff like Banks. SmartRecruiters will acquire market share by spending more money. Or die. Or get bought for hundreds of millions (or billions) in cash. Or just keep doing what they’re doing, but a little more efficiently each day. Competition is good, it gives the customer choice. For most new companies, the market’s inertia causes failure. But it’s great for the customer to have big and small companies alike competing for your business. 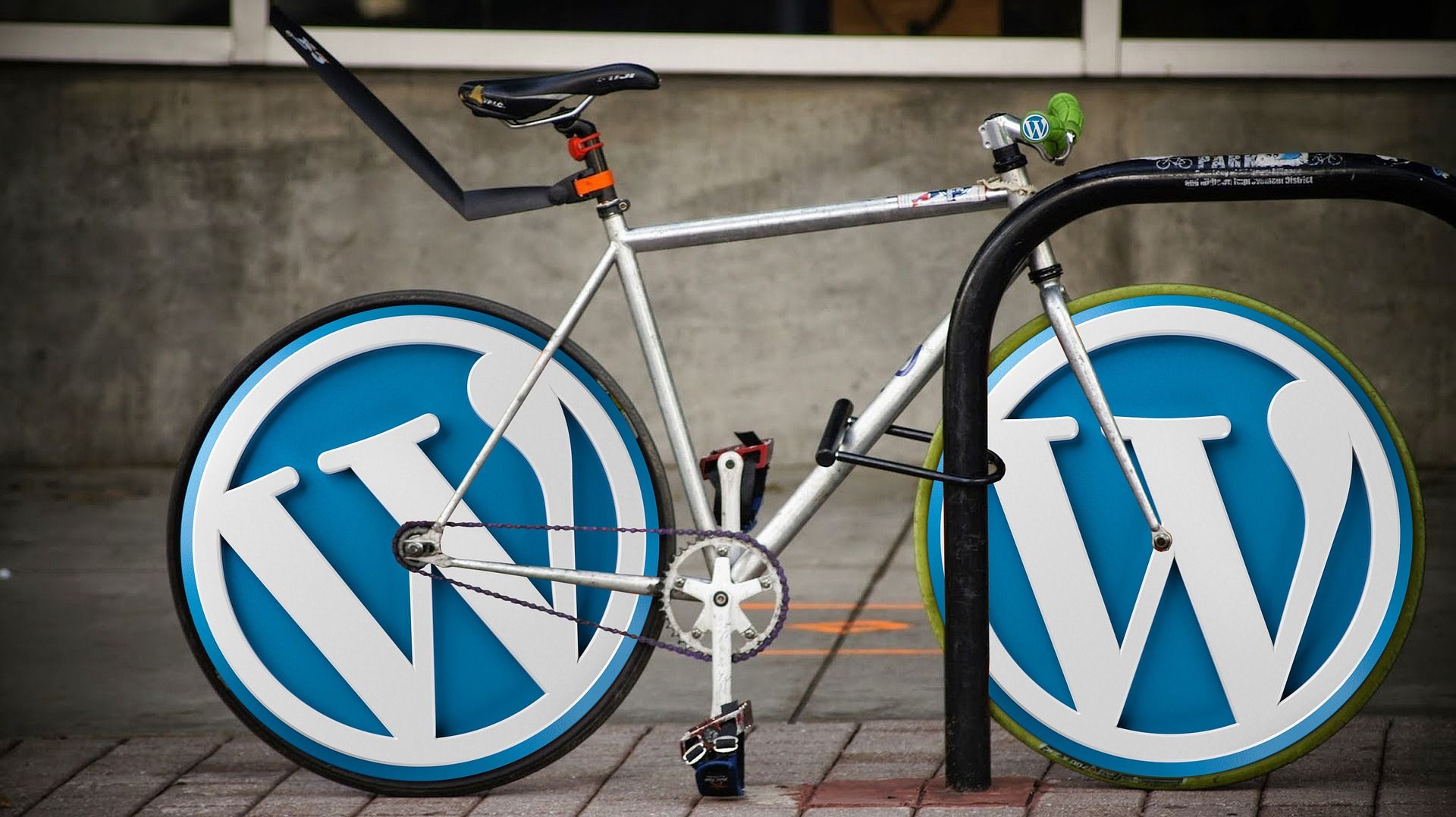