The Crackdown on Cryptocurrency Advertising 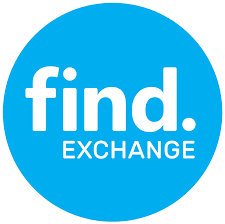 It’s no secret that cryptocurrencies have become a significant talking point for people across the globe. 2016 saw a boom in the value of cryptocurrencies across the board, and the creation of hundreds of new Initial Coin Offerings (ICOs). An ICO is a cryptocurrency created by a company intending to use the unregulated tokens as a payment method for the product or service they’re supplying. Unsurprisingly, ICOs have tied in perfectly with the already booming start up culture. A total of over $6bn was raised by around 881 startups in 2017. In the first 2 months of 2018 alone, $2,840,447,125 has been raised by companies through the release of ICOs [1]. It’s no wonder, therefore, that start ups are releasing ICOs right left and centre.

The boom in cryptocurrencies has been so convincing that Twitter CEO, Jack Dorsey believes that bitcoin will become the single global currency within the next decade [2]. This made it a bit surprising that Twitter went on to ban the advertising of ICOs on their platform; and they’re not the only ones. Google and Facebook are among the household names which also banned the advertising of ICOs. So, with so much money being made through Initial Coin Offerings, why are online platforms implementing bans?

Well, according to Google and Facebook, the main concern is the potential for fraud; and when dealing with unregulated, decentralised currencies, this is an unfortunate but inevitable reality. However, while fraud is a justified concern, there is a more integral problem with the ICO boom. Useless Ethereum Token (UET), an ICO launched in late 2017, exemplifies this perfectly. The company advertised their token as the “first 100% honest Ethereum ICO”, highlighting that investing in ICOs has essentially become giving “some random person on the internet money” which, rather than being used to grow the company, will be used to “buy stuff with…Maybe even a big-screen television” [3]. The company sold 3,965,719 tokens, generating over $300,000 [4]. This highlights a significant problem in the ICO industry.

It seems any individual can produce a vague business plan involving the use of cryptos, or no business plan in the case of UET, advertise the ICO online, and generate hundreds of thousands in a matter of weeks. ICO’s have become a business in themselves, generating investment from all corners of the globe, regardless of how viable their business plan is. It’s no surprise that companies have been releasing ICOs, only to take the money raised and run.

At this stage you may be wondering, ‘who are these aspiring Warren Buffett’s, chucking money at ever ICO they come across. And why should online platforms care if they fall for these adverts?’. Well, they may not be as careless as you think. The cryptocurrency market operates like none other. While in most markets, consumers are attracted to products and services which provide clear value. In the cryptocurrency market, speculation is king. This means that companies don’t necessarily need to have a good business plan, or any real world application for their ICO, they just have to generate attention and exposure. In the cryptocurrency community, investors are often driven by Fear Of Missing Out or FOMO. If an ICO gets attention, the value of it’s tokens will be expected to increase. The value of Useless Ethereum Token, for example, went from being worth $0.02 on the 27th of January, to $0.25 just three days later [5]. While this isn’t exactly a bitcoin boom, it’s worth bearing in mind that this token was advertised as having no purpose other than to generate profit for the founder.

So, while the people investing in these ICOs may seem to be wasting their money, they do actually have a good opportunity to generate profit. The ban on advertising ICOs is going to make it much harder for companies to generate attention and exposure for their tokens; but what about the companies that have real world applications for their cryptocurrency? While the ban on advertising will help prevent fraud, and make it more difficult for people to generate profits under the guise of a business model, it will also create challenges for companies with real world applications for their tokens. While many ICOs are launched without a realistic business model, there are companies who have found lucrative applications for cryptocurrency. With so many people sceptical as to whether cryptocurrencies will be obsolete, or become the main form of payment in the near future, a ban on advertising takes the cryptocurrency market a step further away from being legitimised in the eyes of the masses. If the future of cryptocurrencies was unclear before, it is now completely unpredictable. Time will tell.