The Blockchain Marvel vs DC, Bakkt vs Goldman Sachs & Apple 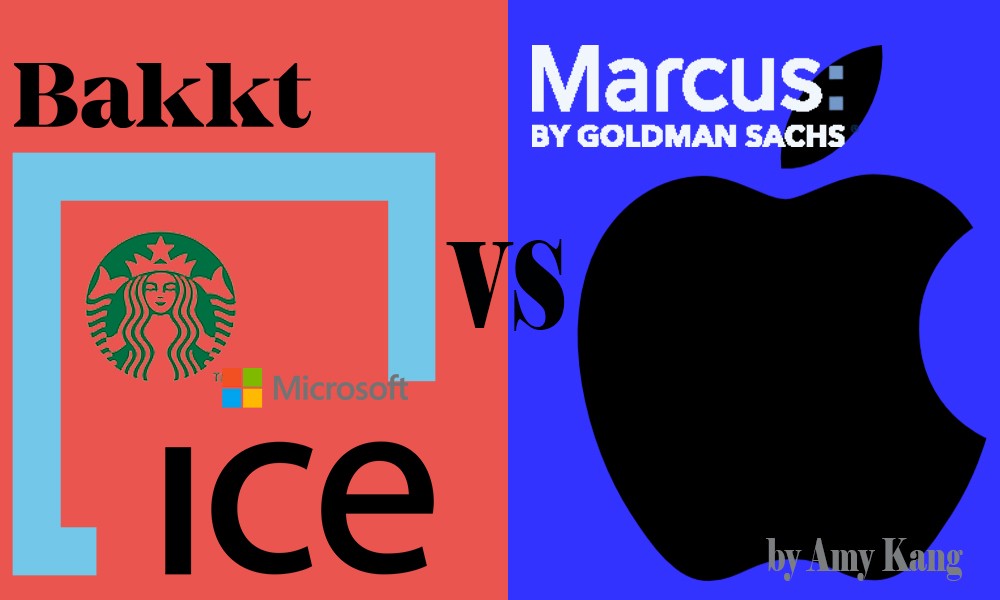 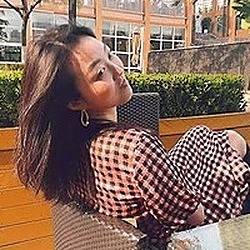 Many experts in the blockchain and crypto space agree that the two most important developments at the end of 2018 were mass adoption of blockchain technology and the involvement of financial institutions.

This continues to be the case as we finish up the first quarter of 2019.

ICE, the parent company of the NYSE (New York Stock Exchange), declared last year that it would open a blockchain and crypto financial platform for institutions called “Bakkt”, and targeted launch on December 12th. The Bakkt launch has subsequently been postponed due to the long term bear market that has been going on since early 2018.

In the meantime, Bakkt has secured partnerships with Starbucks and Microsoft in August of last year. These partnerships aroused excitement among the crypto community, with many waiting eagerly for Bakkt’s official launch in 2019.

(According to a recent interview with the COO of Bakkt, progress is being made, but a new launch date has not been determined.)

Goldman Sachs, one of the financial institutions mentioned earlier, initially stated that they would push Bakkt to offer Bitcoin futures trading to its customers and clients.

However, in October 2018, Goldman Sachs changed their tone.

Goldman Sachs has decided not to work with Bakkt. Instead, they invested in BitGo, a major Bitcoin custody service company. The scale of the investment was shocking, with BitGo raising USD 70 million in investment.

Goldman Sachs continues to dip its toes in blockchain and crypto.

On March 26, 2019, CNBC reported that Goldman Sachs would officially cooperate with Apple to launch a brand new “fee less” credit card that will be available globally. The actual deal will be between Marcus, a retail bank brand that Goldman Sachs opened in 2016, and Apple.

On February 20, 2019, Goldman Sachs released videos titled “The Retail Renaissance” and “The Future of the Bank”, which shows the direction that the company is heading in 2019 and beyond.

What is Goldman Sachs building towards now and in the future?

The answer is clear; retail and crypto.

Let’s take a look at what Apple CEO Tim Cook has commented on when he announced a new Apple credit card through a collaboration with Goldman Sachs.

“Apple Card is designed to make sure you’re the only one who can use it.

Doesn’t it sound familiar to you?

We’ve already heard this claim from multiple blockchains and crypto projects from all around the world; a payment method that is easy to use, and secured by an ID system that only the authorized user can access, “Exclusive for only one user (the user who owns the card) to use it, and can only be activated through the inquiry of the user’s identity, and only one owner can access to the card number and all the information.”

I would not go as far as to say that Apple is looking at integrating blockchain technology for the Apple Card, but it seems like blockchain and crypto will inevitably be in their future.

Goldman Sachs and Apple are in a good fit.

Apple sells more than 200 million products each year and has a very loyal and solid customer base.

With Apple, Goldman Sachs can bring a solid and promising user base to its new retail bank, this is indeed a very attractive deal for Goldman Sachs.

Goldman Sachs has invested in and actively engaged in research on the crypto and blockchain industry since 2015.

The fact that Goldman Sachs has a massive amount of research data on blockchain and crypto is no doubt, very attractive to Apple and can lead them to the world of mobile crypto banks, crypto credit cards, and other blockchain based financial services where I think they are heading to.

(In 2015, Goldman Sachs poured $ 500 billion into Circle, sparking off an investment race in other institutional crypto projects such as BitGo, Veem, etc.)

One of Apple’s key competitor, Samsung has already built its own blockchain service called “NEXT” and has recently installed Crypto Wallet called Coinduck on its Galaxy series phones, and Xiaomi, another Apple competitor in the mobile space, has already joined the world-renowned blockchain consortium group Hyperledger as they also look for inroads into the blockchain industry.

What has Apple done since those competitors are hustling? Nothing, yet.

As one of Apple’s most promising businesses, Apple Pay has been growing in scale at a rapid pace. Although Mobile payment are now used by more than 20% of the world, even with continued growth, the payment paradigm faces a new threat in the form of blockchain and crypto, where the space is growing so quickly that it is a waste of time to continue developing mobile payment platforms similar to Alipay and Apple Pay.

And mentioned earlier, competitors are already looking at the next “step” and moving very quickly. What Apple needs the most now is a solid database from major Financial Institutions like Goldman Sachs and a strategic relationship with those that have a clear solution.

Apple and Goldman Sachs have thus far, not mentioned anything regarding blockchain when they announced the new credit card. However, from the information and articles that have been published so far, we can infer that Apple and Goldman Sachs are teasing a new solution which will utilize crypto and blockchain technology, This will lead to the “Mass Adoption” that the crypto community has been hoping for.

This Marvel vs DC style competition in the blockchain is what we should pay attention: Team Bakkt vs Team Goldman Sachs/ Apple.

Which “team” will usher in a new era for blockchain and crypto? Who will be the next hero who can lead the industry to “mass adoption”?

I will look forward to the 2nd quarter in 2019 with them.

You can also find the Korean version in here: