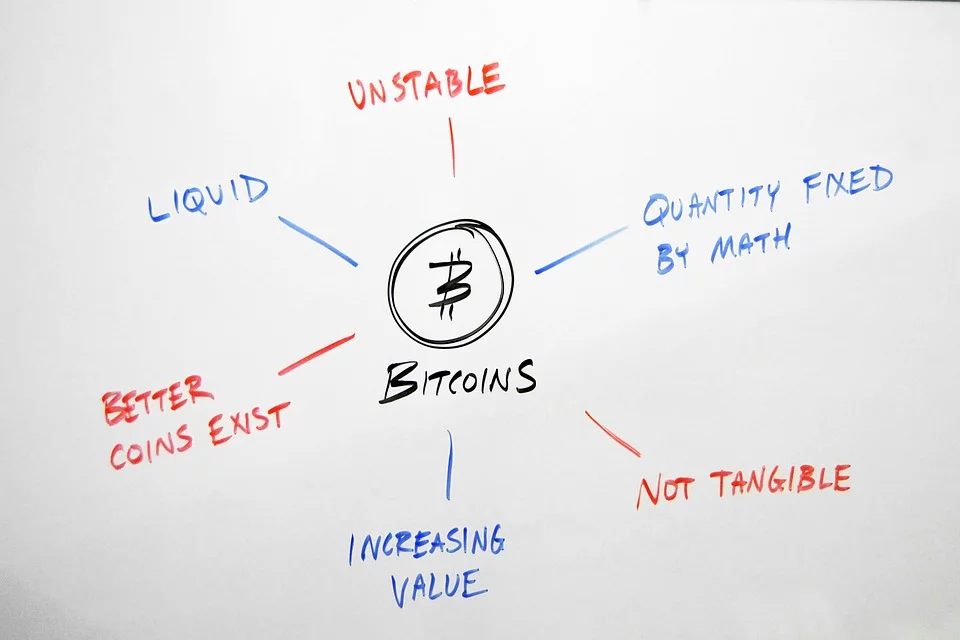 Humanity has come a long way from a barter-era economy to a modern, remotely functioning finances. Along that road, some developments have been positively received like the introduction of banknotes in China, while others were rejected or remained in the shadow.

Whether these inventions have become mainstream or not, one thing is certain for all of them: they have changed the way we interact with money. In 2008, exactly the same thing happened when an individual - or a group - under the alias of Satoshi Nakamoto introduced a whole new way of developing, supplying, and using money.

Nakamoto’s invention is called Bitcoin and it is one of the most popular digital currencies in the world. But back then, almost no one knew what it was. In fact, hardly anyone could tell what the digital currencies were or what their surrogate system - blockchain was all about.

People don’t really know what Bitcoin or blockchain is

One thing to mention here, though, is that despite Bitcoin’s such an immense popularity, it’s still difficult to find people who can explain, or at least understand, the underlying technology that powers this digital currency. One of the main reasons why people know anything about Bitcoin is its famous price surge in 2017 when the exchange rate of one BTC into a US dollar hit the $20,000 mark.

And that is one of the main reasons why the majority of people aren’t ready to implement Bitcoin or other cryptocurrencies into their everyday finances - they don’t know what it offers. They don’t even know what it’s built upon. And it’s a pity that such a potent technology is ignored by the masses.

But the hope might not be all lost. The crypto community and the big companies cooperating with them have come up with an alternative way which can utilize the advantages of cryptocurrencies, as well as correct their mistakes and drawbacks. This new method is called stablecoin. But before we jump into how stablecoins can fix the current problems in the crypto world, let’s see what the cryptos and their problems are first.

Cryptocurrencies were meant to change the finances

Cryptocurrency is a digital version of the money that can be used for financial means - shopping, paying for utilities, ordering things online, etc. It is built inside the blockchain system which has a lot of differences from the conventional monetary system.

First things first, cryptocurrencies aren’t issued by a centralized institution - be it government, corporation, or anything else. It’s not a subject of any monetary policy from anyone. For instance, when Bitcoin was created, the only “hard rule” that was set was that in its existence, only 21 million BTC tokens would be “mined”; beyond that, the rate or speed of supply depended on the market forces of supply and demand.

Independence from the government meant that there would be no politically motivated inflations or other currency manipulations. People would be able to put trust in their digital money and store value in the long term without it being subject to political brawls.

On top of that, blockchain incorporated cryptography for its individual blocks. What this achieved was complete encryption of transactions and a guarantee that no one would be able to monitor or even alter other users’ finances. This, in turn, provided an increased level of security of funds.

Because of these advantages, many industry players began incorporating cryptocurrencies and blockchain into their platforms. For example, many online casinos updated their systems by enabling the use of Bitcoin, as well as other cryptocurrencies, in the gaming process. And there are many similar examples of crypto implementation across the board.

The part where changing the finances doesn’t happen

So far, so good, right? Well, not so much. As more and more people have started using cryptocurrencies, more flaws have started to emerge to the surface. To get back to Bitcoin, that same price surge that contributed to its popularity also made it notorious for storing value on it. That’s because a high volatility rate doesn’t guarantee that the value stored today won’t be decreased tomorrow. In fact, drastic changes can even occur in a couple of hours.

But high volatility wasn’t cryptocurrencies’ only drawback. Several cases of expensive cyber-attacks with millions of stolen funds have led people to doubt the high level of security the crypto-creators were bragging about.

And when the governments entered the field, they also found their fair share of crypto flaws: because blockchain is totally anonymous, it created a perfect platform for money laundering and terrorist funding threats.

So, while the crypto “founding fathers” were overly enthusiastic about their product, and some market players have jumped at the opportunity, the rest of the world didn’t exactly get the same impression of this technology. The world saw through the facade of high security, reliability, and anonymity claims.

The new product was called stablecoin. Stablecoins inherited some of the biggest advantages of cryptocurrencies: the ability to perform cross-border transactions without the restrictions or additional commissions that are so rampant in the current banking system. Not only that, but the transaction speeds also remained incredibly high, leveraging the lightning-fast internet speeds instead of conventional banking connections where some transactions took days to complete.

But probably more importantly, stablecoins created the opportunity to store value in a long term period without losing it due to volatility. In fact, it was the main reason why stablecoins were created, even the name implies that: a digital coin that is stable - unlike other cryptocurrencies.

On top of that, stablecoins could also be tethered to a basket of securities. For example, a single token could, in theory, be a product of a combination of currencies, stocks, and commodities. The price of such currency would be dependent on the individual prices of all of these assets, therefore, it would take complete destruction of the world economy for it to become extremely volatile.

One of the most popular stablecoin examples is Facebook’s Libra - an initiative announced in mid-2019 by the company. Libra, which is still a long way from becoming a reality, will be tied to the US dollar, euro, pound sterling, Japanese yen, and Singapore dollar. That means four governments and one supranational body will have a say in Libra’s price.

According to Facebook’s Mark Zuckerberg, the new stablecoin will change billions of people’s lives: as of today, almost 2.6 billion people are underbanked. They cannot get their hands on online retail, credits and loans, not to mention international transactions.

Thanks to Facebook’s worldwide reach and a wide customer base, it will have a much higher chance of penetrating those underbanked areas. People living there won’t be required to go to a bank or fill any documents - just their smartphone, an ID, and an internet connection will suffice. And with Libra, they’ll be able to do everything the rest of us already do with our e-wallets - and even more at that.

Now, because stablecoins like Libra, as well as USD Tether and others, are linked to the conventional securities and thus, embedded in the current economic system, the governments also put reinvigorated interest in them. But this time, they didn’t oppose it; instead, they saw future and possibility in stablecoins. According to Christine Lagarde, the president of the European Central Bank, there is a high demand for stablecoins on the market and the EU government has to be ready for it.

But beyond this enhanced reliability, a government has seen the possibility of stabilizing, as well as increasing the tax flow into its coffers. In the traditional tax collection system, just a small fraction of cash transactions are properly taxed - that is, only 14% of the taxed money goes to the state revenues.

That’s because monitoring mechanisms aren’t sophisticated enough to track every payment occurring on the market. But with stablecoins, the situation is changing for the better. Since the currency is embedded in the blockchain, the transactions made with it are to be safely stored there without anyone covering or amending it. This way, the government will be able to better monitor transactions and receive taxes automatically.

And there’s already a real-world example proving this exact point. The California state government has recently announced that it would allow tax collection in cryptocurrencies. And since everyday expenses are more likely to occur in stablecoins (because of their stability), this legislation is somewhat directly pointed at them.

The news of this legislation came one of the Berkeley City officials, Ben Bartlett, purchased cannabis - a totally legal substance in California - using his Bitcoin Cash (BCH) and Universal Dollar (UPUSD) stablecoins. This transaction had three benefactors: the city official who received his fair share or cannabis, the merchant who received digital tokens, and the city coffer that received the digital tax remittance.

Now, the case of purchasing cannabis using stablecoins is important because the state of California is facing a rapid surge in cannabis sales in 2020. Analysts predict some $3.1 billion in sales, which is expected to be even higher on the black market. And incorporating stablecoins in this lucrative business - where before that there were the old-school paper cash purchases - is going to be an attractive source of revenue for the state as well.

No ATMs, cash-crime, or hidden taxes

But the cannabis market is just one example. There are many businesses and industries that still haven’t caught up with modern online retail. They’re still using cash for regular transactions which subjects them to high costs (ATM machines demand withdrawal commissions after all), not to mention high crime rates.

The introduction of stablecoins gets rid of the majority of setbacks that the conventional cash payments are so notorious for. First off, stablecoins remove the need to visit ATM machines and withdraw commission-studded cash which, obviously, isn’t something anyone enjoys.

Not only that, since the currency is completely digital and protected with a cryptographic algorithm, it’s much more difficult to steal than the actual cash. And, again, the government is also getting its fair share of benefits by receiving taxes automatically. This way, the state will be able to offer more public projects, as well as have more accurate budget forecasts.

A beacon of hope

The boom of cryptocurrencies proved to be short-lived. At first, tech geeks and crypto enthusiasts were optimistic about the technology’s ability to change the future of finances. And while it clearly had some distinguishable benefits, its disadvantages turned out to be more prominent, ultimately freezing cryptocurrencies in their current limbo.

But as the current developments suggest, the blockchain technology isn’t necessarily doomed after all. The emergence of stablecoins - a more toned-down version of cryptocurrencies - marked the turning point in the process of mass blockchain adoption.

Instead of supply-demand-driven Bitcoin, Ethereum, and other cryptocurrencies, stablecoins are tethered to the conventional currencies or other securities. In the case of Facebook’s Libra, for example, the stablecoin is connected to a basket of five different currencies - the US dollar, euro, pound sterling, Japanese yen, and Singapore dollar.

Stablecoins became popular not only among ordinary users and private companies but the governments as well. We took a look at the state of California which just recently announced the use of stablecoins to receive taxes. We also examined the case where one of the Californian politicians purchased cannabis with stablecoins and directly transferred tax remittances to the state coffers.

So, it seems blockchain might finally be able to hit mainstream finances after more than a decade-long struggle. And all that thanks to stablecoins.