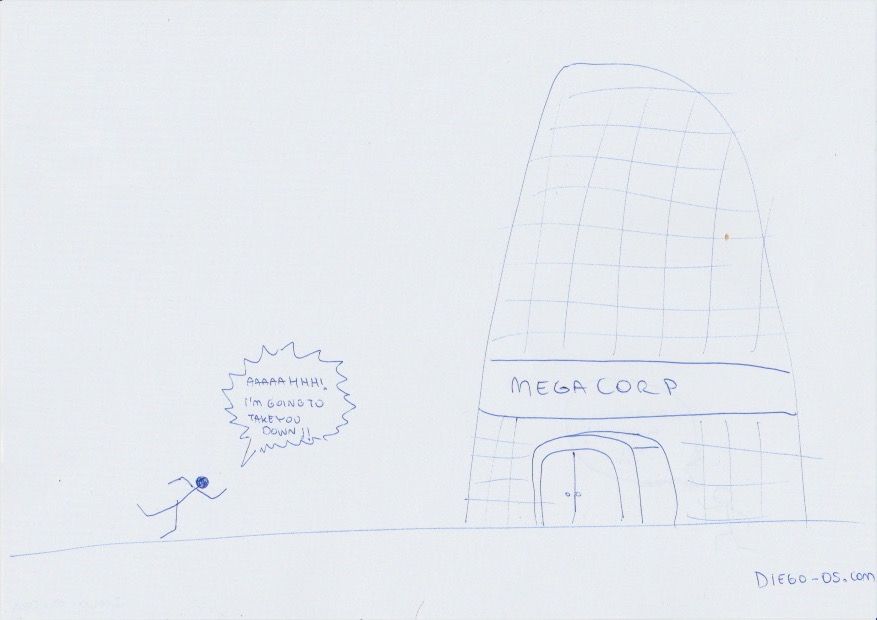 Co-founder of nutriadmin.com, a bootstrapped SaaS app. I also write at diego-os.com. Full-time entrepreneur since 2015

Our main competitor is Microsoft, but we are very smart, so I’m sure our product will win. Famous last words.

Are you starting a business? Have you chosen a market? Do you know who your competitors are?

When we started our first business in 2014 our main competitor was a company making £268 MILLION a year. By comparison, we were two youngsters making just enough to survive.

It didn’t work out.

If you want to start a software business one day, or have an idea for a product, I dare say you should check your market before investing any resources on development.

If the market you want to target is too competitive and dominated by larger companies, your chances of success drop dramatically… with some
notable exceptions. Read on to find out more.

This article is part of a series on common startup pitfalls. You can also check this one about keeping your ideas secret for more related content.

Have you ever been the best at something? Or maybe known someone who was?

If you are a human, hopefully you have been to school. When we are kids we are surrounded by other kids our age and may compete for top grades (or for popularity, edginess, or anything else of value).

Could you tell who was the smartest kid in your class? Or maybe who was the best at football, or who cracked the best jokes. Maybe it was you.

By definition, only one person can technically be the best at something. That’s the definition of “best” (excluding ties).

Let’s pick the kid that gets the best grades (not necessarily the smartest) from a random 20 pupil classroom and conduct a thought experiment. We will call this hypothetical kid Mary.

Mary gets the top grades in her class. Her parents are happy. Her teachers are happy. Mary is happy.

Mary grows up and graduates at the top of her high school. She is admitted in a competitive university.

Now things get tougher. If the university has a good reputation, it will probably attract plenty of other smart kids from the region. Maybe even the whole country, or even international students.

It’s easy to have 100 motivated students in the same class in university. So it’s more peers than at school, and, on average, more competitive people.

Let’s assume Mary is exceptional. She works really hard and is still at the top of her class in university. This is remarkable, and much harder than excelling at her school, because competition has increased significantly.

Now, let’s look ahead and imagine Mary graduates at the top of her year and finds a job in a highly-desirable company. She’s around 21 or 22. Imagine her company has 100,000 employees, a big corporation.

Now competition increases yet again, and dramatically. Not only there are far more people to compete with if Mary wants to be the best. Many of them are much older than Mary, with far more experience.

It’s unreasonable to think that Mary – a fresh graduate – has a chance now of being the best at a new company. Maybe if she works very hard, she can get there in a few years, but she won’t be the best at the start.

Several things have changed with regards to school. Firstly, there are no grades anymore, it’s harder to semi-objectively compare performance.

Secondly, Mary has, so far, been graded against people roughly here age, studying roughly the same subjects. Now there are managers, senior
employees, and other departments. It’s not uniform at all.

Mary could still outperform other graduates at a similar seniority level, but it would be unwise to just try to compete directly with the CEO of the company. Not unless gaining much more experience over the years at least.

Now imagine Mary works hard, gets promoted, excels at her job, but
eventually quits after a few years to start a software product company.

Now is when competition can be at its maximum.

Depending on the market Mary chooses, her competition can be huge corporations with decades of experience. She has almost no hope to beat them… Unless…

Let’s imagine Mary thinks she is very smart and she can beat Microsoft at their game.

Unfortunately, being smart is not enough when competing with other software products.

If Mary wants to create a new office suite, she would have to compete directly with Microsoft Office. One person cannot make a better product than Office if trying to address the exact same market. The probability of success is almost zero.

What would be much smarter would be to target a sub-niche of the Office market. Let’s say, creating Word, but for academic researchers, NotaBene has succeeded in this regard, for example.

By significantly reducing the size of the market, the competition drops dramatically. It’s easier to succeed when there are fewer players, and when the average strength of the players is reduced.

Maybe Mary could then expand horizontally, satisfy ever increasing segments, grow her company, and eventually compete with Office. But addressing such a huge market from day one on your own is lunacy.

Let’s not forget that even Bill Gates started with small software projects in his school, then worked on MS-DOS, and eventually, Office, Windows, etc. It took many years and the efforts of plenty of people, not just him.

Not only you compete with tougher opponents in software. You are also competing with the world. Instead of 20 students in a class, there are people all over the globe that may be launching similar products to yours.

Some of these competitors have more money, experience, access to
talent, existing clients, and other advantages. Some of them may be
massive corporations.

When you compete with a massive company, you are going against their
large advertising budgets, established client relationships, higher
capacity, etc. This only works if you can beat them at at lest one key
factor.

How to be the best – cheat!

Cheating? Well, sort of. If you reduce your market, your chances of being the best increase. We get closer in our model to the small classroom, rather than the whole internet as competitiors.

For example, maybe your software is much better for a small segment of the users like with NotaBene, or maybe you have a hard to replicate
feature that sets your product apart.

If you choose a small enough market, that is still big enough for you, it will be much easier to be the best at it.

Just make sure the market is big enough to support you. If it’s too obscure and small then this won’t work either.

Our existing SaaS app provides software for nutritionists. It’s much easier to be amongst the best in this space versus a massive category, like social media, where you compete with Facebook.

There are many “categories” of things you can “be the best at”, so you can almost always excel at something if you choose appropriately.

Back to our previous example, imagine there are 20 kids in the class, well, even if they are all geniuses, if, say, nobody plays Chess, you can play it and be “the best” in your class by definition.

You may think this is cheating, since you are not competing with anyone technically. I disagree, I think sometimes it pays to choose where to compete to improve the chances of wining. Especially in business.

Well, using the fairly reasonable assumption that everybody likes pizza then probably a pizza place would do better than another burger place.
Unless there is a specific reason why burger demand is so high.

You could make more money with less effort with your pizza place in the above example. Obviously this is an oversimplification, but the idea is that effort does not always correlate with reward in business.

When is it OK to compete with giants

There are a few stories of a small underdog defeating a much larger competitor. Think Google beating Yahoo at their game back in the day, or Microsoft outmaneuvering IBM.

When this happens, it often makes a great story and commands publicity, so I’m sure you have heard of these stories.

This just demonstrates that it is not impossible for an upstart to disrupt an established industry and win, but this is the exception, not the rule.

I haven’t defeated a much larger competitor yet, so I cannot advise on how to identify this situation if you are in this position from my own experience.

What I can say is that it can work when you are able to do something the larger competitor is unable to do. There should be some defense mechanism to your idea so that it’s not copied by the larger company.

Another option would be for you to move so fast that nobody else can keep up. This has happened a few times with some startups.

The above said, the chances of success are smaller. Plenty of upstarts have crashed trying to overtake giants. Make sure you are one of the geniuses with a unique insight everyone is missing, and not just delusional.

Hope you enjoyed reading this article. Feel free to subscribe to my newsletter if you want to be notified when I publish more articles.

Should You Ride the Hype-Train to Launch your Startup Faster? 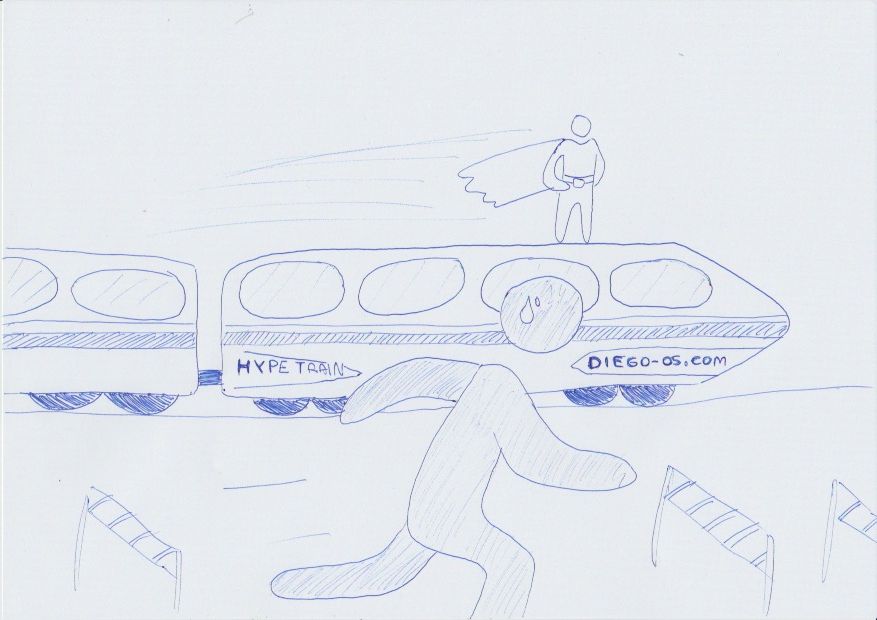 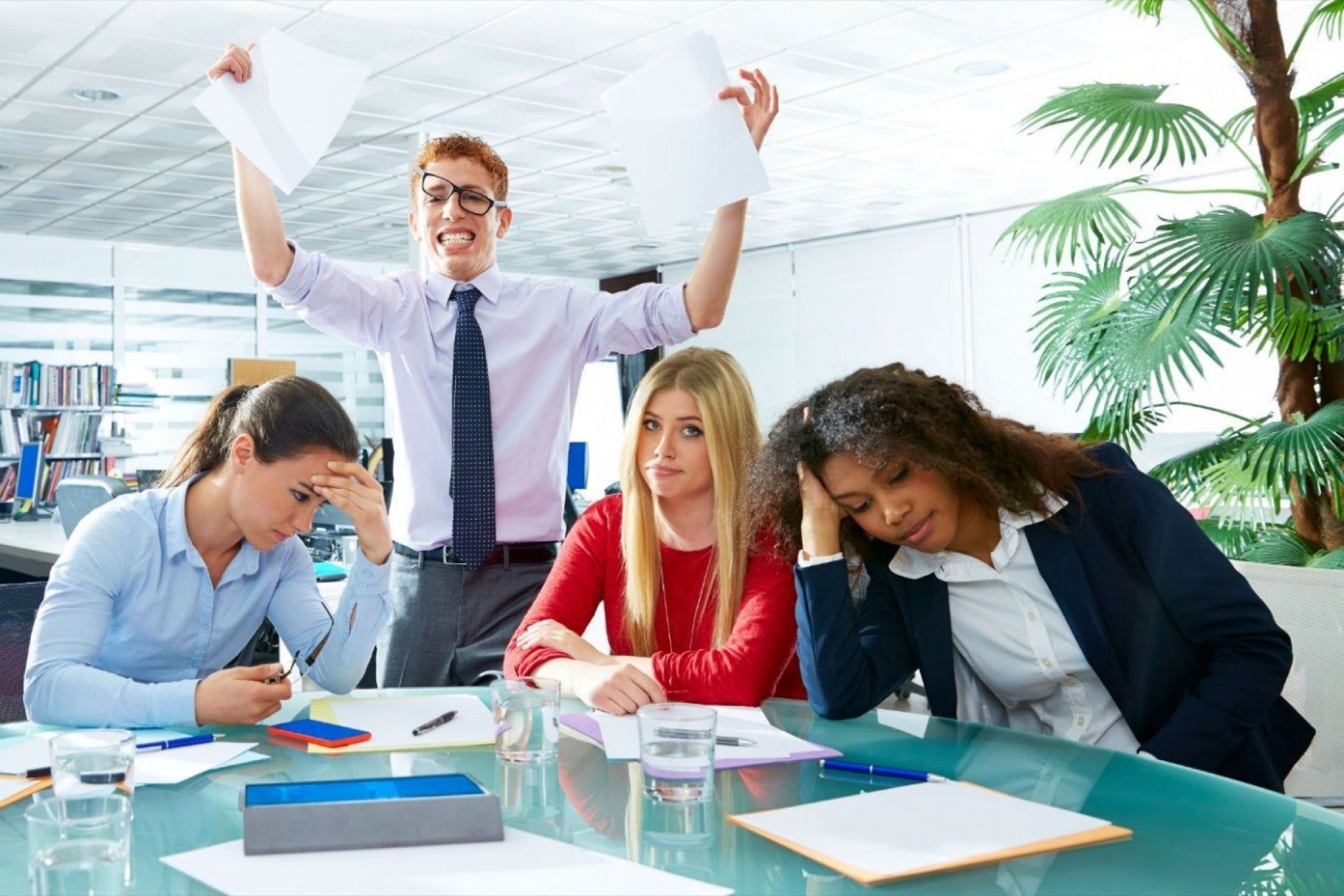