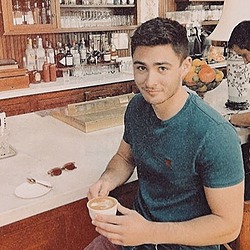 Photo by Fernando Hernandez on Unsplash
PSYCH 223 is an infamous class at the University of Michigan. Every entrepreneurship major and minor is required to pass it.
Over the course of a semester, you work together with a team of four people to build a product, and then pitch it in front of 600 students.
If you win the class vote, you get invited to pitch to venture capitalists in Detroit.

Using a drag and drop app building tool called Thunkable, we were able to build an awesome product and win the competition without a single line of code.

But what happened during the VC meeting really blew my mind.
Let’s back up for a bit.

Going into this challenge, I was skeptical of a win. Why?
While our team was comprised of brilliant designers, business people, and academics, we had a glaring problem.
I was the only programmer — which put us at a huge technical disadvantage.
Most winning teams usually have 3+ computer scientists. Right from the get-go this problem made me nervous about our ability to compete with top teams.
Furthermore, our non-technical team was focused on customer discovery, so we spent the majority of our time running surveys and beta tests during the semester. The more tests we ran, the more features we were eager to try, and the more we wanted to pivot.

Testing so many different features in Swift and Java would have been impossible for a solo developer. Pivoting is always costly. As veteran entrepreneurs know, reprogramming an app is expensive and error prone. That’s why drag and drop programs were my crutch.

While our competitors found it extremely difficult to change direction with traditional coding, we were able to test features in hours and immediately pivot. Even if we wanted to add more complicated features like push notifications, all it took was 30 seconds to drop a few blocks and add our messages.

Often, I hear criticism that drag and drop tools lack customization and certain functionality. I.e. it’s hard for the developers to design an app exactly how they would like. There may be some truth to this, but overall I never felt constrained or blocked by using a drag and drop tool. Thunkable is extremely feature-complete. Practically everything that I could ever need was supported.
More importantly we needed to program this app quickly and be agile. Drag and drop tools exemplify these traits fully.

For instance, what really saved a lot of time was that the app we built on Thunkable was downloadable on both Android and iOS, so we didn’t have to develop two apps at once.

This was critical for developing an MVP in time.
Another big benefit of using a drag and drop tool was that we were able to get non-programmers in on the action. If my hands were tied on a project, my non-developer teammates could step in and make edits.
This made everyone a team player and increased our morale.
---
When we presented to the VCs, we were nervous that the no-code approach would be a deal-killer.
But we were surprised to find that they didn’t have a preference for a product built with code or without code.
They were more interested in our user numbers, and if we could demonstrate growth.
Let me say that one more time.
They. Did. Not. Care.
They were actually impressed that we had used a no code app builder.
Furthermore, they told us to reach out again after the product had officially launched.
We ended up not pursuing, mainly because our team had already decided that the project would live and die with the class.
But it got me thinking, what if we had built the project with code. Would we have achieved the same result? 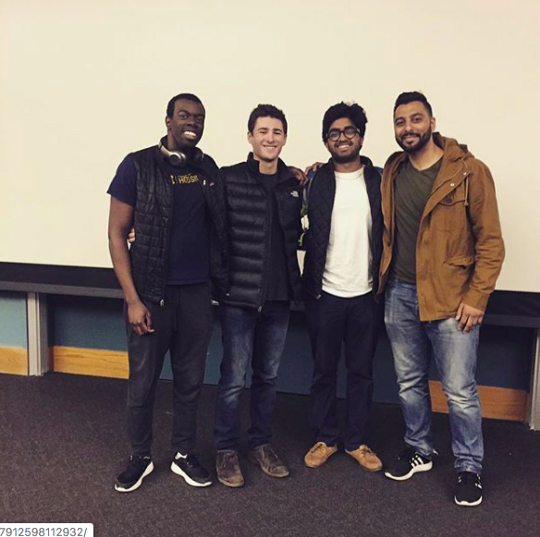 The answer is no.
With only one programmer writing code, it would not have been possible for our team to constantly test features and pivot the product.
Where other teams were locked in by code freezes and had to commit to outdated hypothesis, our team was only a few drag and drop blocks away from new features, designs, and content.

Once the final mobile app was built, we definitely received some criticism. Other computer science majors were bitter that we didn’t program our app “the traditional way.”

But at the end of the day, while our competitors had a very performant and scalable MVP, they couldn’t pivot and didn’t have product market fit.
Our team, however, had a performant and decently scalable MVP that could pivot. It was also more professional and thought-out.
In the end, we were able to eek out a technical victory with less programming talent.
I’m not going to preach that drag and drop tools are a silver bullet for every technical challenge.
They’re not.
There are many instances where one needs to fire up Xcode and get their hands dirty. Especially for more complicated apps.
That being said, I’m amazed by how many technical challenges would be better served by drag and drop programs than by native coding.
As a freelance developer, I often work with clients who want to build a simple mobile app for ~50 people to use a few times a month.
Even though I’m a software developer with three years of experience, I still choose drag and drop tools like Thunkable over native code for some freelance projects. It’s faster, cheaper, and delivers a less buggy-product than if I were to program it.
There’s also times when I use Thunkable to prototype apps. Then I set out to program them in Java and Xcode— much like an artist sketches before painting.
And look, I’m a huge coding geek. I love surfing Hackernoon and dev.to for the latest trendy frameworks that I can try in my applications.
I love to code.

That said, I still recognize that coding can be extremely expensive, time intensive, and buggy.

Knowing when to code and when to use a drag and drop tool is an undervalued skill that can skyrocket your abilities as an entrepreneur, freelance developer or hobbyist.

Cheers and good luck on your product development. Let me know what you think about drag and drop tools in the comments below!