The Evolution of VR Technologies in the Art Market: from the Victorian Era to the Present Day 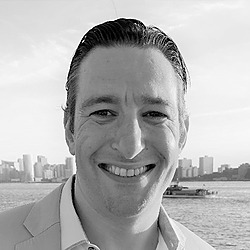 Engagement Manager at DataArt with 20+ years of experience in the IT industry.

Virtual Reality (VR) technologies have been around for longer than many of us might think. The pioneers of VR technologies can be traced back as far as the Victorian era. In recent times, VR advocates most often cite gaming as the sector they believe is most applicable to these exciting technologies and the sector they expect to attract the most VR-related investment, according to the Perkins Cole Augmented and Virtual Reality survey results for both 2018 and 2019.
The Victorian-era pioneers of VR technologies were concerned with a very different problem, however. As Tom Standage and Seth Stevenson describe in their excellent podcast on the topic, ‘VR or It Didn’t Happen’, their aspiration was to replicate great works of art and to display copies of them in every European city so that ordinary working people, who might otherwise never encounter the originals, would have an alternative, viable way to see them. In essence, the goal of the early Victorian form of VR was to democratize access to the world’s great cultural treasures so that everyone might get to experience and appreciate these visual wonders for themselves. This aspiration is no less important today than it was then.
Standage and Stevenson go on to explain that a foremost proponent of this idea was Henry Cole, the first director of the Victoria & Albert Museum in London, who in the 1860s proposed making copies of the great sculptures and monuments of Europe using plaster casting technology and sharing those copies among various art institutions across Europe. This would allow people to see all the great works of Europe from their very own capital city, rather than having to tour multiple European capitals to see them all, which for most working people in the mid- to late-nineteenth century was neither practical nor affordable.
Today, we are witnessing a renewed interest in the use of modern VR technologies to achieve a similar objective in the art market: to bring great works of art to people no matter where they might be, in a fast, convenient, and interactive fashion. In the broader sense, it is hard to overstate the incredible potential of modern VR technologies, which with respect to the Arts, could be truly transformative.
The Bold Ambitions of VR and AR for the Art Industry

Facebook CTO Mike Schroepfer at the 2018 Code Conference likened modern VR technology to a teleporter, having already noted at a 2015 press event that “Facebook wants to build a device that allows you to be anywhere you want, with anyone, regardless of geographic boundaries.”
These bold ambitions are beginning to bear real fruit for the Art industry. Last year the European media company Sky launched a VR app that pairs with a VR headset and controller to transport users from the comfort of their own home to hidden parts of London’s Natural History Museum that are usually closed to the public, and lets them interact with rare specimens, including a blue whale and a stegosaurus. Similarly, the Louvre plans to open its first VR exhibit this fall to allow global audiences (at least those owning a VR headset and with a digital subscription service) to “access the Mona Lisa in virtual space, seeing the work in detail from anywhere in the world” according to VIVE Arts director Victoria Chang. Participants will have an opportunity to walk around the famous painting, step behind its protective glass, view it from any angle they wish and get close enough to the painting to inspect its canvass. This is arguably a richer and more engaging experience than one would get from an actual museum visit because the virtual experience promises to reveal details of the masterwork that are hidden from the naked eye.

Sky released a VR App in collaboration with David Attenborough that lets users explore the hidden parts of London’s Natural History Museum. Source: Sky
The possibilities of using modern VR technologies to bring original artworks to the masses go beyond works that, fortunately, remain intact and available to us in pristine condition. Strikingly, with the help of VR technologies, we can reconstruct and reconstitute older artworks either damaged or degraded in some way during the course of their lifetimes. VR in this respect may serve the important function of preserving and securing cultural heritage.
A recent case in point is the Mosul project whereby archaeologists created 3D models of missing monuments such as the destroyed Palmyre site and the Chapel of the Laennec hospital in Paris. It thus becomes possible through VR to transport the experience of seeing original works of art not only across space but also time, opening up new worlds for people in the process and preserving virtual versions of great artworks for posterity.

Museums have had companion apps for a while now, but with the help of Augmented Reality technologies, the experience can be pushed to new levels.
Augmented Reality (AR) technologies can enhance the experience inside a museum as well. Museums have had companion apps for a while. These provide information about what you are seeing, and are a step above the older audio-guided tours, but they are not very interactive. AR technologies like Lumin gives museums the ability to display contextual information alongside the artwork by having visitors point devices at certain objects to learn more about them.
One of the most interesting highlights of the Detroit Institute of Arts 2017 Lumin Tour was the option to ‘x-ray’ an ancient mummy, giving users the ability to view both the exterior and interior of the object in front of them. The technology also has motion-tracking, so it can be used for navigation. A user can tell the app using an interactive map where they would like to go, and navigation markers will appear on the floor of the museum to guide them. Providing contextual information about artifacts via AR — visual and audio extras about the piece, the space around it and the object’s creators — helps to capture and convey aspects of that object’s history and cultural heritage that might otherwise be more challenging to impart to visitors on a traditional museum trip.

Detroit Institute of Arts 2017 Lumin Tour gave visitors the ability to see both the exterior and exterior of the object that was in front of them. Source: DIA
The Benefits for Artists and Art Galleries
The benefits of VR technologies to expand public access to great works, to help preserve them and to improve how we experience and engage them are also attractive to artists and art galleries, and several companies now operate in this space. Artrepreneur, an art startup serving both artists and galleries with online business and networking tools, launched its own virtual reality component to provide an immersive viewing experience in the form of a virtual art fair showroom. The service allows online participants to walk through the showroom ‘virtually’ and view works of art for sale as if they were at a real gallery or art fair, amounting to an indispensable marketing and sales tool for participating galleries. VR-All-Art offers a platform that galleries can use as an exhibition planning and archiving tool, to organize virtual exhibitions, and that “will enable people to come into a real gallery without the need to travel to a specific country in order to visit it directly” says CEO and founder Vitomir Jevremovic.
Just as they are no longer bound to a physical space, art exhibits will not need to be bound to platform providers like VR-All-Art either. The Kremer Collection of old-world paintings is now available through their own VR Museum. Surprisingly perhaps, the real-life architect who designed this strictly virtual art museum, Johan van Lierop, said of working in VR, “To design a museum without gravity, plumbing, or code regulations is a dream for every architect.” This statement hints at how removing physical constraints will change the way we think not only of art but also of the spaces in which it is exhibited.
One of the less celebrated (but no less significant) benefits of VR and AR technologies is the prospect of using them to encourage new forms of social interaction, and to stimulate more, not less, social interaction and collaboration with others. A good example of this is the ArtLens Studio at the Cleveland Museum of Art. ArtLens allows their visitors to interact with pieces from the museum on a giant video wall. Users can create their own artwork using their body as a controller, with the option to upload and share it with friends and family on the museum’s Tumblr page. This feature has particular appeal to today’s younger, tech-oriented patrons, who thrive on being able to interact with content and socialize it. When applied in such interactive and innovative ways, VR and AR can help to drive interest in the Arts even further.
We have barely begun to explore the potential of these new technologies and their application to the art industry. Fans of the Victorian form of VR were motivated by a desire to democratize access to the great artworks of Europe and to preserve them, and some today are using modern VR to realize the same aspirations on an even grander scale. Modern VR and AR technologies can also create and capture new, innovative, immersive experiences by transporting us back to the time and place that a certain artwork emerged from for example, or by delivering contextual data that prompts us to look at an object differently or that brings the object to life. The operative word for now at least is potential; for it is far from clear whether the promise of modern VR ends up to be just that, a promise, or does, in fact, culminate in the transformative platform shift that VR adherents believe it to be. Perhaps the best source of hope for the future of VR lies in the fact that a great many companies have overlooked major platform shifts before and are loathe to miss out again.
By Doron Fagelson,
VP Media & Entertainment at DataArt

Assessing the Impact of AI on Fine Art: Threat or Opportunity

Serious Copyright Infringers Face Up to Six Years in Prison Under N... 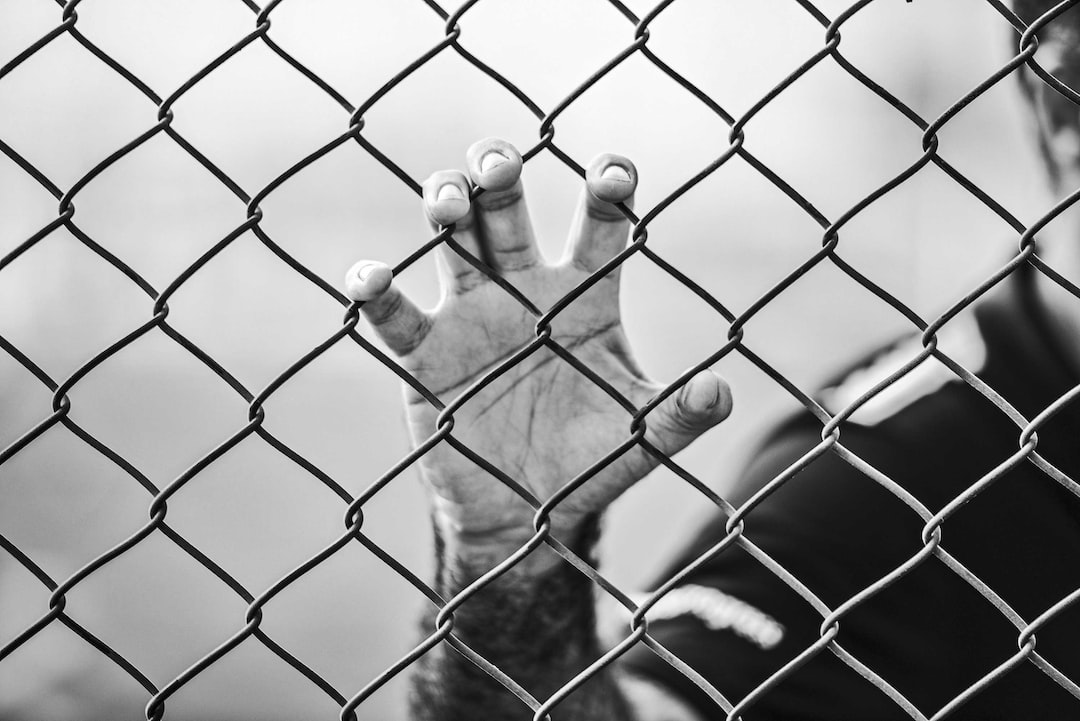