Musk's Open-Source Hyperloop: Players in the Race to Create the First 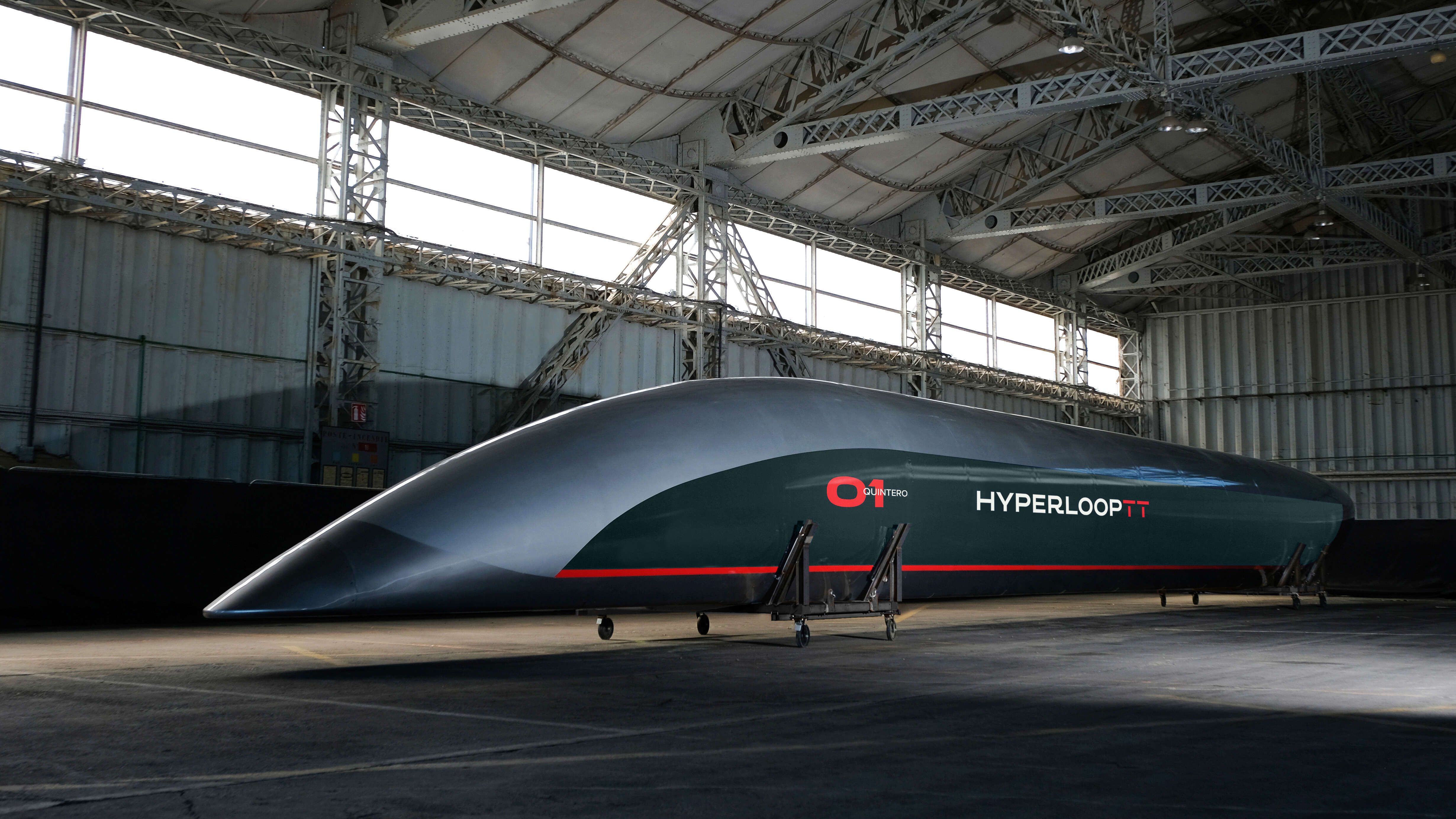 Originally conceived by Elon Musk in 2013, the Hyperloop has been touted as the fastest way to cross the surface of the Earth. Possibly one of the greatest leaps in transportation for generations, the concept promises to slash journey times between cities from several hours to a matter of minutes. On track to revolutionise our world, when can we expect the Hyperloop to become a reality and is it too good to be true?

Here's an episode of The Detechtor Podcast where I discuss the Hyperloop:

The History of Hyperloop

The technology used in the Hyperloop has been around for a while, in fact, the idea of travelling through evacuated tubes dates back more than a century, although the atmospheric railway was never a commercial success.

Musk first mentioned that he was thinking about a concept for a "fifth mode of transport", officially calling it the Hyperloop, in July 2012 at a PandoDaily event in Santa Monica, California.

He envisions the more advanced versions will be able to go at hypersonic speed and likened the Hyperloop to a "cross between a Concorde, a railgun, and an air hockey table".

Until August of the following year, Tesla and SpaceX worked on the conceptual modelling of Hyperloop with an early system design published in the Tesla and SpaceX blogs which describes one potential design, function, pathway, and cost of a hyperloop system.

Since 2015, the yearly Hyperloop Pod Competition sponsored by SpaceX allowed student and non-student teams participate to design and for some, build a subscale prototype transport vehicle in order to demonstrate the technical feasibility of various aspects of the Hyperloop concept. The 2020 competition announced in 2019 was planned for a 10 times longer track of 10 km however because of the virus, Elon Musk announced in July 2020 that the competition will not take place and that the track has not yet been finished.

The players in the race for the first Hyperloop

When Elon Musk introduced his Hyperloop concept in 2012, it was deliberately an open-source project, allowing students, companies and teams around the world to share ideas, technology and innovate together.

Since then, several companies and student teams have made huge leaps towards the Hyperloop becoming a reality, so here are some of the biggest players in the race to building the first Hyperloop system:

- Virgin Hyperloop One, probably one of the biggest companies working on a Hyperloop system was incorporated in 2014 and has built a team of 280 people including engineers, technicians, welders, and machinists. In May 2017, Hyperloop One performed its first full-scale Hyperloop test, becoming the first company in the world to test a full-scale Hyperloop. The system-wide test integrated Hyperloop components including vacuum, propulsion, levitation, sledge, control systems, tube, and structures. Not long after, the company revealed images of its first-generation pod prototype, which will be used at the DevLoop test site in Nevada to test aerodynamics. 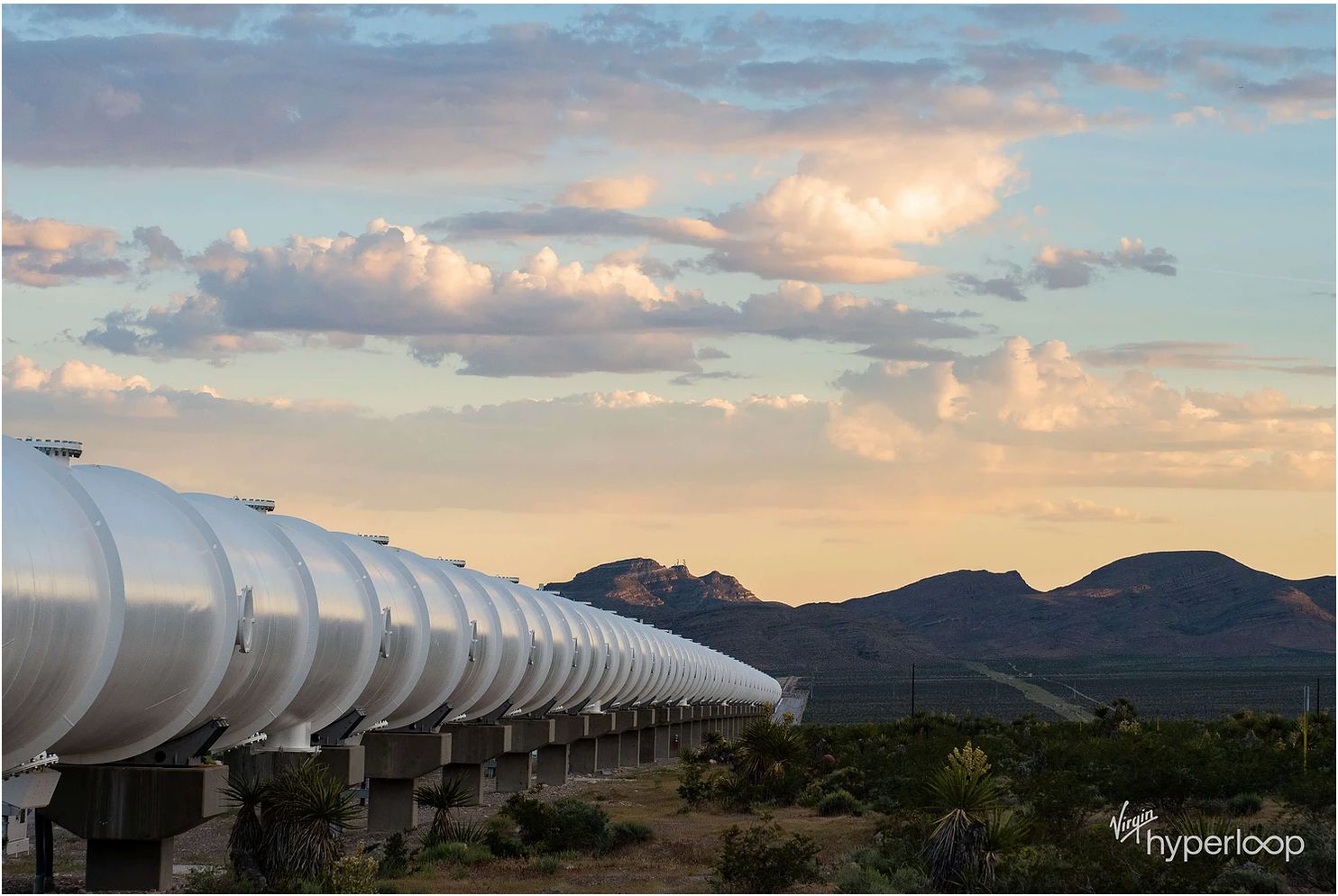 Virgin Hyperloop One is working with several governments and partners to help advance their technology and construction in countries like India, the United States, Belgium and the United Arab Emirates.

- Hyperloop Transportation Technology (HTT) is an American research company formed using a crowd collaboration approach with more than 800 engineers and professionals located around the world. The company is working closely with the United States, United Arab Emirates and France where it is currently building a test track outside the town of Toulouse, uncoincidentally home to the European Multinational Aerospace corporationAirbus. 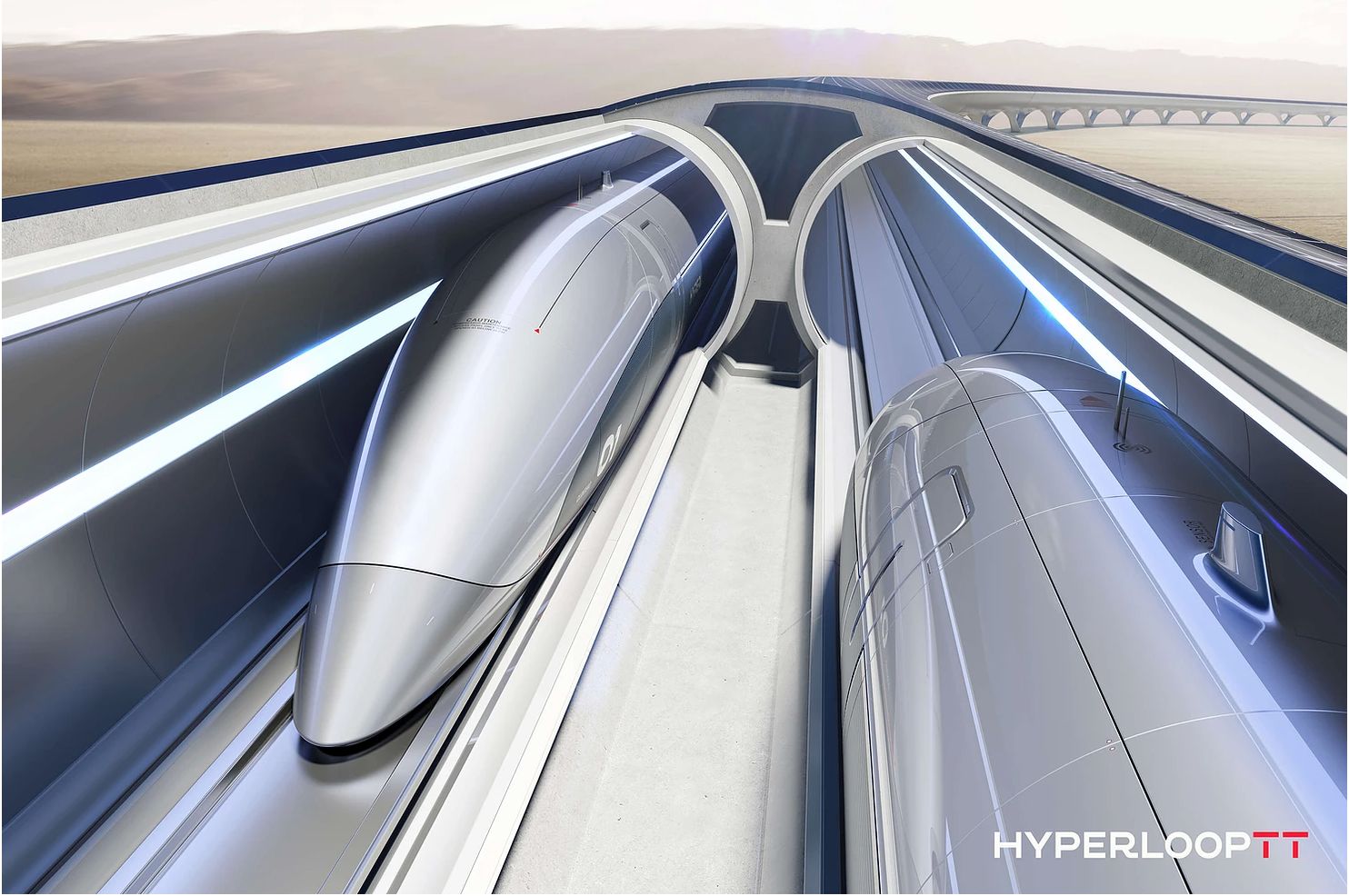 - Transpod Inc., a Canadian company designing and manufacturing ultra-high-speed tube transportation technology and vehicles. Powered by environmentally-sustainable solar/electric energy in a system that is unaffected by weather conditions, TransPod’s system enables passenger and cargo travel that is faster than airline travel. The "Pods" are being designed to travel at over 1,000 km/h between cities using fully electric propulsion and zero need for fossil fuels. When it comes to cargo, the vehicles will be able to carry payloads of 10–15 tons.

- TUM Hyperloop, a student team from the Technical University of Munich who went on to win 1st place 3 years in a row at the Hyperloop Pod Competition. The team is now working to develop a full-scale Hyperloop system. 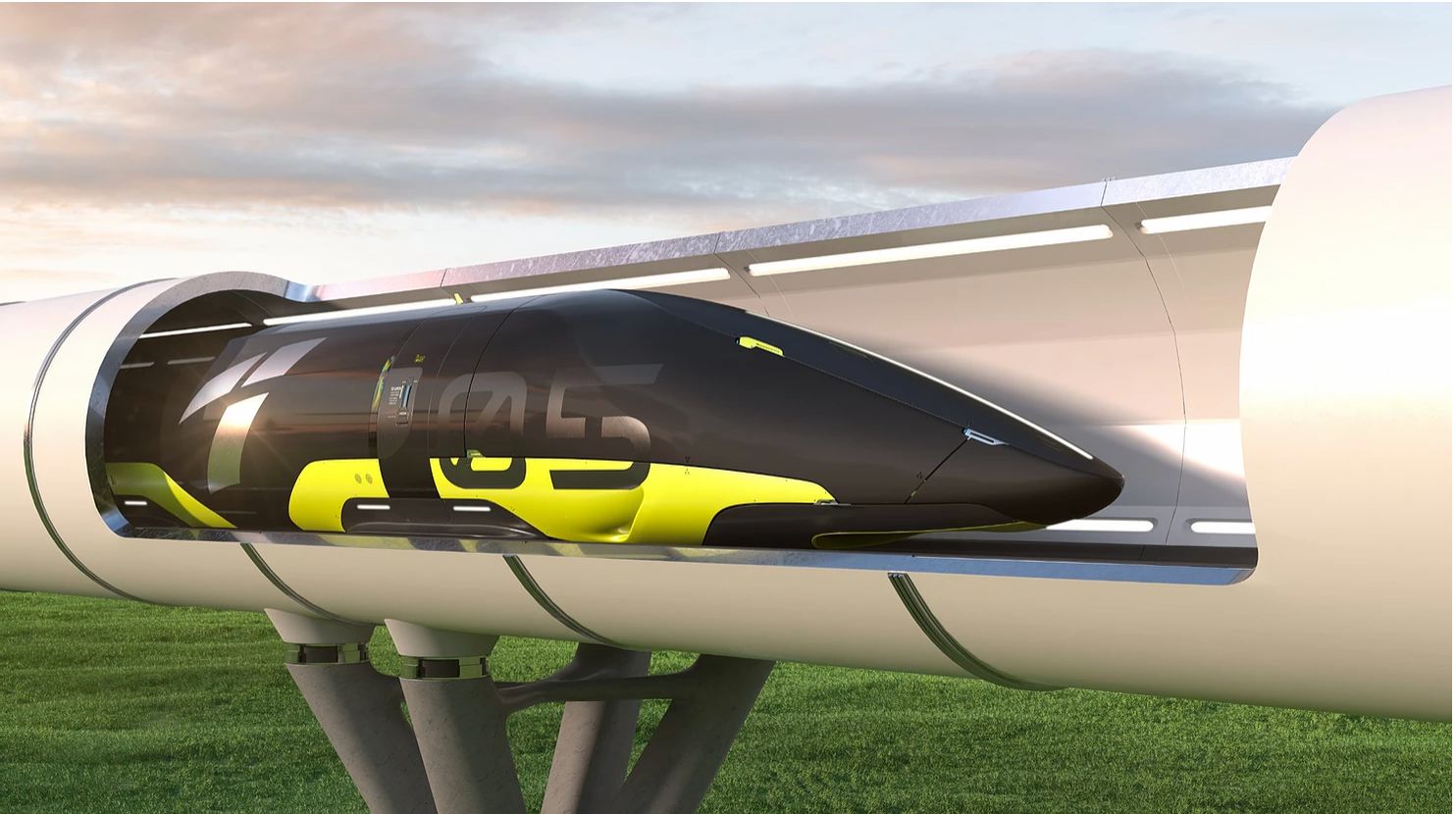 My opinion on the concept

However revolutionary, life-changing and futuristic the concept is, some of my views on the Hyperloop are not all positive. Here are, in my opinion, the pros and cons of the Hyperloop projects.

- The benefits for the environment. One of the aims of the Hyperloop is to offer a greener mode of transport, thanks to the lack of friction due to magnetic levitation and vacuum-sealed tubes, the vehicles require less energy to reach ultra-high speeds and travel long distances. Some companies also plan to have solar panels along the top of the tubes to make the Hyperloop completely carbon neutral.

- The practicality. The Hyperloop is designed to put an end to train delays and endless queuing by being completely automated and having very regular pods (about every 2-5 minutes).

- The speed. Probably the most obvious benefit is the speed that the Hyperloop will be able to reach. Some pods are planning to travel at speeds over 1000 km/h (eventually reaching the speed of sound), so travel times between cities will be massively reduced.

- Living and working flexibility. By being able to travel from one city to another in minutes, you could live and work in two different cities without a long commute.

- The initial cost. Creating a fully functional intercity Hyperloop will cost a huge amount of money, Virgin Hyperloop One gave a presentation citing an average cost for Hyperloop of $25-27 million (£18-£20 million) per mile just for the technology excluding land acquisition. This is just an average so some specific routes may cost even more than that.

- Should we be able to get from city to city so fast? This is very much up for debate but some people might argue that having so many different people rushing in and out of cities will be very annoying. If you're somebody who easily gets annoyed by tourists, imagine how many more there will be when you no longer have to go on a 7-hour drive from one end of the country to the other.

Whether you are for or against having a 5th mode of transportation, there is no doubt that the Hyperloop concept is intriguing. Personally, I look forward to finding out more about this project and discover the new technology that these companies are innovating.

This story was originally published on my tech blog, The Detechtor, where I cover stories on how tech impacts our lives, check it out!

Related Stories
Subject Matter
Enter The Decentralized Internet Writing Contest by @HackerNoon+FreeTON
#promoted
Smartphones: The True Cost of Upgrades by @scotthickman
#smartphones
What The Puell Multiple, The MVRV Z-Score and Realized Cap HODL Waves Indicate for Bitcoin's Peak by @MarkHelfman
#money
Gossip Simulation Implemented In Python by @mcmurchie
#python
My Journey Of Going Viral With A Humblle Github Project 🚀 by @gorvgoyl
#open-source
A Brief Introduction to Algorithmic Complexity by @zenulabidin
#algorithms
How to Add a Social Layer Across the Web by @chgd
#social-media