Why Blockchain Liquidity is a Bad Thing… 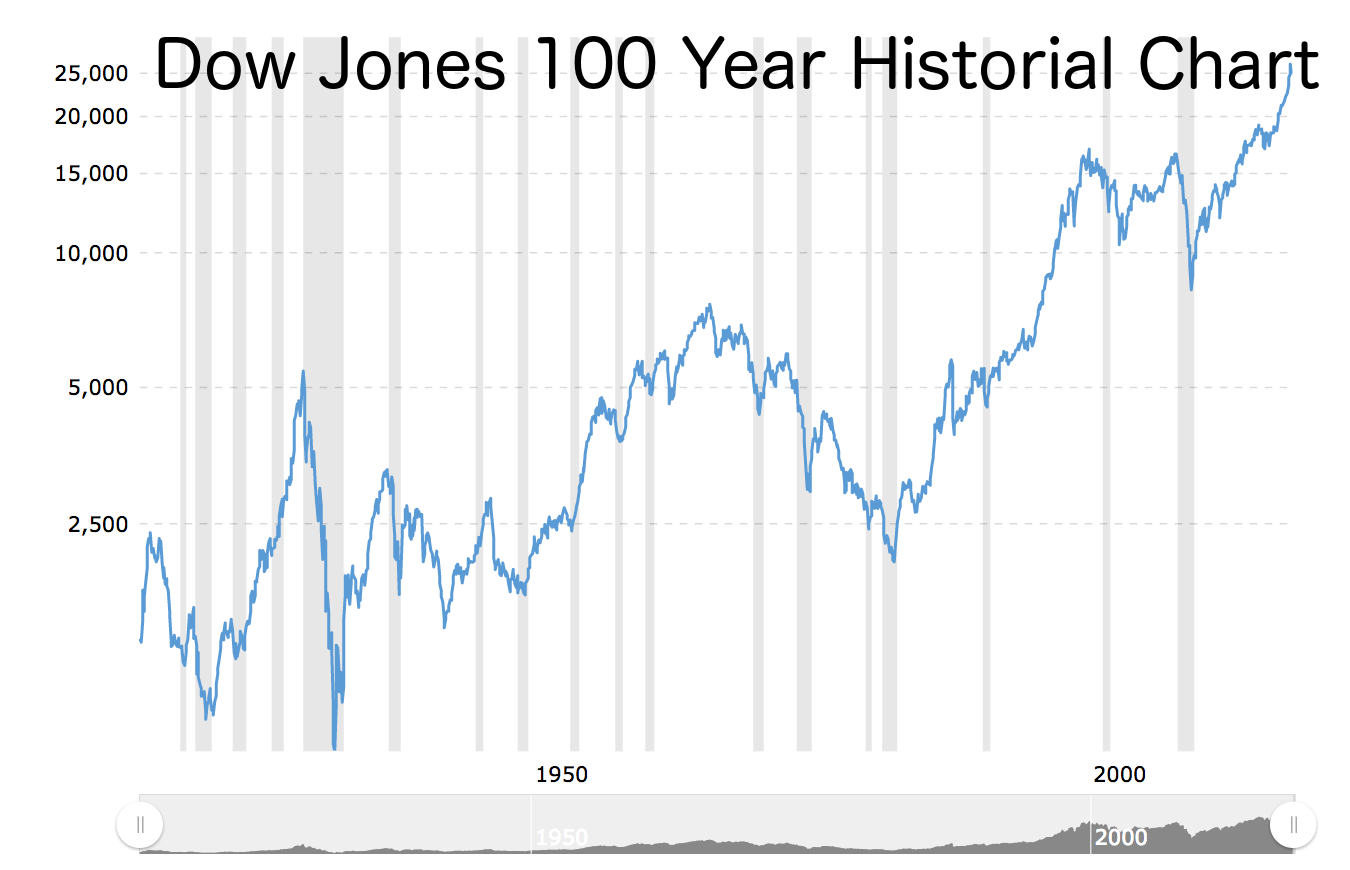 As a technologist and angel investor, I am very interested in blockchain. The ability to rewrite the internet and operating system of trust has massive economic, political and societal implications. This convergence creates opportunities.

Liquidity is defined as a market’s ability to purchase or sell an asset without causing drastic change in the asset’s price. Generally speaking, assets with less liquidity (real estate, private equity, gold etc…) appreciate in value faster than more liquid assets (cash, stocks etc…) due to the imposed limits on transactability of the asset itself.

As assets are traded more rapidly, price moves towards a more accurate market valuation and thus remain stable in the long term, yet more volatile in the short term. A perfect example would be the stock market. As algorithmic, real-time trading has become more and more prevalent, the overall volatility of the market (relative to other assets) has drastically increased — small changes (earning reports, political turmoil, randomness etc…) can have cascading effects.

The beauty of Bitcoin and other cryptoassets (and perhaps its failing) is its liquidity. The non-stable, speculative nature of the market today combined with near instantaneous liquidity has led to a pool of capital being deployed — with mountains more in value “created.”

As a holder of Ethereum, Bitcoin, Litecoin and Monero, I have two options: hodl or try to time the markets, sell at highs and buy at lows — no different than traditional stocks.

This presents BIG problems for the ecosystem. Let me explain.

Imagine baseball where only home runs and grand slams count — that is the world of early stage investing. Doubling your money on an investment is a dumb bet because the opportunity costs are so high.

The structure of venture funds

Typically VCs operate 10 year funds with the possibility of 2 additional years, should the fund deem it necessary. These investments are on a decade long lifecycle for a reason. The average time from investment to exit (ie liquidity) for a VC funded startup is generally 5–7 years (with IPOs typically taking longer).

That is a long time to HODL.

The reason venture returns outperfom all other asset classes (in terms of IRR) is this lack of liquidity.

But let’s be honest, once it hit 10x or 100x your original investment, the pressure to sell would be IMMENSE. $10k, that’s a new car, $100k could be a small house… The point is the pressure builds and builds. It is the reason there are so few bitcoin billionaires and so many $100k pizzas.

In traditional venture capital this is MUCH less of a problem — you don’t have the choice to sell so you hold. That’s why Peter Thiel’s a billionaire — he invested in Facebook and had to wait until IPO (or secondary sales) to cash out.

This isn’t true in blockchain and creates a problem.

Renewal energy (not about mining…)

Let’s say in the 70s and 80s as a solar company calculated they could price solar at an equivalent of $40/barrel and make money. Every time oil approaches or exceeds $40/barrel, VCs are knocking down their doors to invest and consumers are buying.

But as oil prices drop, suddenly solar lose competitiveness — those same dollars disappear, funding dries up and the companies die…

You cannot hit a moving target.

The same is true for blockchain companies. When you live and die by the whims of the market, there is no long term sustainability.

Rome wasn’t built in a day.

Going public sucks. It is expensive, time consuming and distracts from the core fundamentals of building the business.

I’d argue however that the biggest problem with being public are expectations and short term thinking. There is a reason Wall Street rewards CEOs that layoff staff and decrease overhead — it looks better on paper…

In business that is a shitty reason. The purpose of startups is to innovate, not make the numbers look pretty. Startups do the impossible precisely because they are not beholden to public opinion. Moving fast, breaking things and figuring it out as you go along are the cornerstones of disruption and value creation.

“Startups are like jumping off a cliff and building a plane on the way down.” — Reid Hoffman

Show me ONE startup with a fully baked business plan that they executed perfectly and built a billion dollar business… There isn’t a single one.

But, there is an issue.

For all the problems cited above, many unicorn companies ($1B+ valued businesses) have put off going public. This creates ecosystem problems.

Venture capitalists and their investors (LPs — limited partners) need liquidity. Eventually you NEED to make your money back, and then some. Without liquidity, large LPs like university endowments and pension funds don’t have the necessary capital to deploy in early stage startups.

This drought in exits (in addition to the potential of blockchain) has caused many VCs and investors to focus hard on crypto. The ease of liquidity is ideal, at least so the story goes…

I worry about the unintended consequences of early liquidity however. When founders, investors and advisors can jump ship the moment tokens hit the open market, what holds teams (and networks) together? Why not sell when the going gets tough?

Why the hell is no one asking these questions?

An ICO is the beginning, not the end — the hard work is just getting started — stop high fiving and celebrating and go build.

During the Cold War, only the threat of total annihilation kept the Americans and Soviets at bay. We held guns to each others’ heads and the aligned incentives of survival saved us.

This is extreme but ultimately has many parallels to blockchain technology. How do founder, investor and user incentives align incentives to prevent bad behavior? Investors can screw the founders, founders can screw the investors… Where do users fit in?

I proposed a reverse vesting structure to reduce the risks and align incentives. If you haven’t checked that out, I recommend reading it. That said, new and informed opinions and ideas on the subject are needed to solve the inherent issues that threaten to undermine the blockchain movement.

Any plausible potential solutions needs some form/combination of token escrow, vesting agreements and decentralized governance to keep everyone honest.

Governance is key here. Failure to plan is planning to fail. It is impossible to predict the future — so why do whitepapers pretend to have all the answers?

Instead startups and blockchain companies NEED to embrace the dynamic nature of markets and innovation and plan for periodic adjustments to balance power, align incentives and course correct as needed.

There are tradeoffs between liquidity and long term thinking/growth that much of the crypto community fails to appreciate.

When “founders” can start/launch new networks, cash out and move on to the next one, that is a problem.

When “investors” double their money and cash out immediately after an ICO, that is a problem.

What do we as an industry do to prevent blockchain from becoming about value extraction (like the stock market) as opposed to value creation (like venture capital)?

I don’t have the answers but hope this stirs some debate in the community to help us build a more sustainable, successful, disruptive future.

Related Stories
Subject Matter
Download Mysterium VPN - First 20 GB streaming FREE by @Mysterium Network
#promoted
Overcoming Existential RisksThe World Needs More “Real” Superheroes… by @mattward
#biotech
Meet Magister Ludi: The Process By Which Validators Are Chosen on the Free TON Blockchain by @freetonhouse
#blockchain
What Is It About Blockchain That Seduces Normies: An Analysis Through Free TON's Lens by @nonamec3po
#blockchain
Decentralizing The Internet: The Hitchhiker's Guide by @nich
#decentralized-internet
DINO (Decentralized In Name Only) Vs. True Decentralization by @paul-arssov
#decentralized-internet
Make The Most Out of Your Portfolio With A Q DeFi Rating by @anton-dzyatkovskii
#blockchain