Libra, Frax, The Battle of the Centuries and The Rise of The Meta-Dollar 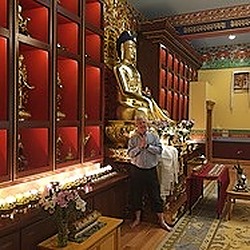 Alfred Owen Crozier 1912, on the "Aldrich Plan,"
public domain, courtesy of Wikimedia
By Sam Kazemian and Ralph Benko
Bank of England Governor Mark Carney, speaking at Jackson Hole in August, raised the possibility of the emergence of what he called a “Synthetic Hegemonic Currency” (SHC). That’s a new and distinguished descriptor for a cryptocurrency. His remarks left the door open for this currency to emerge from the private, rather than government, sector.
He stated that the:
most high profile of these has been Libra – a new payments infrastructure based on an international stablecoin fully backed by reserve assets in a basket of currencies including the US dollar, the euro, and sterling. It could be exchanged between users on messaging platforms and with participating retailers.
There are a host of fundamental issues that Libra must address, ranging from privacy to AML/CFT [Anti-Money Laundering and Countering Financing of Terrorism] and operational resilience. In addition,
depending on its design, it could have substantial implications for both
monetary and financial stability.
Gov. Carney’s points are well founded. We believe, as we have said elsewhere, that Libra has erred in tying to a basket of currencies rather than the dollar; in relying on full rather than fractional reserve and, with apologies to Alfred Owen Crozier, in adopting a centralized, and ungainly, system of governance.
Let’s drill down to granularity on the matter of centralization vs. decentralization. In some ways, this matter was at the heart of the Battle of the 20th Century. Now this battle moves into the 21st century upon, among other places, the battlefield of cryptocurrency.
The Backstory: Keynes vs. Hayek And The “Battle of the Century”
Libra’s designers do not appear privy to some rich monetary policy history. Hello Mark Zuckerberg, David Marcus, and Dante Disparte! Let us – among the cofounders of Libra’s rival cryptocurrency, Frax – give you a sporting chance by clueing you in. This story is historical but by no means academic.
The winner of the future of the international monetary and financial system -- the genesis block of the Synthetic Hegemonic Currency posited by Governor Carney -- depends upon getting this right.
Mark Twain, with Charles Dudley Warner, once wrote that “History never repeats itself, but the Kaleidoscopic combinations of the pictured present often seem to be constructed out of the broken fragments of antique legends.” Facebook’s Libra, and our own stablecoin, Frax, represent two such Kaleidoscopic combinations now extending well into a new century.
Much of modern economic history was a fight. It was a struggle between the philosophy of centralized economic planning and that of distributed economic dynamism. Communism represented the 200-proof central planning. Socialism was its 80 proof “Jack Daniels” version. Keynesianism is its Chablis. All versions are based on an elitist belief that some of us are smarter than all of us.
Friedrich Hayek is widely recognized as one of the greatest of champions of populist, or decentralized, planning. He courageously wrote the iconic indictment of socialism, The Road to Serfdom. In 1974 he received the Nobel Prize in Economics.

The authors are among the co-founders of Frax. Sam Kazemian is the chief executive officer of, and Ralph Benko is the general counsel to, Frax, a stablecoin now targeted for release in Q4 2019.
Kazemian is an Iranian-American software programmer and co-founder and president of Everipedia, a for-profit, wiki-based online encyclopedia founded with Theodor Forselius in 2014. Benko was the founder of the Prosperity Caucus, a former Reagan White House deputy general counsel, and former senior counselor to the Chamber of Digital Commerce, the largest trade association representing the blockchain ecosystem.