Latest Regional Cryptocurrencies Trends: ICOs through the lenses of the regional particularities 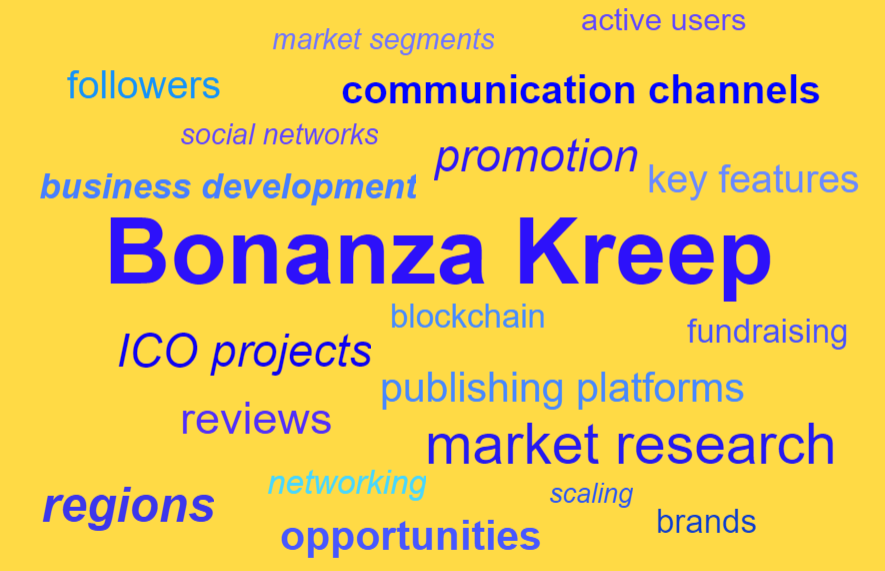 Cryptocurrencies are commonly associated with international financial solutions. But while this is true of many blockchain projects, especially those from the earliest stage of this technology’s development, recent years have seen quite a few promising crypto enterprises emerge in other segments. Cryptocurrency mining has become its own lucrative industry. Other uses for blockchain technology have been found in the fields of marketing, logistics and gaming, using smart contracts for reliable and transparent transactions and bypassing the expensive services of middlemen. Since such projects are more directly connected to the real economy, they also tend to be more localised, especially at their early stages. As a result, some interesting trends could be observed, with regards to what kind of crypto projects end up being most popular in a given region.

While it is partly a matter of chance, local specifics and market conditions play a major role in forming those trends as well. To study them, we have considered the cultural and socio-economic factors that affect business in different parts of the world. We also looked into the previously mentioned four dominant segments, and the specific problems that blockchain technology resolves in each. We selected several representative finished and unfinished projects to use as examples, showing how their technology and business models have made them good fits for the regions they seek to target at first and examining the logic behind their geographic strategies. Lastly, we also looked at how those projects reach out to their initial investors and customers through the social media.

North and Latin America are substantially different in cultural and economic conditions alike. Still, there is cause to speak to some commonalities as well — vast spaces, a high level of economic diversity and a certain enterprising spirit that has taken well to the emergence of cryptocurrencies. A keen interest in innovation and economic independence has created the necessary conditions for the growth of the blockchain economy. All of those factors have contributed to the popularity of cryptocurrency mining projects (especially in Canada, with its cheap energy and cool climate). Node Haven, a US-based project aimed at making cutting edge mining hardware available to a broad section of the public, taps into all of those tendencies as well. The trend towards individual economic activity and independence also shows in the popularity of certain forms of decentralised, consumer-oriented marketing. For example, Inflr has come up with a model for blockchain-mediated influencer marketing that will be initially rolled out in Brazil, making it easier for popular social media users to make money by promoting products. However, if it succeeds there, it seems likely to become accepted elsewhere in the Western Hemisphere as well.

Europe has a sophisticated market defined in part by its comparatively stringent regulations — including GDPR, which concerns user data security and is therefore highly relevant to any cryptocurrency project. This high standard of rights protection may create some difficulties for startups, but it also increases their credibility for investors, which should make it a net benefit for the cryptoindustry. European-based blockchain projects are fairly diverse in their goals and concepts and try to focus on very specific market niches. Securix is one such offering in the field of cryptocurrency mining, aimed almost exclusively at mining bitcoins for its investors and taking advantage of the existing infrastructure and regulations to offer a very reliable source of income. Another trend is the relative saturation of the market, which makes it harder for new companies to stand out on their own — unless they can offer something substantially new to Europe’s demanding and discerning consumers and, preferably, existing companies as well. Those companies that find the most synergy with existing players have the best prospects for long-term success. For this reason, logistics and marketing projects have been especially popular. Thus, FlipNpik provides marketing and e-commerce services aimed at supporting local businesses — a particularly relevant concern in smaller cities, where globalisation has often proven to be a mixed blessing. Geeba, a Netherlands-based logistics firm, touts a similarly community-based approach, enabling autonomous vehicle deliveries for local businesses.

East, South-East and South Asia form a very diverse region with varied cultural and political conditions. Nonetheless, as a market, it has some unifying characteristics that make it particularly relevant for the cryptoindustry. The central social dynamic is the steady emergence of a large, tech-savvy and relatively underserved consumer middle class. While there are some major native companies that cater to its needs, foreign international corporations enjoy an overall advantage. Yet much of this emerging consumer market remains untapped due to its size and newness. Therefore it is unsurprising that many blockchain startups chose Asia as their first or primary market.

Gaming has turned out to be an especially promising market niche for the cryptoindustry in Asia. That, too, stems from preexisting market conditions, as Asian countries have long been noted as a major market for video games — especially casual games and MMOs. The mobile game industry is particularly prominent in South-East Asia, while East Asia is a well-known hub for eSports. ICOs have targeted such disparate aspects of the gaming industry as development, funding, publishing, eSports and promotions. This interest represents a persistent trend. For example, Nitro is a blockchain-based democratised video game crowdfunding platform that has been funded successfully back in 2017. On the other hand, Bountie, a professional and amateur game tournament platform, is in the pre-sale stage as of this writing, but has already reached its soft cap. Gaming startups in the blockchain sphere mostly compete with middleman platforms like Kickstarter and Steam, while working with large and small (indie) game developers. The growing number of smaller local developers for whom working with existing publishers would be prohibitively expensive is another factor that recommends this market to crypto entrepreneurs.

Cryptocurrencies hold a special appeal for citizens of African nations, which tend to struggle with such issues as an underdeveloped financial and physical infrastructure, an unbalanced economy and a high level of corruption and fraud. Blockchain technology offers a way around those issues, allowing its users to construct a parallel decentralised economy on the cheap. The sort of blockchain companies that are drawn to Africa often combine an interest in largely untapped markets with philanthropic motivations (or at least rhetoric). It is worth noting that many African governments are interested in cryptocurrency projects due to their developmental potential and also because of widespread inflation. Logistics is an especially popular field of endeavour. Projects involved in it offer to augment or bypass inefficient government and banking structures, establishing a reliable and transparent way for individuals and small businesses to exchange goods with each other over distances. Such an exchange would be vital for basic economic growth. BitNautic is a notable project in that vein, focused on enabling secure maritime shipping in West Africa (though with a view towards further expansion later).

Organizing for promotion: The role of social networks

While creating an ICO marketing strategy, blockchain companies put the spotlight on short-time promotional campaigns. This is explained by the fact that fundraising campaigns usually last no longer than three months. Twitter, Facebook and Telegram are among the most popular social networks to promote your ICO. Yet, there are some specific platforms with the focus on crypto economy as well to ensure your online presence. The first is a discussion forum Bitcointalk.org that tracks back from November 2009 and has developed into a central part of the debate on ICO projects. The most interesting information, however, can be found in concluding observations as a project nears completion. A significant portion of cryptocurrency news and discussions on cryptocoins has also been published on Reddit.com. Project developers can easily create a subreddit and involve a pretty large audience into a question-and-answer session and provide necessary clarifications. A common trend evolving in the crypto sector is a stress on the verbal rather than visual information. Nevertheless, there are several ICO companies that actively post images on Instagram in attempt to use different forms of online presence.

It is worth noting that, regardless of where they are based or plan to work, crypto projects concentrate their marketing efforts on the same abovementioned social networks. This is true even in regions with their own alternative social networks, such as VK or Weibu. Although they may be used for engagement, their share in it is usually negligible compared to global social media. In the case of the popular Chinese social networks, this may be partly due to a deliberate policy against cryptocurrency advertising. Generally, though, this is because going through regional social media is redundant — most likely investors could be reached through more universal networks or crypto-centered communities.

On the whole, very few ICOs can be said to use social media networks to their full potential. Even those of them that try to communicate with their potential investors through a wide variety of media are generally perfunctory and uncreative in their approach. We think that this represents a real area for improvement for the cryptoindustry as a whole, and also, a unique opportunity for those companies that would do something original to promote their ICOs. In particular, they should consider using viral marketing strategies that have succeeded in other fields. Producing original content can go a long way — provided it is memorable, compelling and on-message. Finding new ways to engage with their audience and draw in more buyers should be a major priority for companies that are serious about competing in this crowded field. Naturally, for companies focused on particular regions, tailoring their message to regional trends and concerns would be essential as well. 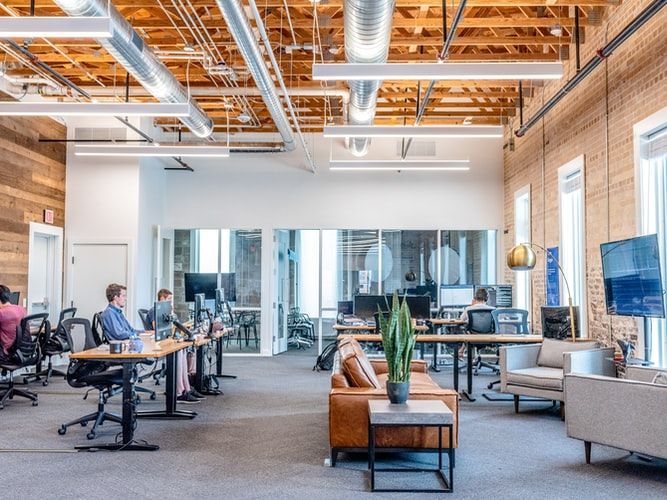 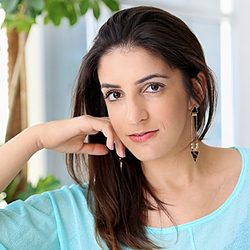