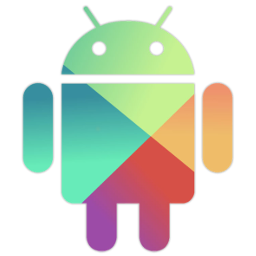 Now when your app is rocking the Play Store, has 1m+ downloads and a big community of fans, it’s time to think about monetization. I bet, the first thing you stumble upon while searching for “android in-app billing” is this article from the official Android documentation.

And you should read it.

Seriously, without a deep understanding of APIs provided from the SDK, without knowledge of the base data structures, method signatures and terms used in the documentation, adding in-app purchases to your app is going to be painful and will take a lot of time and effort.

Let’s assume that you have read the article and know the difference between the managed products and the subscriptions. You’re aware that you can’t cancel a subscription from within the app, only downgrade or upgrade it. You know what “consuming” means.

There are, basically, two alternatives: either you implement billing yourself or you use some library for it.

There is a great guide on Android Developer portal about it. Just follow it.

However, this approach has several disadvantages, such as:

Have you already changed your mind?

There are several libraries to choose from. This tutorial uses Checkout, a well-documented and efficient in-app billing library with high test coverage.

I’m going to show you how to implement common tasks using the library’s sample app. If you prefer digging in the code yourself here is a range of changes in git that are used in this tutorial: 0d95bf5..54789c3.

First, we need to import the library into the app’s project. In Gradle it can be done with the following one-liner:

bb989bf Let’s define a custom application class, CheckoutApplication, with a single Billing object. As Android creates Application only once, we’re guaranteed to have only one instance of Billing. It’s important as some operations performed by it shouldn’t be done more than once (for example, binding to the billing service).

If your app uses a DI framework Billing class can be marked as a singleton.

6198659. Get hold of CheckoutApplication through Activity, which is needed to access Billing in the UI code.

To test the static responses as described on d.android.com.

3a8966b. StaticActivity creates an instance of Checkout class via Checkout#forActivity call. It is immediately started and then used in the Buy button’s callback. Note also that it is used in two other Activity methods: onDestroy and onActivityResult. The former is needed to free any resources that might be acquired by Checkout while the latter merely notifies Checkout about the purchase result.

Checkout#start initiates connection to the billing service. Checkout#stop — disconnects from it. These two methods should always be used in pair — every time a Checkout instance is started it should be stopped.

76c0ffb. StaticActivity is aware now of what is happening under the hood of the library and logs everything on the screen into the console TextView.

Time to run the code… And it doesn’t work.

It turned out that some static responses are broken. This is not the bug you’re looking for, move along.

To show an ad banner. The banner should be removed if user purchases an ad-free version.

6429f48. This commit starts with declaration of BannerActivity which shows some text and an ad banner. As in the previous example, we need to write some boilerplate code to obtain an instance of Checkout and start Inventory loading. As it might take some time to load the inventory, the banner is hidden at the beginning (we don’t want to show it at all if user has already done the purchase).

Good to know that Checkout#onStop cancels all pending requests, including inventory loading. Thus, Inventory.Callback is never called after the enclosing activity is destroyed.

The code of BannerActivity.InventoryCallback is straightforward: if billing is not supported do nothing (no banner is shown in this case); if ad-free option is not purchased — show the banner.

01c48ea. Here we add a menu to the activity with a single “Remove ad banner” entry. By clicking it we start a purchase flow which ends in RequestListener#onSuccess (or in RequestListener#onError if something goes wrong :P). BannerActivity.PurchaseListener just hides the banner in the callback method.

To show a list of SKUs fetched from Play Store. User can purchase/consume items in the list.

7963597. The main activity in this example is SkusActivity. It shows a list of SKUs that are loaded with the help of Checkout#loadInventory method.

In contrast to the use case #2, where only purchases are loaded, here we also want to load listings from the store. Unfortunately, Android’s billing API doesn’t allow to load all available at the moment items — a list of SKU identifiers is required by the API method that handles such request.

SkusActivity prepares the identifiers list in #getInAppSkus method and uses it in Inventory.Request#loadSkus right before Checkout#loadInventory is called. InventoryCallback updates the adapter when the loading finishes.

e11a495. Next commit makes items in the list clickable. Adapter#onClick calls either SkusActivity#purchase or SkusActivity#consume depending on the current state of the clicked item. At the end of the operation, the list is reloaded via SkusActivity#reloadInventory call.

To show a list of subscriptions and provide user interface for managing them.

9aec6c4. The main activity in this use case, namely SubscriptionsActivity, allows user to:

As in the use case #3, we need some subscription information (title, for example) to be loaded from Play Store. SubscriptionsActivity#SKUS defines a list of subscription identifiers used in this example.

The UI consists of 3 adapter-like views:

All of the adapters are notified every time the inventory is reloaded in SubscriptionsActivity#reloadInventory method.

That’s it for now. If you have any questions or suggestions (like use cases you want to be covered) don’t hesitate to write them in the comments.

Found a bug in the library? Feel free to submit a bug report on github.

Related Stories
Subject Matter
Partner with us for Digital Product Development by @AWH
#promoted
Instagram-like Filters In React Native by @krissanawat101
#react-native
Flutter Riverpod: Use StateNotifier for Configuration and Update UI by @jimmysun
#flutter
Optimizing Cybersecurity Apps in the Remote Working Era by @Ayodele
#cybersecurity
Winning App Awards Will Help With Brand Recognition by @raacheleleza
#mobile-app-development
7 Benefits of Using Flutter For Your Next Software Development Project by @linkupstudio
#flutter