Sonic the Hedgehog is a pop-cultural icon and 2021 celebrates the 30th anniversary of the Blue Blur’s original debut on the SEGA Genesis in June of 1991. To commemorate the milestone, IDW Publishing has announced a special comic collaboration with SEGA of America.

The first story for the comic is “Seasons of Chaos,” which is written by Flynn, with artwork by Hammerstrom and Graham. In this story, Sonic is on a mission in search of the Chaos Emeralds along with his friends Tails, Knuckles, Amy Rose, Mighty the Armadillo, and Ray the Flying Squirrel.

Next up is “Dr. Eggman’s Birthday,” by Galligan and Rothlisberger, where Dr. Eggman gets the scenter spotlight. The final story will be “Sonic Learns to Drive,” by the McElory Brothers and Fonseca, as Sonic has to learn the patience to learn how to drive. Well, Sonic cart racers have been around for years, so of course he can.

The Sonic the Hedgehog 30th Anniversary Special will have multiple cover variants available. Cover A is created by the Sonic Team, while Cover B features art by Christina-Antoinette Neofotistou. Additionally, two retailer incentive edition covers will have art by Patrick Spaziante and Tyson Hesse, respectively.

Also, IDW is planning a Deluxe Edition hardcover release for the 30th anniversary comic that will have bonus content and will be available for $19.99. That version won’t be available in stores until October 5. The deluxe release will feature an additional bonus story by Gale Galligan, a cover gallery, a “From Script to Comic” section and more.

A collected trade volume of IDW’s Sonic the Hedgehog comics will be released in the month of June to coincide with the anniversary as well, with Sonic the Hedgehog: The IDW Collection, Vol. 1. This collected volume will be priced at 59.99. It will feature issues 1-12 of the IDW Sonic comic series.

You can also view the cover art for the 30th anniversary special and the Sonic the Hedgehog IDW Collection below: 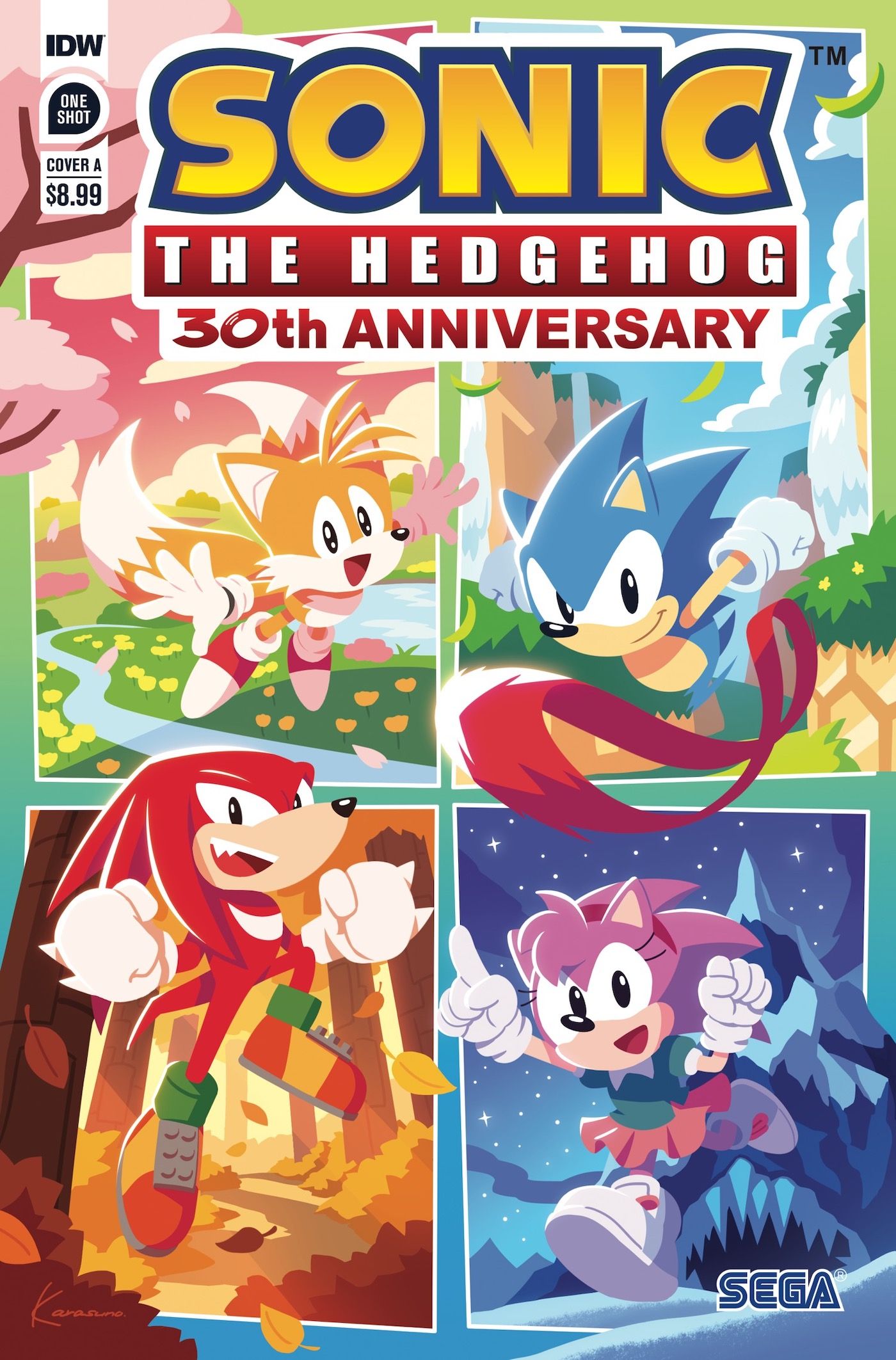 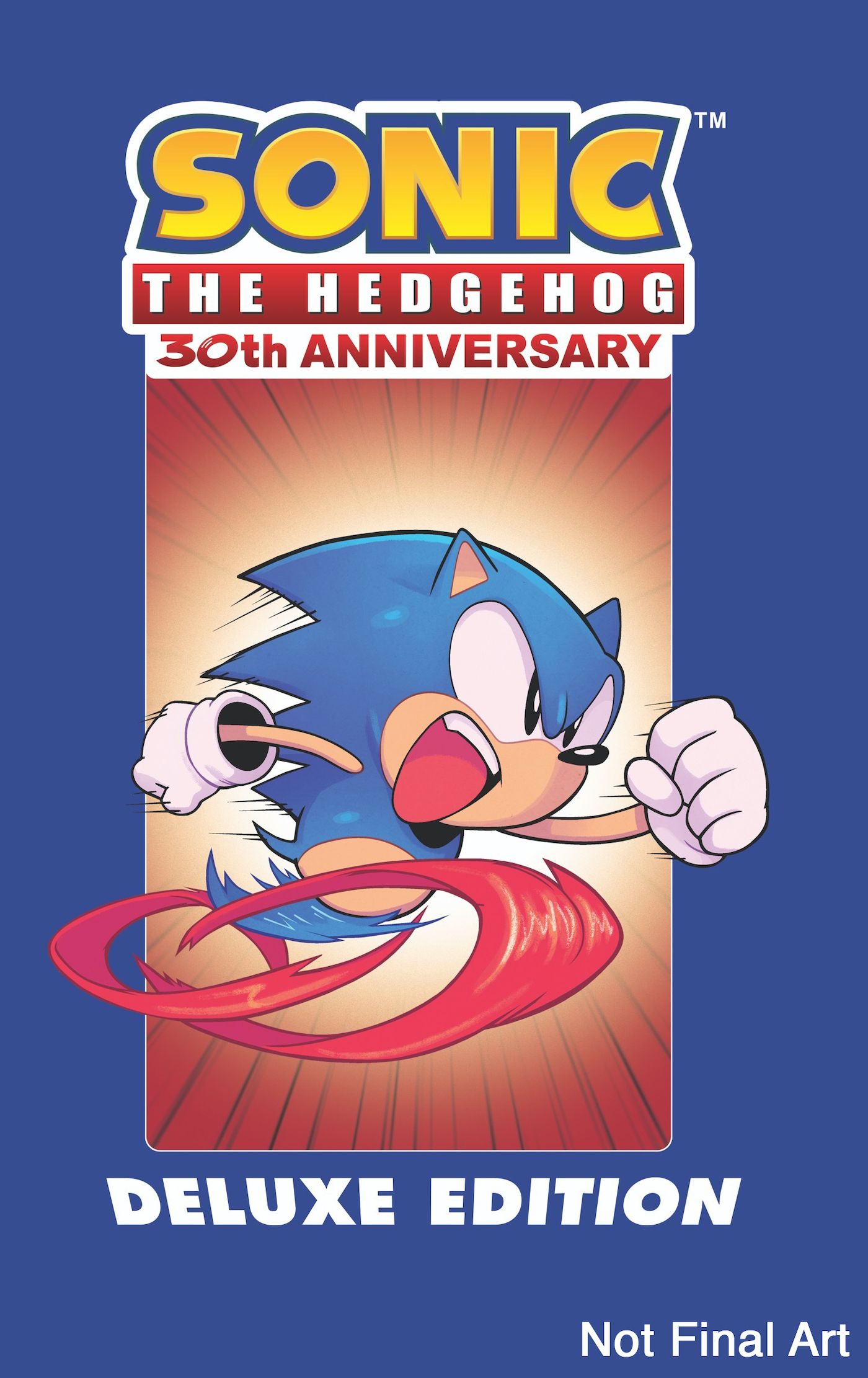 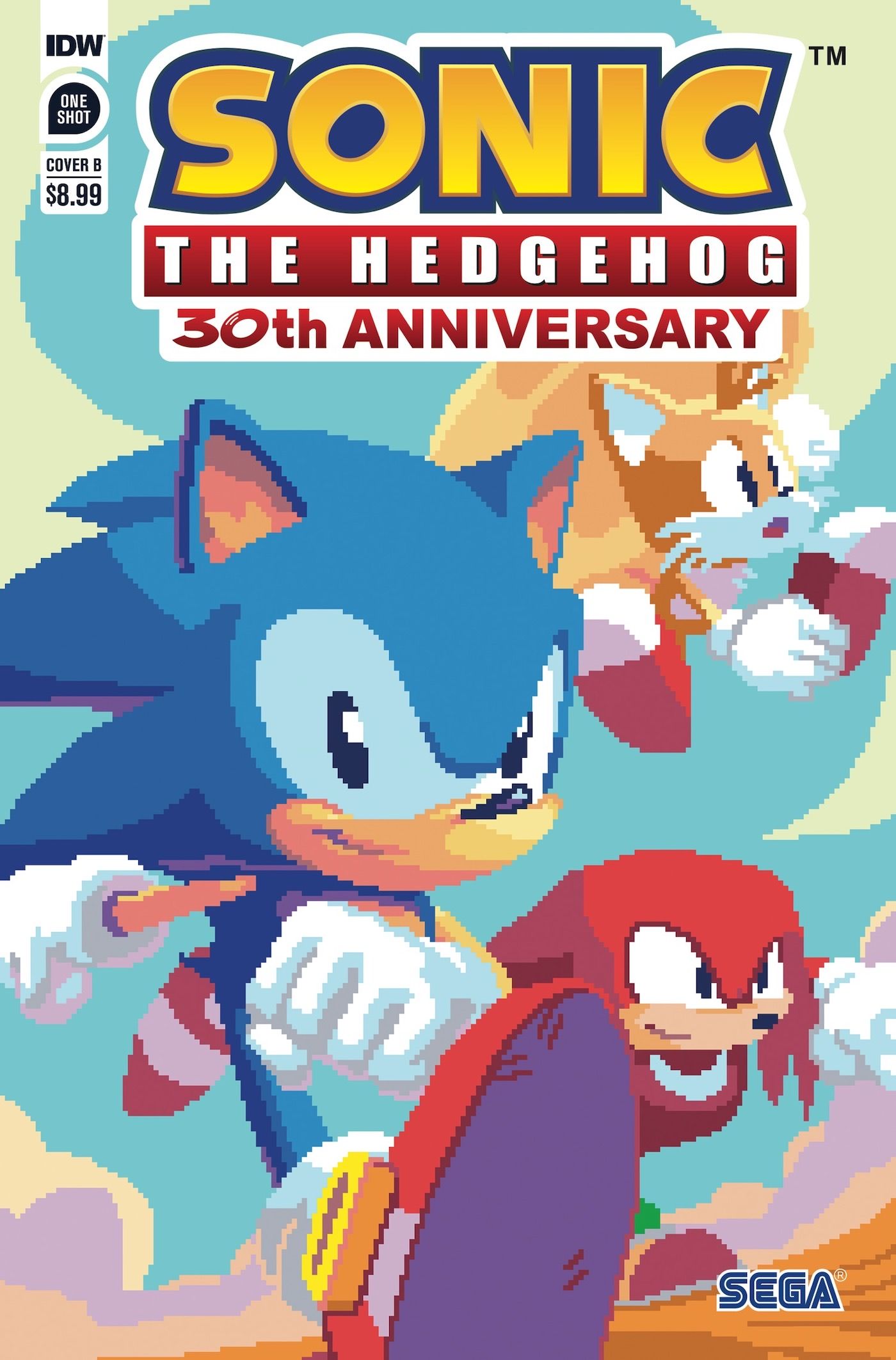