Converting a Buffer to JSON and Utf8 Strings in Nodejs 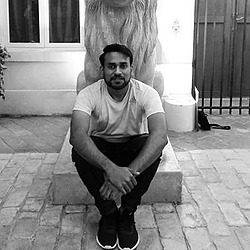 Nodejs and browser based JavaScript differ because Node has a way to handle binary data even before the ES6 draft came up with ArrayBuffer. In Node, Buffer class is the primary data structure used with most I/O operations. It is a raw binary data that is allocated outside the V8 heap and once allocated, cannot be resized.

Before Nodejs v6.0, to create a new buffer you could just call the constructor function with new keyword:

To create a new buffer instance, in latest and current stable releases of Node:

The new Buffer() constructor have been deprecated and replaced by separate Buffer.from(), Buffer.alloc(), and Buffer.allocUnsafe() methods.

More information can be read through official documentation.

Convert a Buffer to JSON

Buffers can convert to JSON.

The JSON specifies that the type of object being transformed is a Buffer, and its data.

.toString() is not the only way to convert a buffer to a string. Also, it by defaults converts to a utf-8 format string.

The other way to convert a buffer to a string is using StringDecoder core module from Nodejs API.