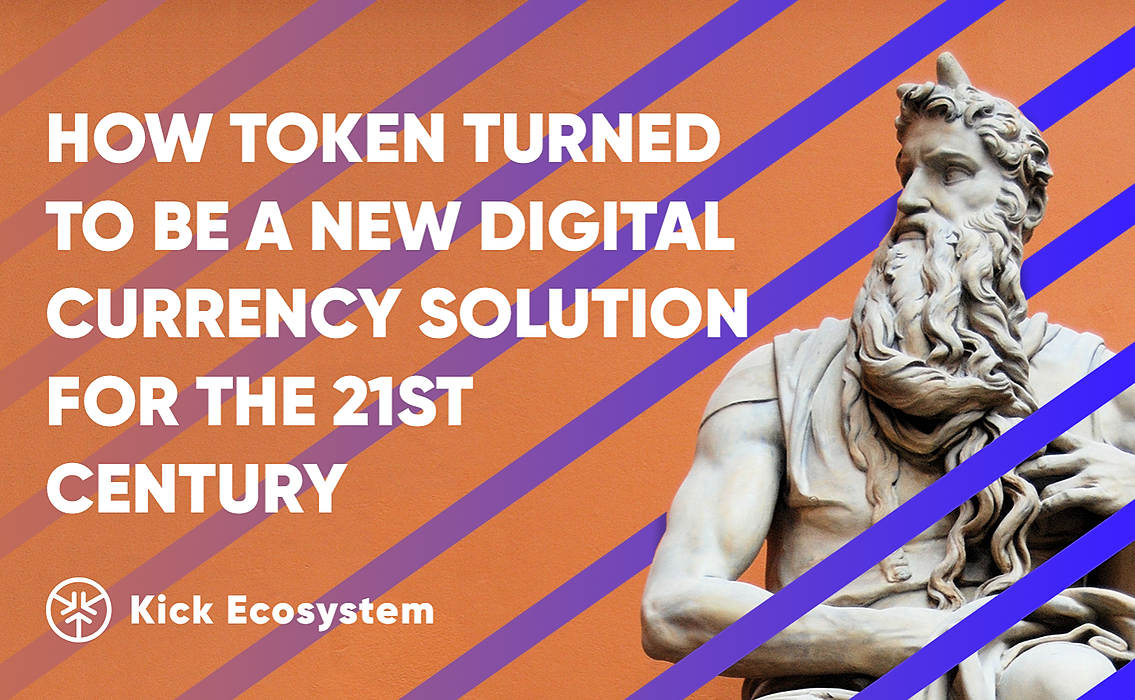 As we all know, the world we live in has evolved significantly. Individuals and companies are looking for new ways to bring their ideas to life, make payments for goods and services, and get enough cash flow to ensure that they stay operational in whatever it is that they choose to do or pursue.

One truth that many people are coming to terms with is the fact that traditional fundraising techniques might not be the best; IPOs and venture capital funding usually come with their own set of strings attached, and in order not to be tied down that way, business owners have been able to think out of the box.

Getting the right funds to help you push a project or endeavor isn’t always easy. Complex financial laws, an incredible layer of distrust, and much more have made it difficult for fundraising and other monetary functions to be carried out, essentially meaning that some people or companies remain financially hamstrung for a while.

Over time, however, digital assets were able to help bridge this gap, providing new innovations in funding and spending services, thus ensuring that people are able to change how they see money in different ways.

Tokens and cryptocurrencies are quite similar. However, the biggest distinction between them is that in an Initial Coin Offering, a token is a unit of a cryptocurrency being sold, which will be sold to investors in exchange for other cryptocurrencies (such as established options like Bitcoin or Ether).

There have been quite a lot of successful token launches in the past, and even some big companies are working on theirs as well. Kik and Telegram are currently in the process of launching theirs-named the KIK and GRAM tokens respectively.

So far, KickToken has also been one of the most innovative of these assets.

The journey of KickToken so far

The Initial Coin Offering for the KickToken was a huge success back in 2017, especially since it represented an innovation in the FinTech and digital asset spaces. At the time, the token was able to help several startups with their fundraising steps.

Of course, the asset saw a bit of a hit in 2018, as several other cryptocurrencies (including top choices such as Bitcoin, Ether, and XRP) also saw some significant drops in their value- in a year where the market performed rather poorly.

However, 2019 has been a resurgent year for the entire cryptocurrency market, and Kick hasn’t been left out. The asset is already trading on major exchanges (including KuCoin and EXMO).

Still, the developers of this asset have been working tirelessly to improve their standing. Several digital assets which get developed usually stop innovating when they reach a point where adoption is noticeable, but Anti Danilevski and his team of experts have been able to see an important opportunity to diversify and enhance their standing; innovation is a key component here, and their growth has been commendable.

The developers of this asset have seen an opportunity to corner the ICO and fundraising market, as challenges continue to exist with innovators in the industry and their ability to secure the funds needed to pursue their dreams. So, they started to expand the scope of their work beyond just the Kick digital asset into the Kick Ecosystem back in 2018.

The Kick Ecosystem is shaping up rather nicely, as its developers built it to be a multifaceted solution that everyone in the digital asset space will be able to rely on.

The ecosystem was built to serve two main purposes; enabling the fundraising process, and serving as an exchange platform. There’s currently a Beta test of the exchange platform (called KickEX), and it is expected to launch soon. The developers hope that a targeted exchange will help the token price to increase in value.

The ecosystem also aims to help enhance the fairness and simplicity with which people and companies raise funds for their projects, while also ensuring that other aspects of the fundraising process are as clear and seamless as possible; investors are able to understand more about the project in question, and financial regulators all across the world have no problems with getting the information that they require as well.

The Kick Ecosystem is meant to work on the AIO model, an auction-based fundraising model that provides an evolution from the conventional Initial Coin Exchange (ICO) and Security Token Offering (STO) models that the digital asset space has become all too familiar with.

Developers are already working on adding more services to the platform, this ensures that anyone within the financial space will be able to make use of it.

Financial inclusion for all

The new ecosystem now comes with KickEX- a cryptocurrency exchange. Amongst other things, the KickEx exchange is set to have the following features; a smart assistant to help traders get acquainted with the exchange, and smart orders as double-stop and trailing-stop.

The exchange anticipates its launch later this year to much fanfare, particularly because it provided impressive affiliate programs for users to earn money, and reduced trading fees, so users will be able to make transfers and trades without paying as much as they would have paid on some of the other top exchanges.

However, there’s much more to come; after the successful launch of KickRef, a multi-level referral network that helps users to earn commissions on their marketing and referral work for KickEX exchange, the Kick Ecosystem is expected to welcome the addition of KickDesk; a white label token sale solution, and KickWallet, a digital asset wallet that will be able to support several currencies on its platform and provide some of the best in security and asset accessibility features.

There will also be KickPay, a gateway platform that will allow people to use their cryptocurrencies to make payments for goods and services; KickCPA an ad network integration service.

All of these will come in the ecosystem, wrapped under the banner of a seamless mobile app known as KickMobile. Easy access will also be assured with KickID- the company’s integrated identification and verification protocol. The KickICO platform is set to come with a revamped feel and an auction model as well, so fundraising can be as easy as possible.

As expected, all of these will be able to run with the use of the KickToken. As the ecosystem and cryptocurrency economy grows, the KickToken is set to see massive gains.

Conclusion - So, why pay attention to the token space?

It’s simple; tokens present a paradigm shift when it comes to fundraising and company management. For tech-targeted business people who would like to work and get the freedom to build what they like without necessarily having to rely on intrusive investors, tokens provide an escape path.

Tokens also make it possible for investors to get in touch with visionaries that are building projects that they are passionate about. To take the middleman out, tokens are a sure bet.