1 in 2 Crypto Users is a Referral Program Participant 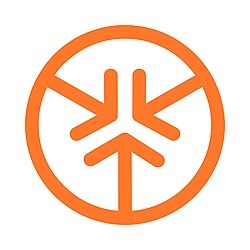 Of almost 500 subjects in the latest KickAcademy (that is Kick Ecosystem's innovative institute) survey made up of Blockchain insiders, crypto traders, and investors, roughly half are referral program participants who consider these programs a good source of passive income.
Referral and affiliate programs are a hot topic nowadays, and since in many ways, it is the crypto industry that’s paving the way to advancements in the realm of greater FinTech, when it comes to such programs, here too the crypto industry finds itself way ahead. While players from other, more traditional FinTech sectors (e.g. Forex) are often sitting on the fence diffidently, endlessly comparing all the possible pros and cons of joining one of those programs, many crypto aficionados, and those looking up to them, are already on board the crypto choo-choo, full steam ahead. In fact, according to the latest survey, almost a full half of all individuals who are related to cryptocurrencies, in one form or another, also participate in the referral or affiliate programs and for the most part, acknowledge them as being effective and lucrative.
The study, conducted by KickAcademy earlier this month, included close to 500 participants from 50 different countries: the US, the UK, France, Holland, Russia, and Turkey among others, i.e. namely those countries where cryptocurrencies have a solid legal foothold and ubiquitous acceptance.
The aim of the survey was to determine how popular referral and affiliate programs were; why people joined them in the first place; and what, if anything, stopped people from doing so. When the results came in, they indicated that close to half of the surveyed crypto enthusiasts were either active referral program participants already, or they were at the very least keen on getting involved in such programs.

Objectively speaking, the study group selected by KickAcademy looks quite solid and credible having been compiled from various professionals in the tech field, primarily those directly involved with and competent in the Blockchain, crypto trading, crypto investing, IT, and digital marketing. This progressive demographic makes sense, particularly in light of the fact that these days many if not most of Blockchain industry employees work with or for crypto exchanges.
Furthermore, the vast majority of the survey’s subjects, three- quarters of them to be specific, stated that they were also active in their online communities where they shared their feedback, read up on the latest trends, and stayed in touch with their fellow crypto colleagues. Among the most popular platforms cited by the participants were Twitter, Telegram, Facebook, and YouTube, followed by the somewhat less popular in the crypto circles LinkedIn and Instagram.
Among those professionals who endorsed referral programs, roughly one in two, financial independence was named as the principal reason, followed by career growth, and plans for early retirement. Whereas all three reasons look like separate entities on paper, in reality, they form the same overall objective, which is, to put it simply, wanting to have sufficient monetary means in order to live affluently and comfortably, trouble-free, and on one’s own terms. What’s more, almost 80% of the aye voters, stated that referral programs were one of the ways to get just at that: move ever closer to realising these short- and long-term personal and professional goals.

Among the naysayers, roughly the other half of the surveyed subjects, all cited either their lack of understanding (~30%) or lack of trust (~20%) as the main reason which stopped them from finding a suitable program and ultimately getting involved in one. The former subgroup, in spite of their familiarity with altcoins, flat out stated that they essentially did not know many such programs on the market or how they truly worked, while the latter subgroup bemoaned a tiny number of reliable platforms in existence that would moreover pay high kickback commission―the last part, incidentally, being a valid point as not every platform out there is necessarily a dependable partner. In other words, this chunk of participants either did not know at all, or they just did not know any better.

All in all, a number of conclusions can be drawn from this survey. First of all, when it comes to referral and affiliate programs, many are supposedly enjoying their benefits already claiming that they’re indeed a pathway to prosperity and financial freedom.
Taking a glimpse closer at referral programs, one of the most appealing in the space is KickRef that has been launched just recently. KickRef is part of KickEX exchange affiliate programs that offers the highest unconditional kickback rate of all major crypto exchanges: you take up to 50% of whatever amount KickEX makes in transaction fees. KickRef is unique in its kind and offers a number of great benefits that both beginners and professionals will enjoy. Register for free today!
Secondly, those who endorsed and praised such programs seem to be generally well-informed professionals active on various social and/or media platforms, where they regularly interchange their competencies and relevant know-how, both privately and publicly. Lastly, among those who choose not to participate in these programs, most simply aren’t aware that such new opportunities exist, or they are reluctant to put their trust and money in the hands of unverified players.

Accordingly, information, or rather lack of it, can be judged to be a decisive factor here. For those who aren't yet informed, the only sound piece of advice that can be offered is get informed. Whilst there are most certainly a few rotten apples in the crypto basket that one should be wary of, it shouldn’t stop one from planting their seeds in the spring and letting the ground yield a potentially worthy crypto harvest that same fall. It all comes down to joining the likes of the adequately informed, skilled crypto farmers who successfully use simple farming tools―effective referral programs in this case―which today are readily available to anyone willing, with or without a green thumb.
The bottom line is you reap what you sow. So, sow wisely.

13 Essentials from 🔥Hell🔥 of Referral Marketing: A Comprehensive Gu...