How to Build a Corona-proof Stocks Portfolio: 4 Thriving Industries 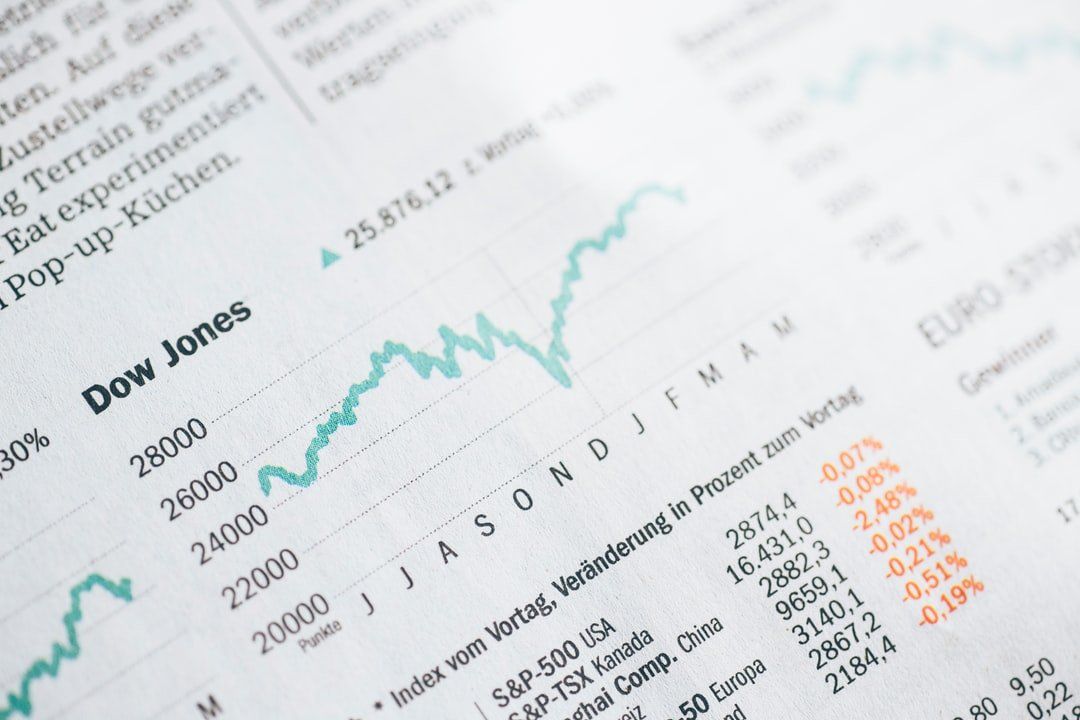 The sudden pause in the acceleration of the global economy due to the COVID-19 pandemic led to a steep decline in the share market. The world stood still with most of the beneficiary markets crashing. Many stocks dropped, from the entertainment industry to the hospitality industry, which were otherwise considered to have the Midas Touch.

Disclaimer: This article suggests different stocks. Do your own research when investing in stocks. This is not buyer advice, solely informational.

The first quarter of the US share market recorded a 22.8% decline, whereas the developed and emerging nations alike closed their window at a 22.3% low. Moreover, US-based high-end conglomerates were the most resilient of the major stock indices synchronously posting its worst quarterly return since the Great Depression.

Countries like China, the UK, Spain, etc. showcased its stock markets at an all-time low. The Shanghai Stock exchange shrank by 6.8% and the London Stock Exchange was pulled down by 25%. Meanwhile, the pan-Europe stock market fell at a 23.03% low. The emergence of the COVID-19 outbreak quickly affected the financial market from mid-February onwards and put a halt to significant industries.

However, as the world approached the second quarter of the fiscal year, a few nations recorded a surge in its share market, thus controlling the outbreak amongst its populace. Countries like New Zealand, Taiwan, Iceland, Netherlands, etc. managed to control the epidemic with enthusiasm, thus bridging the gap between pay parity.

Introducing new opportunities for existing, as well as new, citizens, these nations helped boost the economy in not only in-demand industries, (i.e. pharmaceuticals, medical, e-commerce) but also in currently dormant sectors such as hospitality, entertainment, and so on. Changing the crisis into a convenience showcased a well-taught resilience to the entire world hence recording a definite surge in stock prices.

The impact on the share market has been so strong that US citizens pleaded their government to re-open various sectors to resume operations. The same scenario was witnessed in the UK after the stock market crashed due to the COVID-19 crisis.

However, mid June, a few industrial operations resumed, helping to boost the economy. With the re-opening of a handful of sectors, the global stock market jolted towards a surge, thus acting as a silver lining during the ongoing pandemic.

Now what? Where to find trends?

As per the current scenario, avoiding social gathering still comes under “the new normal,” therefore providing a golden opportunity to hospitality, social media, entertainment, and other sectors to experiment with new features on a day to day basis.

Social media brands have already started finding ways to engage thoughtfully with their audience, thus helping an increase in their stock prices. According to SocialMediaToday, Snapchat witnessed an increase in revenue by 17%, adding 9 million more daily active users in Q2. The entertainment sectors too divulged themselves in cohesively attracting viewership as well as advertising agencies.

The influx of new industries have supported the then drained economy, equally projecting opportunities for investment in various stock portals and benefiting from it altogether. Listed below are the best stocks and trends to benefit from during Q3 of 2020:

As all are embracing the social distancing norm, online dating platforms such as Match Group and Bumble witnessed a steep surge in its stock prices.

According to the founder of Selective Search, Barbie Adler, “…periods of extended time at home tend to make her clients more determined to find love because they start to desire connection more, and she’s encouraged them to try video or phone dates during the public-health crisis. “

A dating conglomerate like Match Group which comprises various online dating platforms such as Tinder, Hinge, OkCupid, and so on has shown an increase in downloads as well as subscribers amidst the pandemic. The first-time subscribers were highest during the second quarter of the current fiscal year as June-July had almost 27.07% more downloads than previous years.

Currently floating at 115.38 USD, the dating app giant has seen a surge of 4.06% within a week. Showing an exquisite performance in the share market, Match Group’s face value has increased by 18.81% in July 2020, thus ending the quarter with more than 10 million subscribers.

Advice: Dating apps are still in demand, especially during summertime.

One of the most potent ways in which technology has supported the global population is making it more accessible. Popular digital platforms, such as Zoom, DocuSign, or Skype have witnessed a three times increase in its usage due to the current corona crisis.

Although Skype and Google Drive have been in use for a long while, other digital tools, especially Zoom, came as a boon to firms wherein meetings in large groups could be conducted at ease.

Zoom, the US-based company, closed its first quarter at an increase of 49.89%, thus keeping its face value at 72.99 billion USD. Another reliable digital signature service provider, DocuSign, witnessed an increase of 64.87% in the first quarter, whereas July saw a surge of 4.68% more in the stock market. Maintaining its face value at 37.58 billion USD, stock investment in the respective firm would be beneficial.

With over four months of lockdown, the demand for sports equipment has seen a massive surge in pricing. Although the sale has been equally overwhelming, thanks to the urge of staying fit and healthy indoors; the otherwise decrease in commuting has also made it possible to work on our bodies and minds.

Moreover, nations like Germany, Japan, and Taiwan have surprisingly witnessed a high demand for bikes. Considered to be a popular outdoor sport in a few countries, cycling or biking is now one of the best ways to stay fit.

Conglomerates like Shimano Inc. closed the stock market at its highest price ever as the demand in bike sales seems to be unending. Other bike-related companies such as Fox Factory, Dorel Industries, and MIPS have seen a similar stock market pattern in the last few weeks. Closing its face value at 20.04 billion USD, the first quarter saw a surge of 35.30%.

Taiwan’s bike manufacturing firm Giant showed an increasing rate of 35.04% with its demand booming two times more than previous years. Despite the hike in prices due to the corona pandemic, the application of bikes as sports equipment tends to be surging.

Apart from traditional bikes or cycles, people have shown a keen interest in e-bikes or electric scooters. Companies like Pedego, X-Treme, iZip, etc. have proven to be the best in the world. As their market price continues to increase by 400% during the pandemic, the demand for it gives fierce competition to manufacturers.

Advice: However, not only bikes have seen high demand. Take a look at other types of sport equipment producers, camping gear producers, or even food supplement producers.

Revenue soared from 339 million USD to 2.99 billion USD within a couple of years, the cloud market giant NVIDIA has recorded its sales growth in an explosive way in the stock market. Face value is closed at 1.18 billion USD in the first quarter of the current fiscal year, it’s moving towards a new record of 3.65 billion USD in the second quarter itself.

Other technology companies such as Microsoft and Amazon have been in fierce competition during the corona crisis as connecting via technology became the simplest way to keep one and all safe.

Moreover, the 6 trillion USD conglomerate, Alibaba Cloud witnessed an increase in revenue by over 58% in the previous fiscal year. With its surging demand, the respective company has seen a surge of 35 to 40% in the last few months.

Advice: Don’t only look at cloud providers who support the surge in digital usage but also keep an eye on hardware producers or even chip manufacturers. They are equally important for providing cloud providers with the hardware needed to scale.

So, how to build your Corona-proof portfolio?

The above four categories are only examples of a few thriving industries during the Coronavirus. However, many more thriving industries can likely be found. Nonetheless, the current pandemic has created many new opportunities you wouldn’t have thought about initially.

The most striking example is the increased usage of dating apps while we maintain a socially distant life. Most likely, the human nature to connect has translated to stronger digital connections than ever before.

Lastly, do not forget to diversify your portfolio. Have you considered investing in cryptocurrencies perhaps? Stablecoins offer you a safe-heaven against crypto volatility while at the same time offering you a 12% yearly return for holding them. Furthermore, YouHodler provides instant fiat and crypto loans collateralized by cryptocurrencies when you need some quick cash to make a profitable trade.

Want to learn more about investing and portfolio creation, check out:

Related Stories
Subject Matter
Earn Crypto Rewards Monthly by @Mysterium Network
#promoted
App Store Optimization – Why Design Matters To Grow Your App by @michielmulders
#app-store-optimization
Building the Network for the WFH Future by @brianwallace
#remote-work
Introduction to AWS Log Insights as CloudWatch Metrics by @thedigicat
#aws-lambda
$Fil Mooned Right After I Sold It. Am I Weak Hands? by @digifinex
#filecoin
Interchain Transaction Bridge - The Missing Key to Creating Seamless UX in a Multi-chain Universe by @weitingchentw
#bitcoin
Nothing Can Stop Bitcoin, Not Even Governments by @ras
#bitcoin