Over the past couple of months, the Internet has been flooded by fake news and conspiracy theories regarding the coronavirus. We have all seen claims that the virus was intentionally developed by Bill Gates for personal profit, or that medical professionals from Europe and North America are using the situation to test harmful vaccines on African populations, or that the virus does not even exist, but is a story fabricated by the supposed “deep state” as a premise to exert ever more control over its helpless citizens (I will not reference the original sources, since I don’t want to contribute to the spread of misinformation).

Despite the obvious absurdity of such claims, we appear to be reaching a new low in terms of how widespread (geographically) such content is being shared, and in terms of the actual physical harm it is causing, right now, to real people and communities all over the world.

Certain states are using this misinformation for their own political goals, “content creators” are using it to amass easy ad revenue, and “bored teenagers” may be using it simply to have their moment of Internet fame. Obviously these actors are, in part, to blame for the consequences. Tackling the issue at the source, by fining or jailing peddlers of corona-related fake news (legislation currently being considered or implemented in the Philippines, South Africa and the Serb Republic of Bosnia and Herzegovina), is an approach which must be used with caution, but which deserves further assessment regarding its efficacy. However, we should also consider how such harmful content reaches an audience in the billions in the first place.

This is where the Internet Giants come into play.

Fake news is by no means a new phenomenon, and following public outcry and intense political pressure in the past, companies such as Google, Facebook and Twitter have started to tackle the issue. Over the past weeks, these corporations have received praise for their decisive response to the influx of corona-related misinformation, and, apparently, rightfully so: Internet users in North America and Western Europe are indeed seeing significantly less corona-related fake news than one might expect if no action had been taken. As such, any effort that has already been made, is of course commendable.

Nevertheless, all of the examples of fake news mentioned in the introduction above are from articles that I came across while going about my daily business online. Today, when I open my Google News Feed or go on my Facebook Wall, I see such fake news presented to me as recommended reading or viewing. Let me repeat: it is not being sent to me by poorly informed friends or family members, it is being recommended to me as “interesting content” by the Internet Giants who, in practice, are the gatekeepers of what we collectively see on the World Wide Web every day.

This is just one user’s experience - browsing the web from Belgium - but this experience is reflected in user surveys in other high-income countries. Although we currently lack good country-level data for most of Africa, Asia and Latin America, anecdotal evidence - including from contacts of mine in Rwanda, Bangladesh and Argentina - suggests that the situation is significantly worse in middle- and low-income countries. At present some of the most problematic platforms appear to be YouTube (one conspiracy video on the origins of the coronavirus racked up over 13 million views in India, before being removed), WhatsApp (users can share content with groups of up to 256 people, and the spread of fake news is harder to track due to message encryption) and private Facebook groups.

Clearly, more can, and should be done. Thousands of preventable corona deaths, widespread mistrust in legitimate governments trying their best to tackle the crisis, a further erosion of confidence in real science and experts. This is what is at stake if we do not step up our response.

Current strategies for tackling fake news used by companies such as Google and Facebook can be broken down into:

Points 2, 3 and 4 are already being tackled more or less successfully, though in the specific case of fake news or conspiracy theories related to the coronavirus, more aggressive strategies might be more appropriate.

For instance, concerning “2. Limiting the spread of fake news”: why is identified corona-related fake news still showing up on the Google News Feed or other content aggregators such as the Facebook Wall? Surely it would not be considered overly “political” for these companies to take the stance that they do not wish to actively promote harmful coronavirus fake news (rather than just letting it appear less prominently in news feeds).

For instance, concerning “3. Curbing financial incentives for spreading fake news”: why not take a more proactive stance, and completely halt ad revenue to web pages which have been identified as containing malicious coronavirus fake news? This need not apply to the entire content platform, but simply the specific web page on which the content is hosted.

For instance, concerning “4. Raising awareness regarding fake news and promoting reliable news sources”: on a web page which has been identified as hosting harmful coronavirus content, why not replace the usual ads with ads explaining the risks of fake news, with ads explaining how to identify fake news, or with ads linking to relevant websites which do provide accurate information on the coronavirus or on the topic discussed in the fake news article? This strategy has the advantage of directly targeting those Internet users most prone to accessing, believing and sharing harmful content.

However, the main sticking point, and the issue which must be addressed with urgency in order for any subsequent measures to be successful, is “1. Identifying fake news”. This should be done a) in a timely fashion, before harmful misinformation gains significant traction and b) world-wide, in all languages.

Currently, the Internet Giants rely mainly on in-house fact checkers, sometimes in cooperation with external independently accredited fact-checking organisations, to check content for fake or misleading news. This is supplemented by machine learning to prioritise reviewing of content which is flagged as suspicious. Obviously these teams are now working around the clock, and some companies have hired additional staff, but as in any industry, operations have also been hampered by the current lockdown measures. The current response is too slow and a lot of fake news is still gaining traction before being flagged. Another obvious issue is that these fact-checking teams are typically based in only a handful of (mostly Western) countries, and can only review content in a limited number of languages.

The solution is simple and low-cost: harness the good of the Internet, and set up an online platform to which anyone can sign up in order to help in identifying fake or misleading news. Despite earlier skepticism, user surveys have already proven reliable in distinguishing between trustworthy news sources and sources which are prone to sharing fake news. User-input can be weighed across different users’ responses to accurately identify fake news and remove trolls from the platform. This approach can be supplemented by expert input in order to refine machine learning algorithms. Responses from users whose judgement is consistently in line with that of professional fact checkers can receive a higher weight.

Allow citizens to join in the effort, by setting up an online community-driven platform for identifying fake news.

Millions of people are currently stuck at home with nothing better to do, and if the past few weeks have shown us anything, it’s that in times of crisis communities come together and individuals step up to the challenge in order to help in any way they can, whether it be through the sewing of homemade face masks, volunteering their time to health services or to community support groups, putting their computer resources at work to calculate potential remedies to the coronavirus, or indeed, monitoring online groups in order to remove harmful content.

In order to pool resources and maximise utility, setting up such a platform could be a shared effort between the Internet Giants. The results should be accessible to any organisation, so that smaller platforms with less resources can also start implementing their own strategies for tackling fake news. By prioritising content which is gaining most traction, and using machine learning to further expedite the process, a crowd-sourced platform should allow us to easily identify the vast majority of harmful content before it gains widespread traction, and it will ensure that this effort is world-wide, rather than concentrated in the most developed countries.

Obviously this strategy is no panacea to “cure the world of all fake news”. Additional creative solutions are still needed - particularly in order to tackle the sharing of harmful content in private groups - but the measures described above would be a good start. A supplementary approach suggested by advocacy groups, could be to implement more visible tools for flagging fake news directly in apps such as YouTube, WhatsApp and Facebook. Unfortunately this requires action on the part of each individual company, and a potential limitation is that individuals already reading or viewing fake corona news might be less likely to recognise or flag it as such.

There are of course legitimate concerns over using these types of community-driven approaches to identify fake news. Some types of fake news may be considered relatively harmless, entertaining (think the Flat Earth Society) or clear parody (think Belgium Doesn’t Exist!). Other types of fake news are subject to the vagaries of political preference or ideological bias, and such biases may pervade a community-driven response if participants collectively lean one way or the other on a political or ideological spectrum.

The current situation is different. Fake news on the coronavirus is neither harmless, nor is it subject to political or ideological preference. It is a matter of overcoming this crisis together. For once all of us - whether we lean Left or Right, vote Democrat or Republican, live in the developed or the developing world - we are all in the same boat, facing a common enemy.

A crisis such as the one we are currently living through presents an opportunity for reflection, and it can serve as a turning point, an accelerator of change.

To Sundar Pichai, Mark Zuckerberg, Jack Dorsey, Tim Cook, Satya Nadella, Jeff Bezos and other tech executives: you have billions of dollars and the world’s best computer scientists at your disposal. Please put them to good use and exercise a level of corporate responsibility appropriate to your positions as leaders of the technological world. This crisis presents a unique opportunity to change the narrative and demonstrate that you are, indeed, a force for good in this world.

To all the smart, dedicated people working at companies such as Google, Facebook, Twitter, Apple, Microsoft and Amazon: let your voices be heard, and I suggest you get hacking! 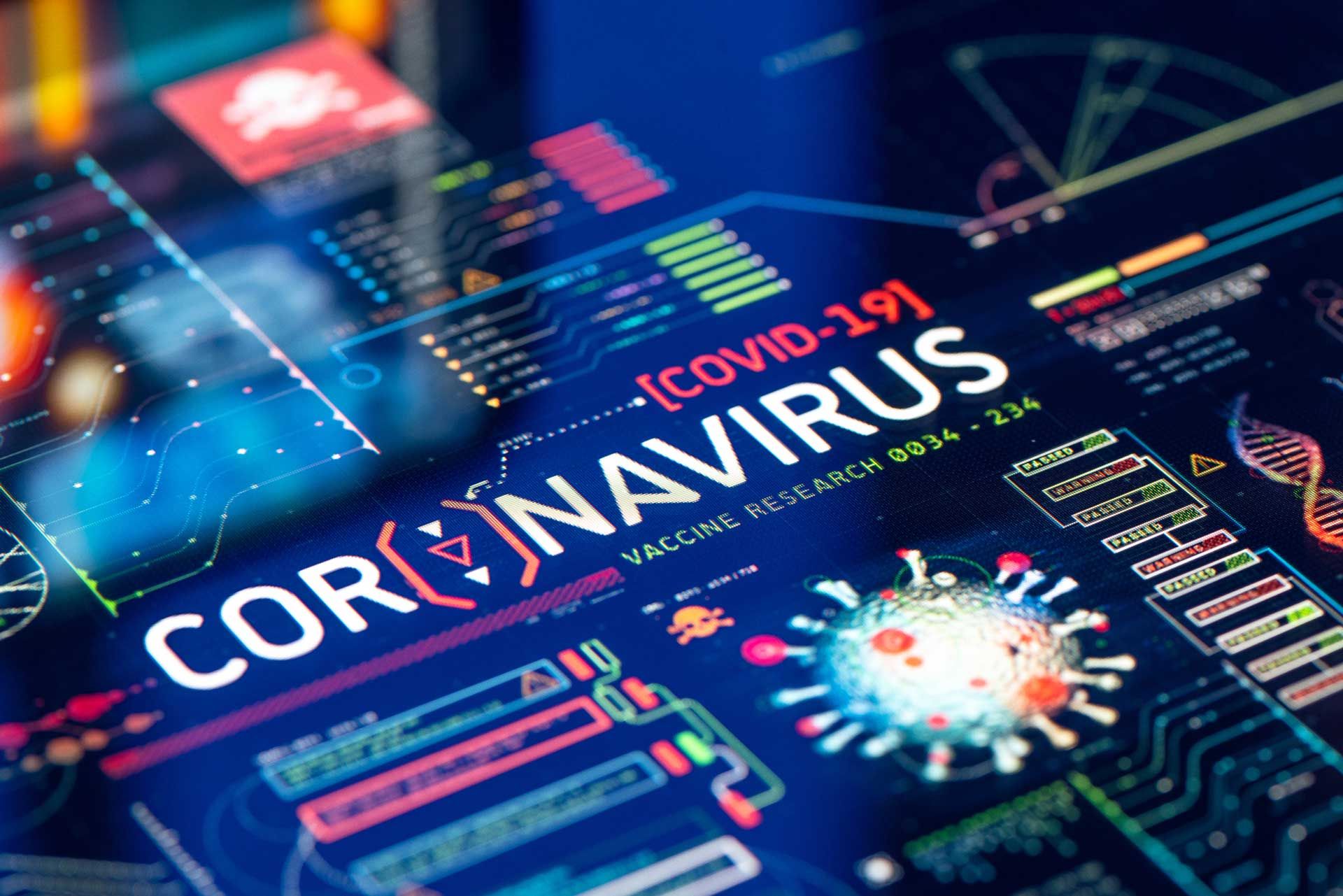