Facebook recently announced their new Libra cryptocurrency, a stablecoin set to launch in 2020 which will initially let users transfer money between Facebook’s Messenger and WhatsApp applications. However, the larger goal of Libra is to transform the global economy. In conjunction with other companies and partners that make up the Libra Association, including payments companies, technology companies, marketplaces, and venture capitalist firms, Libra has the potential to do just that. Having been involved in the cryptocurrency industry for the last couple of years there is definitely a reason to doubt how decentralized Libra truly is and if it can even be considered a cryptocurrency. However, one thing is certain, given the proposed makeup of Libra it could ultimately replace all current stablecoins, and quickly.

Libra is a stablecoin which will let users transfer money between Facebook’s platforms Messenger and WhatsApp. Users will exchange fiat currency for Libra coins which will be stored on the Calibra wallet. Users will be able to purchase Libra using their fiat currency or at grocery and convenience stores and load Libra onto their digital wallets. A user only needs to verify themselves using a photo ID and they will be able to use Libra to transfer money between Facebook’s applications as well as pay for products and services offered by other Libra Association members such as Uber or Lyft. 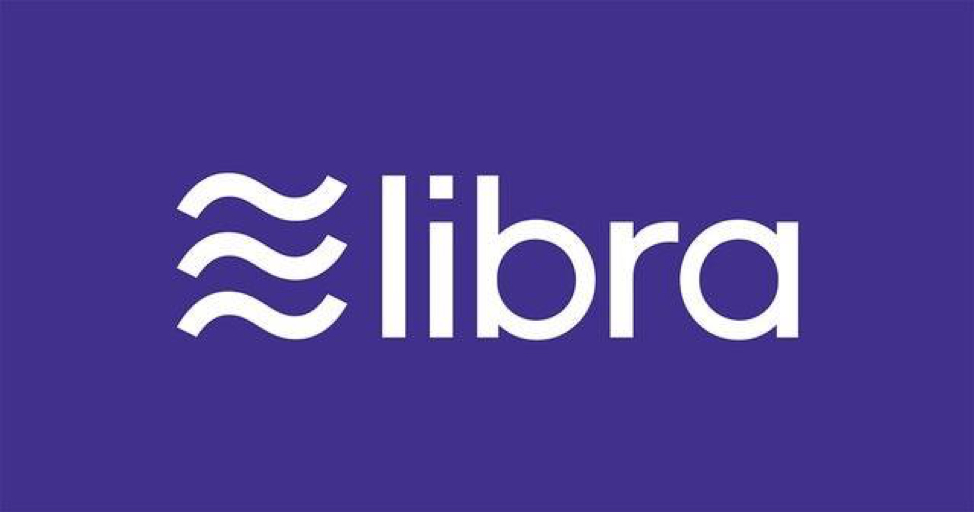 Calibra will initially be a digital wallet for storing Libra but Calibra it will also as a separate company to Facebook which will be dedicated to the Libra currency and their foreway into cryptocurrency. Calibra will become a wave of products and services based around the Libra coin. Users financial data is kept separate from their personal data on Facebook. The separation from Facebook also means that Facebook will not be able to use the data from Libra users for ad targeting or to sell to marketers. While one of the hallmarks of cryptocurrency is the fact that it is decentralized, Libra is in fact very centralized. Facebook has faced issues with user privacy and data leaks in the recent past so there has been skepticism about Libra. However, Libra is not controlled by just Facebook. In fact, Facebook says that you don’t even need to trust them to trust Libra.

The Libra Association, headquartered in Switzerland, is a 28 member group of companies including the likes of Visa, PayPal, Andersen Horowitz, Ebay and others control Libra along with Facebook. While Facebook is the major developer and initiator behind the project, they only have 1 representative and thus 1 vote as part of the Libra council. 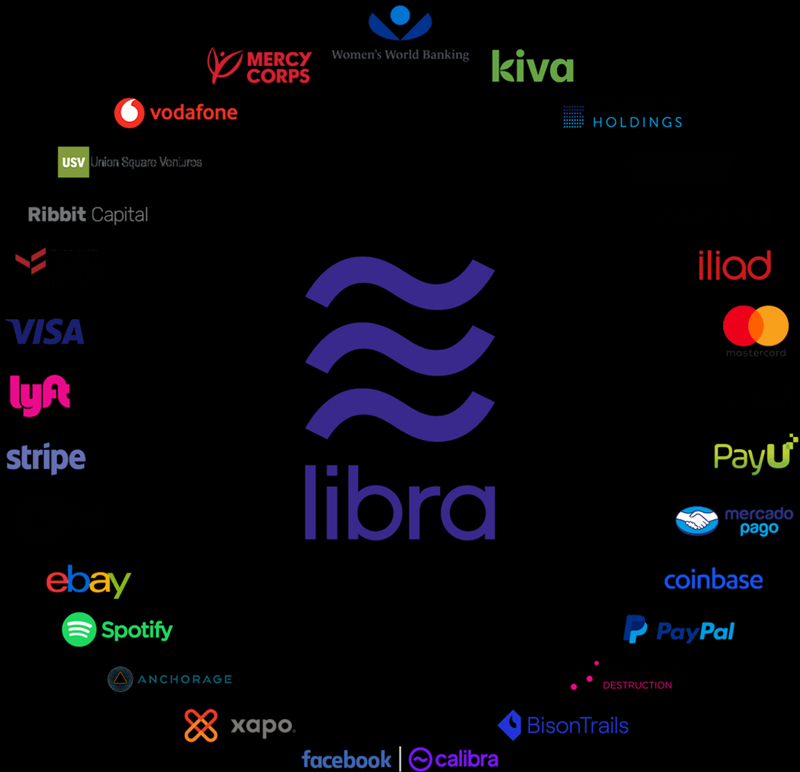 Each member of the Libra Association paid at least $10M for their membership seat and the voting power on the future of Libra on the council. This council also controls the Libra Reserve where all of the money used to exchange for Libra coins is kept. Libra’s value as a stablecoin is maintained not just by linking it to the value of the USD or GBP but to a basket of currencies of the most popular fiat currencies including the aforementioned as well as the euro and yen. This way even if one currency loses it’s value Libra will remain stable. The Libra Association members will then be able to earn interest from money kept in the reserve after operating and technology costs are accounted for. The interest each member of the association will receive will be proportional to the initial investment each made. If Libra proves to be successful and gains widespread adoption, this could yield tremendous amounts for each member.

Impact on Other Stablecoins

While Libra is yet to launch, it has the potential to essentially wipe out all other stablecoins currently in existence. There have been dozens of stablecoins launched in the last year but most of the transaction volume has been from Tether (USDT). However, Tether has had its fair share of controversy as well. The Hong Kong-based company behind Tether and Bitfiniex (iFiniex Inc.) was accused by the New York Attorney General’s office of taking from the dollar reserve to cover funds which went missing. This has put into question whether or not USDT really has the money in the reserve to back up the coins in circulation. Given the vast userbase of Facebook (around 2.4 billion users) and the financial powerhouses associated with Libra, it is unlikely that the Libra Reserve will face similar issues.

The purpose behind a stablecoin is to reduce the volatility which is abundant with other cryptocurrencies such as bitcoin and ethereum. This instability is the reason why cryptocurrencies have not seen wide scale adoption as a payment method in other industries. Stablecoins are tied to value of a fiat currency. In the case of tether, for example, it is tied to the USD. However, despite the dominance of tether or the existence of other stablecoins like TrueUSD and DAI, stablecoins haven’t quite caught on as a means of paying for everyday items by the average user.

Libra by its makeup solves this problem. Payment platforms such as Stripe and PayPal are members of the Libra association. These platforms already allow users to transfer fiat currencies easily. Libra will function more like one of these payment platforms than another cryptocurrency and will also be able to perform these transactions over the blockchain at a faster pace that most current transactions. The introduction of Libra and its ease of use will make widescale adoption easier. As more companies join the Libra association this will also increase the use-cases for Libra among association members. Any stablecoin wishing to compete with Libra will have a lot of work on its hands.

While Libra is a stablecoin and won’t have the price fluctuations associated with bitcoin and other cryptocurrencies that doesn’t mean that the other cryptocurrencies will suddenly disappear. In fact, Libra is likely to lead to more widescale adoption. Given Facebook’s reach and the potential power of Libra, it means that more and more people will begin to learn about cryptocurrencies and the fundamentals behind them, even if they only view them as a speculative device.

Libra could also achieve what bitcoin couldn’t in terms of being a payment method. Transaction speeds are much faster at around 1000/s compared to bitcoin’s 7/s, meaning the Libra is likely to be better received as a payment method compared to other cryptocurrencies. This could see other cryptocurrencies be fully embraced as an alternative store of value, especially if prices continue to rise. 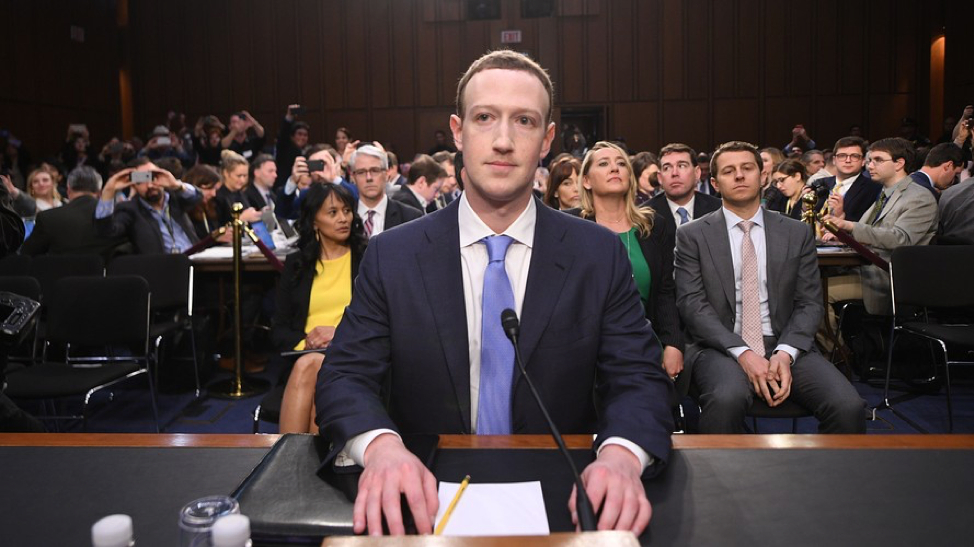 One issue which Libra faces is that it is not truly decentralized but part of a centralized Libra Association. Given the potential reach of Libra considering the platforms involved, some may wonder if this will make Facebook too powerful. Facebook has already had issues with privacy and due to the potential reach of Libra and the power it will bring, congress is looking to slow Libra in its tracks. Facebook, WhatsApp and Instagram went down for a few hours on July 3rd and caused the world distress. Imagine what could happen if they controlled a worldwide payment system which was integrated into everything we own. This is definitely something which has been raised in the US Congress and by finance ministers around the world, and they are looking to halt Facebook from moving ahead in the currently unregulated cryptocurrency industry.

During the recent hearings regarding the cryptocurrency on July 16 and 17 some of the concerns raised by the United States House of Representatives Financial Services Committee included their Facebook’s issues with privacy and Russian hackers and enforcement of AML laws.  Their concerns center around the fact that Facebook could hold too much power and information given their issues in the past and that Libra could ultimately threaten the power of the US dollar and other fiat currencies, let alone other stablecoins!

The announcement of Libra has already had an impact on cryptocurrency markets but we’re likely to see more twists and turns before it’s officially launched in 2020. Facebook’s new stablecoin has the potential to replace all current stablecoins given the large userbase of Facebook and the reach of the other members of the Libra Association. That potential has even seen US lawmakers worry about the impact Libra could have on the US dollar. One thing is for certain, Libra will leave its mark on the cryptocurrency industry one way or another. 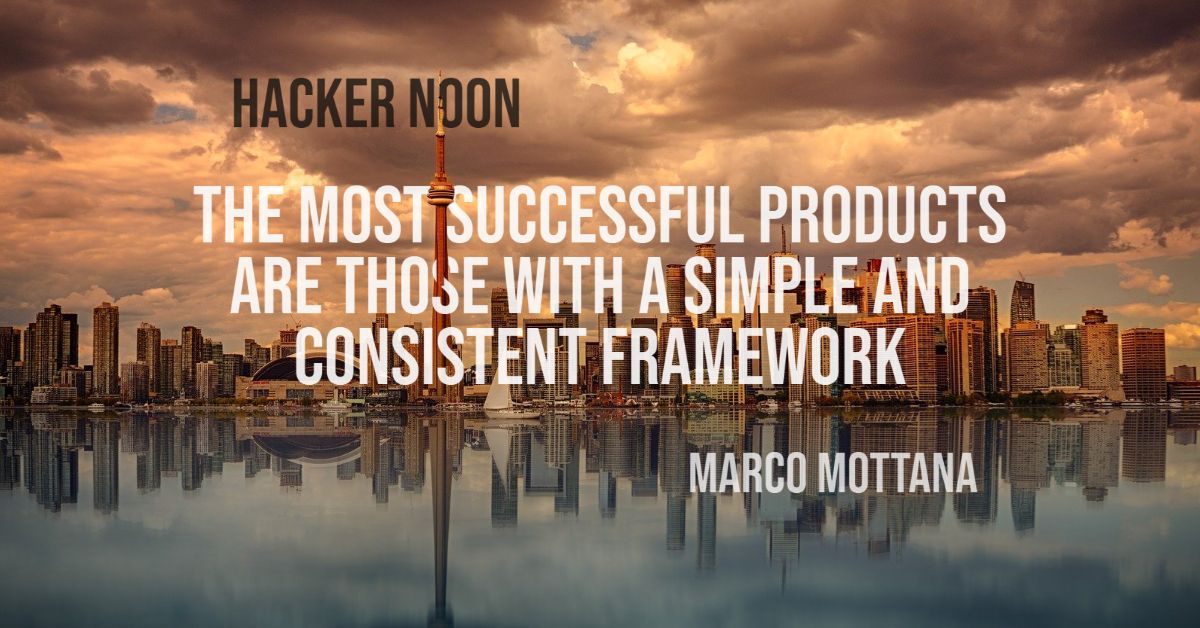