How does Bitcoin's Omni layer work? 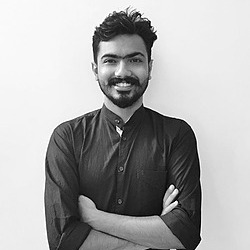 Omni has been built on top of bitcoin blockchain which provides a decentralized, distributed and peer to peer platform for trading. This trading platform came into being by the cumulative efforts of a team called Omni Layer who wanted to facilitate a simple effortless, trustless and peerless exchange between different parties without having to involve a middle person.
They are formerly known as Mastercoin which was developed in the year 2013. Omni was then launched followed by white paper’s description which said that its technology was released by JR Willet, the chief architect. The Omni price comes to around  $3.40 USD (0.00064752 BTC) and was placed 417 in a ranking released by CoinMarektCap in the year 2018.

A peek into their Key Features

Custom Asset
This acts as an interface between the main BTC blockchain and its users which facilitates the creation and trading of user-oriented custom token or cryptocurrencies. These may represent values like the right to certain intellectual assets and other cryptocurrencies if any.
These tokens can be sold and bought anytime which digitizes and decentralizes the whole process of value exchange between peers. These are secure with its irrefutability of BTC blockchain transactions.
Decentralized transaction
The user-created currencies and tokens can be traded over freely through the Omni protocol in a decentralized manner. The seller can avail of an issued transaction with an amount expected to return to the Omni layer.
Anyone who fulfills the criteria and has the transaction capital in their wallet can perform the transaction readily. There is no transaction fee unless consumed from the resource.
Enhanced stability, ease of adoption and security
The BTC is one of the largest blockchains in the world in terms of its hashing power. Omni, being a BTC implementation primarily, gives the benefits of BTC network stability and immense hash rate. Since the nodes in Omni are similar in design to that of BTC nodes, the cumulative stability and security of this platform increase automatically.
This makes it convenient for the Omni/BTC user.
Crowdsales
Decentralized crowdfunding is easier now with Omni. The participants can send in their bitcoins/tokens directly the issuer address and Omni Layer will be delivering the concerned tokens to the sender, without any external third party association.
How It Works?
Omni was developed primarily on top of the bitcoin blockchain. It is not a cryptocurrency but is a layer which provides advanced exchange features like custom currency, decentralized trading, smart contracts et al. Since it is a layered protocol for the Bitcoin system, all Omni tokens can technically be referred as tokens of the Bitcoin blockchain, with exchange or wallet that supports BTC.
It automatically supports OMNI tokens without any major updates to its configurations. The concept of it is quite familiar to that of the HTTP and TC/IP relationship where the TCP/IP is forming a connection between peers which enables data transfer through HTTP.
Omni is similar to an HTTP layer that is over the TCP/IP of Bitcoin. This enables features such as smart trading of digital assets, contracts, decentralized crypto exchange and even exchanges of digital value.
Being a platform that is built on top of the BTC blockchain, the transactions pertaining to OMNI are all recorded and assessed by the Bitcoin network. The current configuration time is 100 blocks.
The Omni Core v0.3.1 has introduced two additional new commands which will allow the transaction created by the Omni layer to be paid and funded for through different sources.
The first new additional command can help in transferring a certain amount of token when you can pay for the Bitcoin fee through a different transactional source.
The other one can sweep all the token from a singular ecosystem while availing the transaction fee payment through another. The tokens here are fundamentally categorized into two separate ecosystems i.e. the main and test ecosystem.
These are just labels and it’s up to the user’s volition to place the token wherever they feel. With the command , the token of the mentioned ecosystem is transferred and swept as a whole from the available token balance in just one step.

Who Should Consider Crowdfunding: Checklist