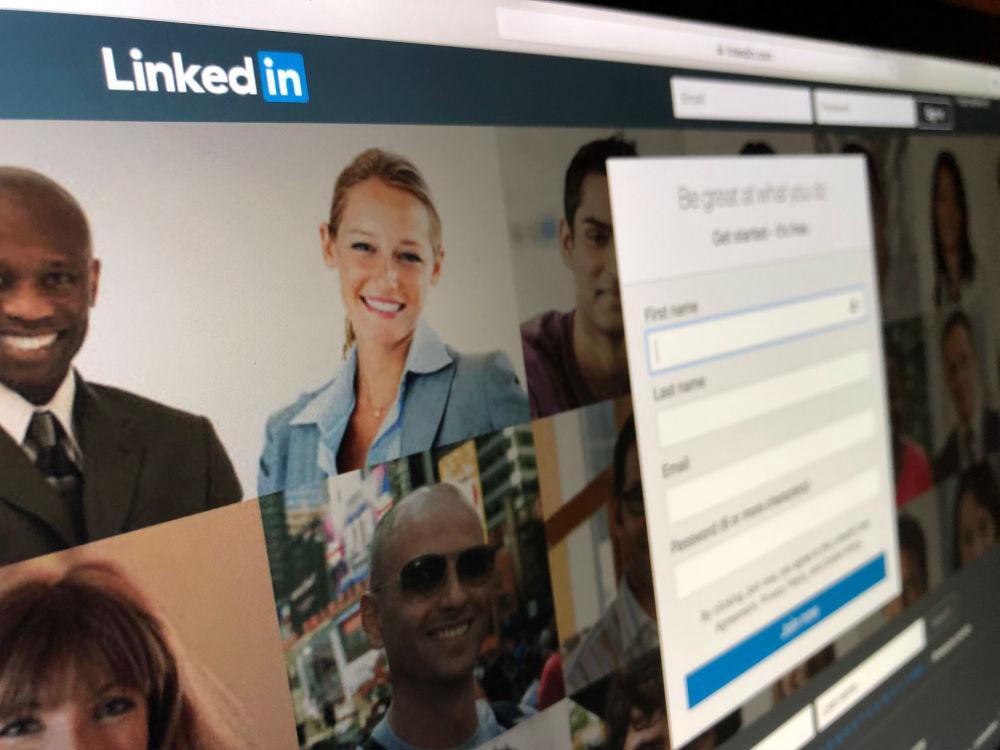 Sign up. Fill out form after form. Apply for jobs. Network. Repeat. These are the common steps that individuals take on sites such as LinkedIn. What’s lost in the process is how LinkedIn uses that personal data uploaded by users on their site to sell to advertisers, data firms, and other companies around the world. While that benefits them greatly, the user gets nothing in return.

One of the main reasons for using a service like LinkedIn is to build new networking connections for the user. We’ve all been part of this system and have seen firsthand what it’s like to blindly follow the protocol as requested by sites like LinkedIn. We don’t question anything, because at the end of the day at least we’re getting what we think we need.

We believe the ‘fair trade’ in return pertains to getting a digital business card. After that, LinkedIn and its users part ways and nobody thinks twice about the agreement, when in fact, users are getting the short end of the stick. Users don’t realize what’s happening on the back end because that’s not their primary focus. On the back end, LinkedIn is making an excessive amount of money by selling data that belongs to you, yet for which you receive no financial return. Not to mention the privacy, security, and value of your personal information that’s given for free.

LinkedIn has three different ways of making money from a user’s data, and it starts the moment a user clicks and fills out all of his or her personal information. First, they use established partnerships with data firms that pay LinkedIn for a user’s data so they can sell it to their advertisers. Case in point with huge data company, DataSift, who works with major companies such as LinkedIn, Facebook, and Twitter. They’re one of LinkedIn’s largest paying customers for your data and are willing to spend big money for big data. Now, the first piece of the money funnel is in place and the race is beginning. Domino number one has fallen in the LinkedIn process. Benefits go to LinkedIn and many companies like DataSift. Benefits for the users remain zero.

Second, LinkedIn knows the information that companies like DataSift receive will now be sold to millions of marketers who will then start creating ad campaigns on LinkedIn. That’s a two-for-one deal. Not only do they get paid from major companies who want a user’s data, they also get the drip effect from marketers now paying to target individuals.

LinkedIn makes in excess of $450 million in advertising alone and is growly rapidly. You receive a digital business card. Doesn’t sound like a fair deal, does it?

How Crypto is Fixing LinkedIn Flaws

Blockchain and cryptocurrencies are the tools to fight the old-fashioned and centralized reality established in many industries. Similar to banking, where you get 1% interest on a savings account but pay 25% interest on a credit card, LinkedIn is doing whatever it wants with your personal data while giving you nothing in return because there was no real alternative until recently.

But now there are a number of crypto startups using blockchain technology to fix this. Below are the ways they attack this problem.

Reward users for their data

The first and most obvious way is simply not to act like LinkedIn and reward users in a fair way. This is what the soon-to-launch Snovian.Space project does. This new platform rewards users for information they share. To use the system, users register and complete their profiles with skills and contact details.

Once he or she agrees to be contacted by a business interested in his or her skill set, the payment of project tokens will be sent to user’s ETH wallet.

Another project aiming to allow users to earn profit from their information is Datum. This is a decentralized and distributed high-performance database backed by a blockchain ledger that also includes a marketplace where users can share or sell their data (it isn’t possible to identify a certain person, however). The terms of such deals can be individual.

Highlighting the best, not the ones who pay

Another problem of LinkedIn’s approach to making money is that this service highlights profiles of users who chose to pay, and not the ones who are actually are a better fit for a certain job.

Blockchain avoids this problem and provides trustworthy information about the potential employee’s history and credibility. This is how MoneyRebel works. It’s a marketplace that brings together crypto-skilled advisors and newcomers who want to explore the world of crypto. Ratings of advisors are maintained on blockchain that eliminates the problem of trust between counter-parties.

When Microsoft purchased LinkedIn in 2016, they paid about $260 dollars per individual’s data. That’s great business when you have 433 million registered users. The price of accessing prime, elite-specific data from users is extremely high when you work with LinkedIn or similar centralized service. And you still can’t avoid canvassing thousands of potential of leads until you find the right individual’s data.

Blockchain-based tools can significantly reduce prices in this market and make the entire process of finding suitable profiles much easier. For example, Snovian.Space provides businesses an opportunity to create custom audiences and pay tokens only when they find the user they desire.

Blockchain technology allows the creation of a better version of LinkedIn. The days of paying for data and having your data sold for nothing in return are rapidly coming to an end. Creating more enticing options for their users will add to their rapidly growing platform, which means businesses will have a much larger pool of candidates from which to pick. While this by itself is a win-win situation for all involved parties, it gets better because everyone receives benefits.

Related Stories
Subject Matter
Join Free TON Community and Participate Contests! by @Free TON
#promoted
5 Practical Tips to Become a Better Programmer in 2020 by @alexlash
#programming
Dogecoin: Everything You Wanted To Know About This Memecoin Making A Mockery of 'Serious' Crypto by @@nawazmohammed
#cryptocurrency
DeFi on Alternative Blockchains Differs Radically from Ethereum by @ks.shilov
#defi
The 'UNKNOWN' Bug On Uniswap Continues to Plague The Platform by @therealsjr
#uniswap
How NFTs Work And Why They Are A Bridge Between Digital World And Real Life by @alfredodecandia
#nft
6 Medical Blockchain Solutions for Clinical Trials by @ks.shilov
#blockchain