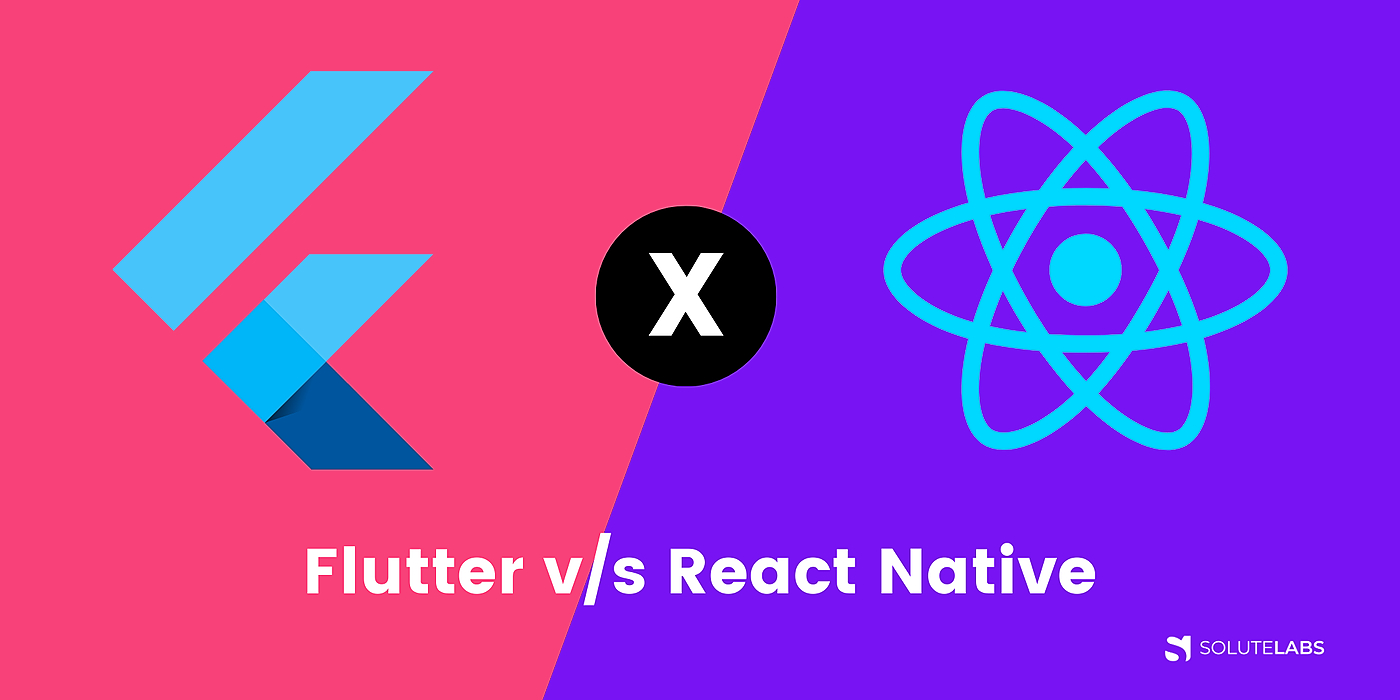 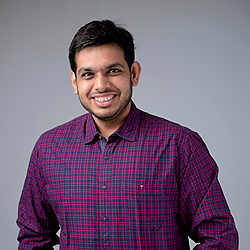 Two technologies that help create mobile apps are earning a lot of traction- for all the good reasons- React Native and Flutter.

If you look at the Google Trends for Flutter Vs. React Native and check what’s trending, React Native wins here but Flutter is catching up!

These two technologies have a lot of things in common. Both allow developers to create native apps with a single codebase. This means:

But, React Native and Flutter differ in a lot of the details, which can easily confuse you as to which of both is an ideal choice. Here’s a comprehensive Infographic and a FAQ section to help you decide.

What is the basic difference between Flutter and React Native?

Why is Flutter gaining so much popularity in 2019?

Flutter’s widgets for Material Design and Cupertino are helpful in rendering UI easily on both Android and iOS. For its high developer productivity, easy and painless set up on CI/CD services with CLI tools, and reliable support from Google, Flutter has become instant popularity in 2019.

Who has better performance?

Consider the performance factor, and you see Flutter easily winning. The standard for Flutter is 60 frames per second, a rather high standard for React Native. React Native uses JavaScript Bridge to initialize screens and so doesn’t work as seamlessly. 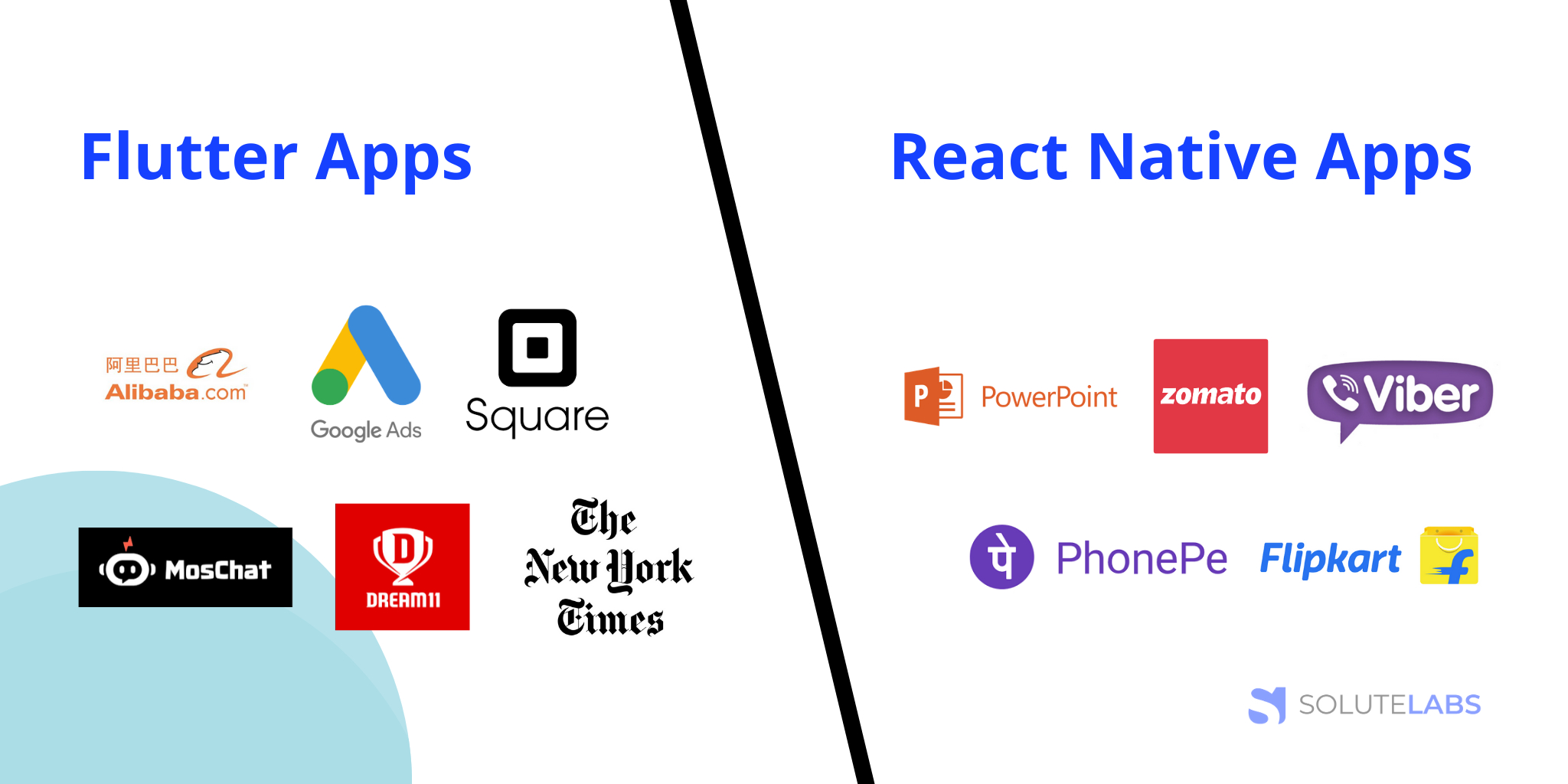 Assume you are building a taxi booking mobile application. Such an application will make extensive use of the location tracking feature. When the app is not in use, the feature will still do its job in the background. This will make the mobile app resource and power-extensive.

When built with React Native, such a mobile app can drain a lot of battery power and impact CPU cycles. As a matter of fact, React Native is better suited for simplistic apps with fewer features and a simple interface.

Is Code Push a significant reason to choose React Native over Flutter?

It’s exciting to be able to push bug fixes in real-time for your users. The ‘hot update’ or ‘code push’ feature of React Native allows developers to apply patches without having to go through the app store release process again. Futter does not support this feature at all.

While it looks like added flexibility in code development, it helps to know that Apple rejected some apps with the ‘hot code push’ feature. The issue with such apps is that they update native code on the fly. Apple rejected the apps as there could be a vast difference in these apps after code push, impacting whether or not Apple wants to approve them.

A substantial restriction on using code push is that you are not supposed to make major changes to the app’s functionality OTA (over the air).

Who has better support and community guidance?

React Native came about earlier than Flutter. Naturally, this has its effects. One of React Native’s standout and immediate benefit is community support, which is still scanty with Flutter. React Native’s community accelerates the growth of the framework and makes it the better option for creating quick MVPs.

Despite that, the number of components in Flutter is growing faster, showing Flutter’s community is more active. While Flutter has 5,600 issues and 109 pull requests, React Native only has 400 issues and 78 pull requests.

Who has the shorter learning curve - React Native or Flutter?

For someone familiar with JavaScript, learning to code in React Native will be like a walk in the park. Dart is a natural fit for developers who know Java and C#. In and of itself, Dart is an easy-to-learn language. Developers familiar with other OOP languages such as Swift and Kotlin will also find Flutter easier.

Besides, if you have no background in either, Dart will be much easier for you to get into than JavaScript, as the former does not have the unique characteristics that catch developers off guard in JavaScript.

Is Hot Reloading a significant reason to choose Flutter over React Native?

Flutter’s hot reloading has got the developers drooling. With this feature, Flutter offers more dynamic and faster mobile app development. Developers can make changes to the code OTA and the application would immediately reflect them.

The hot reloading typically takes milliseconds to reflect the made changes. This feature can be a savior when you want to fix bugs, add features, or try out innovative ideas instantly. Hot Reload is also a nice-to-have for developer-designer collaboration.

Therefore, Hot Reloading might well be the feature that makes up your mind about picking Flutter over React Native.

Should I learn - React Native or Flutter?

JavaScript is the most popular programming language out of the two. But, for someone unfamiliar with either, Dart can be a breeze to learn and code into. If you have any experience with object-oriented programming, learning Dart will be child’s play.

Coming to the potential in the two frameworks, we clearly see Flutter becoming the next popular framework for cross-platform app development. Therefore, this might be the right time for anyone to equip themselves with the skills in Dart to take the plunge into a refreshed career when Flutter becomes the rage.

React Native is a popular cross-platform development framework today. But, looking at the future potential of Flutter, it might be more suitable for you to think about a career in Flutter app development.

For developers considering a career in either React Native or Flutter, we incline toward Flutter. Since the technology is still increasing in popularity, this is a rising tide. An opportunity for developers to embark on a career in Flutter development now so that they can upskill and be in demand when Flutter becomes the talk of the town.

When to NOT use Flutter?

When to NOT use React Native?

Steer clear of React Native when:

Hope you found this article useful - Do share it for positive karma :)

Musings: What the tech world saw in Kotlin