Everything You Need to Know About Android 10 - Features, Highlights and More! 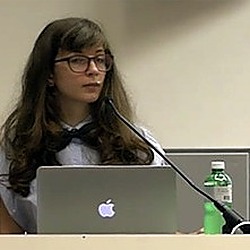 A recent development in the android circuit that has been circulating about the launch of Android 10 that has been released by Google on September 3, keeping aside all the rumours that have been going around the naming convention of Android 10 which was earlier named as Android Quiche.
Google has broken the earlier naming conventions of naming Android Version updates on the names of sweets which has seen a turnback this time with the release of Android 10 which was not named after a sweet.
There were other speculations that have been going around android 10 features, highlights, and updates which has been busted by Google when it released the Android 10 version initially for Google Pixel Smartphones.
So, If you own a Pixel phone, you can go to Settings > System > System Update. And, if you have a phone from a different manufacturer, the timing of when you'll receive the update can vary from a few weeks to several months. Some vendors, however, did participate in the Android beta program by providing test builds for their handsets. For those devices, you can expect a shorter wait time.
Meanwhile, I will take you through the ultimate checklist for Android 10 features, highlights and more.

What to expect from the latest Android Version?

The biggest focus for Android 10 recent developments has been related to the user’s privacy.  Android 10 supports extensive changes to protect privacy and give user access control, with improved system UI, stricter permissions, and restrictions on what data apps can use.
With the recent developments in Android 10, users can now control location data for the apps while the app is actually in use ( in the background). For most of the apps, this provides a sufficient level of access, while for users it’s a big improvement in transparency and control.
2. Dark Background Theme is Here:

With the System-wide Dark Background Theme, you can manage your phone’s battery shelf life and consumption through low background light. You can also customize the theme as per your preference from your current theme dynamically.
3. Live Caption:

One of the attractive Android 10 features is live captions.The live caption feature will automatically add captions and subtitles for the media playing on the phone be it audio, video, and podcasts, etc. The ML recognized speech model runs right on the phone leaving no audio stream, ever leaves the device.  Google has been planning to collaborate with partners to launch the Live Caption feature at a wider level.
4. 5G Networks:

The recent developments in Android 10 support platform support for 5G networks for faster speed and lower latency. It also extends the support of APIs that can help in taking advantage of 5G. You can use connectivity APIs to detect if the device has a high bandwidth connection and to check whether the connection is metered. With these, your apps and games can create tailor rich, immersive experiences to users over 5G.
5. Foldable Devices:

The foldable phones are one of the eye catching android 10 features, It will ultimately hit the market in 2019. To cope with the market standards and feature compatibility, Google’s Android 10 has come up with foldable specific encounters and features.  Keeping multi-tasking and multi-window support in mind, Android 10 has come up with the feature onPause and onResume for assisting multi-resume and notifying your application when it has focus. It has also transformed the function of the resizable activity manifest feature to help developers handle how their app is shown on large and foldable screens.
6. Smart Reply In Notifications:

With the latest advancements in Android 10, you can use on-device ML to suggest contextual actions in notifications, such as smart replies for messages or opening a map for an address in the notification. It was developed keeping user privacy in mind. You can take advantage of this feature right away, or you can opt-out if you’d rather generate your own suggestions.
7. Gesture Navigation:

With Android 10, a full gesture navigation mode has been developed to eliminate the navigation bar area and allow apps to use the full-screen to deliver a richer and more immersive experience.
8. Security Updates:

Initially, Google only rolled out Android version updates, keeping the security aspect intact, Google has now introduced to roll out the security updates that can be downloaded or upgraded on your mobile phones, safeguarding your phones from security theft and hacks.
In Android 10, Google has introduced even more features to keep users secure through advances in encryption, platform hardening, and authentication.
9. Enhanced Sound with Sound Amplifier:

With Android’s 10 Sound Amplifier, you can easily eliminate and filter the background noise. You can easily fine-tune to hear clearly what you want to hear through your headphones be it a movie, web series, etc.
10. Featuring Family Link For Parents:
Currently, the family link is the part of every Android Device be it Android 9 or Android 10.  With the Family Link App, you can monitor your child’s digital habit online. You can monitor screen time, manage apps and guide content to your loved ones.
You can also monitor your child’s location while they are on the go which can help in protecting and safeguarding your loved ones from vulnerable danger or threats.
11. Boasting Unique Privacy Features:
If you are thinking these features are enough? Then hold on!
Android 10 boasts some exclusive privacy features. For beginners, users can have all the privacy settings like Ad Settings and App and Web Activity in a single place.
Moreover, users can decide where all information will be stored by the applications and for how long it will be stored. Additionally, users will get a choice of opting out in the case of ad retargeting and personalization.
The above stated were the few features which you can expect in Android 10! So, if you want to upgrade your phone for the next android revolution. You can upgrade or update your operating system right away.