Everything is Impossible Before Someone Does It 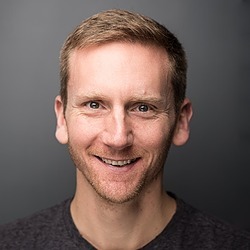 During the 1930s, there was a frenzy for mountain climbing in Europe, driven by some advances in technology, and a modernist zeal. Pre-eminent among these grand challenges, was the lust to climb the North Face of the Eiger, a mile-high sheer face of rock, the largest in the Alps, perpetually in shadow, and shrouded near the top by the dreaded “White Spider” ice field.

“The northern drop of the Eiger falls in its entire expanse terribly steep to the valley, it is so to speak a single giant cliff face which one gazes at in horror and admiration. Only in places, such as Mittellegi, in the fissures of the upper summit mass and the couloirs and cavities where the smooth rock is ruptured more deeply, does the eternal snow cling.” / Gottlieb Studer, 1850

This was considered by many to be an unclimbable mountain face. Wags penned its nickname, “the Widow Maker”, and its name in German “Nordwand” (North Wall) was punningly transferred to “Mordwand”.

It was so dangerous the Swiss authorities actually banned people from attempting to climb it. But people tried, and many would die.

Toni Kurz
During the 1930s there were a series of incredible escapades on the mountain, and a number of tragedies, culminating with the terrible series of events of the 1936 Eiger disaster, which ended with Toni Kurz cutting away a rope carrying his dead comrade after an avalanche killed the other three in his party.

Kurz then heart-breakingly died hanging on a rope, unable to free himself as one whole arm had frozen solid, and with the outstretched finger-tips of his rescuers touching the end of his crampons but unable to get closer.

Of the 8 unsuccessful attempts between 1935 and 1938, half the people who attempted it died. There is an incredible account of this in Heinrich Harrer’s book White Spider, but suffice it to say, people thought it was impossible.
Finally in 1938 a team of four climbers, including Harrer took three days to climb the wall, camping overnight in Bivouacs on the sheer face.

Heinrich Harrer and friends, 1938
Fast forward seventy years, and a man named Ueli Steck, one of the greatest mountaineers in his generation, climbed the North Face of the Eiger at incredible pace cutting the three day climb down to 2 hours 47 minutes using exactly the same route as Heckmair original 1938 ascent
He ran up.
It is worth watching, he literally is running up the Murder Wall.

How did we get from there, to here?
Well someone figured out it could be done, then everyone knew it could be, and that changed the way people approached it…they literally started flying up.
Take a look at the timeline of all the attempts on the Eiger during the 30s, 40s, then the 50s, with the key 1938 first ascent noted:

Who says what is impossible

“It is either easy or impossible.” — Salvador Dali

It is this way with technology, things that seem obvious in hindsight are not obvious before they’re done. There is a good analogy made by Paul Graham about ideas, any given business may not exist for a couple of reasons
(1) no one has thought of it yet
(2) people think of it all the time, but it never works.
Clearly from the outside, it’s hard to tell the difference between those two.
More interestingly, the opportunity profile of an idea changes over time, so something that might fall into the second category, will move into the first because of some underlying change in the world.

Why is that? These were all smart people, they were pitching to all the tech bros from Stanford, no-one would doubt they are all pretty smart people.

The reality is, that which is obvious in hindsight, rarely is in foresight. If no-one has created a global taxi company platform before, and frankly taxis never made anyone that rich, why would it be a good pick?

Big changes happen slowly, and the smart people are right, all the way up to when they are not. The paradigmatic change, but also partly because no-one knew that that thing was even possible.
As soon as the first success happened, we then have the floodgates open, and now we are where we are with electric scooters falling out of every cupboard and giant piles of abandoned bicycles which we are all sharing.

The next entrepreneurs who are going to change the world, are probably building something right now, or considering it, that the rest of the smart people in the world currently thinks is pretty dumb.
Timing any innovation is tricky — because if it’s obviously a good idea then plenty of other people will be in there already and fighting. As Peter Thiel said most bad ideas look bad, but the best ideas also look like bad ideas simply because their opportunity is unclear, and are breaking the paradigm in some way.
Not too early, not too late, just right.
(Featured image: The North Face of the Eiger, AKA Mordwand)