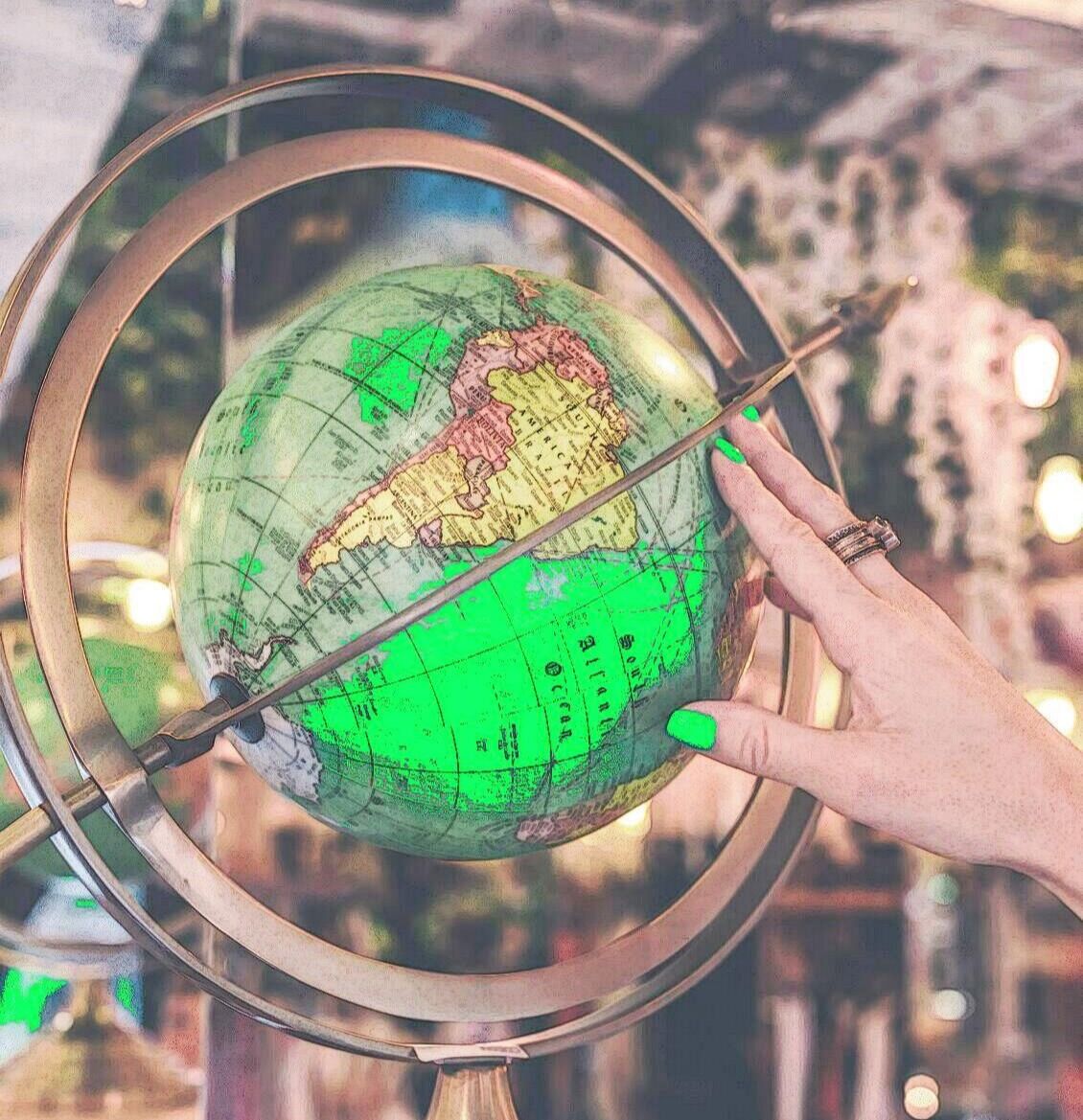 Diversity in tech is needed for so many reasons:

Without diverse perspectives, how will the startups of the world build tools that connect us all, help us search for and discover new things, and innovate in an equitable and inclusive way?

Just imagine what would happen if fewer people were rejected because of their gender, ethnicity, sexual orientation, or disabilities.

We could have a far wider selection of products that work for everyone.

We could discover more efficacious solutions to our daily problems.

We could experience a deeper sense of belonging.

Pinterest was able to improve its search function by encouraging its product and diversity teams to collaborate.

These ideas and examples are important.

Through the process of building a recruiting tech startup used by hundreds of companies worldwide, my team and I have gained invaluable insights into what works and what doesn’t in inclusive tech hiring by exploring our users’ hiring processes.

I feel compelled to share some of that insight, so I'll be sharing three steps that you can take right now to start improving diversity and inclusivity in your technical team (they’re that simple).

But first, let’s have a look at the state of diversity in tech.

Not great. If you look at some of the biggest tech companies, you’ll see just how underrepresented many groups are… and how little the needle has moved in the past six years.

For example, here’s how the percentage of women in technical roles at Facebook have changed from 2014 to 2020:

Other Big Tech companies have similar track records. For example, 2.4% of technical roles at Google were filled by Black workers in 2014. Today it's increased to about 3.7%.

There are plenty of possible reasons for this. None of them are good excuses.

And not everyone has the same opportunities. Two-thirds of white students have a computer at home, while only 50% of black and hispanic students have one.

At the same time, McKinsey reports that companies in the top-quartile for ethnic and cultural diversity on executive teams were 35% more likely to be profitable than other companies.

As this UN report shows, the tech sector could generate an additional $300-370 billion in annual revenue with representational racial and ethnic diversity.

Plus, Glassdoor found that 67% of job seekers look for workforce diversity.

There is plenty of data to back up the business case for more diversity and inclusivity in tech.

But what can you do to actually improve diversity and inclusivity at your own company?

While Big Tech can hire a DE&I Officer (that's Diversity, Equity, and Inclusivity) to create yearly reports and implement larger initiatives, smaller companies or teams may not have the same budget or bandwidth.

Fortunately, you can start improving diversity and inclusivity today with a few simple steps. As promised, let's dive in:

#1: Fill up your pipeline with underrepresented candidates

Too often, the excuse for overlooking marginalized candidates is this:

“There’s not enough talent out there.”

That statement is false.

Out of all computer science and engineering graduates with bachelor’s degrees or advanced degrees in 2015, 8% were Hispanic, 6% were Black, and 18% were women.

Yet all together, they only make up 19.6% of the tech sector.

So, what’s the real problem?

Many tech companies limit their recruiting focus to schools like MIT, Stanford, and the Ivy League.

But only 8% of Ivy League grads are Black (which itself is an issue but not one we sufficiently dig into here.) Similar numbers are found at other "prestigious" universities.

So instead of looking to prestige for signals on who you should hire, your company should source applicants from other, more diverse places, such as meetups and minority-focused coding or technical groups.

If you need a Big Tech example to justify that strategy, look no further than Slack. Some of its recruitment avenues include all-women’s coding camps and programs that train Black and Latino programmers.

So rather than compete with Big Tech at Stanford, MIT, Harvard, and UC Berkeley, send your recruiters to Howard and other excellent Historically Black colleges and universities offering ranked CS programs.

A great example comes from our client, Babbel. Their Neos program is a 6-month long paid mentorship program for new and self-taught software engineers. The mission of Neos is to provide opportunities to often-overlooked candidates, and since retention from Neos is over 87.5% after two years, they simultaneously accomplish the goal of improving team diversity.

Another easy way to improve diversity in your applicant pool is to do what Pinterest did. Its internal study showed that when recruiters subtly prompted their team to refer talent from underrepresented groups, they received 55% more of those referrals.

#2: Create a hiring process based on skill, not pedigree

Hiring is difficult because there will always be bias. Everyone has plenty of unconscious biases that they aren't aware of.

The best way to ensure that they don’t keep your team from hiring the best candidates?

Simple: set up a hiring process that aims to eliminate bias.

During the interview process:

We always recommend that our users conduct their interviews as objectively as possible by creating a detailed checklist before the interview.

What skills and characteristics does a successful candidate have for this position? Why?

Write these down and make them as specific as possible so that there’s little room for own interpretations.

Then, create a list of behavioral questions (instead of yes/no questions), such as:

“Can you tell me about a time when you faced a challenge?”

And take notes about their answer. Always ask candidates the same questions in the same order.

This way, you get answers you can compare and assess based on facts, rather than feelings.

Unfortunately, plenty of companies get them wrong.

The universally loathed way of getting it wrong is the whiteboarding challenge, i.e. the in-person interview where candidates "demonstrate" their programming skills on a whiteboard. The digital version of this is the live-coding interview which takes place on platforms like CoderPad.

I write "demonstrate" in quotes because this really is nothing like programming and requires extensive practice outside of your typical programming work to perform well in the interview. Whole careers have been devoted to helping candidates ace the whiteboard interview.

In any case, research actually shows that they are bad for inclusive hiring.

Instead, use a take-home coding challenge.

If it works for Basecamp and Slack, it'll probably work for your company, too.

With take-homes, candidates complete the coding assessment wherever they want and at their own pace. Because of this, take-homes are much better suited as an objective way to measure skills than whiteboarding challenges.

To ensure inclusivity, you will likely need to offer some extra accommodations, such as providing a quiet working space for busy parents who might otherwise not have the possibility to complete their challenges at home. Offering these types of accomodations up front is the best way to ensure accessibility to all candidates.

#3: Make it possible for everyone to advance in their career

Think it's outdated that some people aren't able to advance in their careers because of their gender or ethnicity?

Women only make up 14% of management roles within STEM. Its even worse for Black, Indigenous, and People of Color (BIPOC).

This makes it hard to retain diverse talent.

After all, who wants to stick around if their contribution isn’t valued? There's a nasty Catch-22 situation at play for BIPOC tech workers, who often never achieve leadership positions nor have anyone advocating for their advancement due to the lack of BIPOC role models in leadership positions to pave the way.

The company wanted to change things, so they analyzed the firm’s employee engagement surveys. Surprisingly, women lawyers were consistently less likely to aim for partnership compared to their male co-workers.

By following up on these results, the firm realized something important.

The factors that would make partnership attractive to women were very clear: flexibility, access to high-profile engagements, a more diverse firm, and more women role models. Without these factors, partnership was not aspirational for them.

By implementing an action plan based on these insights, the firm was able to increase the number of female partners from 26% in 2015 to 40% in 2018.

It goes to show that change IS possible, but your entire company must actively and purposefully pursue it.

Unfortunately, I don't have a great example where the same strategy was implemented for BIPOC employees. But it needs to happen.

Start by asking your existing BIPOC and underrepresented employees if they imagine themselves advancing their career at your company, and if the answer is yes, start taking steps to actively support that journey.

If the answer is no, make a concerted effort to uncover the systemic reasons for that limited perception of advancement. What is happening day-to-day to cause underrepresented candidates to not want to advance in your company? Identify those factors and change them.

Increasing diversity and inclusivity in tech is something that affects us all. Every company can take steps to improve the situation, and it doesn’t need to be complicated or costly. It simply requires a concerted effort.

Start with the small steps (like asking your team to refer to diverse candidates) and continue with the more advanced steps (like gathering and analyzing data and designing better hiring and career advancement processes).

In the end, you'll improve your own product and company culture. You'll realize a more creative, innovative, and motivated team, and you'll build solutions that solve problems for a bigger audience.